Now, I know food court sushi isn’t exactly fine dining, but in a sea of different things to eat at Metrotown, I like to know my options.

Izumi Sushi has been around since the food court was located downstairs, in a dark, ghetto kind of area in old Metrotown (remember that?). And since I was a teenager spending far too many weekends at metrotown, I’ve been frequenting this sushi stand. I haven’t quite decided whether I keep going back for nostalgia’s sake – considering the sushi is just okay – or whether I do truly enjoy the meal.

Izumi is located between Burger King and Nando’s, if you’re trying to look for it. Today I got what I always get – Combo 4 w/sushi which costs less than $10. 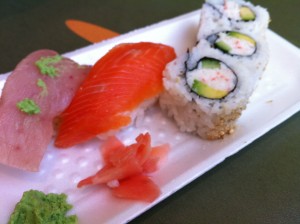 This consists of salmon nigiri, tuna nigiri and three pieces of california roll and a platter. The salmon and tuna are okay, the rice is well proportioned underneath the fish. Today they forgot to give me soy sauce, so I had it with just wasabi (yum!). I’m not a big fan of california rolls – I usually give them away to whomever is with me. However, their california rolls are just fine – not too big, not too mushy. 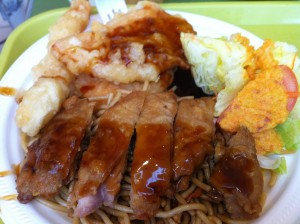 The plate that comes with the combo consists of chicken teriyaki, noodles, salad and four pieces of tempura (one prawn and the rest potato, carrot and yam). It may not seem like a lot from the picture – but usually this meal can feed 2 people pretty well. The chicken is never dry, quite moist and the skin is not too hard or soggy. The salad is just mediocre, but the salad dressing is not watery and flavourful (most places water it down a whole lot). The noodles are nothing too spectacular, they’re on the greasy side, but they’re kind of good because of the teriyaki and soy sauce locked into them. The tempura pieces are big, they’re not overly breaded and they’re normally fresh-ish.

For Food Court food, it’s not entirely bad, but it’s nothing too special. They give a good portion that you can share easily with another person. I haven’t tried much else from them, so I can’t say I can recommend much else.

Ambiance: n/a
It’s a food court – the ambiance is noisy and busy!

The cashier/server is pretty nice, quick and efficient. 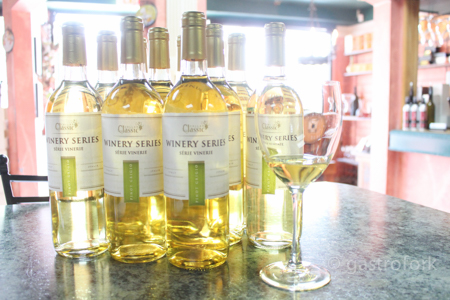 Make Your Own Wine at a RJS Academy Store 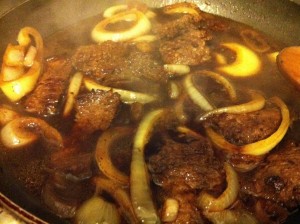 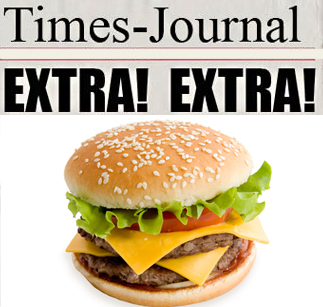