I recall a time when I used to live downtown and we would be able to walk up to Granville and get a greasy slice of pizza from hole in the wall shops, including Megabite. For that reason and for our particular craving, we decided to give Megabite in Burnaby a call.

We didn’t wait very long for our order to arrive – about 30 minutes. There was a special of 2 pizzas with two toppings for more or less $25. 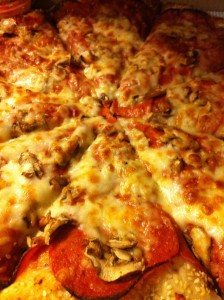 Our first pizza had pepperoni and mushroom. It had huge slices of pepperoni and topped decently with mushrooms. The cheese was well proportioned in the pizza but mostly in the center. Taste wise, this wasn’t the best pizza I ever had, but it wasn’t the worst – somewhere in the mediocre middle. 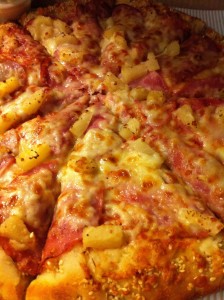 Our second pizza was ham and pineapple. Before I continue with the review – I just wanted to pause and comment on the fact people HATE on ham and pineapple pizza saying it’s not REAL pizza. I don’t think people should be too concerned whether it should be considered real pizza because if that were the case, we’d be eating pizzas with just tomato and mozza cheese. I applaud all the different pizzerias trying out new and different flavours!

Okay now back to the review, I think that I enjoyed the ham and pineapple a bit more than the other one, finding a bit more flavour in it (due to the sweetness). Otherwise, the pizza is a tad bland. Both pizzas have sesame seeds on the crust, but it doesn’t really help. The crust is so hard and tasteless, it feels like you’re eating concrete.

Would I order from Megabite again? Probably not. But if I was downtown and I was looking for a slice of pizza for cheap, then maybe I might consider getting a slice.

Pretty bland, the cheese is probably the saviour in this situation – and even then, the cheese itself has barely any flavour.

Megabite is in the middle range pricing, but I think at this rate, I’d rather go to Fresh Slice.

Service: n/a
I wasn’t the one who ordered. 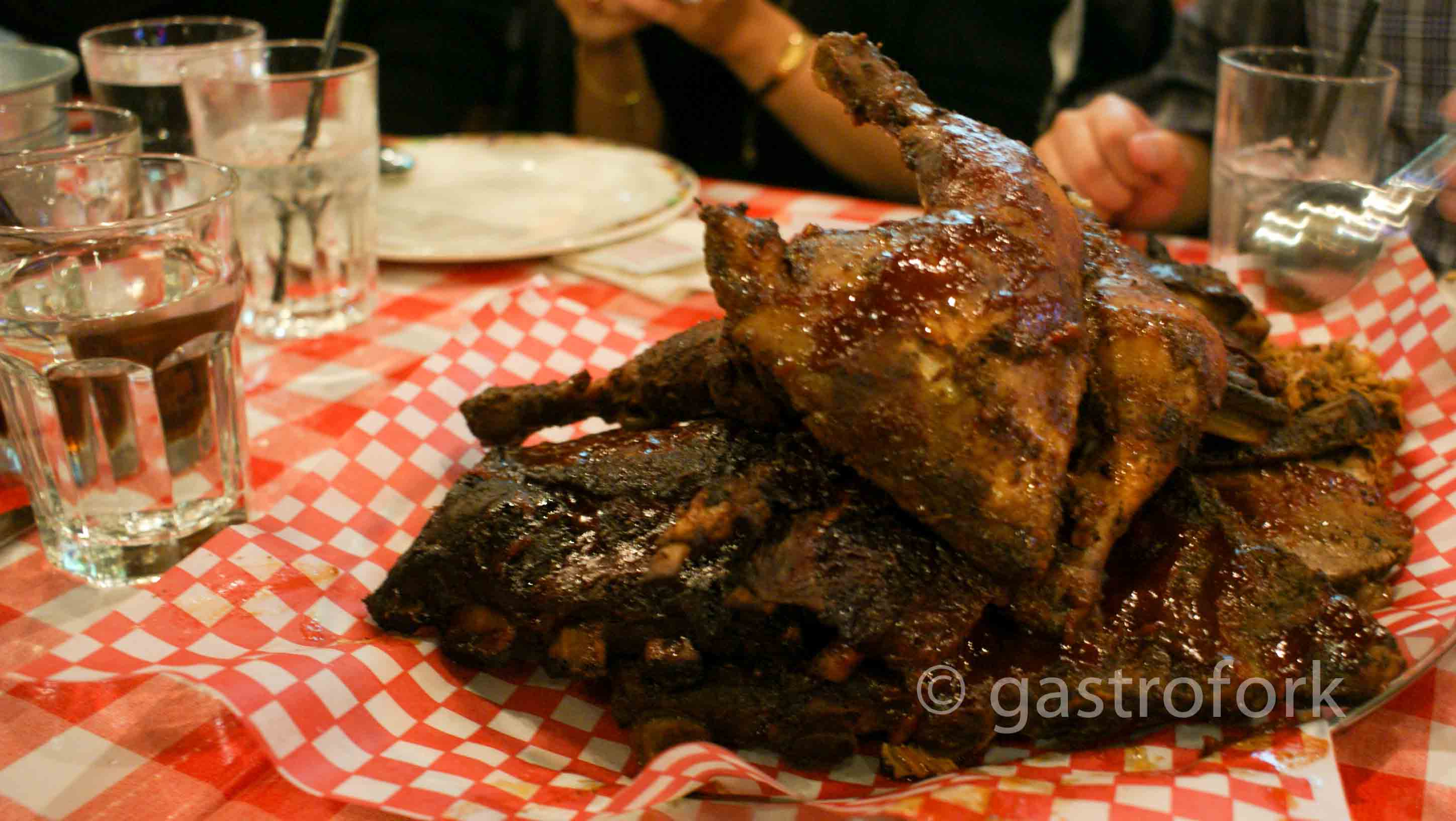 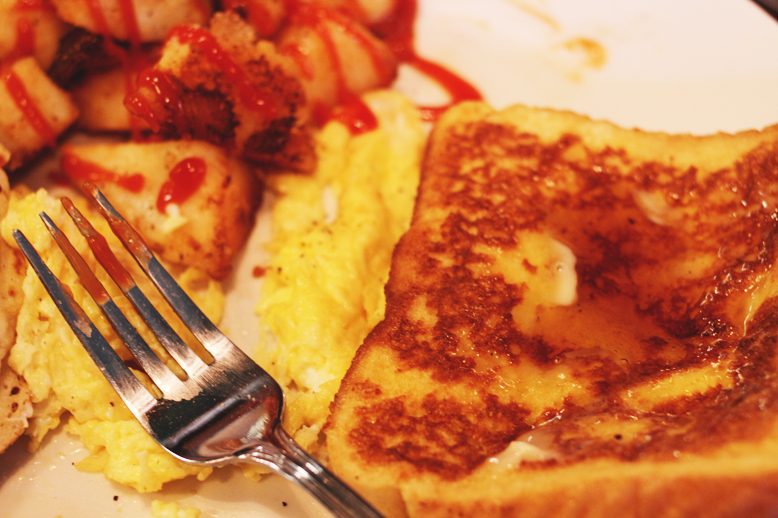 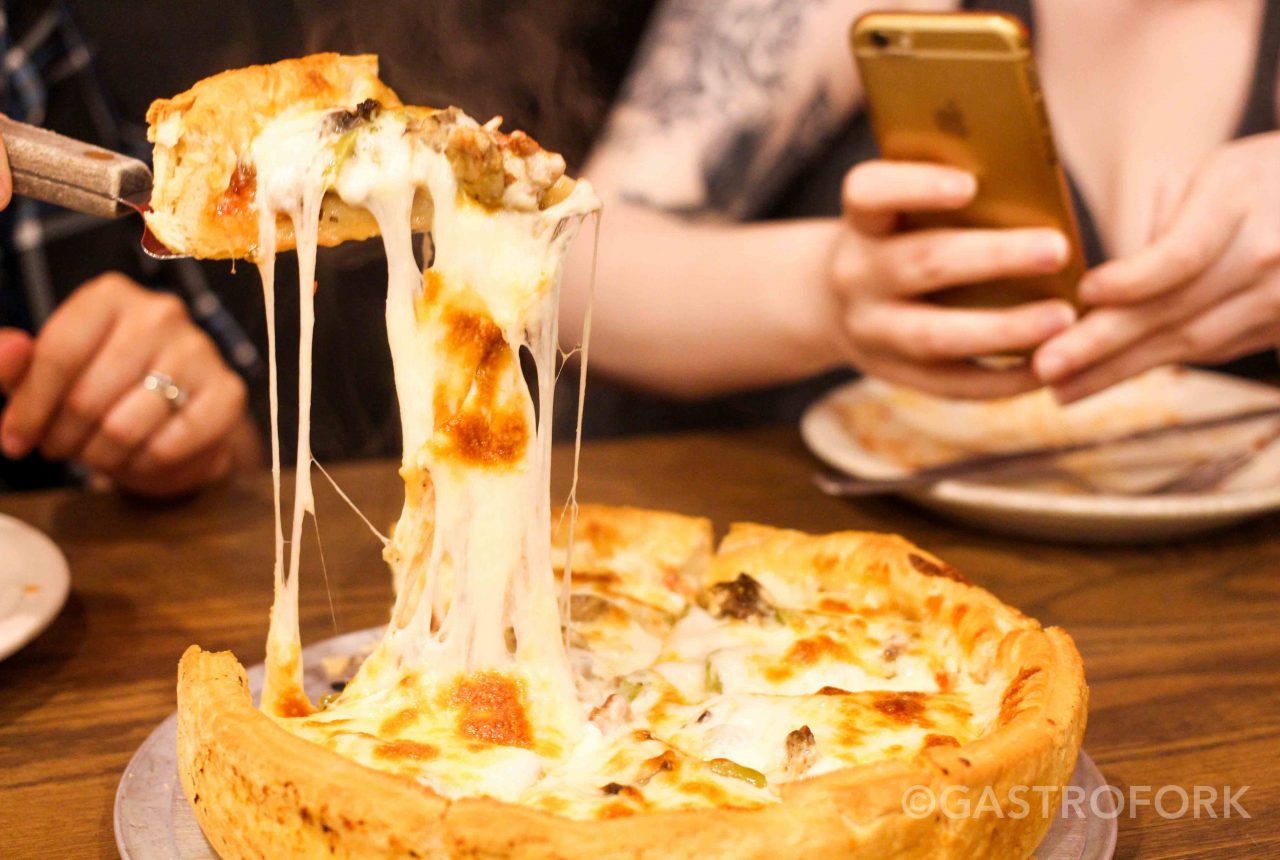