Not too long ago, this used to be one our favourite places to have dinner – it was close to where we lived and the owner is a nice guy. We were in the neighbourhood before the recent Bruno Mars concert and decided to drop by and have it again – for old times!

The prices haven’t changed but unfortunately, the quality and size of the food has. Granted, it’s been about 2 years since we were here last (according to foursquare!), but wow what a difference. 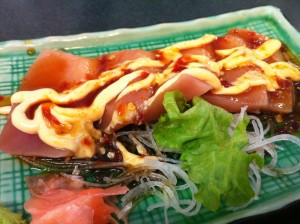 We ordered the spicy tuna, which used to be our favourite appetizer because of the sweet and spicy sauce they used and thick tuna chunks. But now, this is what it looks like. The same sauce is used but there is a lot more mayo on the top and the slices are thin and very few. 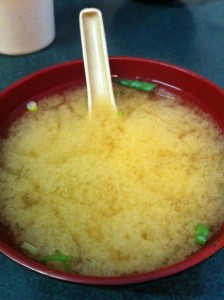 I ordered the All Day special box ($6.95) and it came with miso soup. The miso soup was fine, a bit watery but this isn’t exactly fine dining. The bento was good, all the items were hot/fresh. 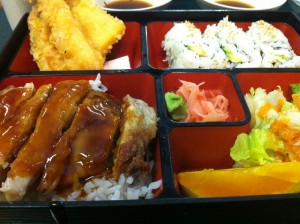 The tempura wasn’t overly battered, the chicken (although smaller in portion than what it used to be) was hot, the salad was your typical bento box salad and even though I’m not a big fan of California roll, this wasn’t so bad. 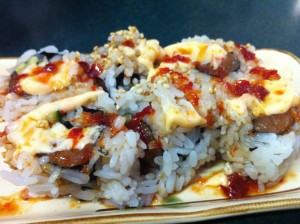 I also ordered spicy salmon roll and…this is what it looked like. What a big mess. It was basically the spicy tuna sashimi but in a sloppy roll. It looks absolutely awful, but it didn’t taste so bad.

I hate giving bad reviews especially if it seems like it’s the only the one time I’ve been there and it’s been bad, but I haven’t been to the restaurant in over two years, so I can’t tell you if it is consistent as it was before.

While the presentation of two of our dishes were questionable, the taste was fine. The food in the bento was fresh.

It’s not too bad, but it’s not Kingyo or Miku, that’s for sure.

For the most part, the prices are decent here, especially around the area (Yaletown/Granville street).

The service is always friendly and quick here. They’re very efficient from seating to bill. 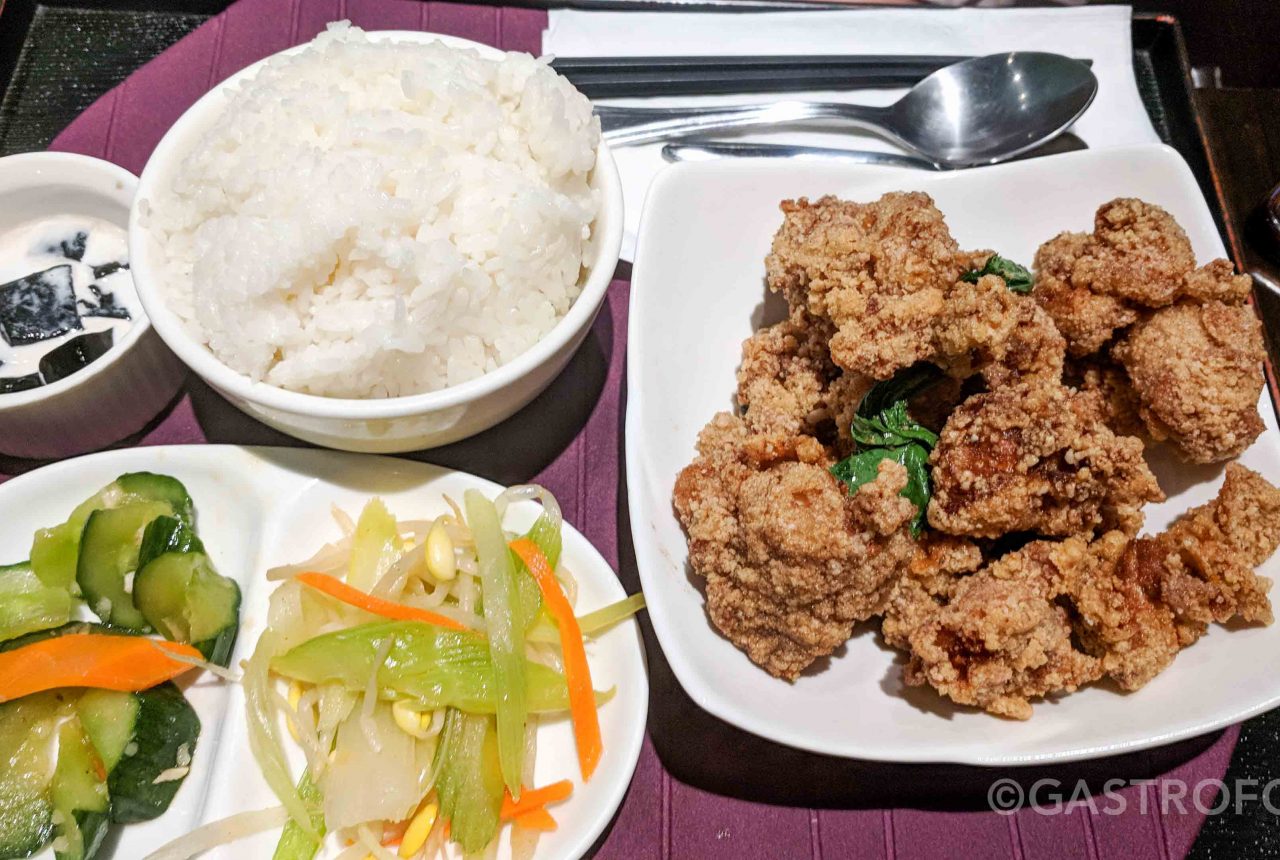 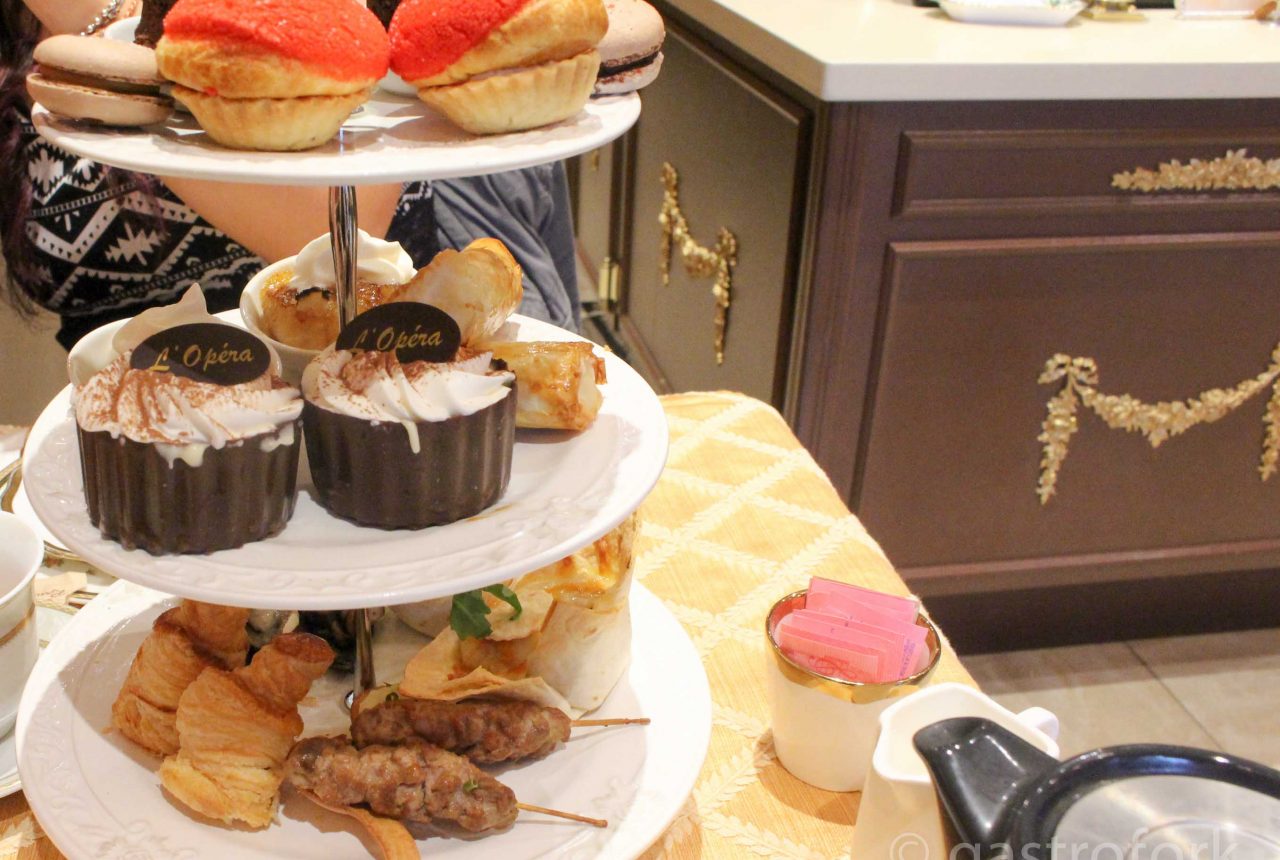