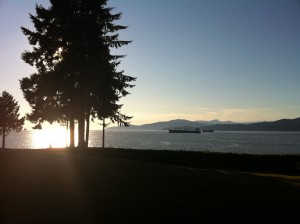 Yesterday was our first wedding anniversary and we thought it would be fitting to spend it where we had our reception – at the Teahouse in Stanley Park.

If you haven’t been, you’re really missing out. The view – especially when the sun is setting – is the best view in the city. It’s removed from the hustle and bustle of downtown where time seems to slow down.

When we arrived at the Teahouse, there was an anniversary party going on (in our reception area – so we didn’t get to sit inside the conservatory!) and the whole place was bustling with people. The patio was packed and so was the smaller area where we were seated.

Our server came right away, greeted us and congratulated us on our event. I have to say the service at the Teahouse is probably one of the best – if not the best in town. It’s unpretentious and welcoming without being too overbearing. 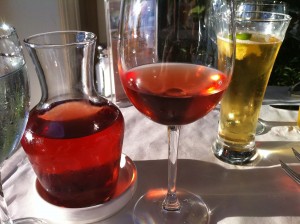 Our first order of business was a glass of wine and beer. Brian had his Corona, I had rose – a kind of rose I can’t find any where except for here and Les Faux Bourgeois. 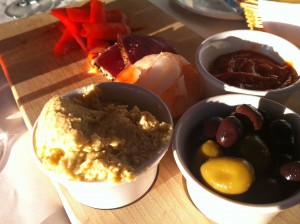 We then ordered the Seafood Tasting Board with three different ‘bites’ ($16.50). We chose the smoked salmon, mixed olives and our server suggested the hummus.

It arrived on a paddle with several pieces of the smoked salmon, two pieces of seared ahi tuna and two jumbo prawns. In the pots were cocktail sauce (for the prawns), our mixed olives and hummus. 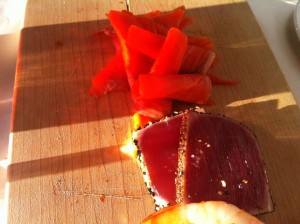 The smoked salmon was tender with a slightly smoked taste. Our ahi tuna was crusted sesame and was peppery. The inside was pink and cool. We were both really impressed with the size of the jumbo prawns and the doneness. In a lot of places, they overcook the prawn so it becomes rubbery, but not here! The prawn has just the right amount of chewy texture to softness, I almost feel like I’m eating it slightly raw – but not really. The cocktail sauce accompanying it was a great balance of sweet and spicy.

Our olives were a good mix of different kinds, I’m not going to pretend I know the different kinds of olives, but they were all very good. I used to hate olives when I was growing up, but now, I really love them! 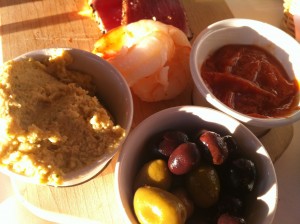 The hummus was very flavourful. In some places, the hummus can be too tart (with far too much lemon) but at the Teahouse it had a great refreshing taste to it that wasn’t retracted with tartness. If you’re a fan of hummus, I suggest you try it here! 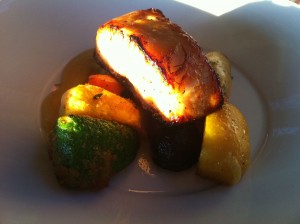 My main dish was the Roasted Sablefish in a miso soy marinade ($31). Call me a creature of habit – since this was also my choice on my wedding day, but I really enjoy this dish here. The fish just simply falls in meaty slabs when you put your fork through it, the bottom is where most of the flavour is (the miso soy) and I’m glad because you get to enjoy the tenderness and almost buttery flavour of the fish first. 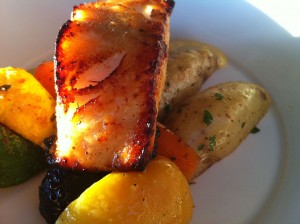 The sablefish is served on a bed of tempura vegetables – carrots, beets and various squash, melons and fingerling potatoes. These vegetables had their own distinct flavour without being too breaded. 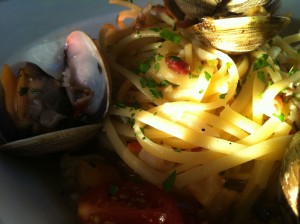 Brian had the Linguine Vongole, with Manila and Arctic clams and proscuitto with tomatoes ($17). The sauce is made with garlic, olive oil, parsley, salt and pepper and apparently the flavour comes from the live clams when they open up during cooking (or that’s what my Italian uncle tells me). It can also be made with white wine, but I didn’t get to try the dish (because of my shellfish allergy =( ) so I don’t know which way it was prepared.

Our server was great, she kept coming back to check on us and refill our bread and water and chat with us. Love the Teahouse!

When you get married, the best part is the tasting of the menu. From then and until now, it’s stayed pretty consistent and the food has been very good.

The view itself is worth the price of the food, beautiful. The Teahouse is also elegant and has lots of nice big windows and a meticulous garden.

From reservation to serving, they’re one of Vancouver’s best in customer service.

You’re definitely paying for the view and being in the middle of Stanley Park, but it’s not ridiculously overpriced, the prices are standard downtown ones.

Back into the swing of things! VLOG 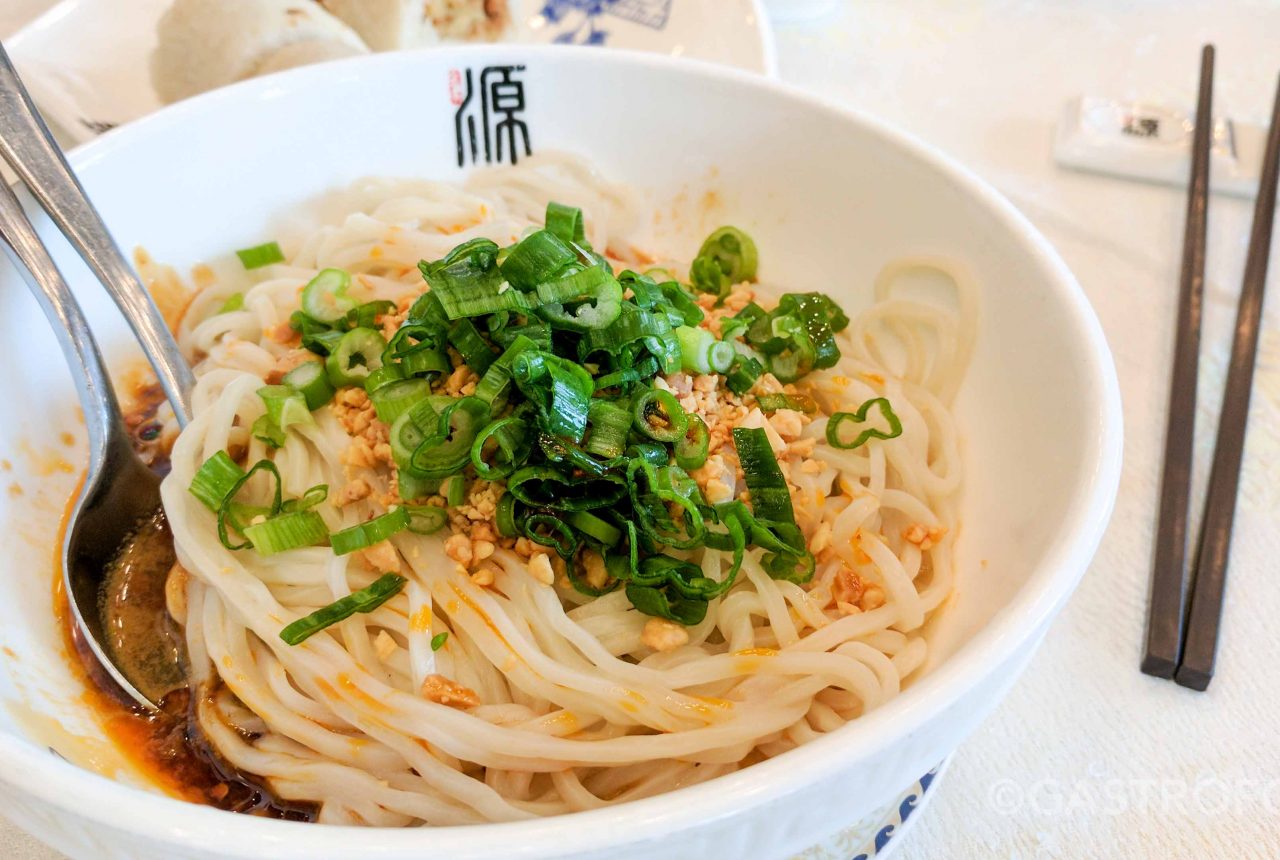 The Answer is always SCIENCE. VLOG 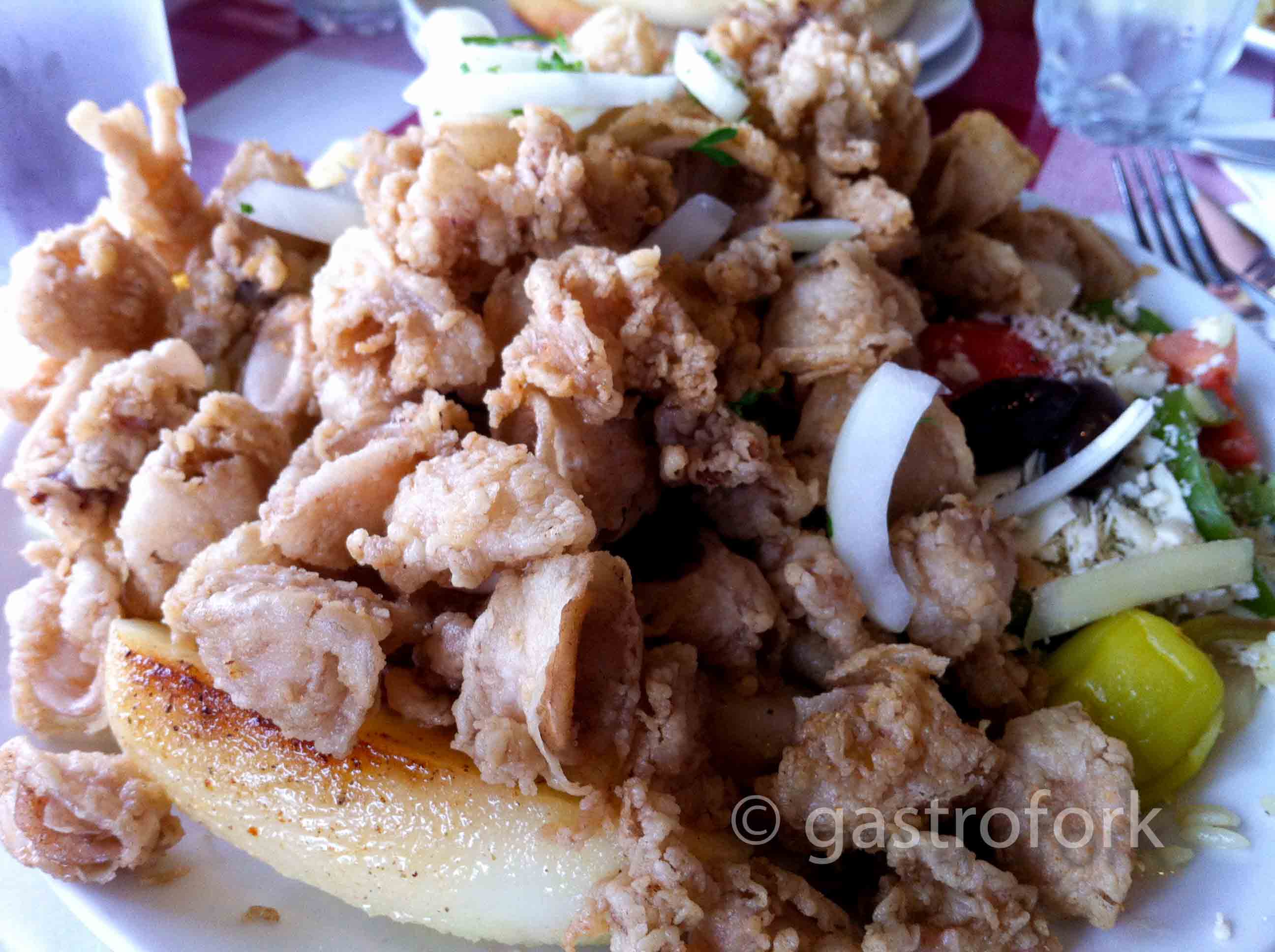