Yet another dim sum post! I must say I don’t get to go for dim sum often enough, but when I do it really is a treat. Brian had the day off so we decided to have some dim sum nearby. The restaurant is called Come Along Seafood, which was recommended to me by a good friend.

It always seems to me that dim sum prices are going up, but I guess it’s a sign of the times. I also noticed that there aren’t many cart-dim sum places, rather more “order off the menu” places. I can agree that it’s probably much fresher this way, but I kind of miss the ‘authentic’ feel of people pushing the carts around and yelling what they had on their carts. 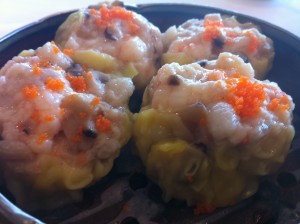 Anyway, most of the dim sum at Come Along was bigger than most places – especially the Siu Mai, it was at least double in size than regular Siu Mai. Maybe to cover the fact that the dish costs almost $4 now. 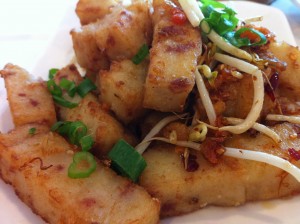 Radish cake – always so yummy with meat bits inside. Very greasy and heavy though. 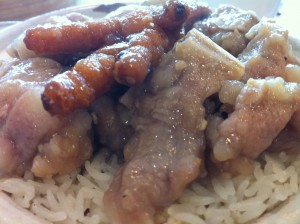 Brian ordered short ribs on rice, and to my surprise, they placed a chicken foot on top of it. (Not a big fan of chicken feet, sorry!) 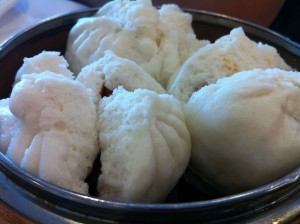 Steamed pork buns were very fresh, fluffy but had very little meat. The meat though was moist and full of flavour – too bad there wasn’t much in it. 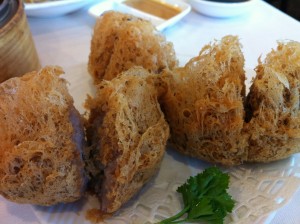 Deep Fried Taro dumpling was crispy on the outside and full of sweet taro and a bit of peanut and meat. By this time we were so full, we barely made a dent in it. 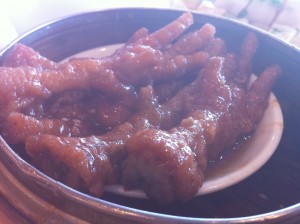 Ah, Brian and his chicken feet. What really puts me off about this dish is that I’m a clumsy eater (I would probably need a fork and knife) and that there is barely anything but skin and bones. 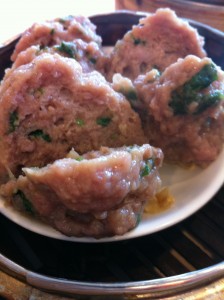 Our last dish was steamed meatballs – they were fairly big. They didn’t serve it doused in soy sauce, which is probably better for my health but made it a little more dry.

We also ordered the Shrimp Dumpling (aka Ha Gau) but I took a blurry picture of it. It was good, the wrapper wasn’t too sticky and thick and had a big ball of shrimp in the middle.

Fresh dim sum and bigger portions, not too bad. 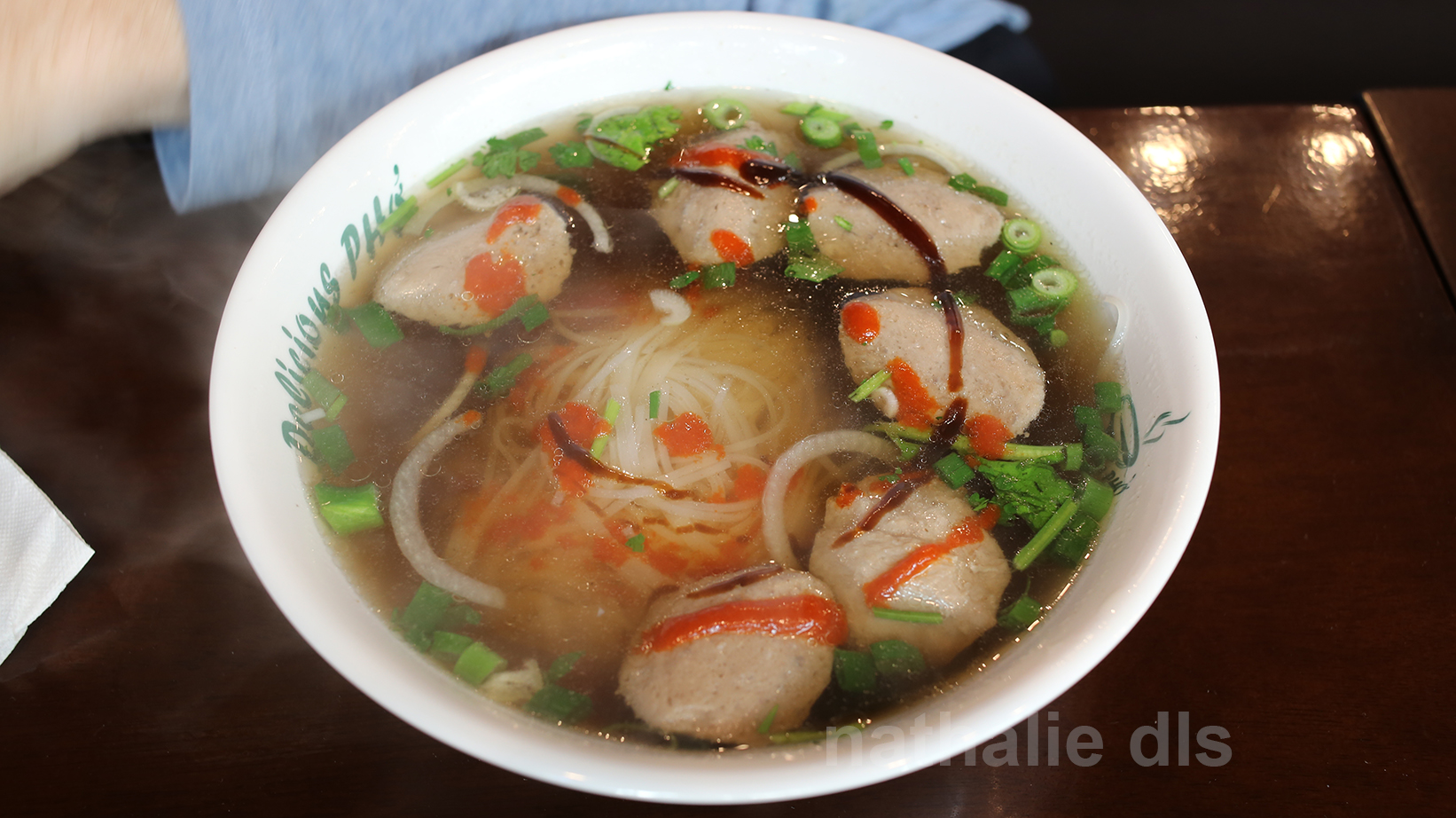 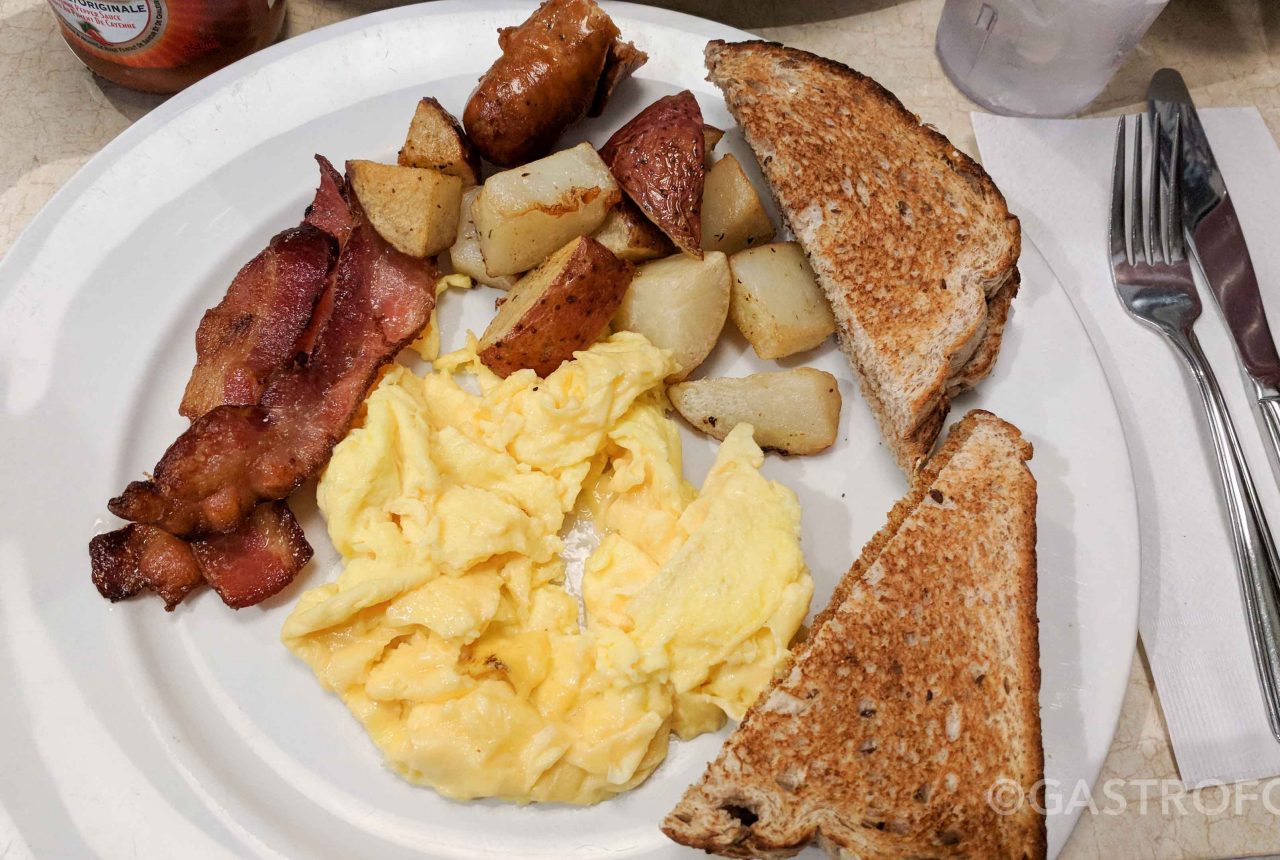 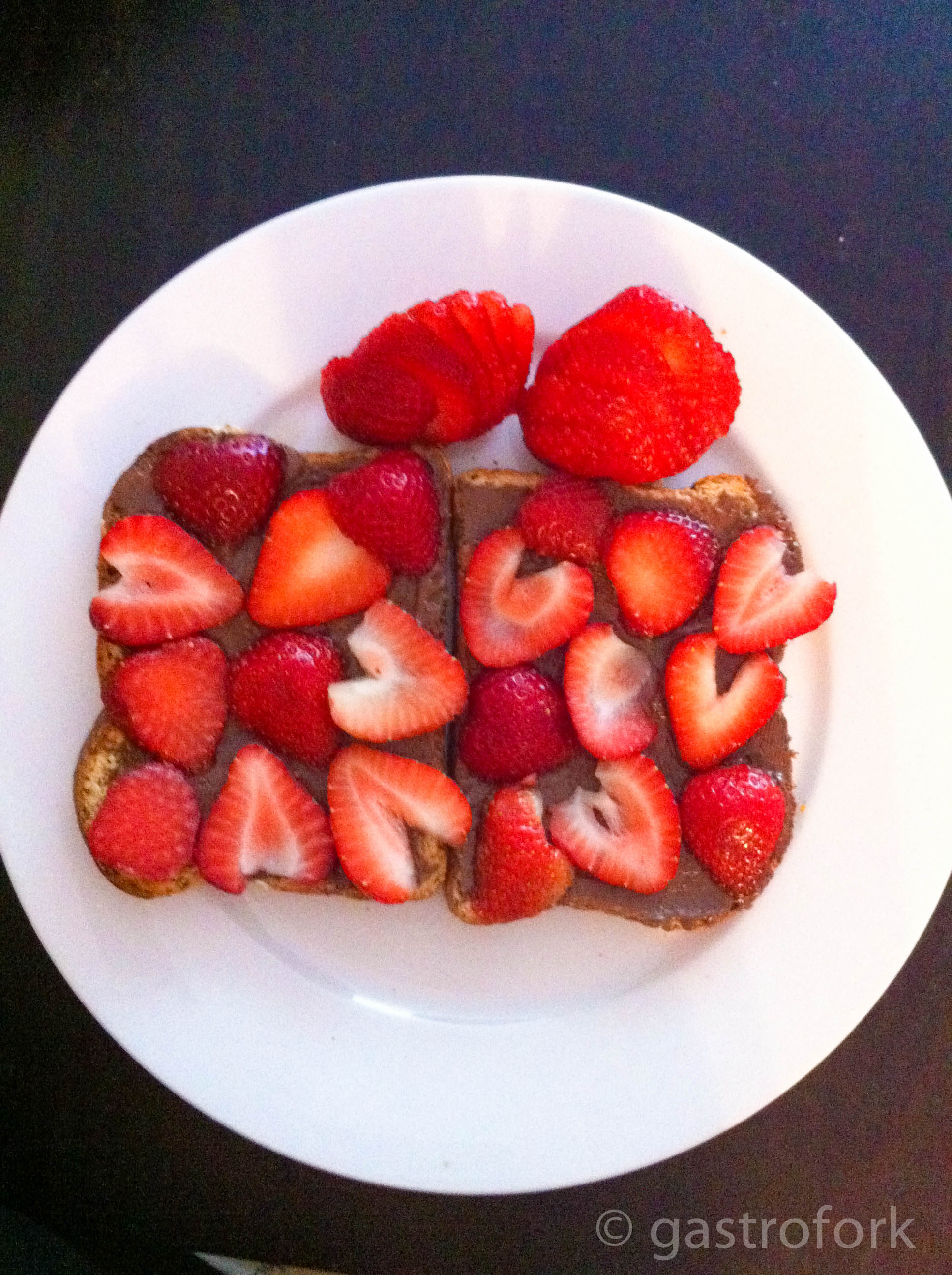