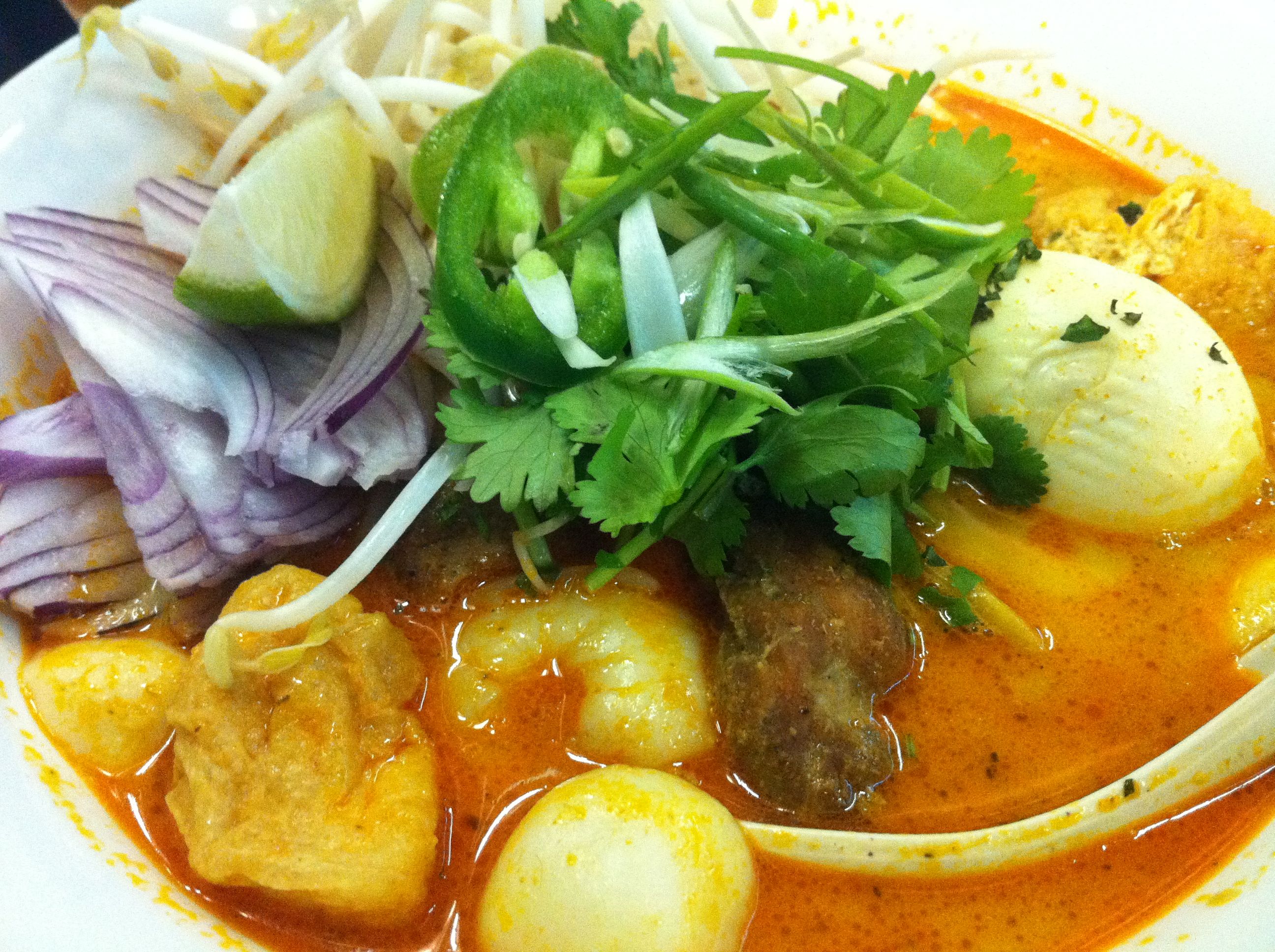 Another cold downpour and no food in our fridge. As sad as this sounds – I secretly enjoy it because that means we have no choice but to go out for food (I hope Brian doesn’t read this!). As was the case today when we decided to try out Bo Laksa King, which is close to PNE.

I have heard great things about this place and like I always say – I’ve been meaning to try it out but haven’t had the chance until today! Well I am so glad I did. I’m writing this review right after our meal and I’m probably not going to be moving from this couch for a while, I’m so full.

When we walked in, I noticed how small and narrow the place was. It’s brightly coloured (teal) and probably could fit no more than 10-15 people. Our server was friendly and sat us down.

I already knew what I wanted – LAKSA! Brian decided to try the same. We also ordered Roti Canai (large) as a starter. 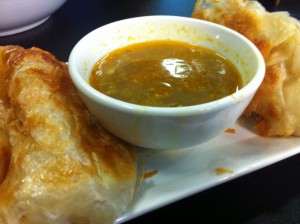 The Roti Canai is a flaky, chewy fried pancake. In the middle of both was a curry chicken dipping sauce that was a little watery for a curry sauce but had some what a good flavour to it. Anyway, it didn’t really matter, we were happy that roti was ridiculously big and hot! We ordered the large which consists of two roti – the small has only one. In retrospect, we could’ve just shared one but we both enjoyed our own.

Now onto the Laksa. Our laksa came out before our roti – but it wasn’t a long wait in between. According to the menu, the laksa consists of tiger prawn, fish ball, tofu puff, hardboiled egg, chicken and house-made coconut curry broth. My laksa came in an enormous bowl of shrimp (not tiger prawn), sliced fish balls, tofu puffs, a hardboiled egg and beef. I was kind of disappointed that it was just shrimp – but I was happy I got beef instead of chicken as the beef was very tasty. There was also some bean sprouts, sliced purple onion, sliced jalapeno pepper, basil and lime added on the top of it.

I liked the perfectly balanced flavour of the soup, it wasn’t too spicy which is perfect for most people. I love spicy dishes, but this is perfect for people who want a good kick without having to drink ten glasses of water. 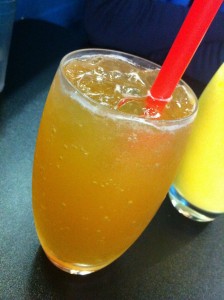 I ordered the Lychee Ice Tea. I liked it because it wasn’t overly sweet like most bubble tea cafes. 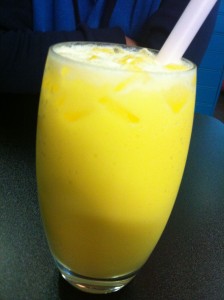 Brian ordered Mango Milk Tea. Boy was it milky. I think the mango was powdered from the taste of the drink but it was good, especially for $2.

If you’re looking for a great laksa place – this is almost as authentic as you can get. They also have something I’d like to try next time called Mohingar which is apparently the “national dish of Burma/Myanmar”. That’s all for now folks, time to pass out from my food coma! 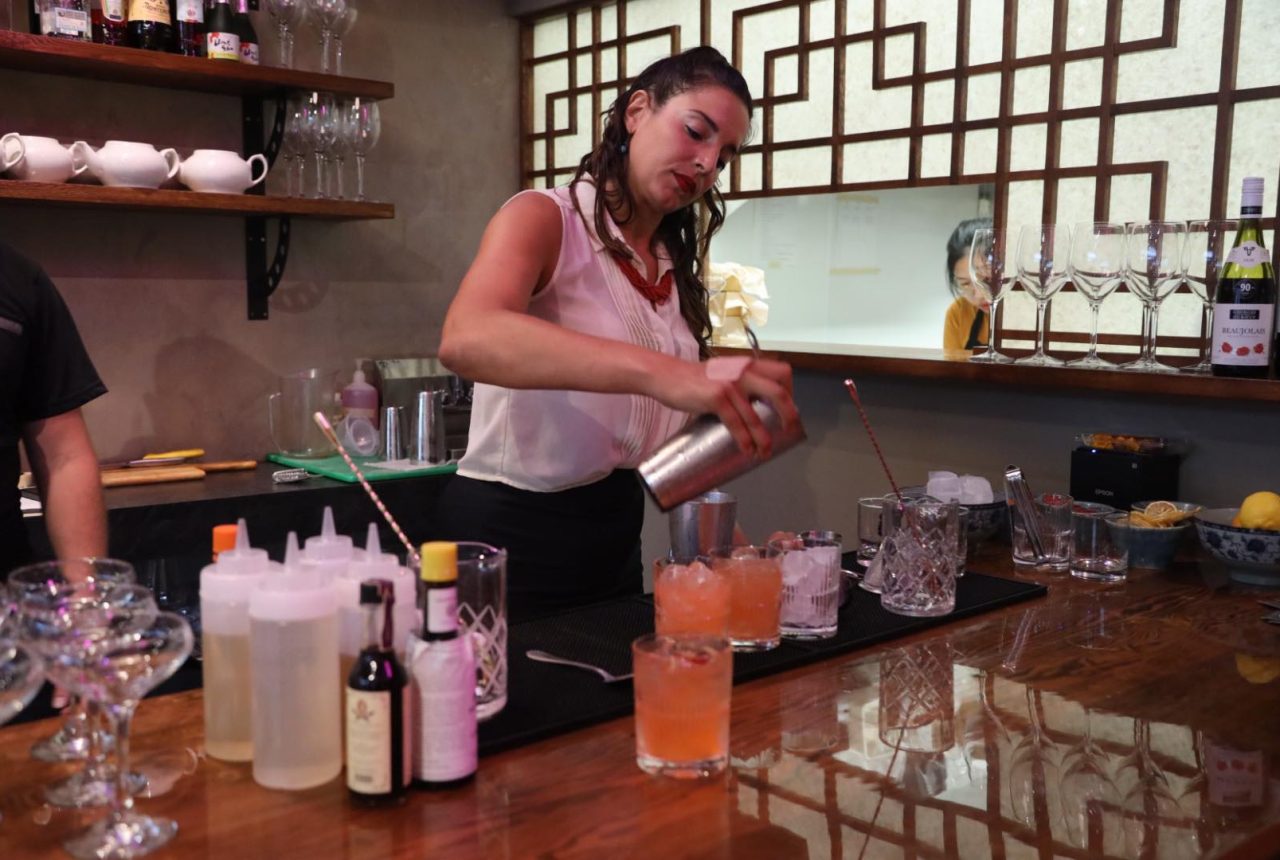 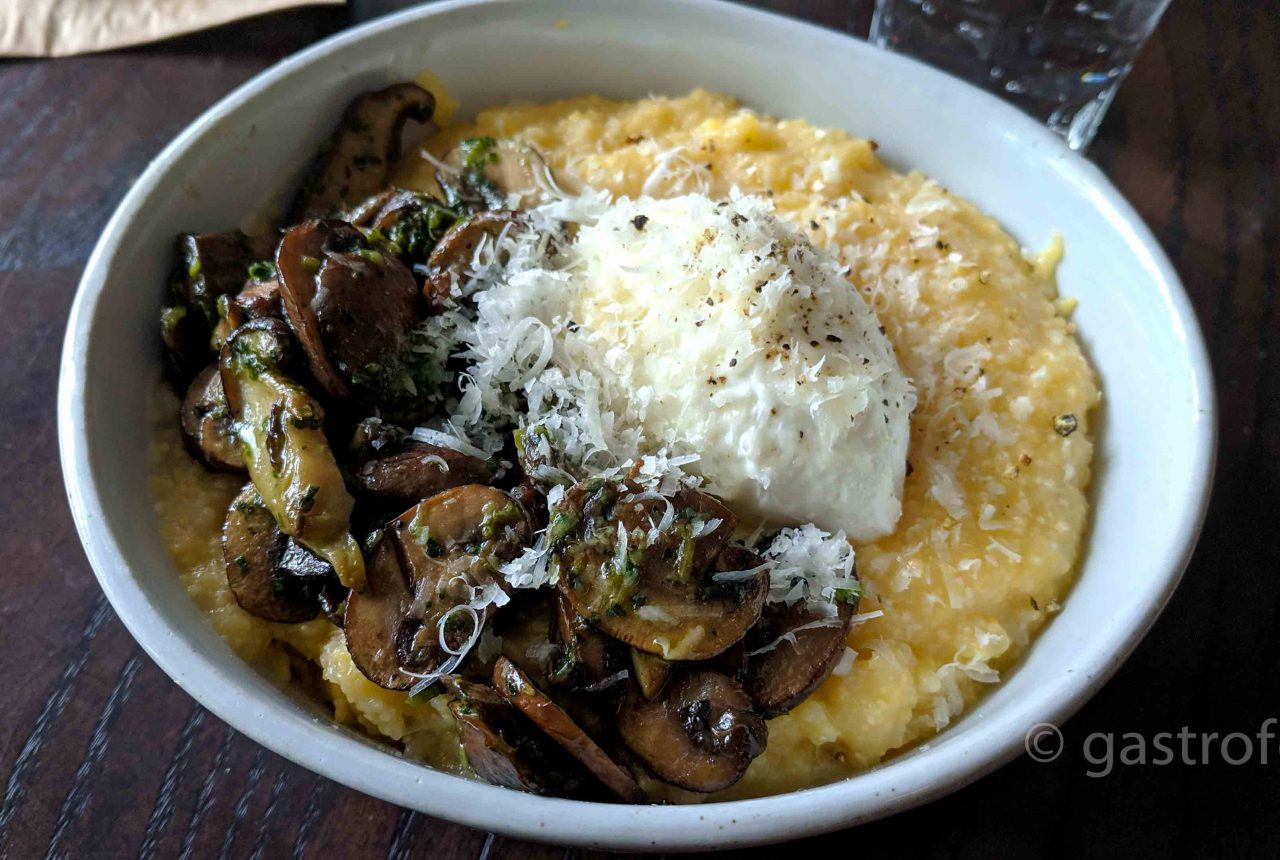 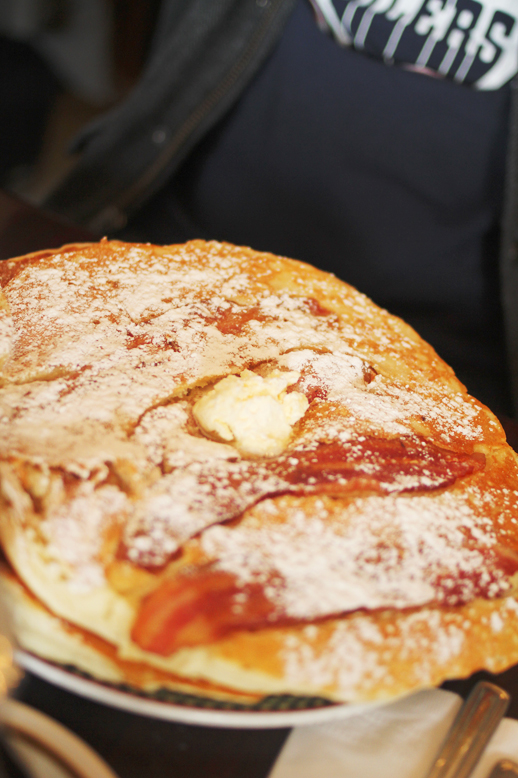 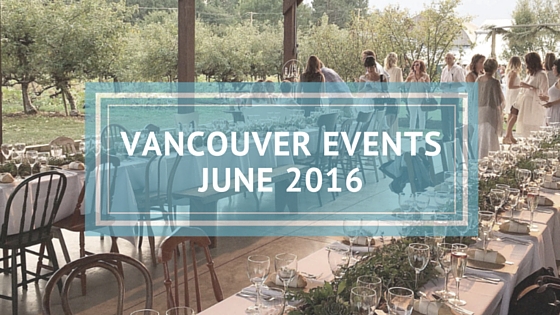