I don’t know how long Duffin’s has been on the corner for 41st and Knight – but every time we pass it, I always vow to go and try their donuts. Unfortunately I’ve never really had the time to – up until recently. My husband was coming back from a Christmas party and he called me and asked if I wanted some donuts. Um…did he even have to ask? 😛 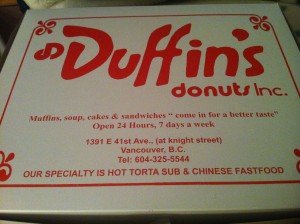 What I like about these donuts is that they’re more heavier than say, a Tim Hortons donut. It’s definitely more bready and like my sister has observed – look a lot like Simpsons donuts. My favourite kind of donuts have got to be the ones with sprinkles. The apple fritters were dense and heavy with big chunks of apple inside. It wasn’t too overly glazed but was crispy on the outside and soft in the inside.

My husband is a fan of filled donuts so he had the ones with jam and coconut – he said he liked them.

I think these and the ones at the Granville Island market are my favourite kinds of donuts. They’re not too sweet (Krispy Kremes) and they’re not too doughy (Tim Hortons).

OVERALL: n/a
I decided to refrain from doing a rating because I don’t know how much these donuts were but they were definitely delicious!! 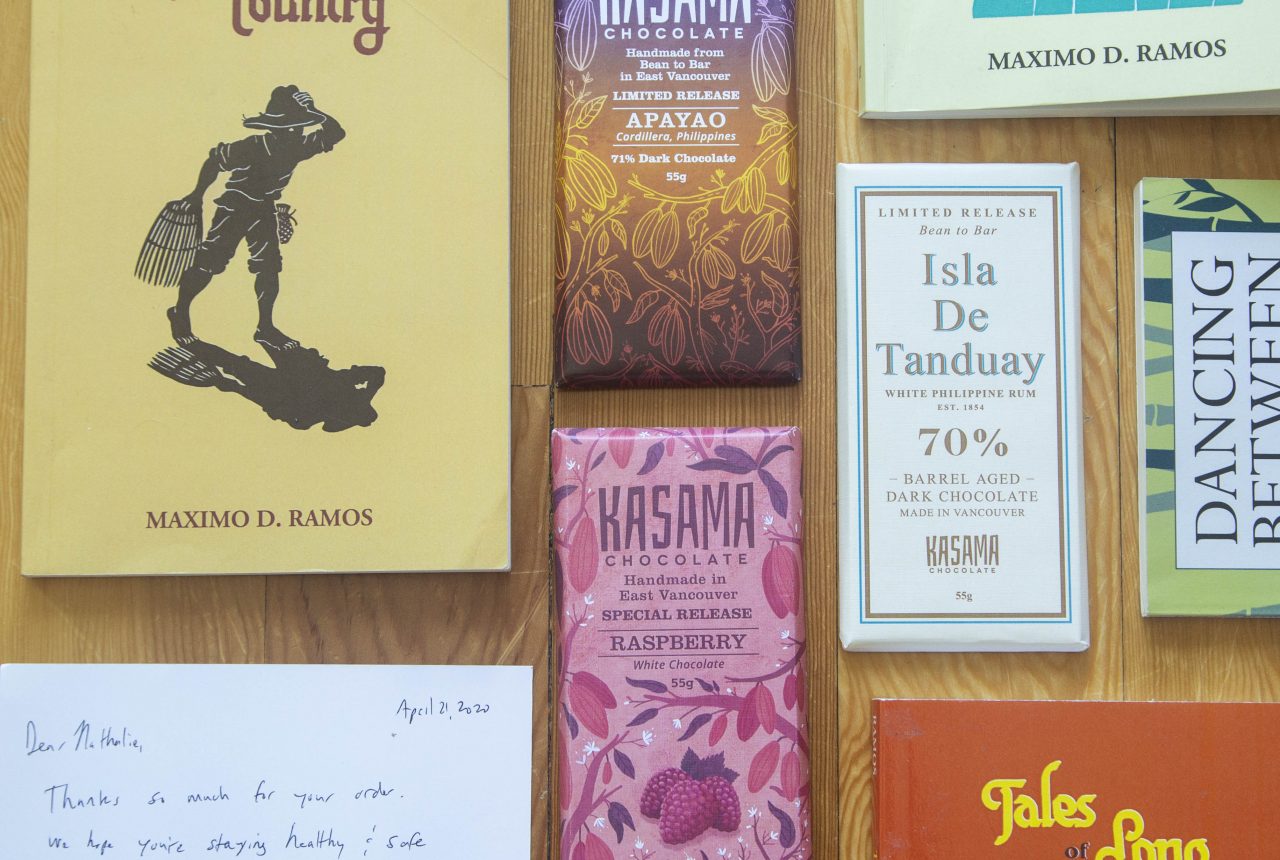