On a brisk December afternoon, I was invited by a friend of mine, Vincent Ng to join him on a local food tour. He also invited Tess, someone I’ve been talking to on twitter but had not met in real life! It was so nice to meet you, Tess!

Before I continue, I want to make it clear that I did not pay for this food tour and was compliments of Taste Vancouver Food Tours.

We started the afternoon off at the Starbucks in Pan Pacific Hotel. While we were putting on our sound equipment (an ear piece and a receiver), Jewel came around and gave us cranberry bliss bar and eggnog latte samples provided by Starbucks. We also met Doug, the mastermind behind the tours and also ‘Gassy Jack’ who would be our tour guide for the day. 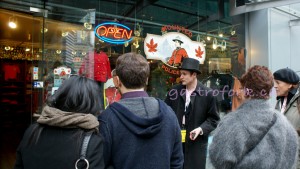 Today was their first day of the Christmas Culinary tour they do around Gastown. I noticed that the group was mostly tourists. After a couple blips with the sound equipment, we were on our way. 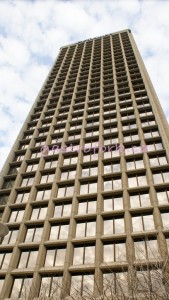 Gassy Jack provided interesting information about the sites we visited and gave a mini-tour of the Waterfront area including Waterfront Station and the Province building. 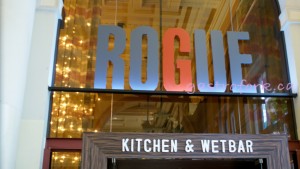 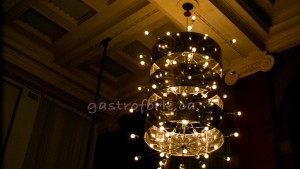 After that, we went to our first stop, Rogue Kitchen & Wetbar located in the Waterfront Station. To be honest, I walk by here a lot and I never had the chance to go in – I must say the decor in this place is beautiful and I’ll have to come back to admire it some more. 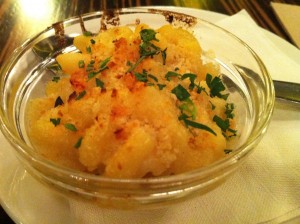 Here we were served a sample of their Lobster Mac n’Cheese. Jewel was telling us that a normal size is served in a skillet (much like Mac Shack) and with a side salad. The mac and cheese was creamy and very heavy- like good mac and cheese SHOULD be. The parmesan sprinked on top provided a crispier texture. My only gripe – I had no lobster in my mac and cheese! 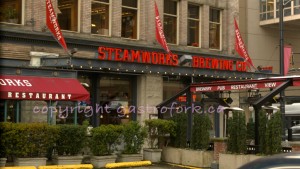 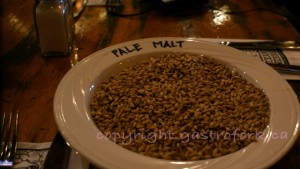 We then got up and made our way across the parking lot to Steamworks Brewing Company. We went underground to their brewing area to learn a little about the brewing process. 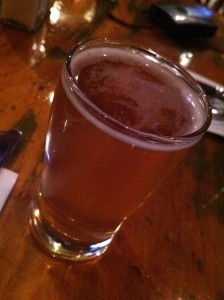 We were then given the Belgian Triple Style beer to try. It was a little sweet but mostly dry. I’m not a big beer drinker, but this wasn’t so bad. 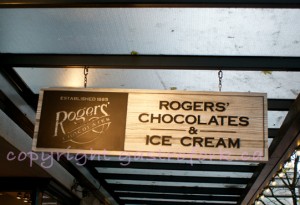 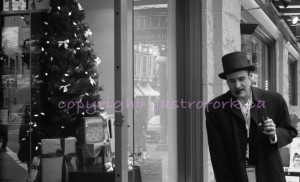 From here we walked next door to Rogers’ Chocolates. We were given a little history by Gassy Jack on the Rogers’ family business. 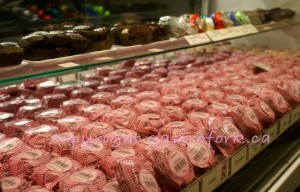 We were then given samples of their famous chocolates which are wrapped the same way the originals were back in the 1800s. 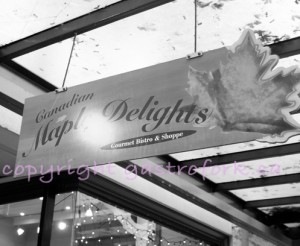 Our next stop was the Canadian Maple Delights store (conveniently right next to Rogers’) for a little lesson in taffy making. 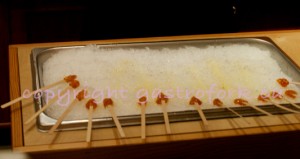 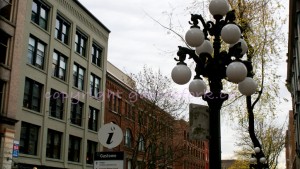 We walked through some other points of interest on the tour – things I never really noticed about Gastown like how some of the architecture of the buildings were originally from San Francisco or how Hudson House was selling Liquor and Tobacco before they became the Hudson Bay Company.

We rounded the corner and stepped into Brioche. We looped past the cafe and into a smaller dining area where there was fresh bread with a drizzle of olive oil to greet us. 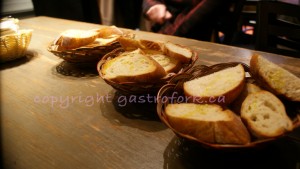 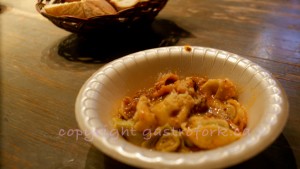 We were then served tortellini, made in house by the owners who make it their mission to bring their guests good, hearty food. 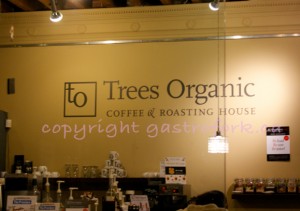 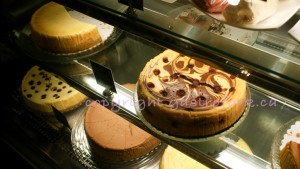 Once everyone savoured their tortellini, we went across the street to Trees Organic -voted best in the city for their cheesecake according to the Province. I’ve been here before and their organic coffee is fantastic.  Today we got to sample the “Sin” and the “Cinnamon” cheesecake. I had a sample of the Sin and it a fairly dense and creamy cheesecake. Very good stuff.

We stopped at the Gastown Steam Clock – which is probably the biggest tourist attraction in Vancouver. Then we headed to Water St. Cafe. 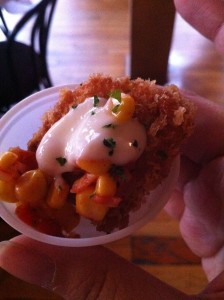 We climbed the stairs to a private area and were given Crab Cakes to sample. The panko was crispy and the crab cakes were not too overly breaded. The corn on the top was good as well. 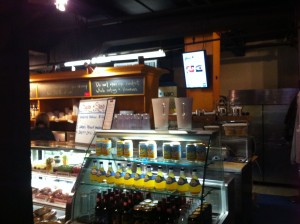 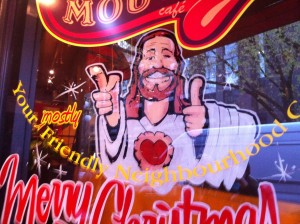 Crossing the street again, we ducked into Smart Mouth to look at their gallery. The woman who, I’m assuming owned the place was encouraging us to buy some goods – it was pretty entertaining. But the most entertaining sight was the Jesus on the window outside. Very cheeky. 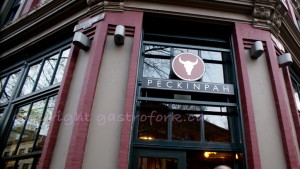 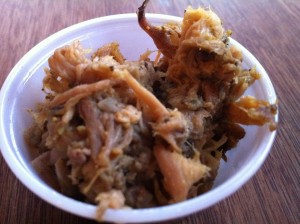 The second to last stop was Peckinpah, a Carolina BBQ joint I’ve been meaning to try out. We took over a small area and we were given a sample of their pulled pork. I have to say I’m not a big fan of pulled pork but it’s really delicious here. It’s moist, flavourful with all the herbs infused into it. I’ll have to come back and try one of their sandwiches. 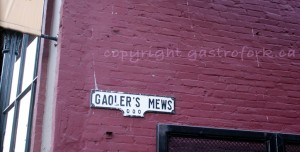 Our last stop was at Apres-Midi Teahouse located in the heart of Gaoler’s Mews. We were given some tips on how to properly steep green tea – add a little bit of cold water so you don’t get that bitter taste to it. Then we were given samples of their Market Spice tea. I can’t say I was too much of a fan because it tasted like I was eating a cinnamon heart or chewing on cinnamon gum. To blend the flavours, they served mint shortbread.

I spoke with Jewel briefly after the tour and she was saying that the tour company started in September and that this was their first Christmas tour.

I thought for $39 per person, this tour was worth it. It was pretty entertaining with Gassy Jack and you can’t beat food around Gastown. For a local, it’s interesting to learn things you never knew about your city but the tour is probably best suited for tourists and guests visiting from out of town. Or even a good Christmas present for budding foodies!

The dates of the Christmas Culinary tour is Dec 1st, 2011 – Jan 8th, 2012 and runs from 2pm-4pm daily. There’s only 16 people allowed on the tour so the group is pretty small – if you do wander off (kind of what I did for a bit) they provide sound equipment so you don’t miss a beat.

You can visit their website at http://www.tastevancouverfoodtours.com to book and check out their other tours. 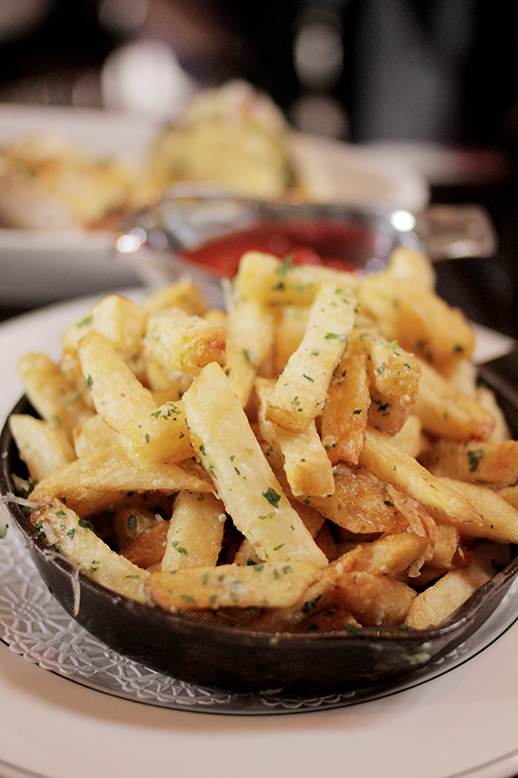 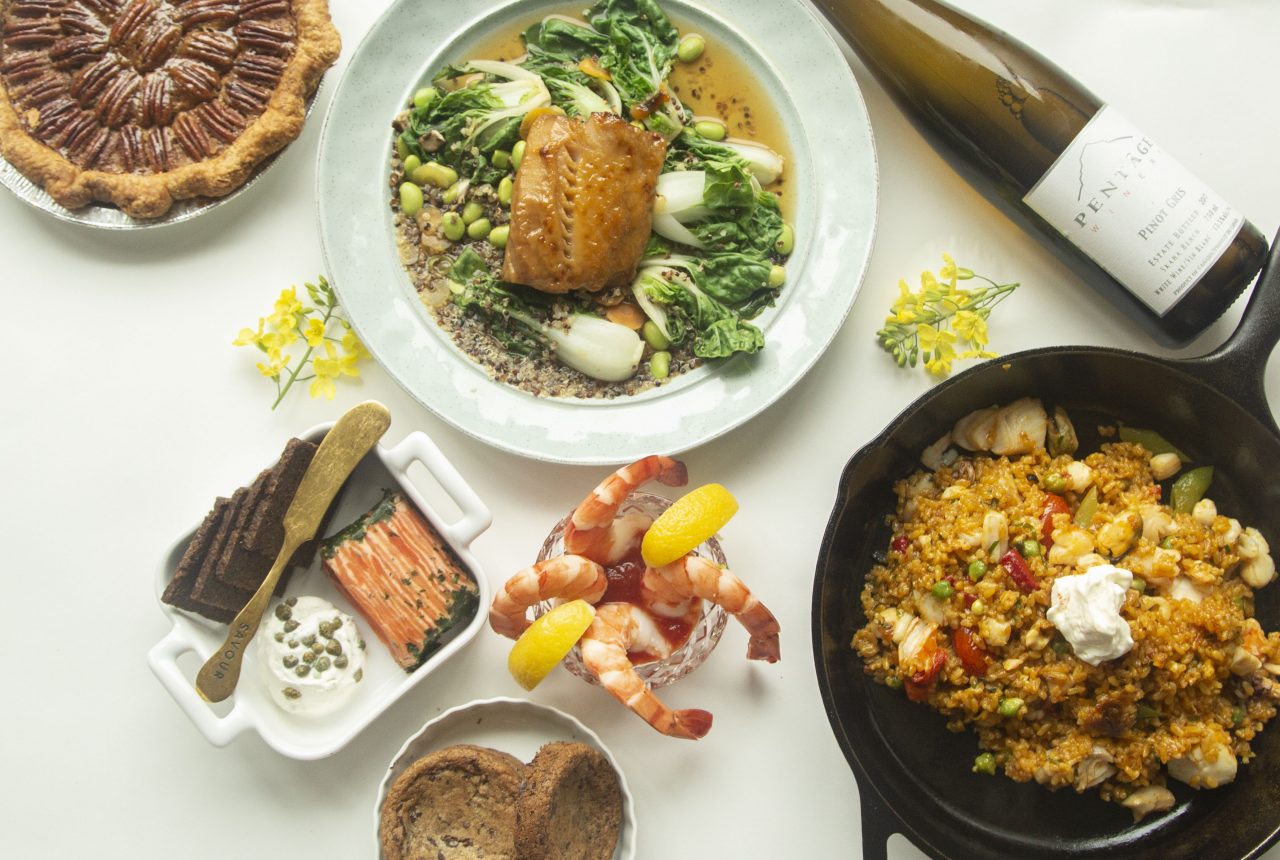 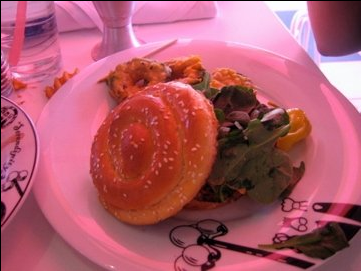 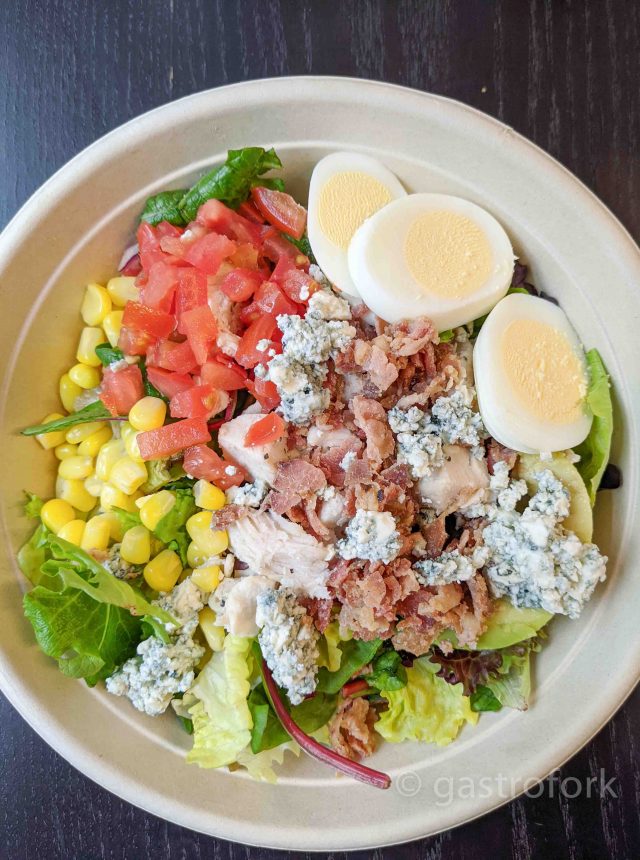