One of my great high school friends who was previously living in Singapore is moving to San Fran for grad school – but not without making a pitt stop here in Vancouver. She invited me and a couple other people to catch up over a place I had never heard of before located right beside Burnaby Hospital.

If I was driving by and didn’t know it was there, I’d probably miss it. But it is a quaint little deli that has about 9 tables on the inside and two small tables on the outside. The food – Spanish- to be more precise Colombian and Peruvian. It is clearly a family-run place, as this sweet girl who closely resembles our server came to give us our cutlery and water. 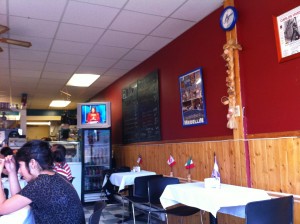 The decoration is very latino, with religious emblems and even the colours gave it that ‘authentic’ feel. Even on the television they were playing some sort of Spanish telenova (awesome!). 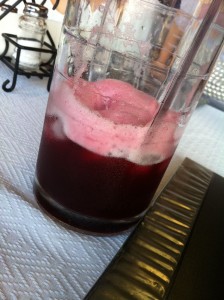 I was a bit late, but we started off with Chicha Morada – which is served by the glass or a pitcher. The taste is a bit spicy and sweet – apparently it’s made with mostly corn and pineapple juice. 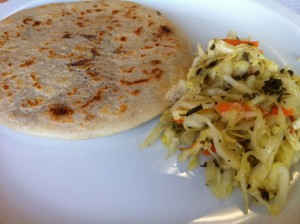 On the side was pickled cabbage which was sweet and had a very distinct taste of parsley. 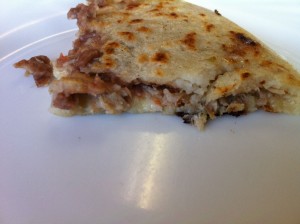 Inside the Pupusa it’s evenly spread. It’s a bit of a small dish, so you might want to order more than one if you’re sharing. 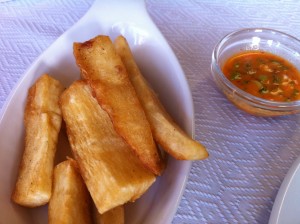 Up next is Yuquitas which is fried cassava ($4.50). Its a little like having gigantic fries, but less starchy and more sweet and dense. It’s served with a pretty spicy creamy sauce mixed with green onions. I don’t know why, but I didn’t think it was spicy and so I dipped my piece into it and was pretty surprised! 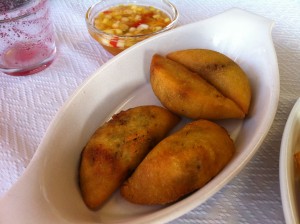 Then came the Colombian Empanadas ($1 each). Much smaller than I thought they would be (I would say 2-2 1/2 inches in length), they were chock full of beef and potato. My parents make empanadas at home but these were much different – I believe these were deep fried and had less beef and more potato than most empanadas. However the sauce (above) is one to reckon with. It was a vinegar with green onions and very spicy peppers chopped up – it was really really spicy. But also really really good with all our dishes. 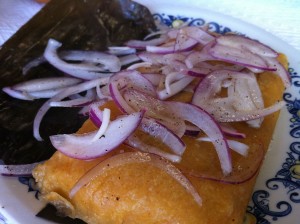 Tamale was next – it’s boiled in a banana leaf and made of cornmeal dough and filled with chicken. The menu also says it has egg and olives but I didn’t see any when we cut it up.

I found it a bit bland and more doughy than anything. 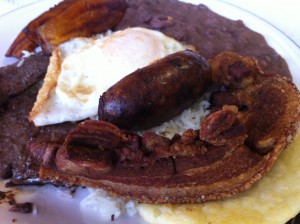 Our last dish was the Bandeja Paisa ($17.99) which consisted of “red beans cooked with sweet plantains and served with a platter of ground beef, rice, avocado, fried egg, deep fried sweet plantains, homemade chorizo and chicharron”.

I’m not a big fan of red beans so I skipped on that. The egg was fine. The sweet plantains were a good way to balance an otherwise protein full dish. There wasn’t ground beef, but more of a tapas kind of beef that was slightly sweet. The rice was garlic fried rice (which I was very surprised to find out none of my girl friends have ever had – whaaaat? I guess it’s a Filipino dish). The sausage was delicious, I saw something that kind of looks like chives or parsley in it. It went very well dipped in that super spicy sauce that came with our empanadas.

Finally the chicharron – crispy pork. It was ridiculously huge. It wasn’t salty but crispy (as chicharron should be) and still had that bacon flavour. Some of my girl friends didn’t like it because it was too crispy, but I think they thought it was bacon.

You’d be hard pressed to find an authentic Peruvian/Colombian place to eat. This comes quite close. Some of the dishes are a hit but some are misses.

Our server was friendly, recommended a lot of great dishes and was relaxed.

You know, for being one of the only Peruvian places in Vancouver/Burnaby, you would think they would jack up the prices – but the prices are more than fair and you can easily get full off a couple share dishes – meaning your dinner could cost you less than $20 together. 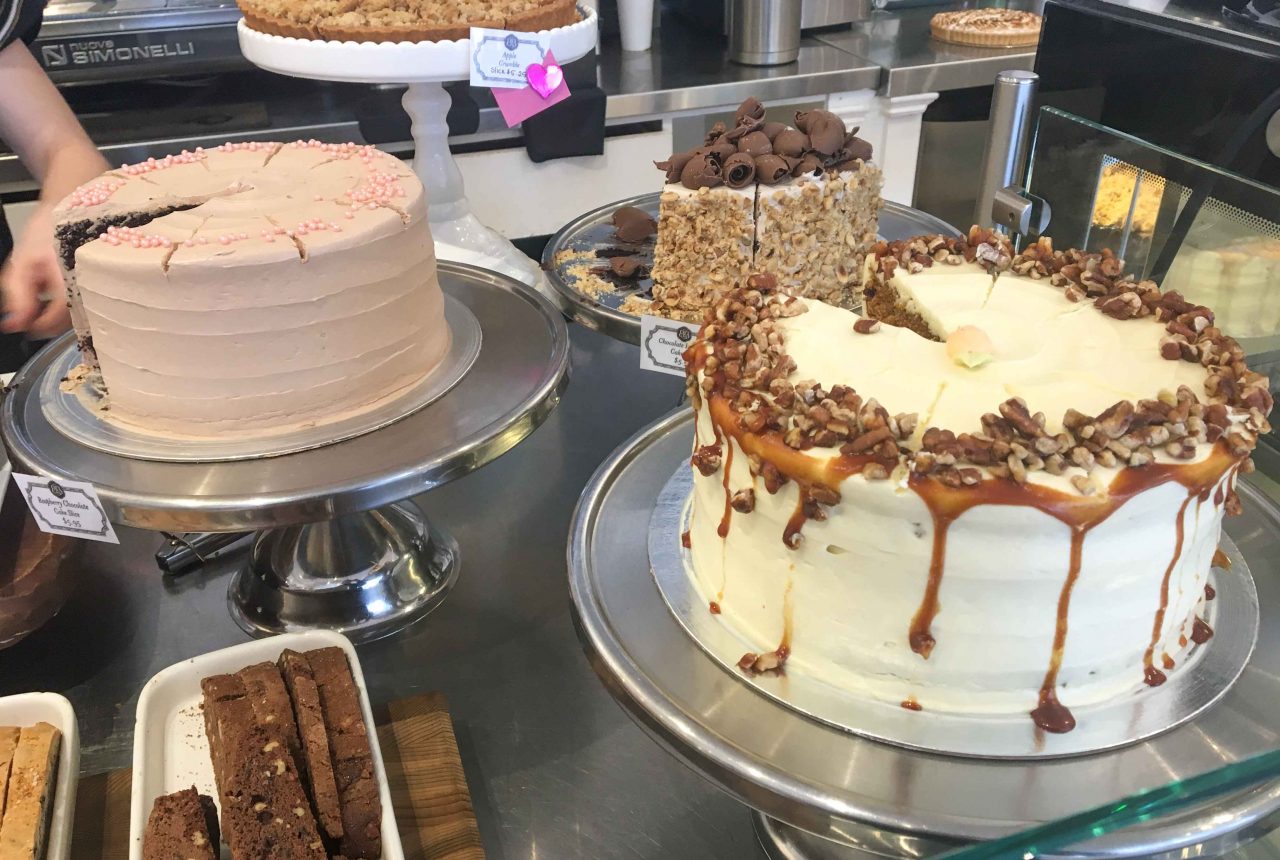 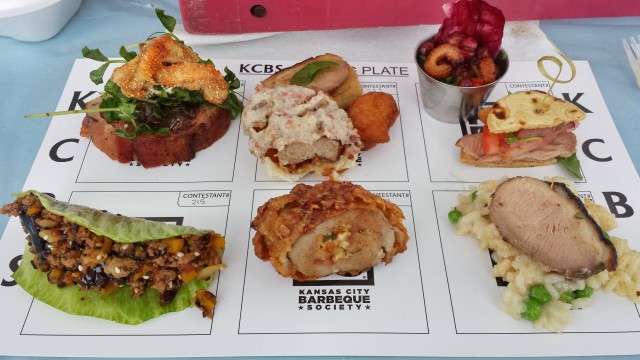 Dee will be judging at the 3rd Annual Barn Burner BBQ! 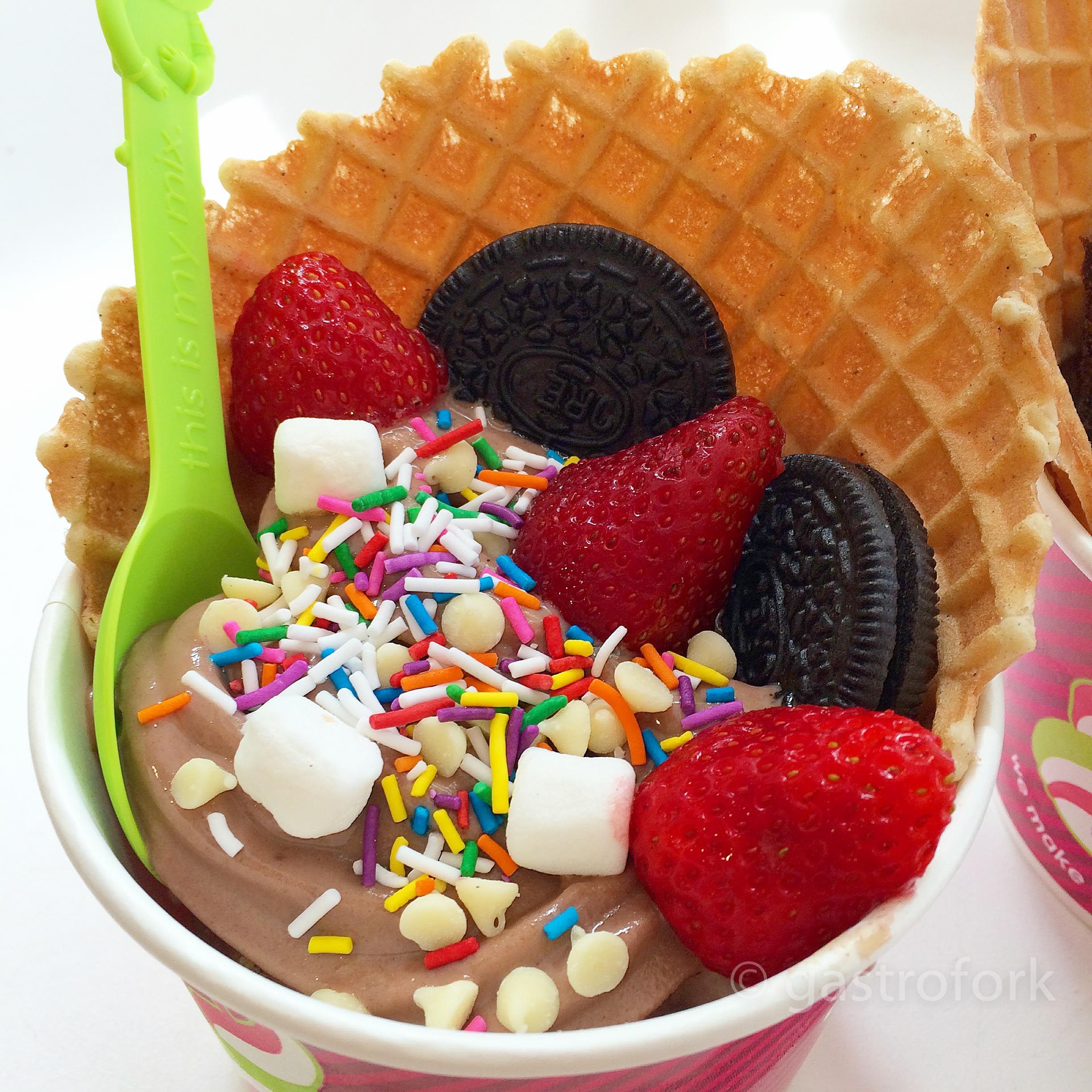 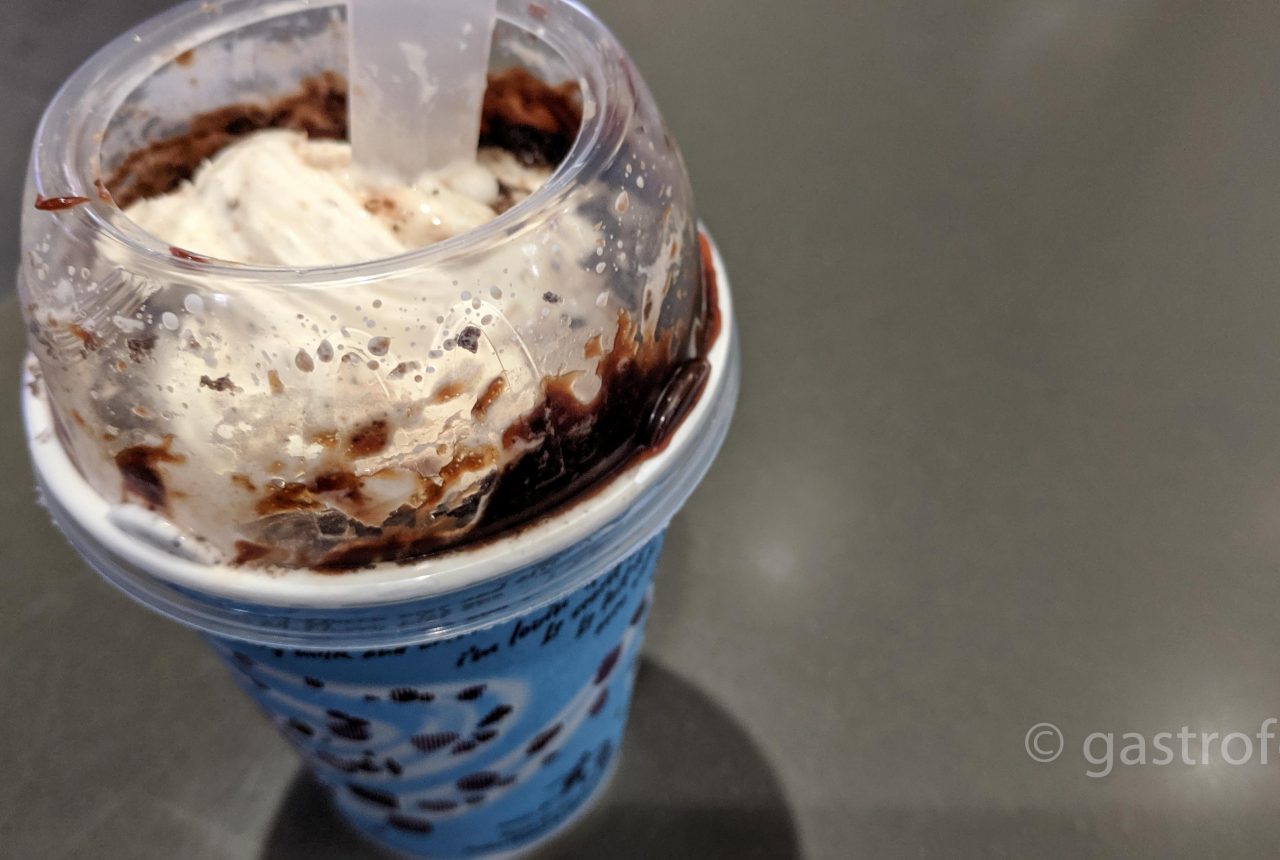