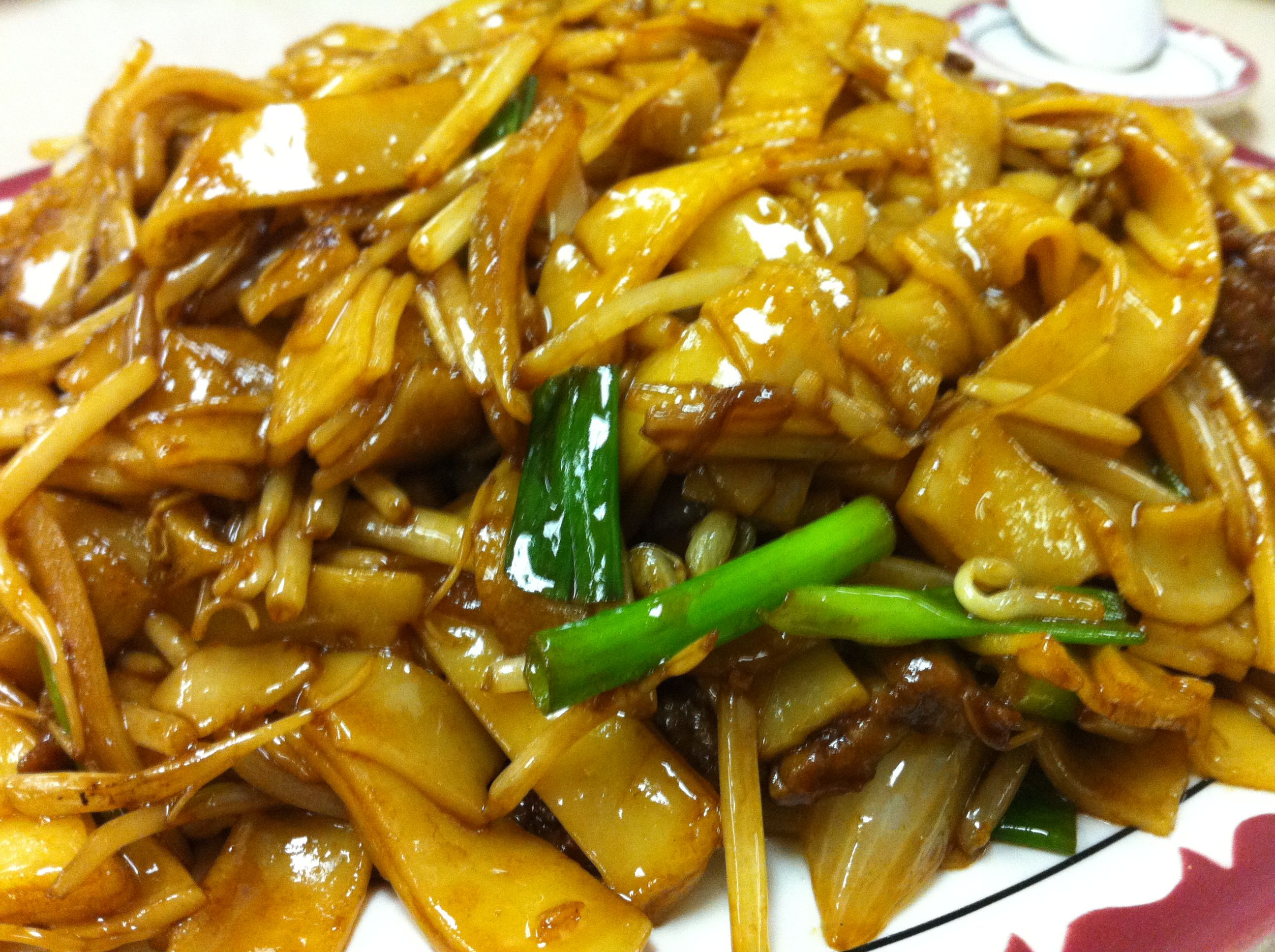 Ah, New Town Bakery. If you grew up Filipino like I did – this was THE place for siao pao (steamed buns with a meat filling). The place is very ghetto looking for a bakery but it’s been around longer than I have. While I question the cleanliness of the place, its one of those things that you put aside because the bakery items are just so damn good.

Now I know New Town Bakery recently moved (three spaces over) and now it’s shiny and beautiful (see pics below), but when I went for lunch – this was prior to the move. I do want to try their food again now that they’ve moved into the new space.

A girl friend of mine who is recently engaged let me take engagement photos of her and her fiance – yes I do a little dabbling of photography on the side! So what better and funky place to do it than in Chinatown?

In any case, we stopped at New Town because my friend remembers going there a lot too when she was little! They were so nice to buy me lunch, especially after I made them walk around in the rain! 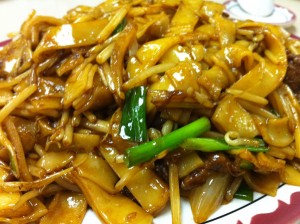 We ordered pan fried beef noodles, rice rolls and the two lovebirds shared a steamed bun. The beef noodles were much like anything you could get at any Chinese restaurant or cafe, nothing quite spectacular. The beef was a little weird tasting, but I think it might be because it wasn’t so fresh. 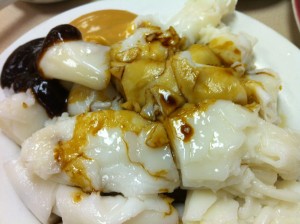 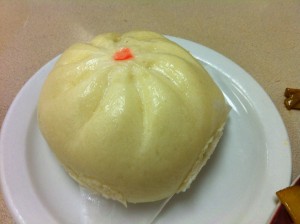 The rice rolls were covered in soy sauce with the obligatory sweet hoisin sauce and peanut sauce.As you could probably tell, it looks sloppy. A little freezer burnt maybe – it wasn’t overcooked.

And the said steamed bun.

I think I’ll stick to ordering the bakery items because they’re the best here. Speaking of the best – I recommend getting the Chicken Deluxe, Chicken and BBQ Pork Steamed Buns. I ALSO suggest getting Apple Tarts because I’m confident enough to say that these are the best apple tarts in the city. 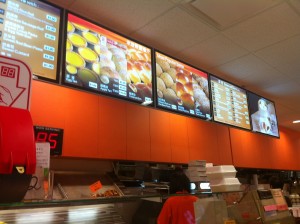 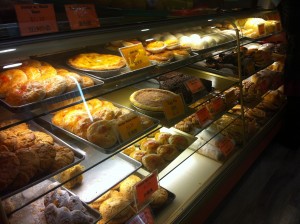 And now – this is what the new New Town Bakery looks like, very clean and chic! I was chatting with the server the last time I was in and she said they moved into their space about two and a half weeks ago!

Thanks to my friends for letting me take their pictures that day (here’s a sample!). 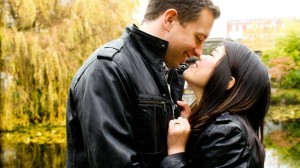 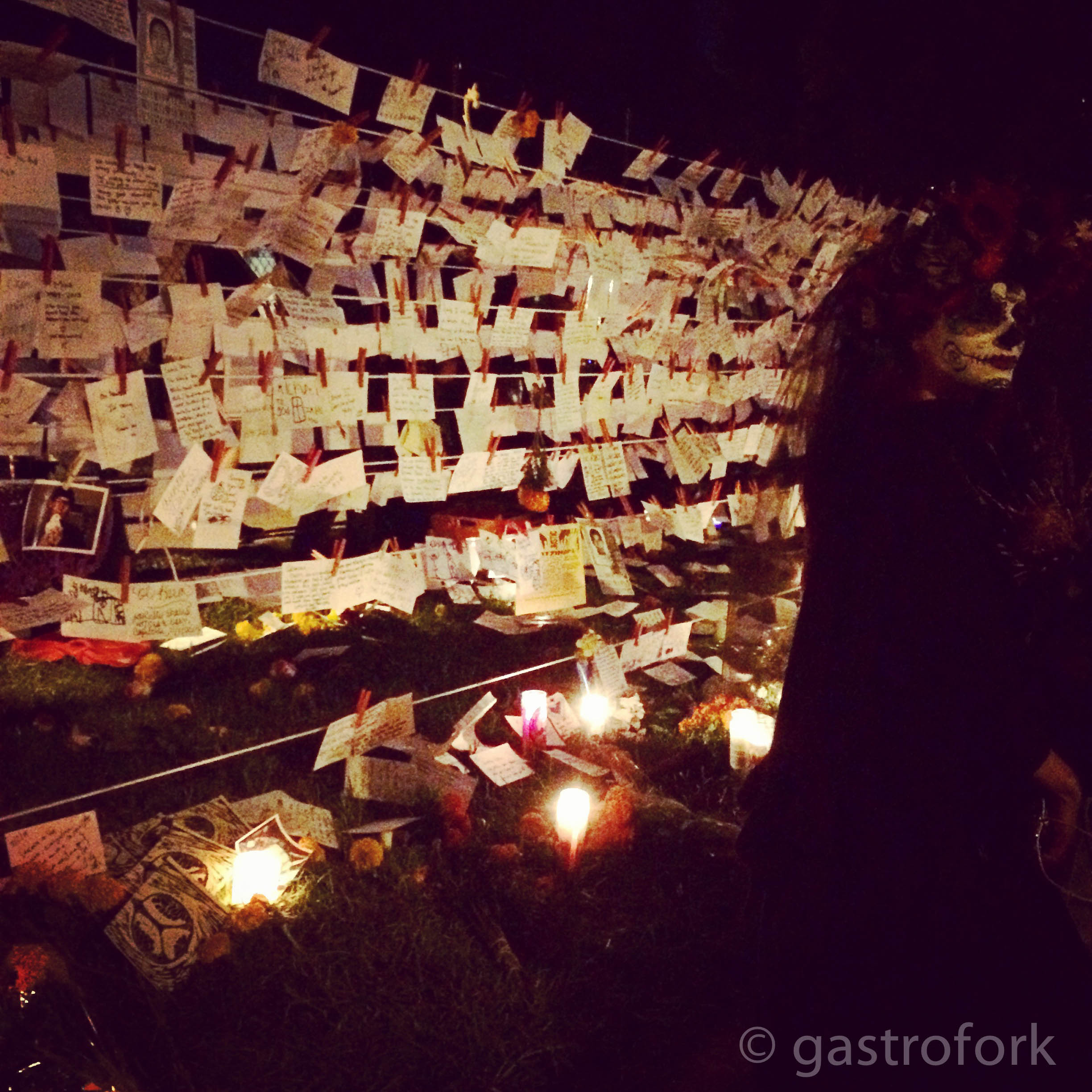 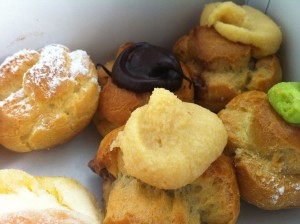 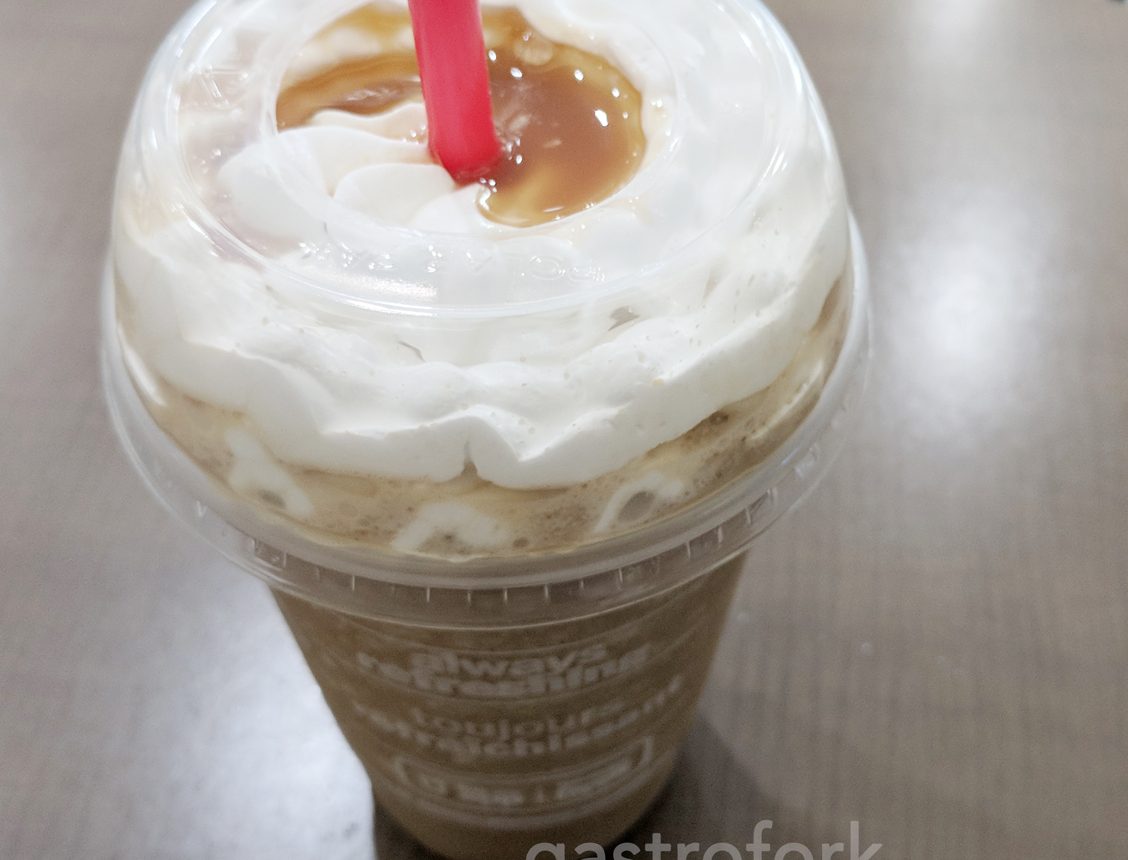 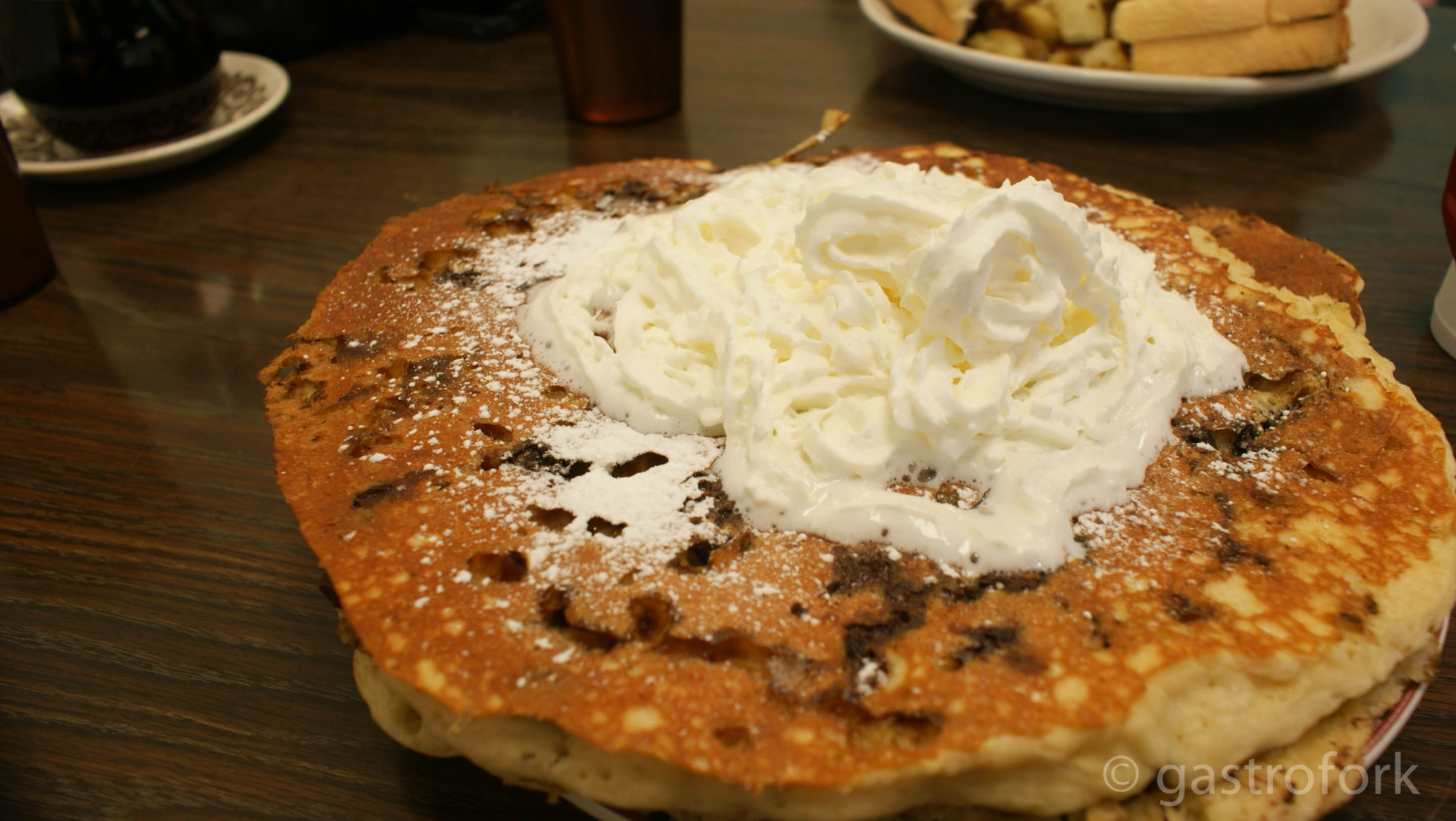