If you hadn’t noticed from Dee’s flattering, descriptive snippets of me, I’m still alive! And because I love her, I’m stretching out my typing fingers and writing a review.

It was about 6pm when my friend and I treaded down Granville Street towards a place that was “Within walking distance of the Vogue theatre. Fast. Filling. And delicious”. I asked our wonderful foodie Dee what the Templeton was and she simply said, “Diner.” 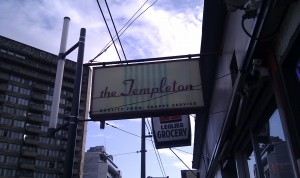 The sign outside the restaurant was a nice little foreshadowing of what was to come but still I was pleasantly surprised by the interior. 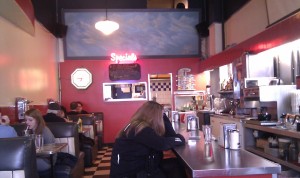 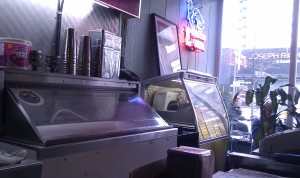 Diner was right because there really is no other word to describe what was the inside of Templeton. If you’ve ever been a fan of Back to the Future, or long for a simpler time of couple booths , varsity jackets and make out points, this is the place to satisfy all your nostalgic needs. There’s even a jukebox, but I didn’t get the chance to try out if it was a working one or not. 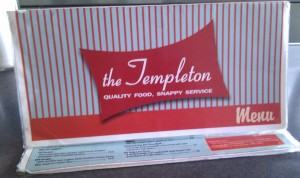 The menu is on the site, but I just thought I would take a picture of what it looks like there because it’s so cute! Even the waitress had flair because when I told her I was ready to order she replied while holding another customer’s banana sundae, “Well I’m not ready for you yet.”

When she was good to go my friend and I ordered the 777 Burger, Tiki Burger and Chili Cheese Fries. 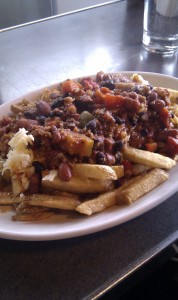 If we had known how filling this was going to be between two people I don’t know if we would have ordered two burgers as well. (I’m pretty sure we would have ordered the same.) Lathered generously with beans, meat sauce, peppers and cheese, this was really flavourful and not too saucy which was what I was initially afraid of. They offered ketchup but we didn’t need it. 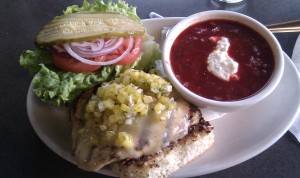 Due to the waitress’s high praise for their soup of the day and the fact that I already had my fix of fries, I chose their beet soup as part of my Tiki Burger. I have a slightly unfriendly bias towards beets so I wasn’t expecting to like it but it slowly grew on me! With the cream cheese mixed in it was a little bit sweet, little bit salty, and quite nice. Like a Chinese Russian Soup but with more kick. My friends, who wasn’t used to such exotic taste, finished hers as well but wasn’t quite as fond of it.

The chicken burger itself was juicy and quite sweet due to the pineapple salsa mixed in between. I thought the focaccia bread was a nice twist from the usual burger bun and had a nice texture. 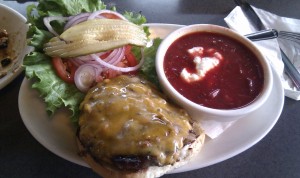 The 777 Burger looked like your average burger: patty, tomato, lettuce, sesame bun. But the patty was what left a mark with me. Definitely 100% organic beef it was so tender and fresh (you can call meat fresh right?)

Overall the food was good, service was friendly but of course it was the atmosphere that sealed the deal. I was too full to order dessert but next time I go I’ll remember to make room for a milkshake… and maybe wear a poodle skirt while I’m at it. 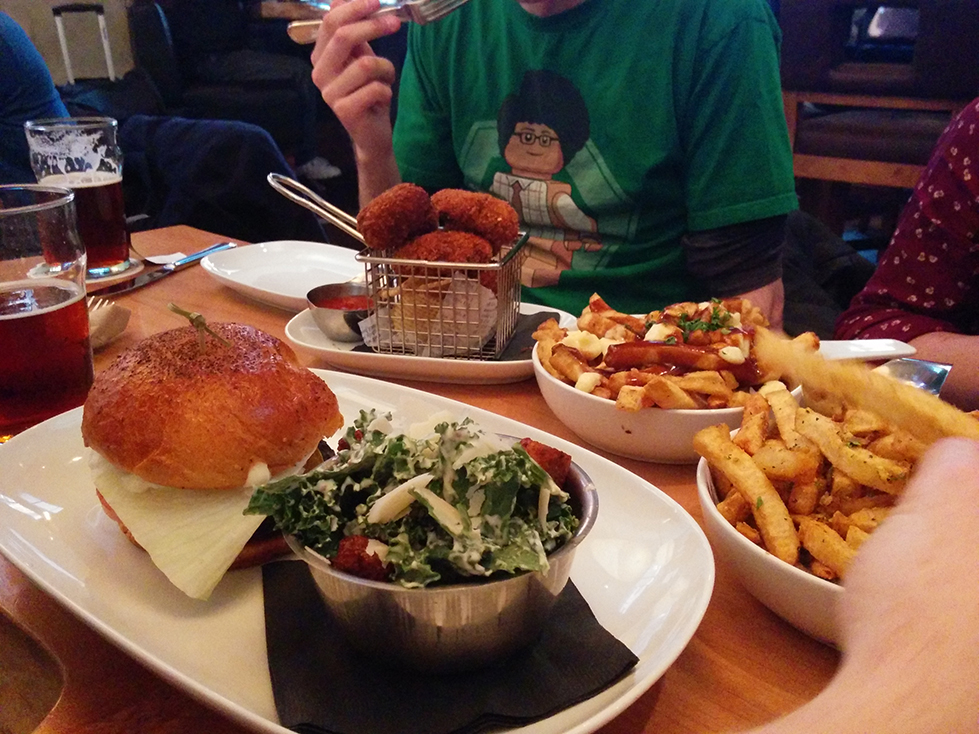 Places to Drink: Salsa and Agave, The Charles Bar and Chill Winston

File a Complaint with a Health Inspector 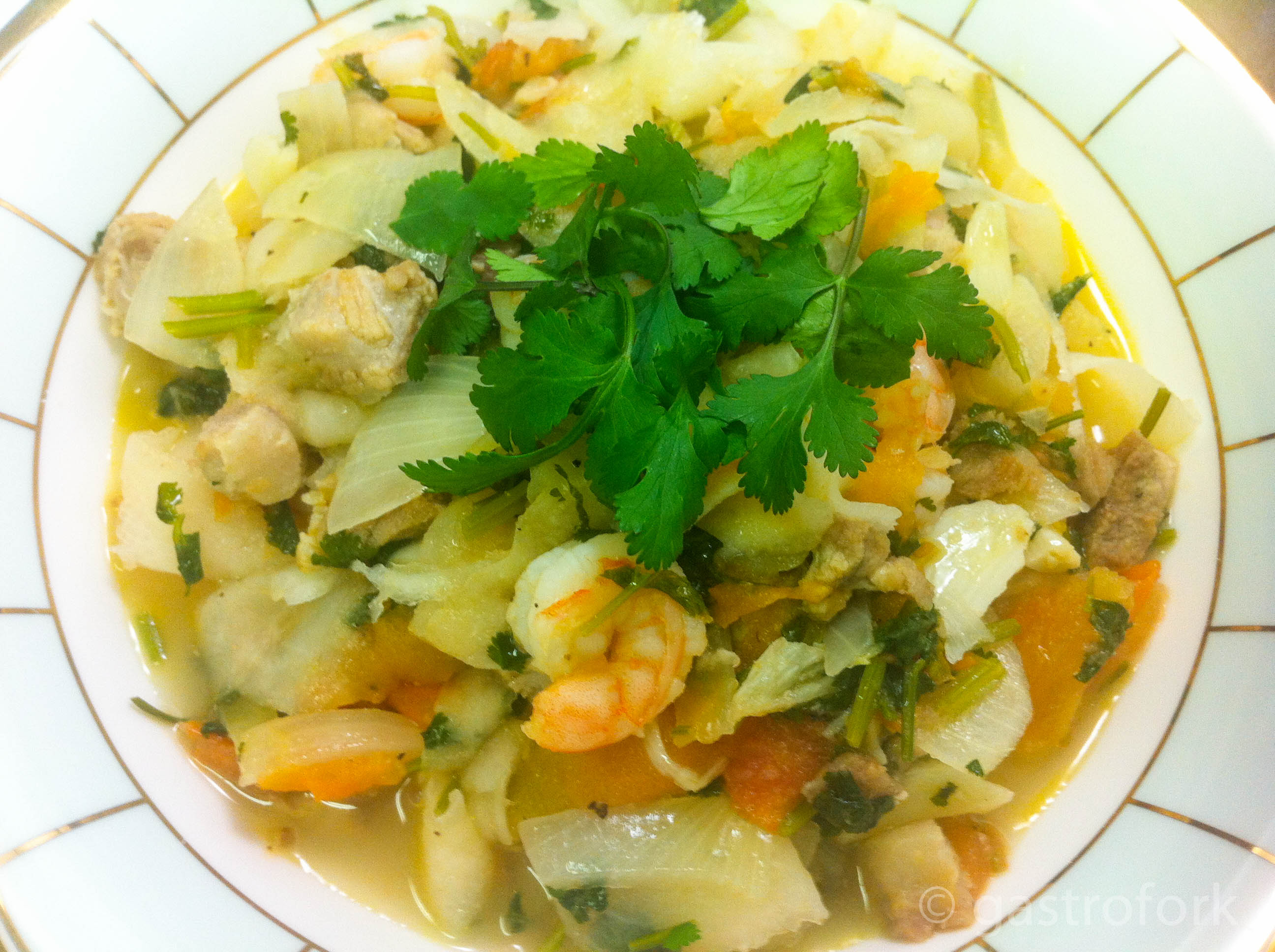 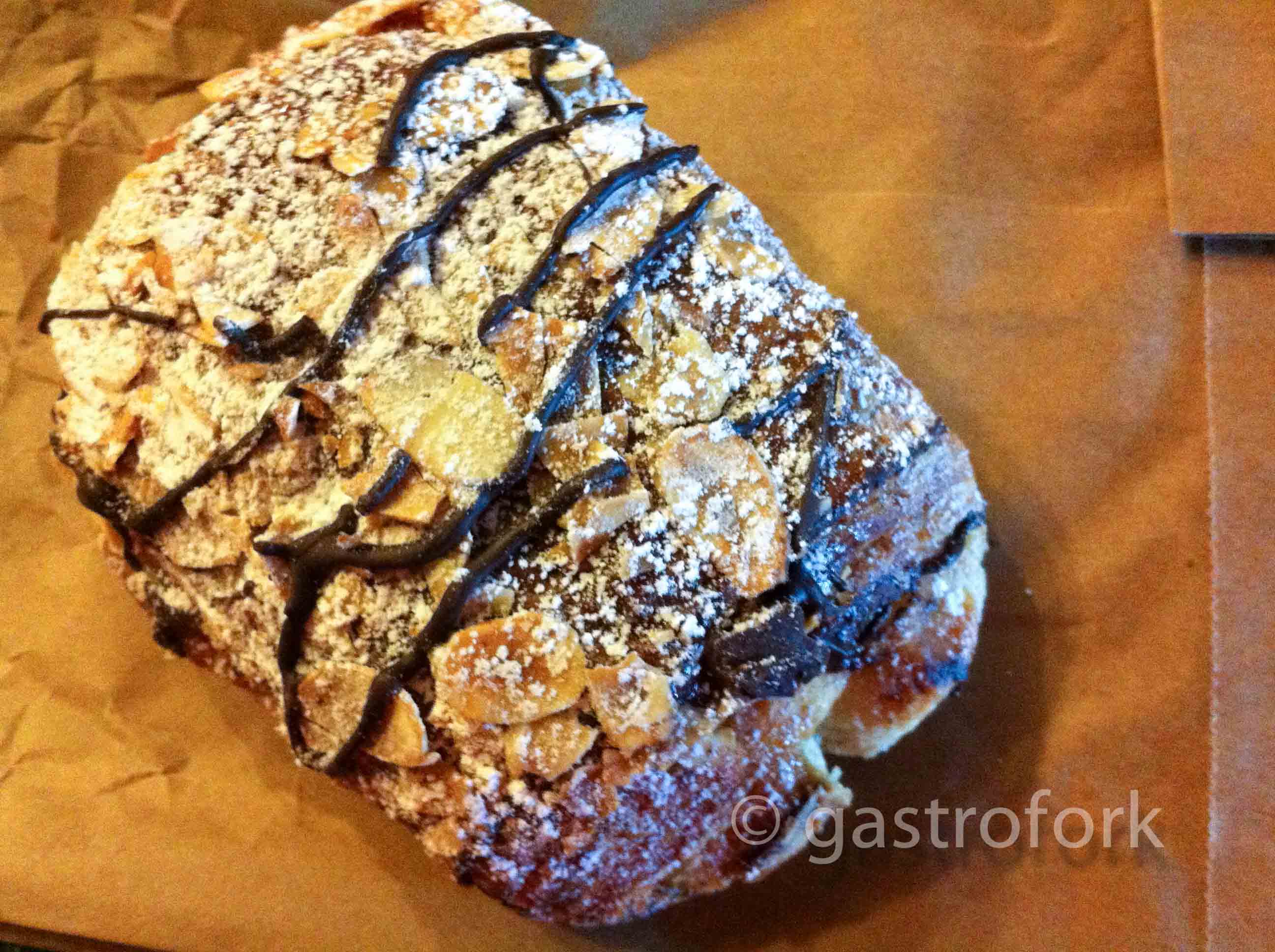 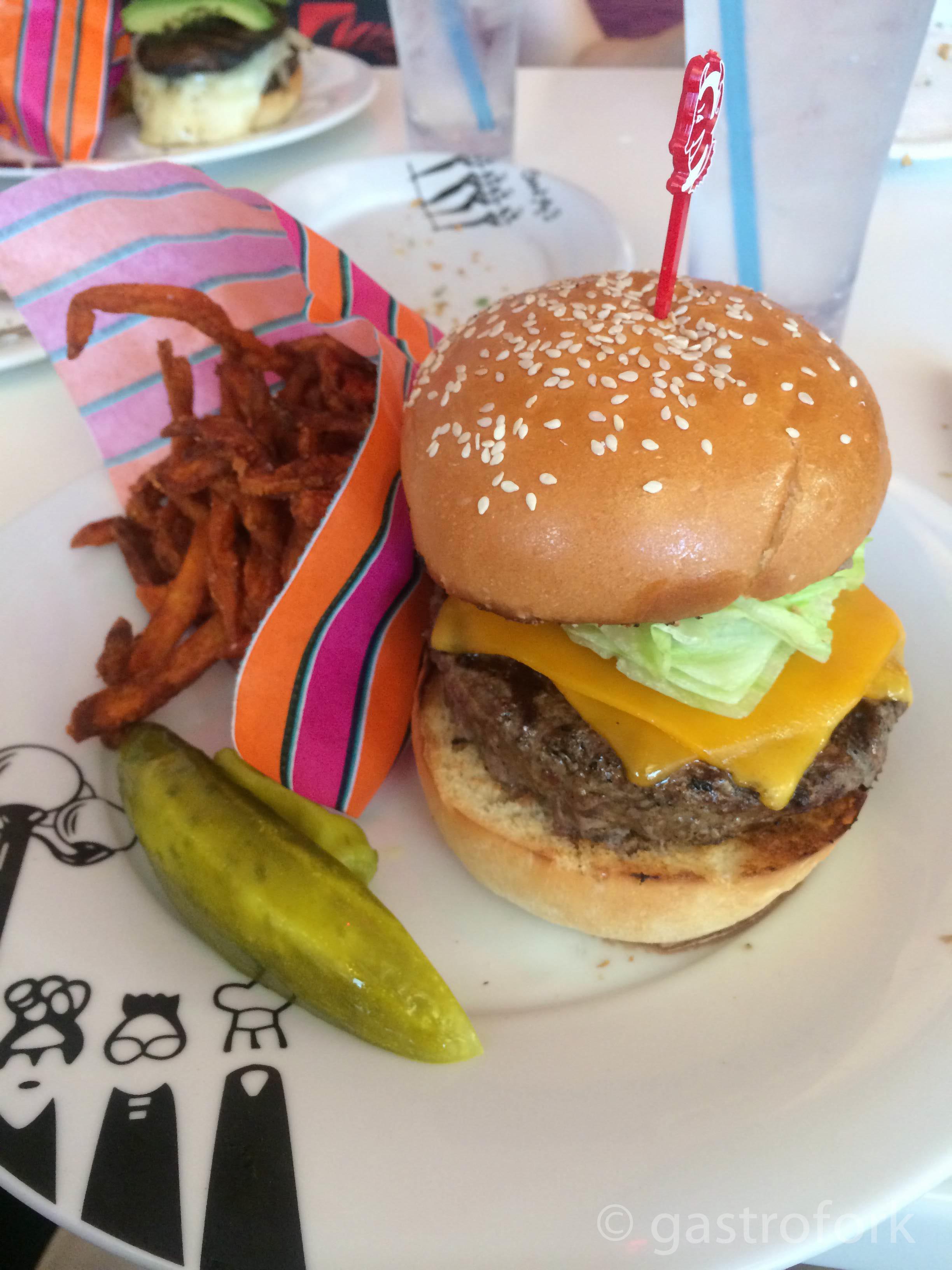