Have you ever been to Mr. Ho Wonton House in Burnaby? It seems like one of those institutions that have been around for a long time (at least ten years according to the accolades they’ve won).

I wouldn’t go as far to say Mr. Ho’s is gourmet Chinese food, in fact it’s pretty much anything you’d get at a Chinese hole in the wall or cafe. So what exactly makes it different from the rest – and more specifically, able to win 10 awards for best Chinese food in Burnaby? I’m thinking it’s either their to-go lunch specials that are $5.75 or maybe the fact that the waitresses and the managers are friendly and speak English. Which proves that customer service can really make a place (are you listening out there, Chinese hole in the walls?). 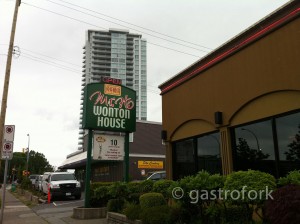 Mr. Ho Wonton House is located near Highgate mall, right next to Wings. Brian thought it’d be a good idea to try it out (since he went a couple days beforehand with his coworkers) and I was game for some greasy Chinese food. 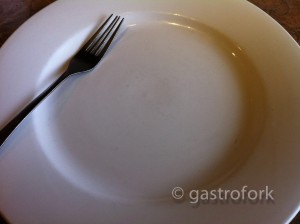 At the restaurant, they serve all food with big plates and forks (but also provide chopsticks too). A change from the small plate and bowl with chopsticks deal you get everywhere else. My mom, who doesn’t know how to use chopsticks very well would love this place. The clientele here is a good mix of different cultures but more so predominantly caucasian diners. That last sentence reminded me of the time I was at Peaceful Restaurant waiting in the line when onlookers said, “You know what they say, if their kind are willing to wait, then it must be good!”

Anyway, back to the present. We loaded up on carbs. Brian ordered the Minced Beef and Lettuce Fried Rice ($7.50), I ordered Pan Fried Rice Noodle with Sliced Beef ($8.25) and we ordered the House Special Chicken Wings ($9.25). 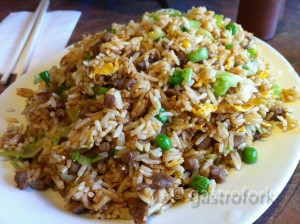 The rice was good, less greasier than most places. I found the peas a little mushy and chalky, but I think its probably because they use frozen ones. The portion was big though.

The fried rice noodle was also a big portion but it could use more bean sprouts, onions and green onions. The noodles were made well, as they weren’t too burnt or stuck together. The beef was chewy and flavourless, tasted a little on the old side too.

The Chicken Wings which were recommended to Brian by his coworker had a great taste on the outside, very garlicky and not too spicy but was not crispy. The inside was a little dry too. 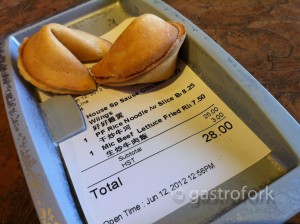 When we asked for our bill, it came with fortune cookies. Nice touch.

I can see them getting business because the service is really great compared to other Chinese places, the manager knew some of the customers and chatted with them. However in terms of taste, I can’t say I’m a fan and I could think of better places in Burnaby to get a better Chinese meal. I could see my parents liking this place because it has a better ambiance than those trendy Chinese cafes that play loud music.

The prices are on par with other places, but the quality is lacking.

This is a huge place and well spaced out. It’s cleaner than most Chinese dives in the dining area. 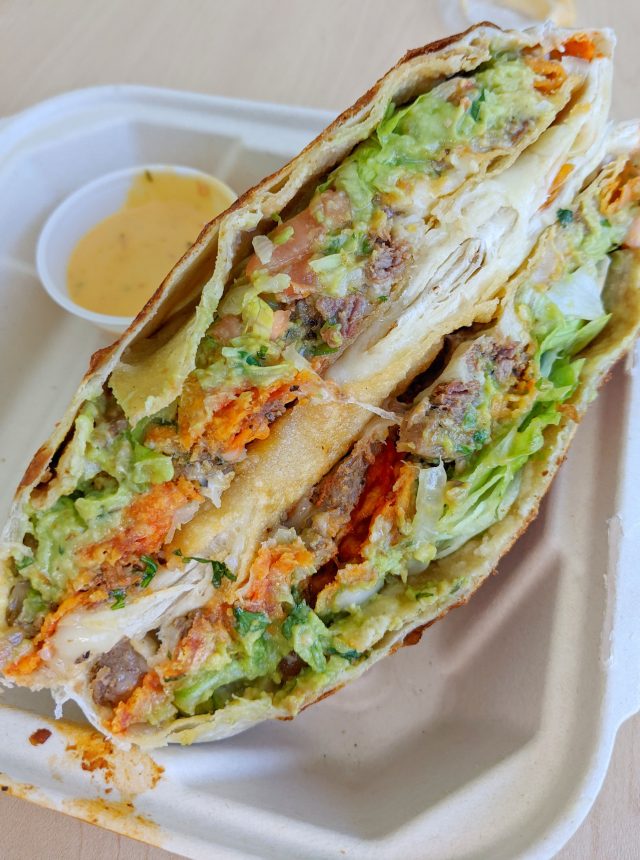 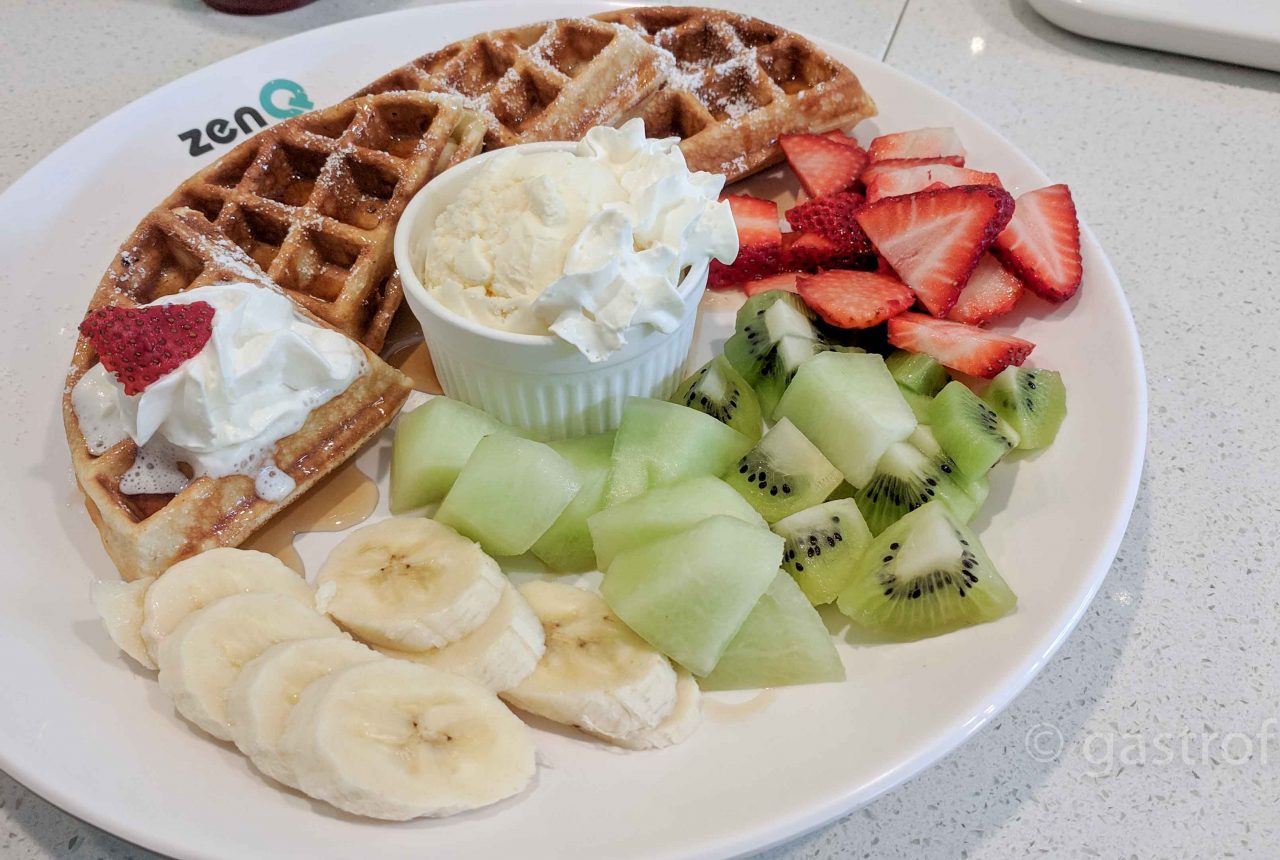