Kerrisdale is a great area, but it’s not somewhere I frequent since it’s a bit far from where I live. This particular rainy day brought us here to pick up some men’s TOMS for Brian’s friend’s wedding (confusing enough?). Anyway, afterwards it was a little late in the day (around 3ish) and we haven’t had lunch yet. Most of the places I wanted to try out were closed in between lunch and dinner, but this little restaurant called Avenue Grill was still open.

Reading a little about the restaurant as we were seated and perusing the menu, it has been here since 1927! In a time where restaurants come and go, you have to give it to them for being around for so long. 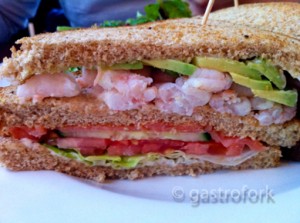 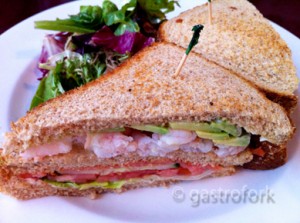 Brian ordered the West Coast Club (smoked salmon, shrimp, avocado, lettuce and tomato) which comes with a side salad (approximately $11). Brian is funny because he’s not picky and whenever I ask him how good his food is, he always answers, “It was alright.” It’s his signature saying! 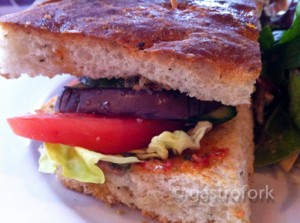 I ordered the Mediterranean which is grilled eggplant, zucchini, bocconcini, lettuce, tomato, sundried tomato mayonnaise on focaccia. While this was a decent sized sandwich and the veggies were great and grilled, it felt like it was slapped together without much thought. There were points where I would take a bite and have a three inch thick slice of eggplant and then the next bite would be 1mm thick. The focaccia was a little burnt as well, thus being drier than usual. This would be a great sandwich if it had a little more toppings or consistency and some more of the sundried tomato (which, was not mayonnaise at all, more pureed than anything. It was good though). My sandwich costed about the same as Brian’s ($11) but it wasn’t that great.

The service was a little slow, but there was no reason for it to be that way – there was literally one other diner in the restaurant and she was settling her bill. Our waitress was pleasant but was highly distracted and would make conversation with whomever was in the back while she attended to us. Not exactly the best in customer service.

I’ve eaten here once before with a friend who used to live in the area and even our service and food was spotty. I don’t think I will be back here, Kerrisdale has a handful of great gems (Tokyo Thyme is one of my favourite places), so it isn’t hard to find a good place to eat here. 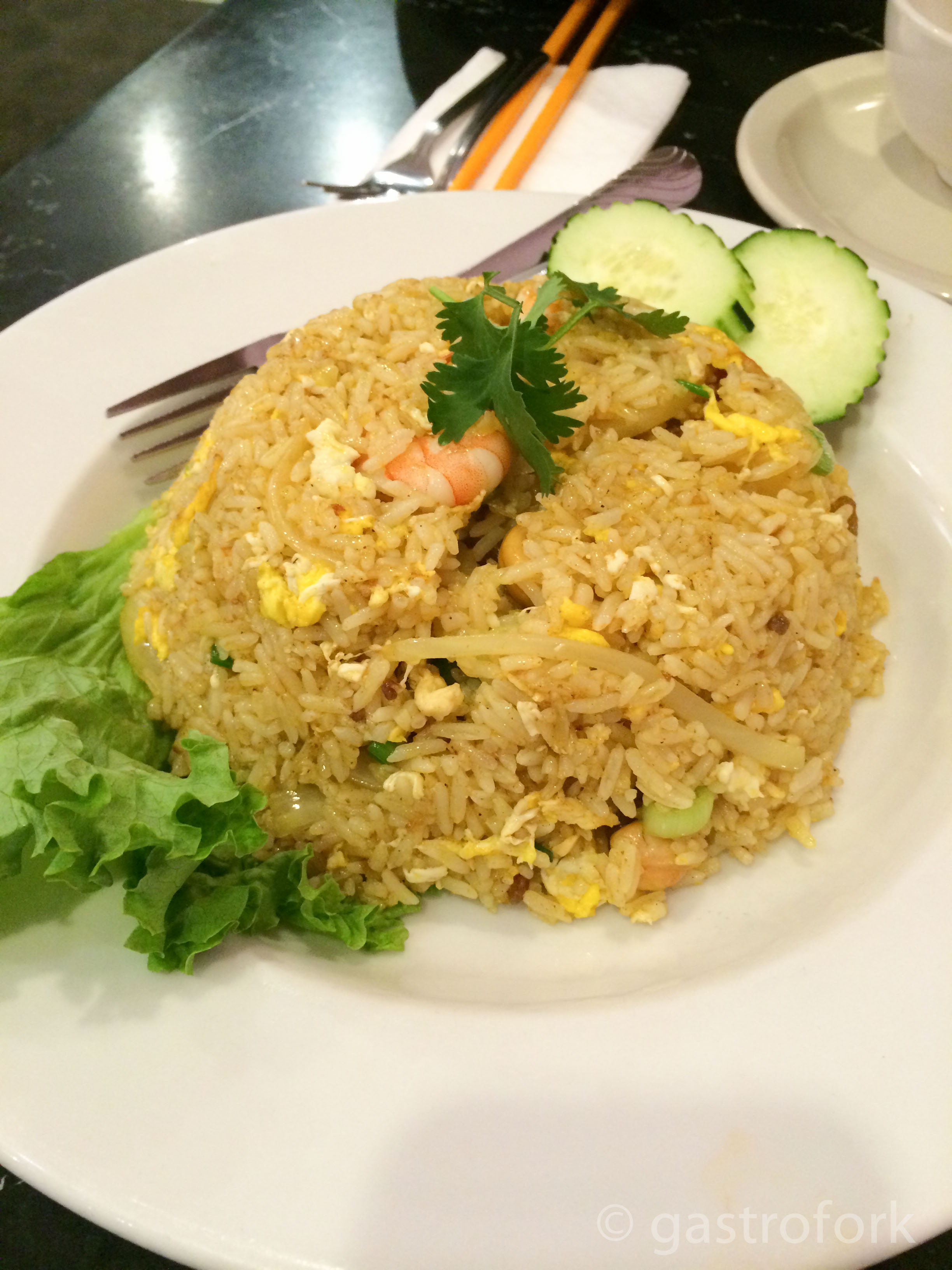