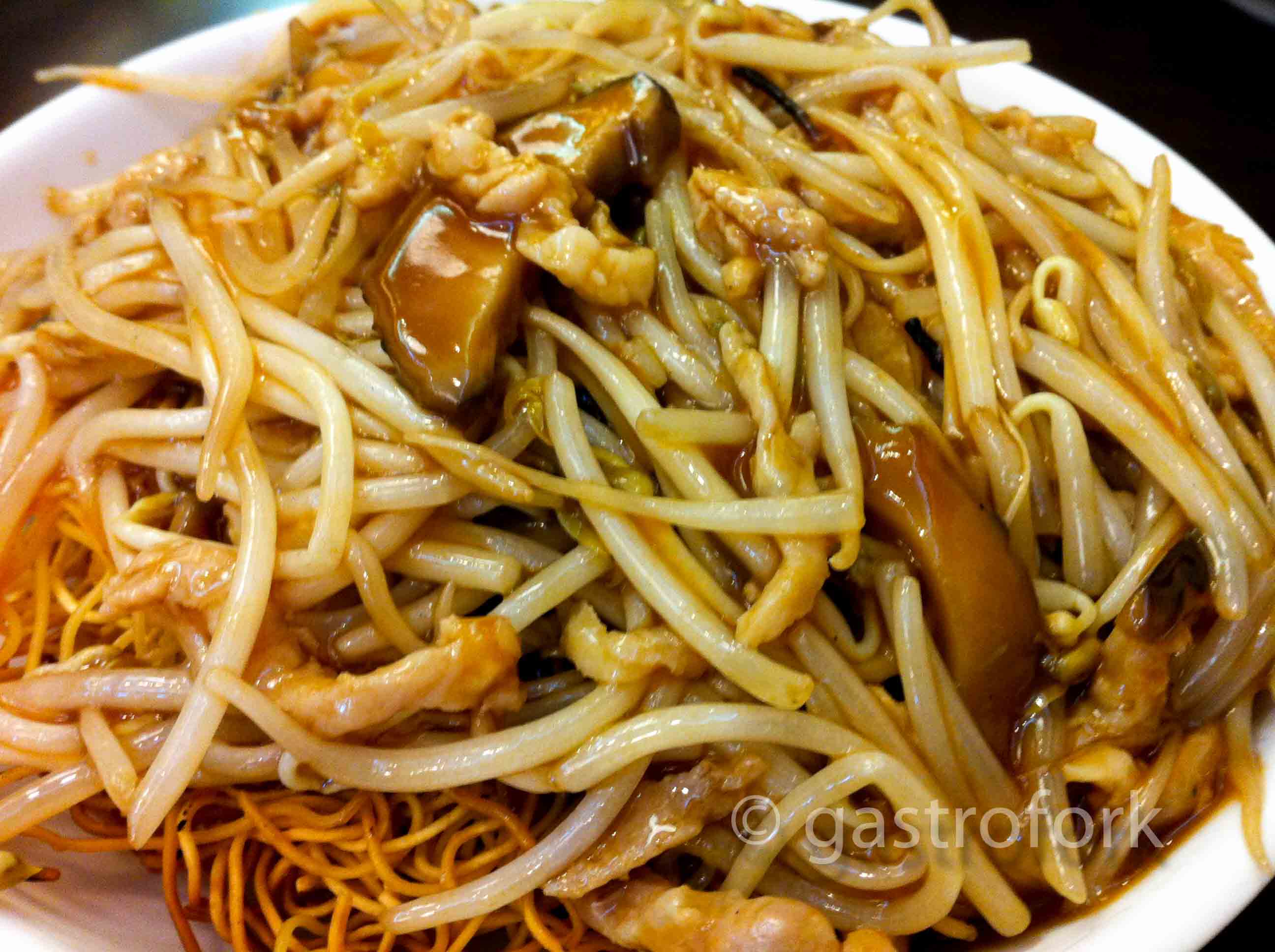 When I first heard of this place, my initial thought was – video game themed HK styled cafe?! But unfortunately, it’s just a new cafe opened up on Fraser around 46th street! 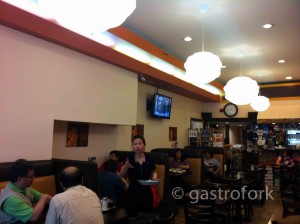 This small cafe is new and has pretty decent deals. I came here twice during the span of two weeks to scope out the service and quality of food. 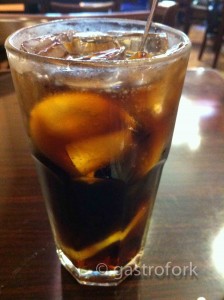 My first encounter was for late dinner with Brian and Will, we all ordered a baked rice dish (full size is $8.50 with a drink, cold drinks are 50 cents extra). I ordered a lemon coke and Baked Seafood on Rice. All items on the menu come with a hot drink (which can be upgraded to a cold drink for 50 cents). 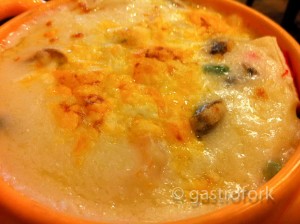 The pots that they deliver it to you in are massive, much bigger than the ones I’m used to in other cafes. You can’t really see much but once you mix it up you can check out the types (yes, types meaning more than one piece) of seafood they put into the dish. In mine there was pieces of fish (like pollock), squid, imitation crab, shrimp and there was also a mussel in it (which surprisingly was easy to retrieve and didn’t give me any bumpies from being allergic to shellfish!). There was a good deal of mushrooms, peas and carrots in this dish as well.

Amazingly filling, this can easily serve two people. Brian and Will both got some sort of tomato sauced baked item (Brian’s was a baked pork chop) and he said that the portion was decent. 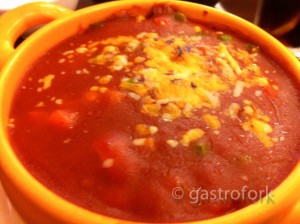 A week later, I came back with my parents. My dad ordered the Shredded Beef Chow Mein ($8.50), I ordered the Curry Chicken ($8.50( and we ordered appetizers Curry Fish Ball and Tentacles ($6.99). If I had known my dad was going to order the appetizer, I would’ve gotten a different dish cuz I was all curried out by the end of the meal. 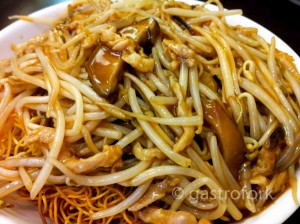 The Chow Mein was a modest portion, it had a lot of bean sprouts, Shiitake mushrooms and not too much shredded pork. My dad didn’t really notice since he was too happy to have chow mein but this dish went fast between the three of us. 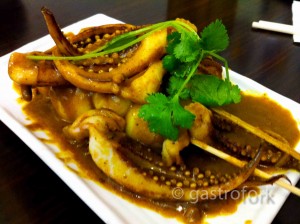 Our Curry Appetizer was okay, but I thought was overpriced for what it was. Maybe 6-7 tentacle pieces and two skewers of three or four fish balls each. 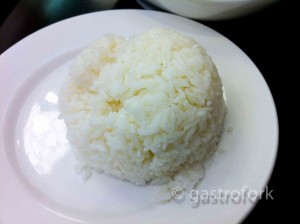 My Curry Chicken dish came with a side of rice, there was, again, enough to feed two people with this portion. The chunks of chicken and potato were generous and the sauce is nice and thick. Some of the potatoes were crispy but I kind of liked them that way because it gave my meal a different texture than what I thought it would have.The chicken is tender and you’re given big pieces too. 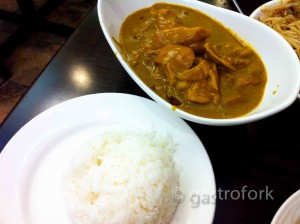 The wait time for the food is normal, nothing worth noting (although baked dishes obviously take more time than fried dishes!) and the service is good. This place is always busy the two times I came here – even if they were off-peak hours. It’s cleaner than most places on Fraser but I’m assuming it’s because it’s newish. I would definitely recommend coming here for a fulfilling meal under $10.

The service is better here than most Chinese/HK Cafes, but I wouldn’t say to expect Keg-style service here.

For a big meal and a drink for under $10, you’d be hard-pressed to find a good meal like this.

Cleaner than most Chinese/HK Cafes (the front area anyway!). 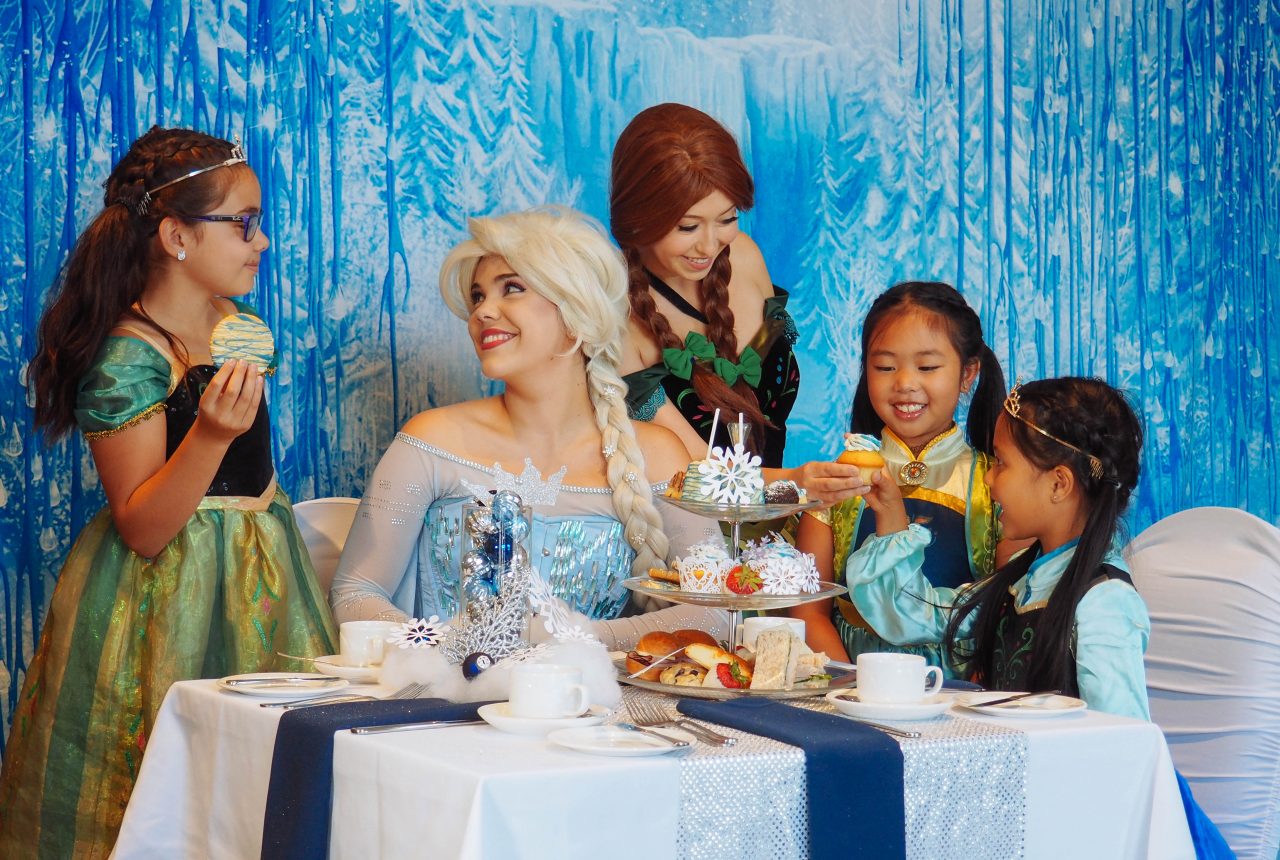 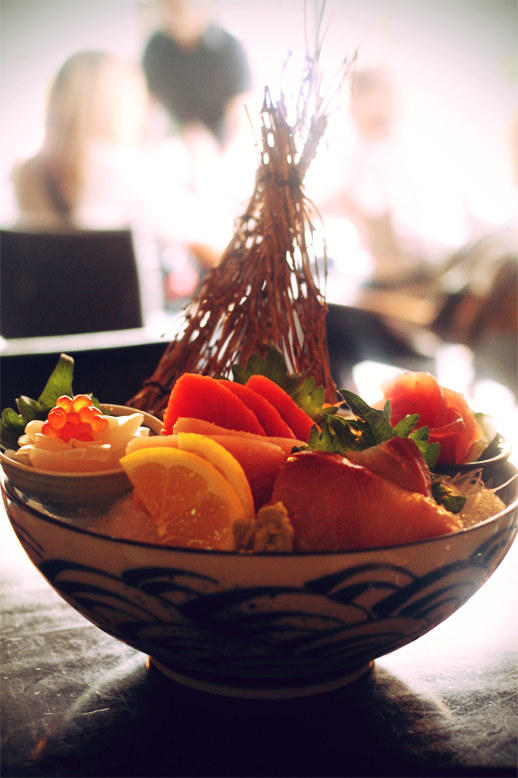