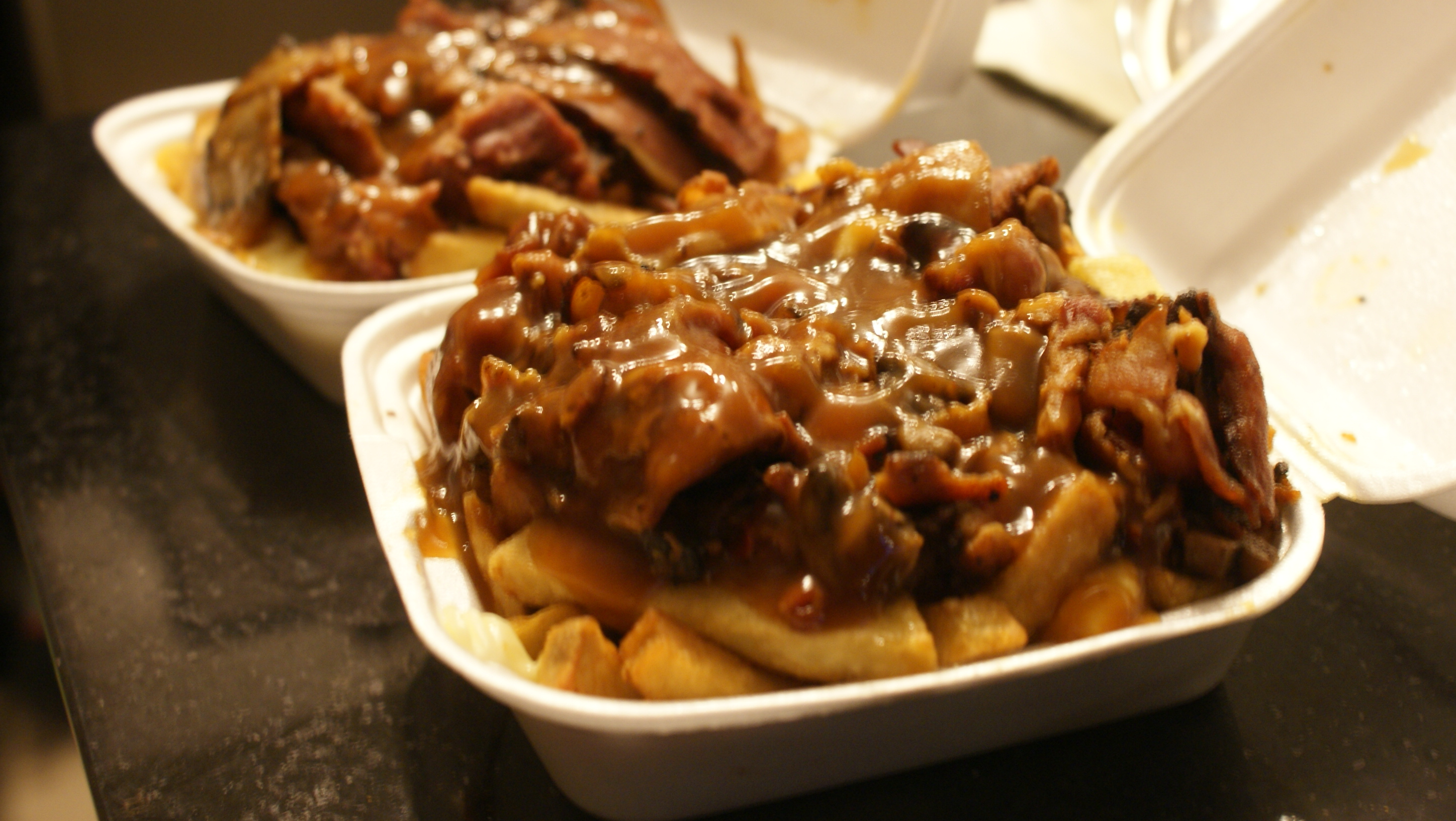 Something to call our own. That’s what poutine is. You just can’t get it anywhere in the world except for right here in Canada (maybe versions of it, but not the real deal). 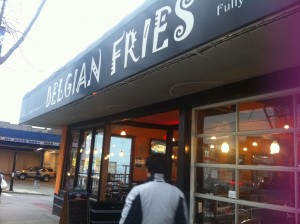 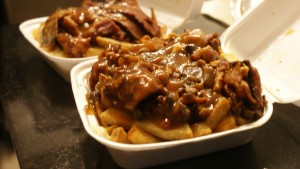 People are passionate about their poutine and Vancouver restaurants have really embraced this Canadian treat. There are two places in this city that seem to be doing it right since it’s all I ever hear on twitter and on people’s lips – and one of those is found in the heart of Commercial Drive: Belgian Fries.

Belgian Fries is more than a one trick pony – it has a menu with more than just poutine on it: sandwiches, wraps, burgers, fries, shakes etc. However, it being Brian’s first time here – we decided to grab some poutine to go. 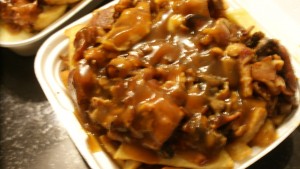 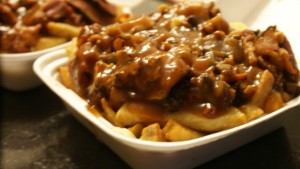 Brian ordered the Deluxe: bacon, mushrooms, onion and red peppers. The regular size is $7.80 and the large is $9.10. He ordered the medium one. The poutine was packed and heavy in the bag and smelled like heaven. When we opened it up, I noticed that there was a lot of bacon and mushrooms but very little else. It was a bit more saltier since it had bacon in it as well. Brian enjoyed it but he said it was a little too much and preferred mine. 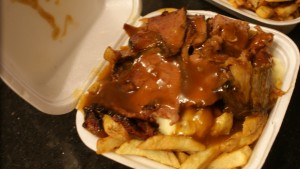 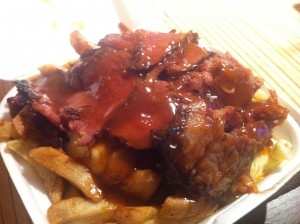 I ordered the medium Montreal Smoked Meat ($7.30/$8.60). I think simplicity rocks – the smoked meat on top was generous and cut into thick, juicy chunks. There was a good amount of gravy that didn’t feel like the fries were drowning in. There were some big cheese curds but they were not fully melted sadly so they clumped together.

We agreed that the poutine was one of the best ones we’ve had but it would’ve been better if the Deluxe had all the veggies promised to make it a bit more ‘healthier’ and heartier. 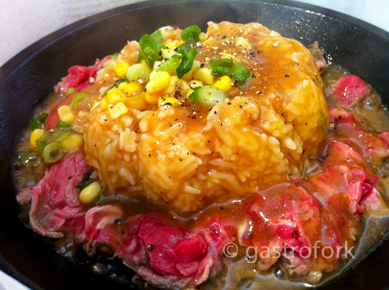 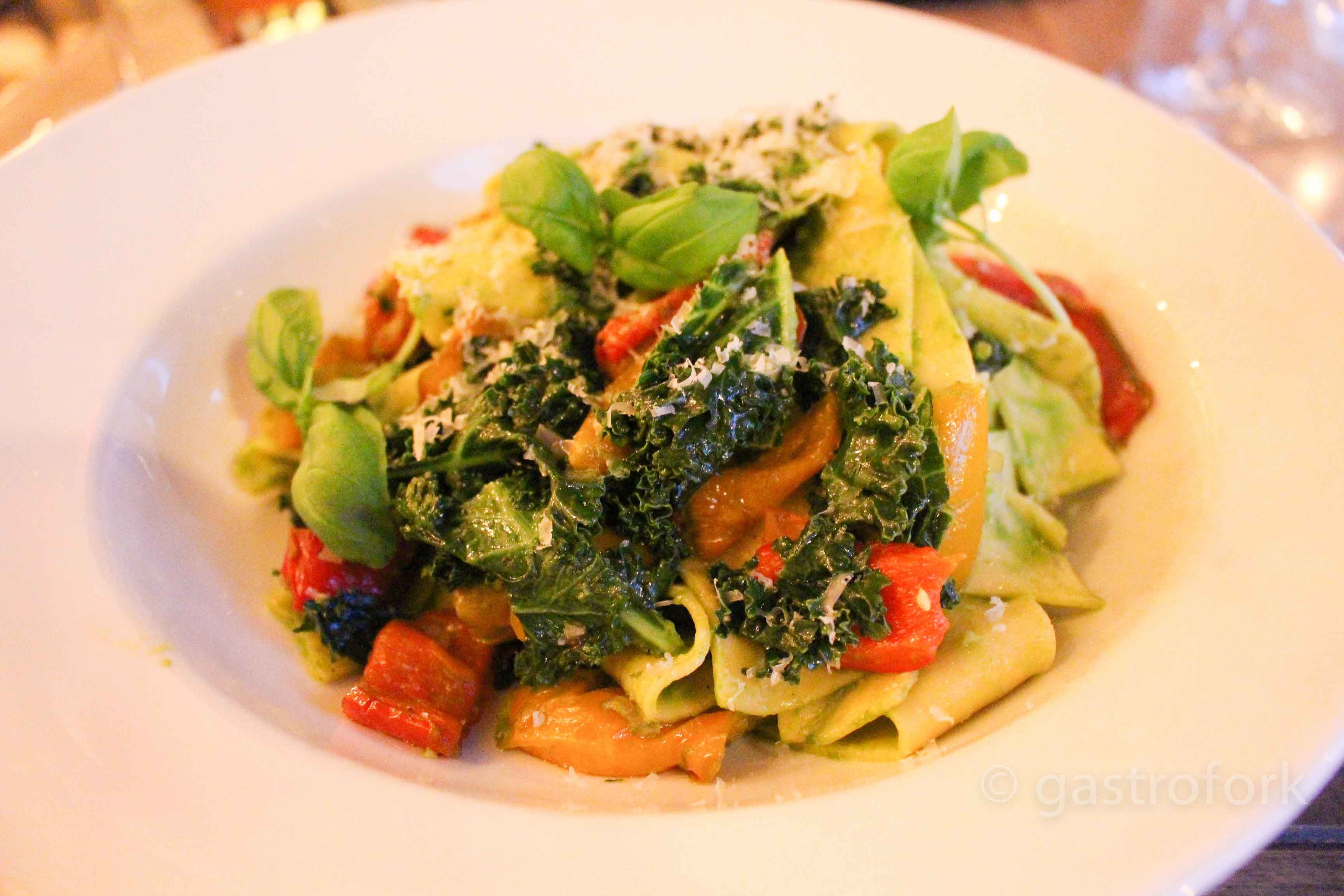 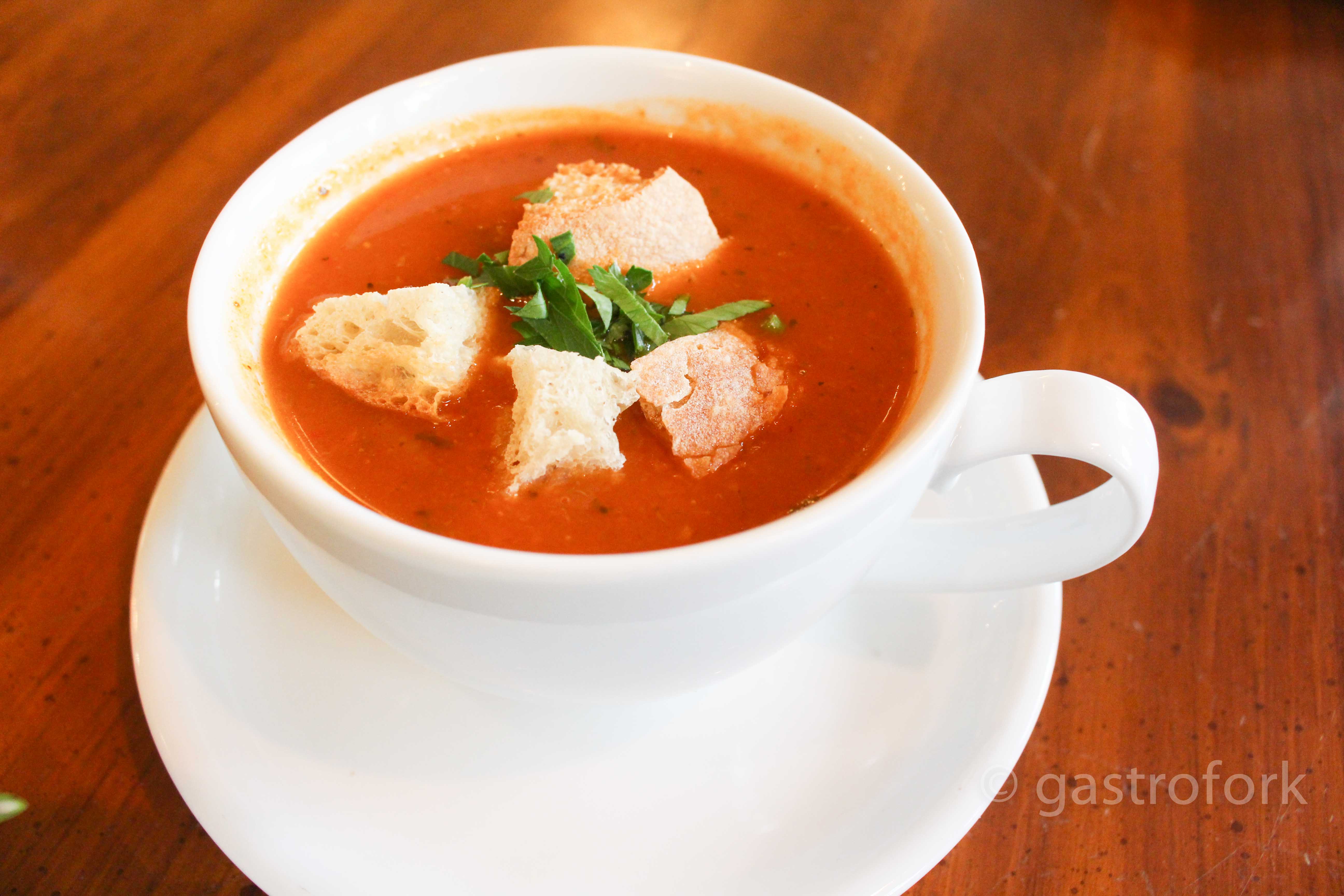 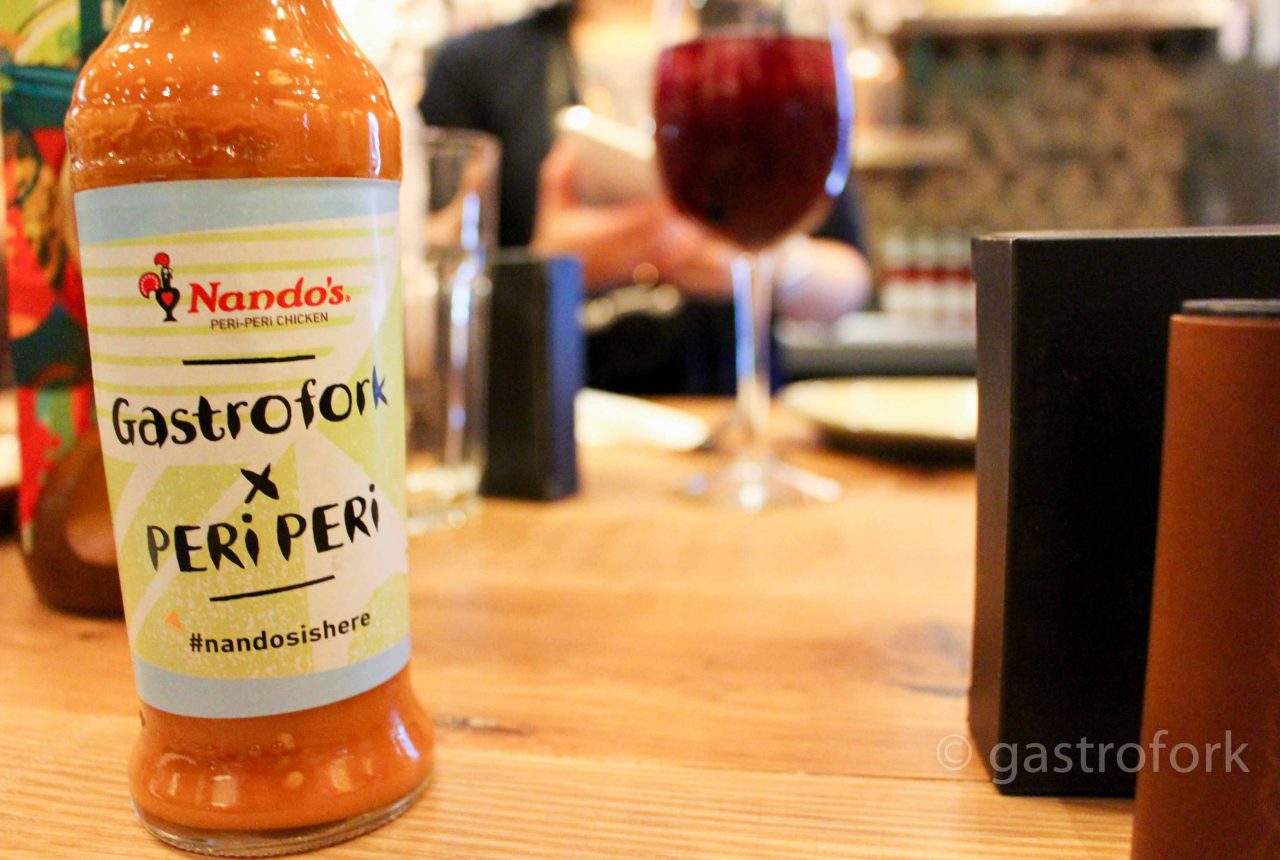