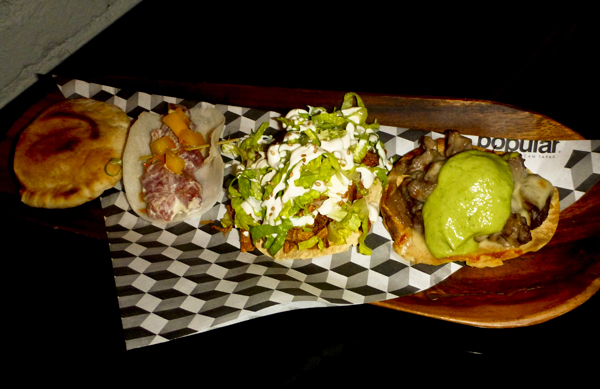 [Editors Note]: I’d like to introduce our newest contributor all the way on the East Coast in New York City, Anny Chih! You may know her from twitter or from her own blog, AnnyChih.com! I’d like to thank her for writing this well written review and for being so adventurous trying out crickets! 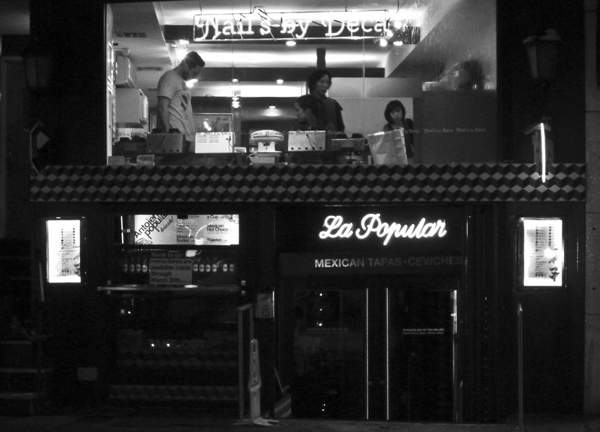 The idea of Mexican fare typically conjures images of chips and salsa served in a kitschy fast food joint with colourful habanero peppers hanging beside each rounded doorway. If this is what you think of, you should visit Antojeria La Popular. 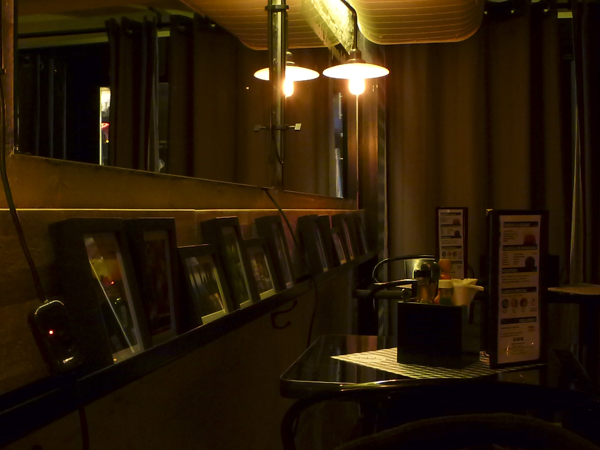 Mexican architects and designers, Andrés and Regina, opened their new restaurant this past December to dispel Mexican stereotypes in NYC with two-bite tapas. Each dish is inspired by one of the country’s 31 unique states and served on a serviette featuring the same monochrome geometric pattern as the tiled walls which you think must be a move to modernize the establishment, but turns out to be another way to break the mold of preconception. The pattern and tiles were imported from Regina’s home in Mexico and is “a pattern of the people” she explains “it belongs to all of us.” 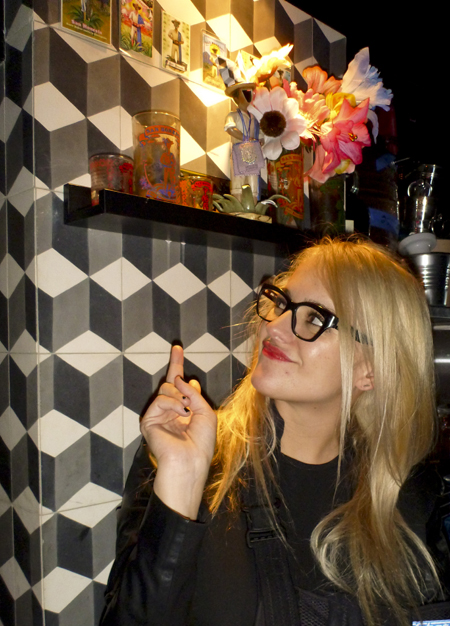 There was a lot of time for explanations at Antojeria La Popular where each dish was separated with ample time to refill our glasses of sweet red sangria in a relaxed atmosphere befitting of the artistic hub Regina envisions. 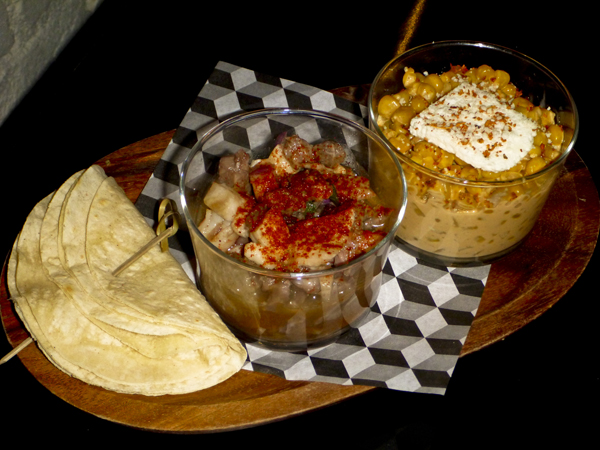 The capitol of Mexico was the first area to make its debut on our table with the Distrito Federal ceviche served with a side of Morelos (corn). Unlike standard seafood ceviche, the Distrito Federal makes a “tribilin” mix of three types of meat: white fish, shrimp, and sirloin. While the original dish is typically served table-side and still semi-raw in Mexico, the chefs here cook it long enough to be acceptable for North Americans while still maintaining the soft consistency of fresh seafood for all its meats. In combination with the mildly spicy corn on bite size tortillas, this was easily my favourite dish.

Zacatecas, Michoacán, Guerrero, and Sonora tapas were then served on a platter to share. The napkin holder on the table tells you that it’s ok to use your hands, which is comforting because you’re going to have to. The tapas to share are not easily sharable. 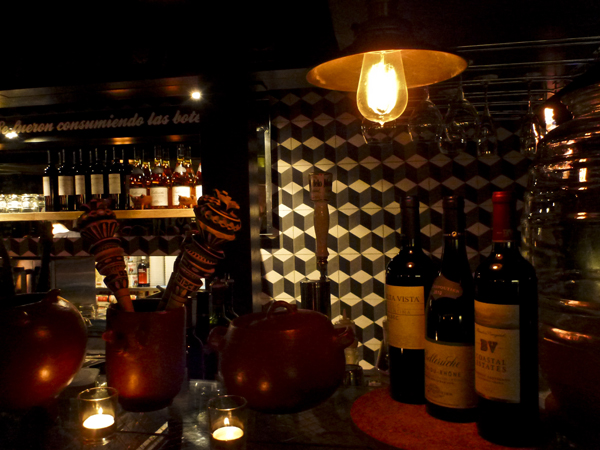 The raw salsa verde on the sirloin Zacatecas is a lively green but tastes like a very mild and unassuming garnish. The chicken and mole on the Michoacán is equally confusing as it looks fresh and savory with its mound of lettuce and crema dressing but ends up being very sweet in way that’s reminiscent of fluffy Asian pork floss. 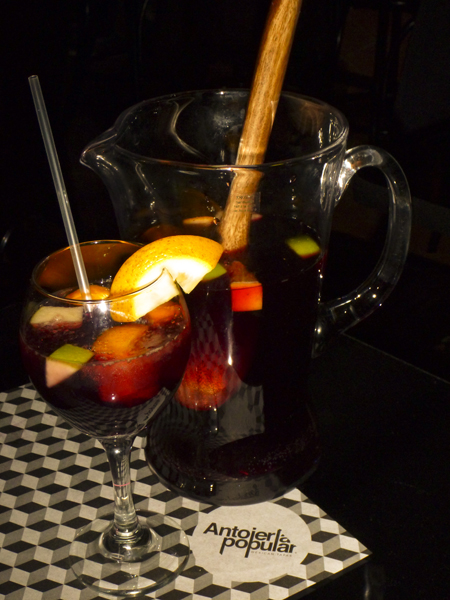 Just when I thought I was beginning to understand the mild but varied range of flavours on the menu palette, I took a bite of the Guerrero and was shocked by the spiciness of the jicama tortilla. The jicama root is often paired with strong flavours like chili powder and lime so it’s not surprising that this dish was notably fiery, but the topping of soft tuna and mild mango which was likely used to contrast and balance the flavours did not stop me from having to down a glass of water immediately after my second bite.

Bacon was the final strong note on our sampler plate and played a major role in the Sonora tapa. Though the menu labels this tapa with the same ‘S’ for spicy as the Guerrero, the Sonora is more savory and comforting than anything else. 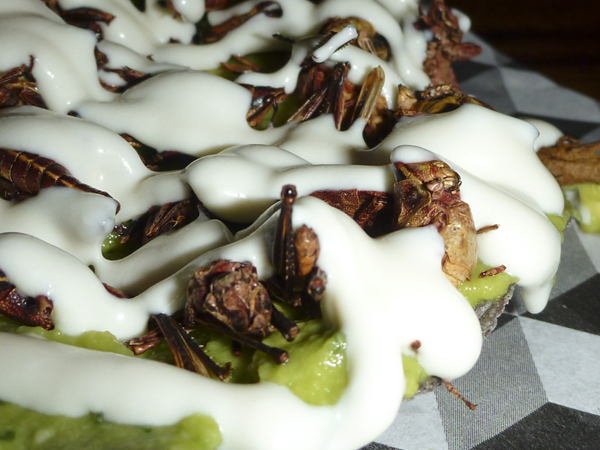 Oddly enough, the only dish that did not surprise was the Oaxaca tapa of crickets on a corn tostada. I guess dried crickets are more difficult to reinvent, but perhaps their mere presence on a menu is unique enough.

Antojeria La Popular is not the place to go if you’re looking for a quick platter of rice and beans. But if you want to learn more about the nuances that define different parts of a diverse country while enjoying great company in an equally accepting atmosphere, make your reservation before La Popular becomes more of a description than a name. 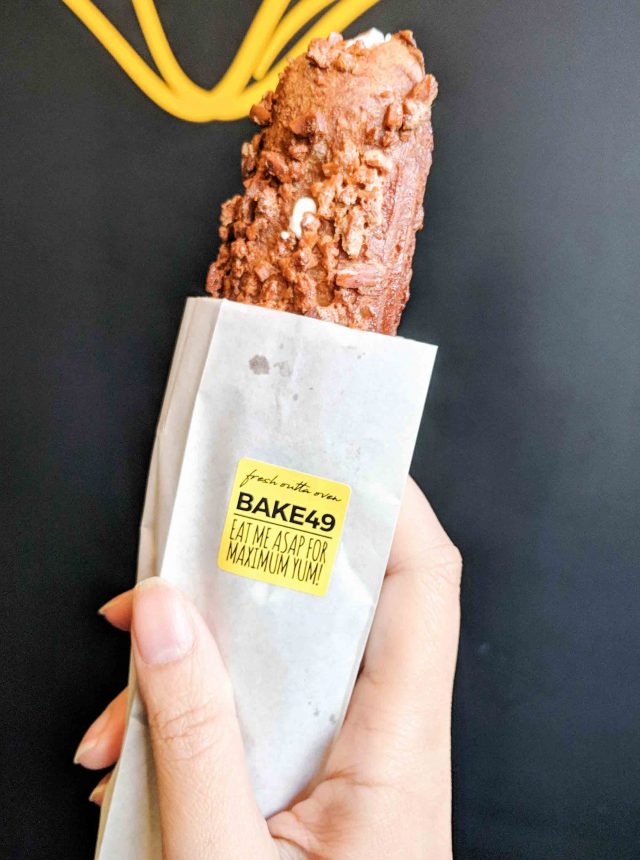 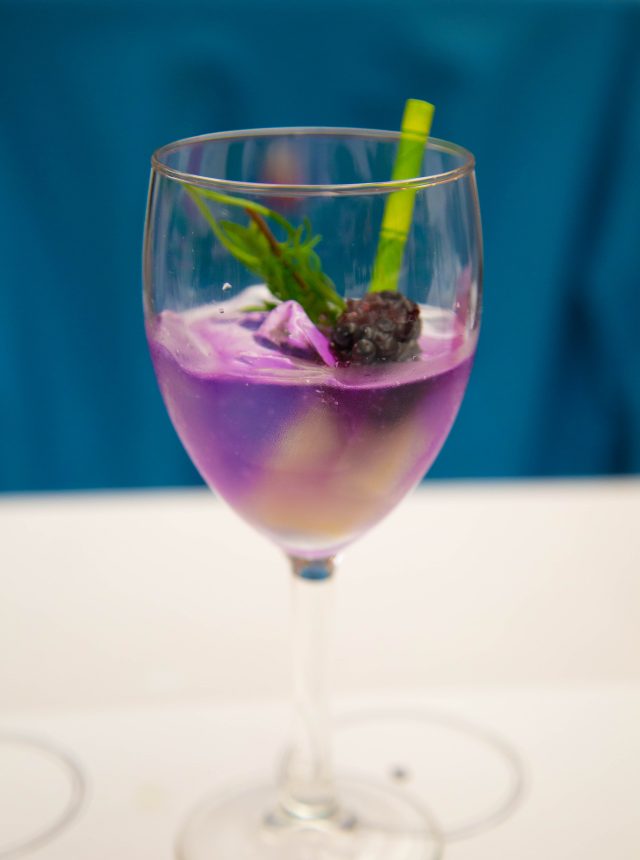 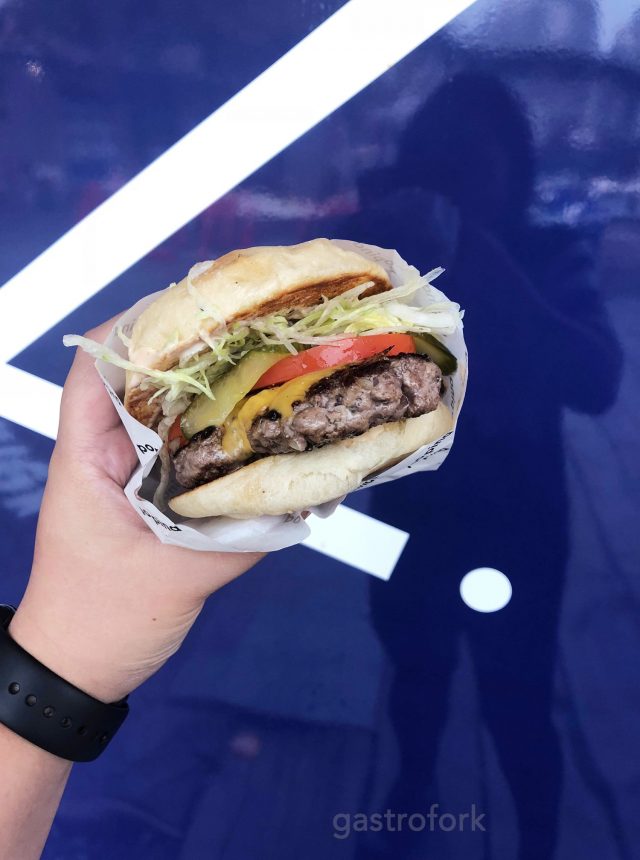 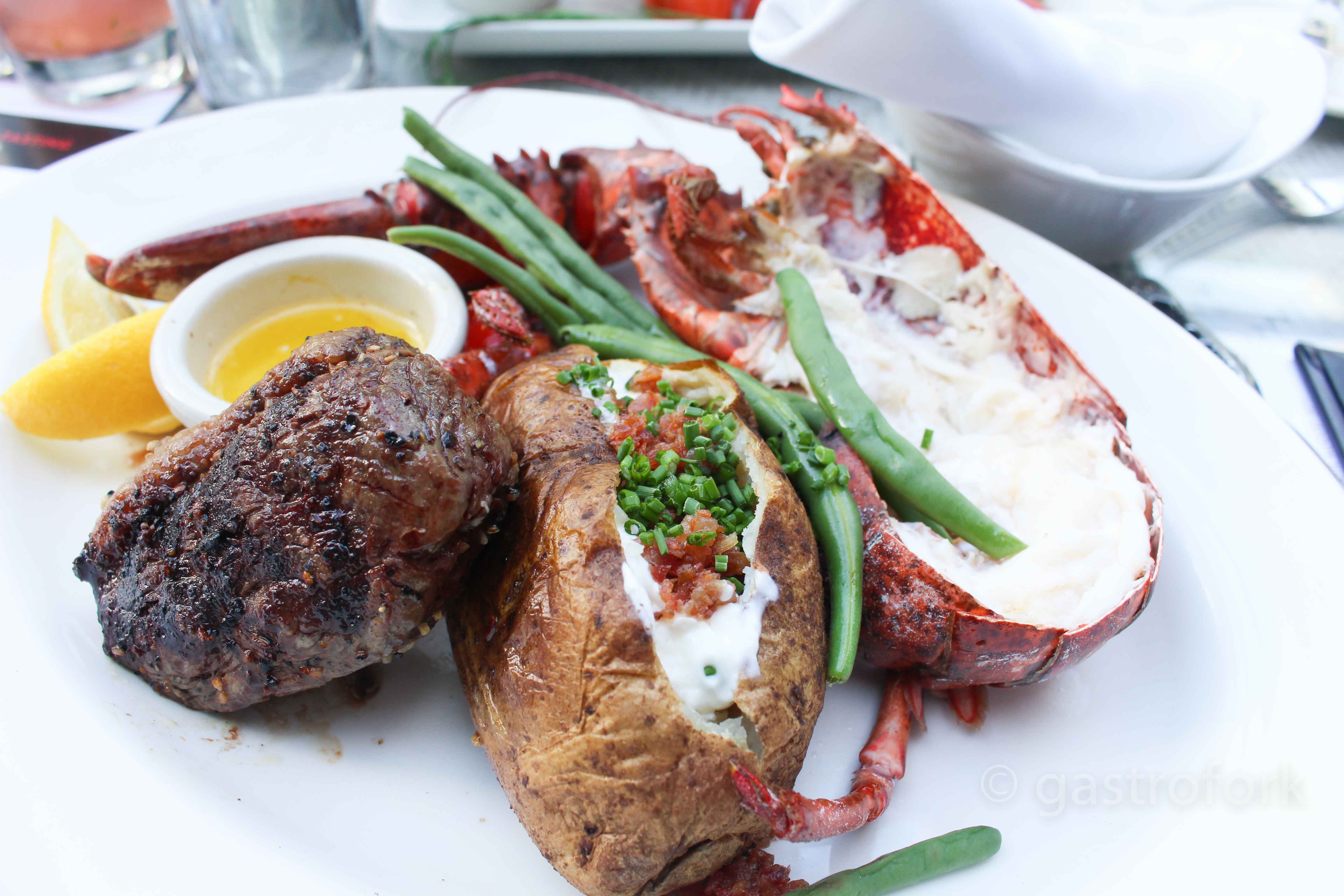