Last weekend, we celebrated my husband and his (twin) brother’s 30th birthday. For the party, I decided to hold a BBQ.

My dad and I collaborated (well he did most of the work!) in marinating the meats for the BBQ. He used the recipe we always use when barbecuing (which can be found in our cookbook). It was met with rave reviews! 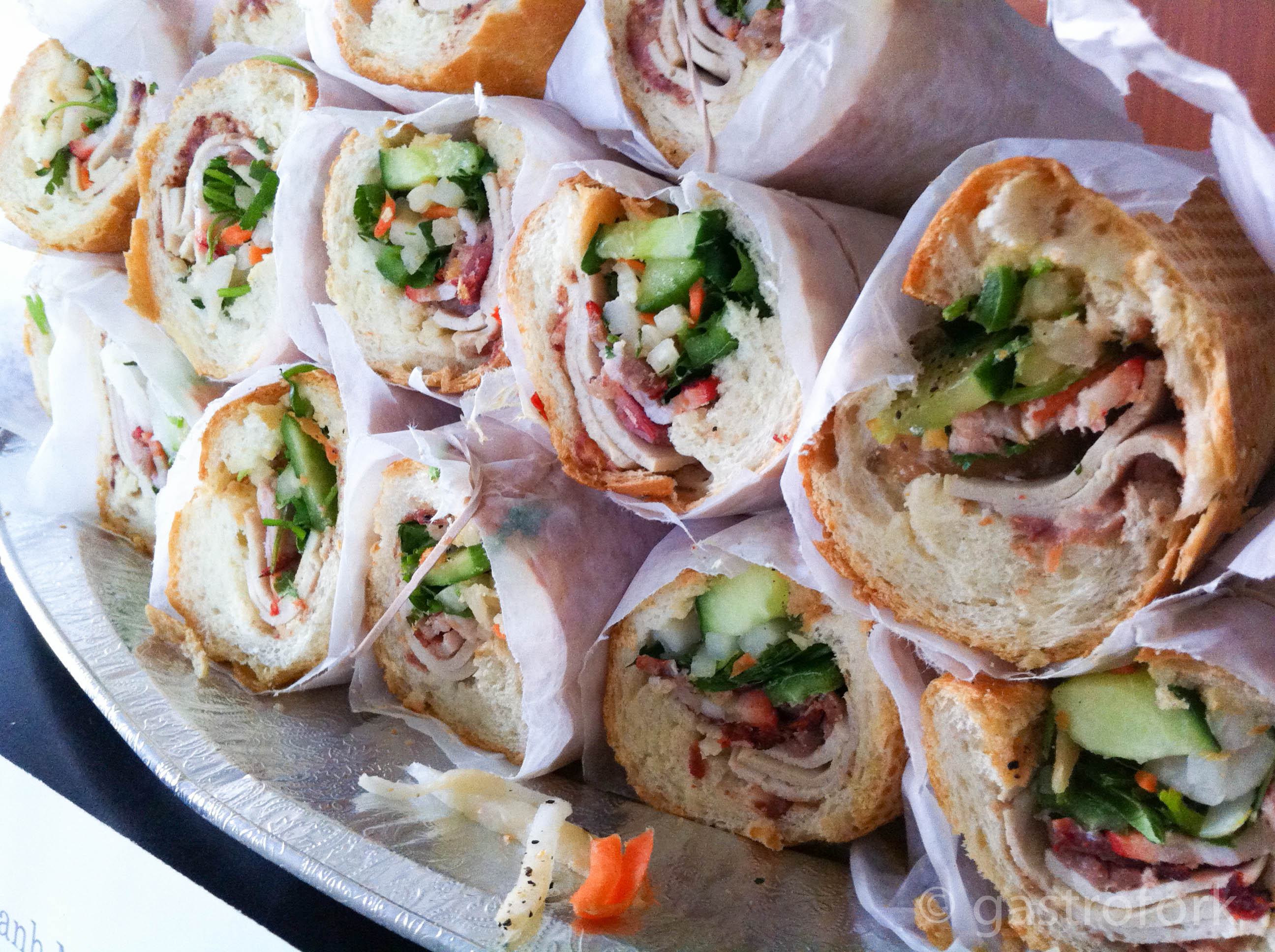 We also served wings, banh mi and home made potato and fruit salad. The potato salad was made with carrots, celery and fresh dill weed and a little bit of mayo. 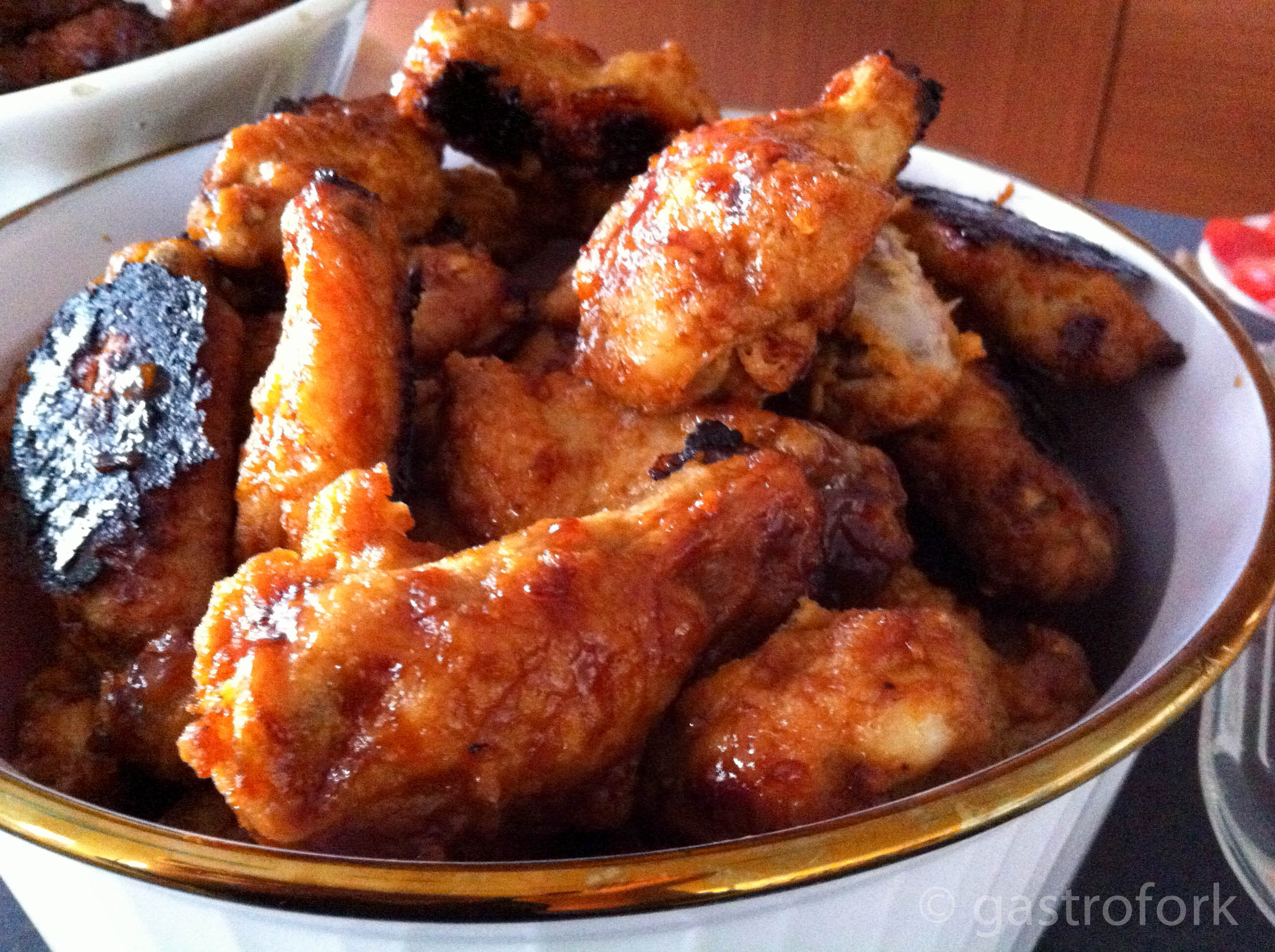 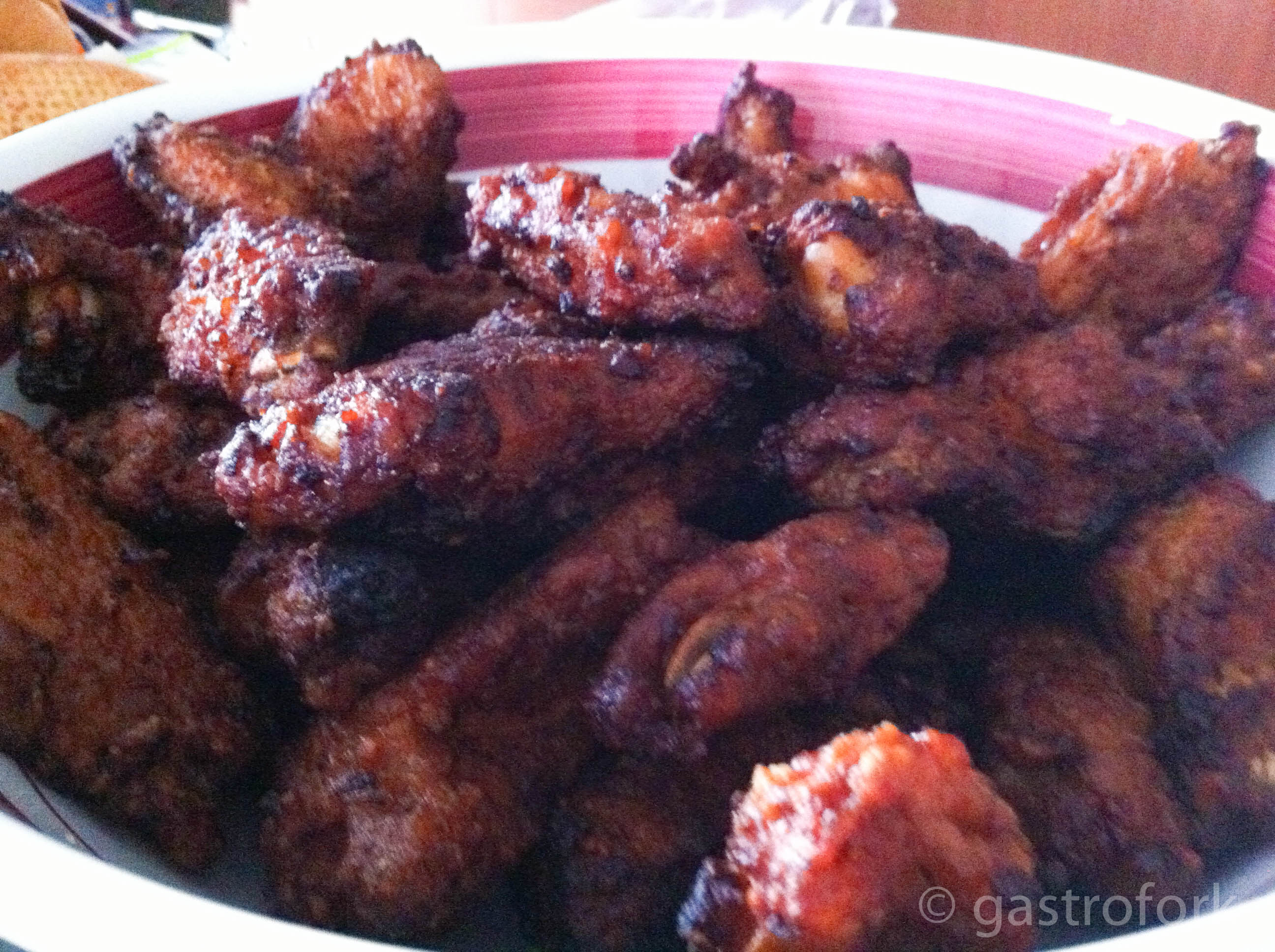 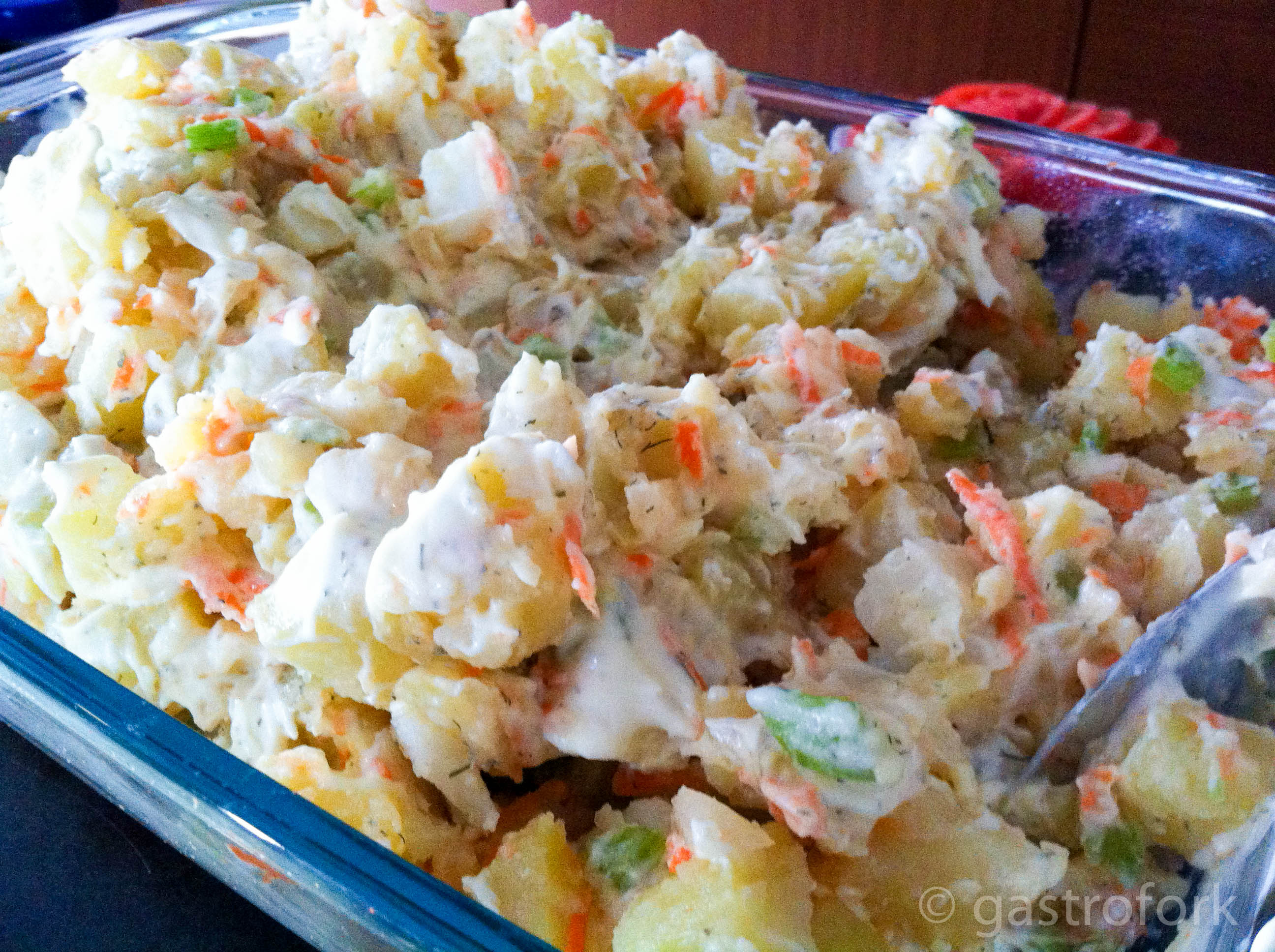 The fruit salad (aka Ambrosia salad, recipe also in the cookbook) was made with the traditional fruit found in the salad but with the addition of lychee, mandarin oranges, marshmallows and coconut flakes.

I also made bacon wrapped asparagus (recipe here), which are always a hit because you know, everyone loves bacon. 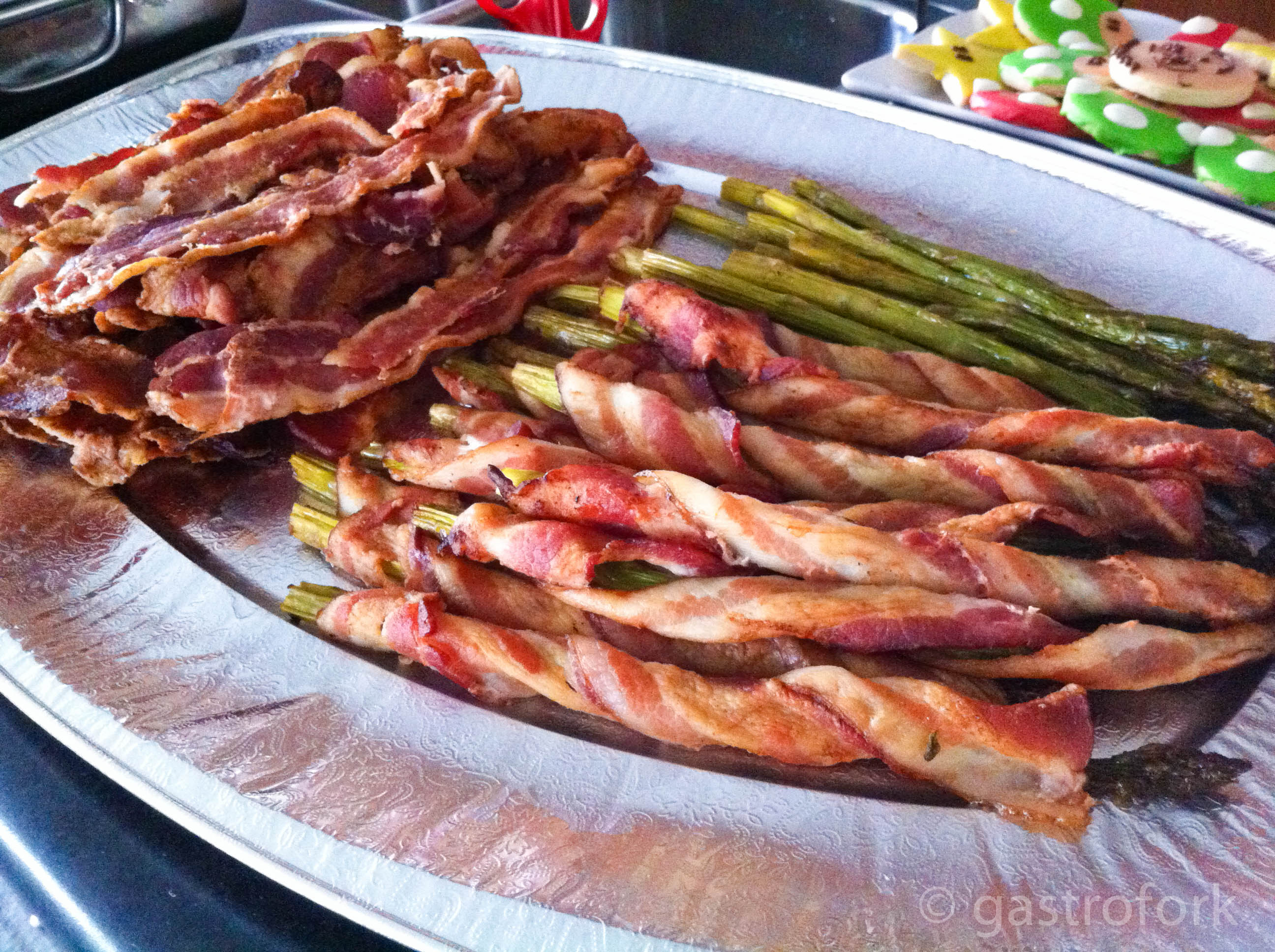 Finally, Nickie made her wonderful cookies which she modelled after the twins (and also in the infamous Mario shapes since we couldn’t decide which to do!). They were delicious (as usual), she made them with a hint of lemon and with white chocolate pastilles (on the mushrooms). They were a hit and there were none left at the end of the party! 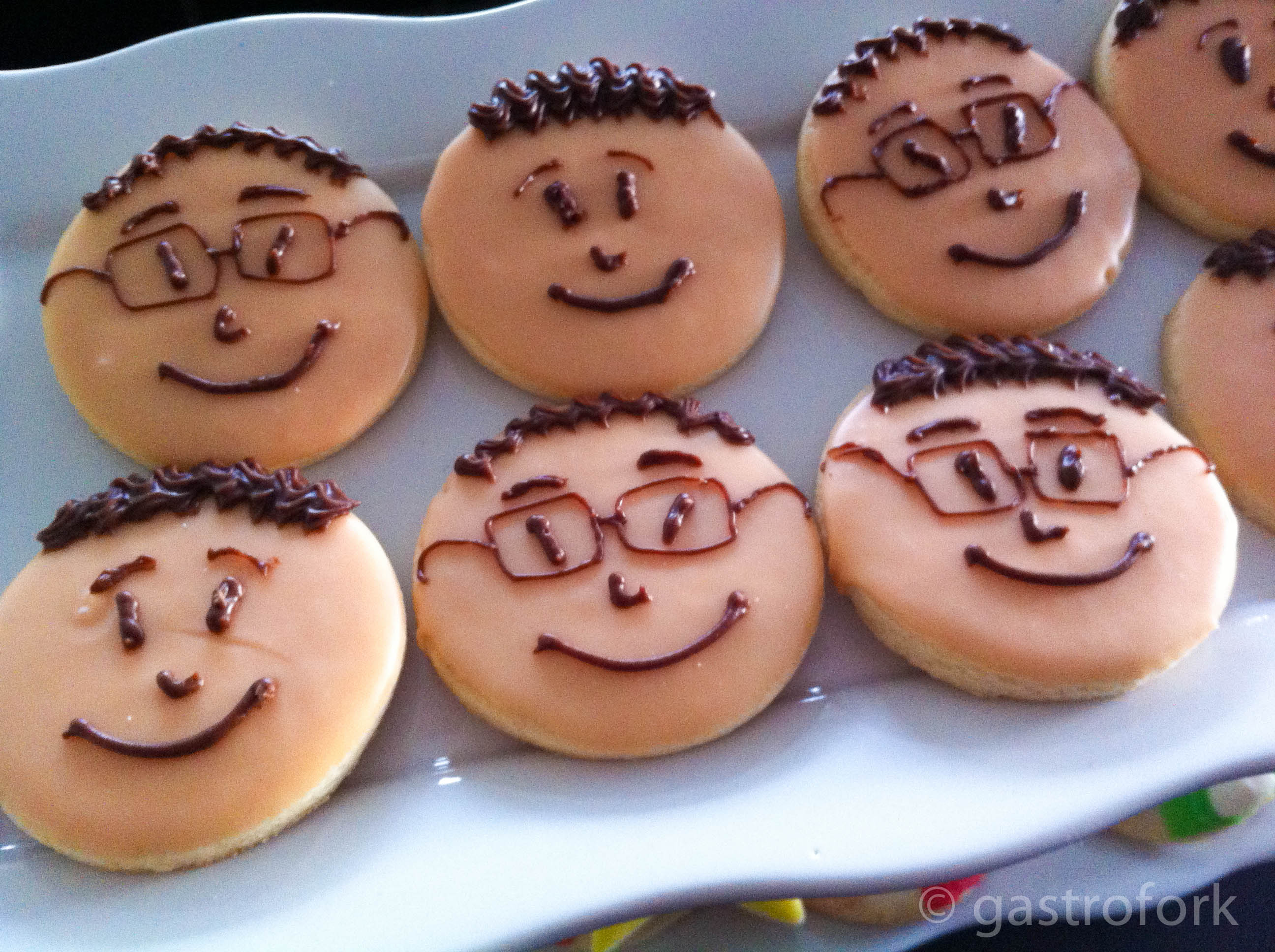 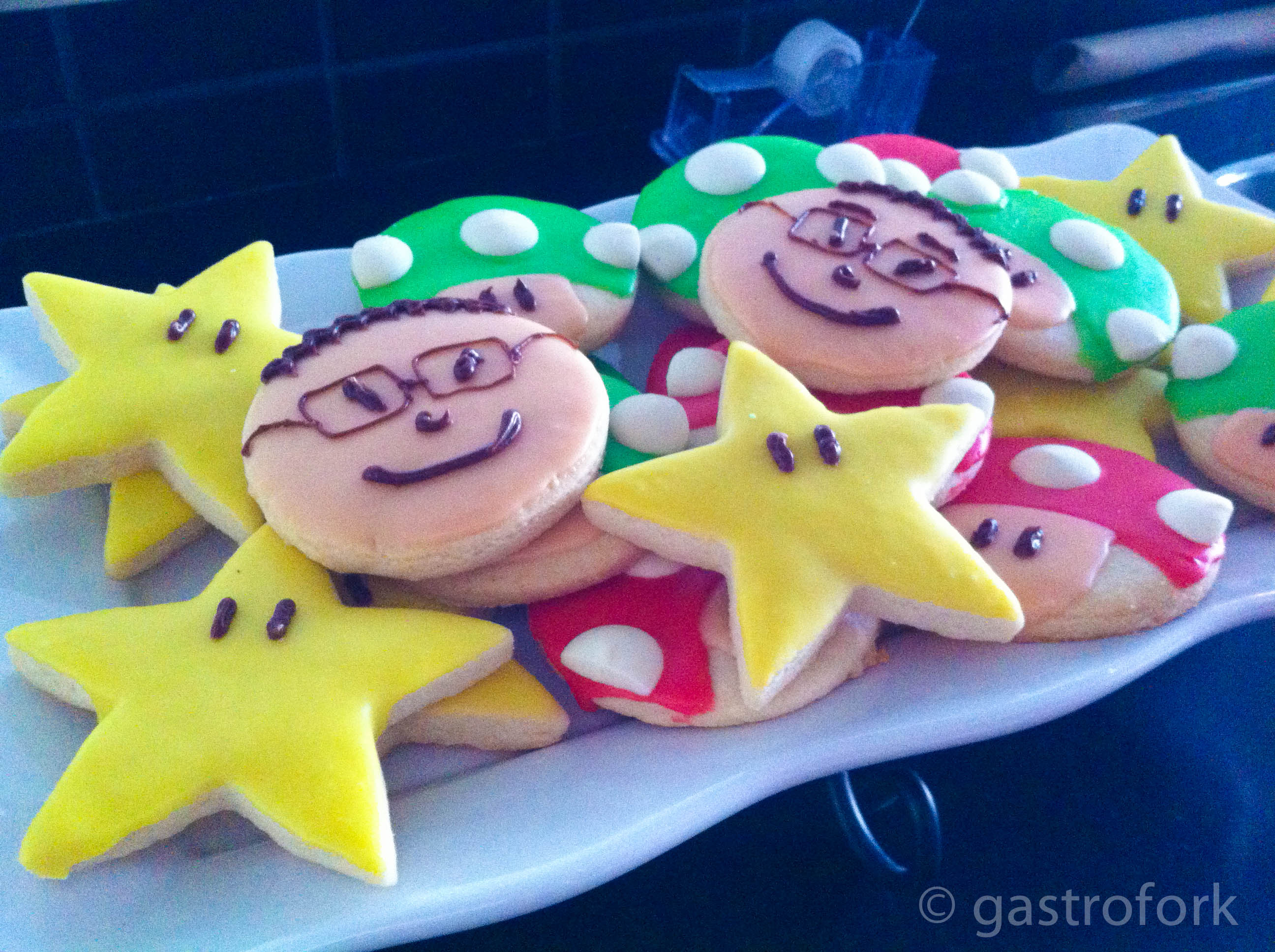 We finished off with an amazing, decadent cake that my sister in law, Lily brought from Whole Foods called the Chocolate Explosion. 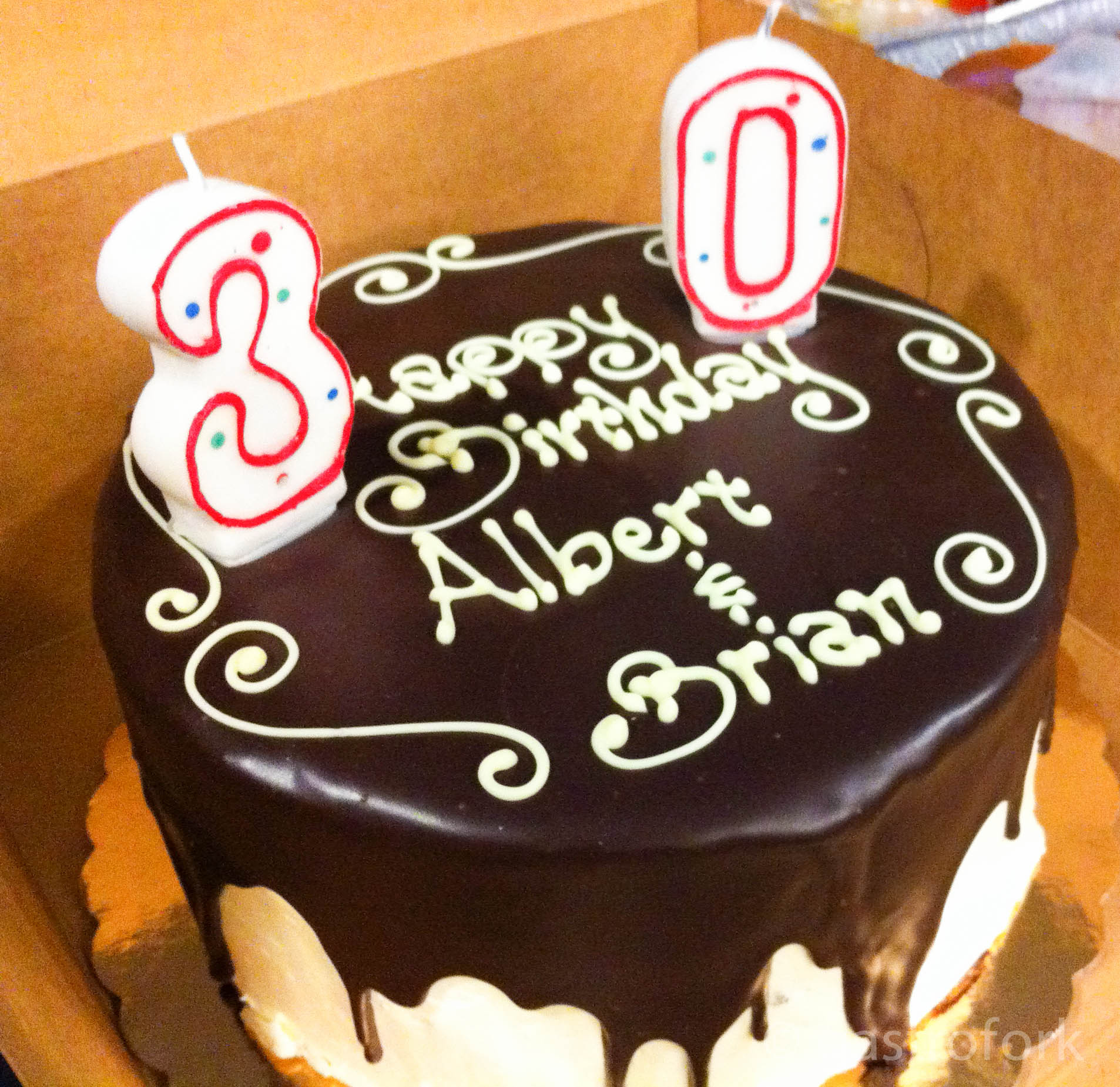 Happy birthday again to my wonderful husband, Brian and his brother Albert! 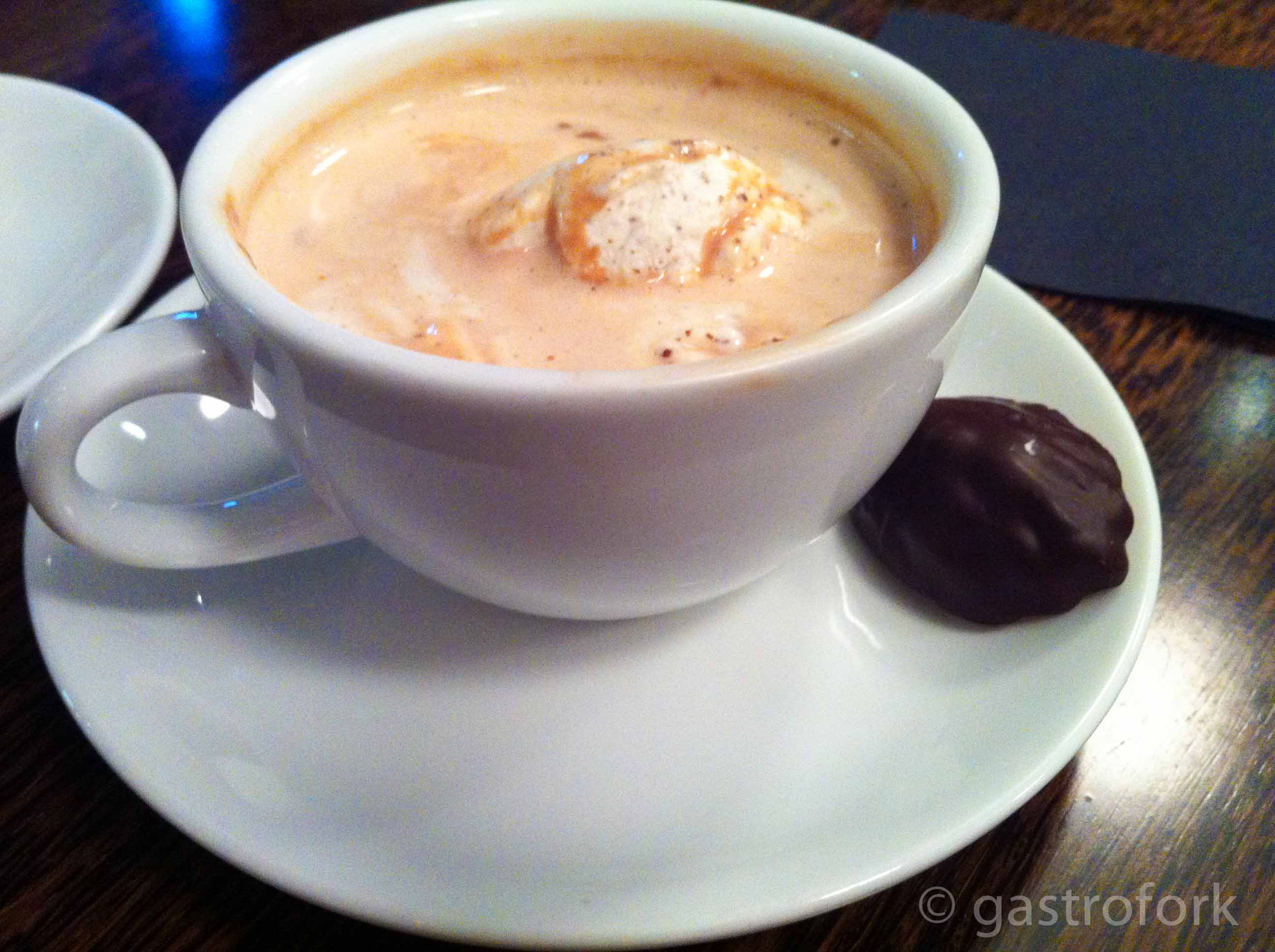