Oysters. Buck-a-shuck. Two deliciously dangerous words that pair well together. This time the scene of the crime is Rodney’s Oysters. 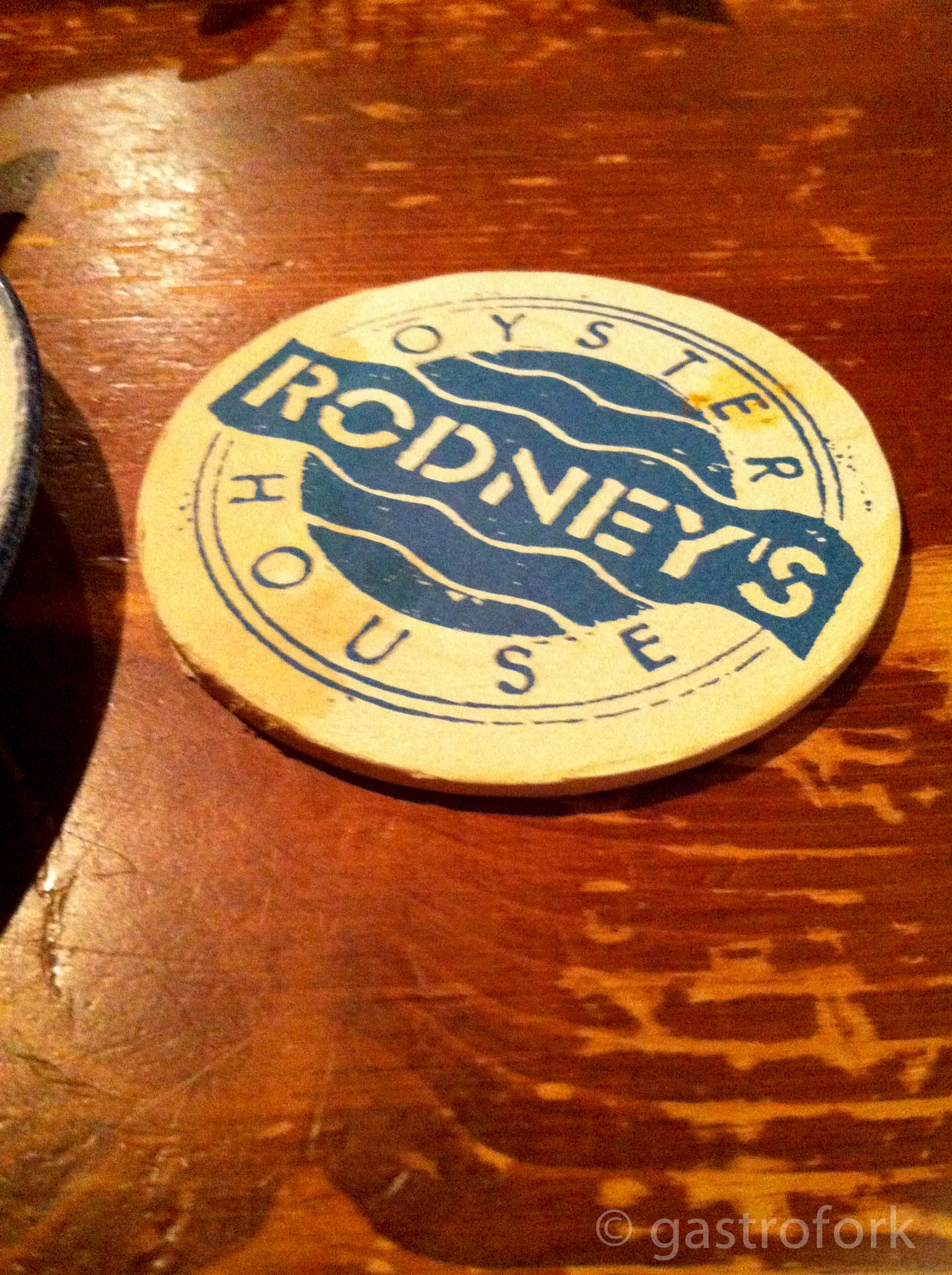 Okay I’m going to have to put a disclaimer out just in case my doctor might get on my case next time I see him- I’ve been eating a lot of oysters/seafood recently. Yes, I’m allergic to shellfish – but apparently not as horrific as it once was since I’ve been able to enjoy them as of late. I normally don’t eat a lot of shellfish to begin with – in fact I’m pretty sure in the past two weeks I’ve ate more shellfish than I have in my entire life. 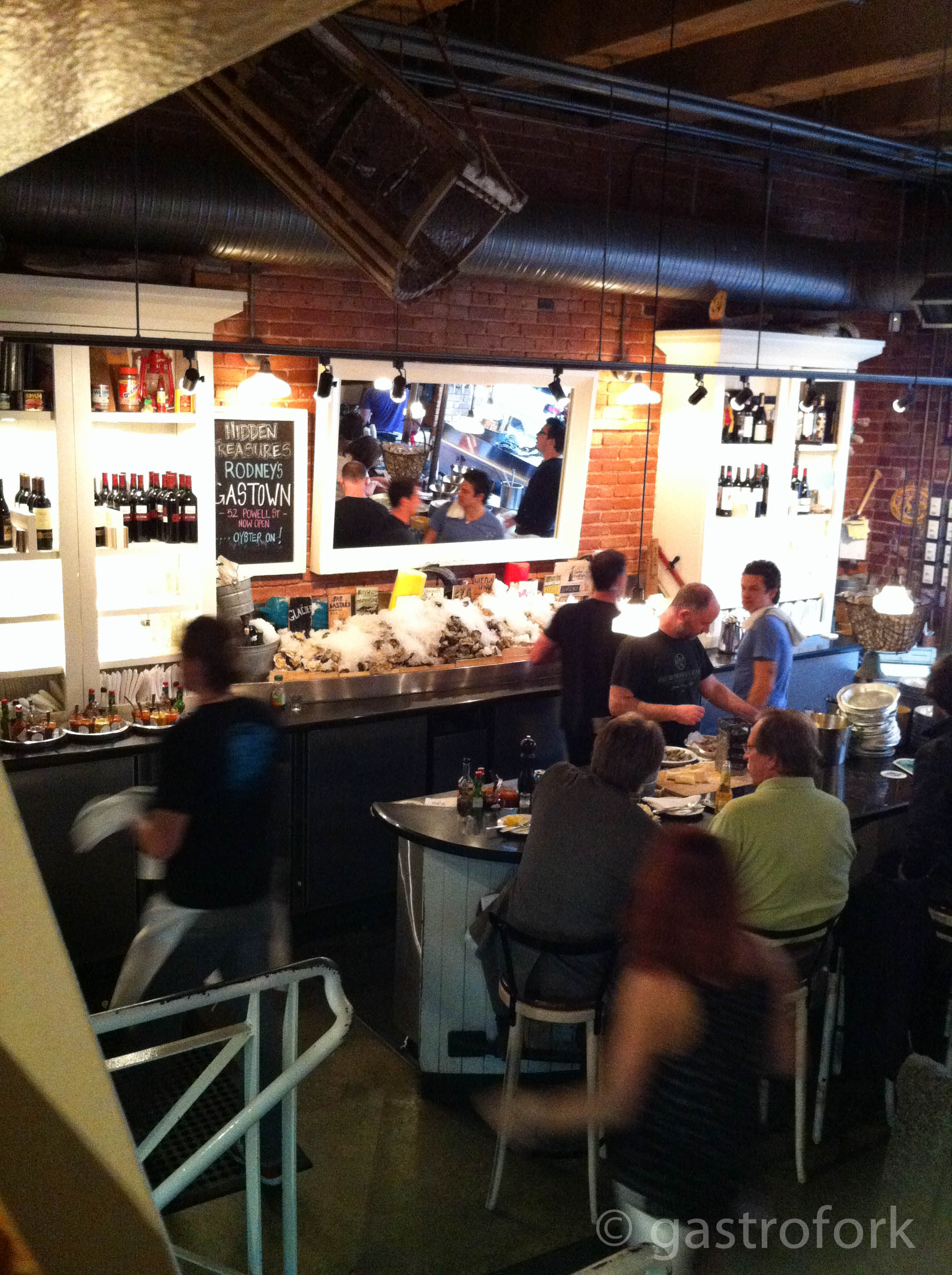 But back to the review, Rodney’s Oysters is located in Yaletown and offers a two level, nautical-type eatery. When you walk in, it almost feels like you’re climbing aboard a ship that’s about to offer you fresh bounty from the sea. With it’s stark white railing and wooden interior, it definitely gives you a feeling of being on a boat! Nickie (one of my eating buddies today) pointed out that there were no female servers, an interesting choice for a restaurant but one I think works very well here. We were lucky to snag a seat up top on the second floor so we could peer into the belly of the beast – the oyster bar area and the tall seats. This place was super busy and it was not even 5pm yet. We also noticed a somewhat familiar face in the sea of patrons – Todd Bertuzzi (the one right in the middle). 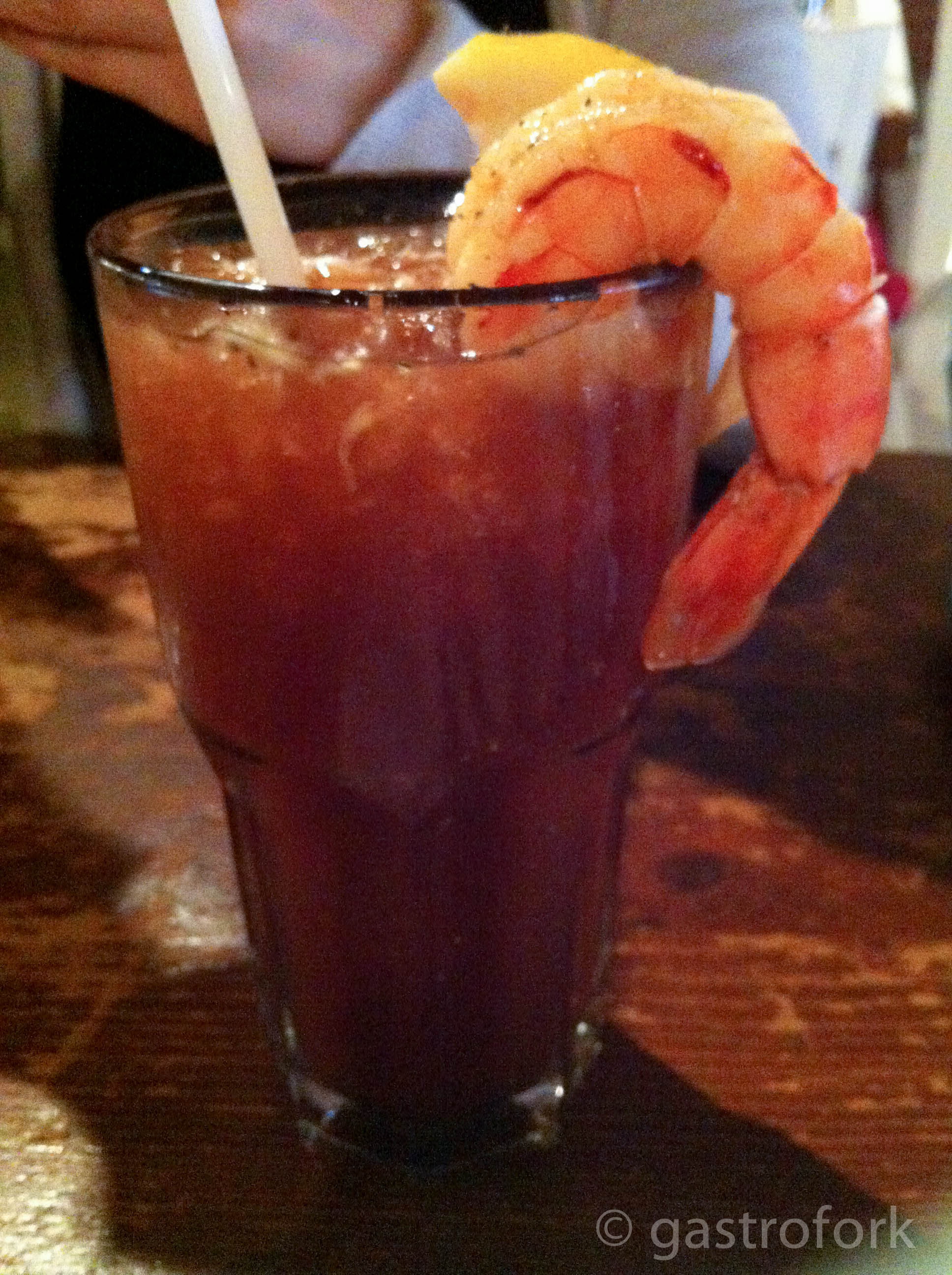 The happy hour began with Caesars that come highly recommended. 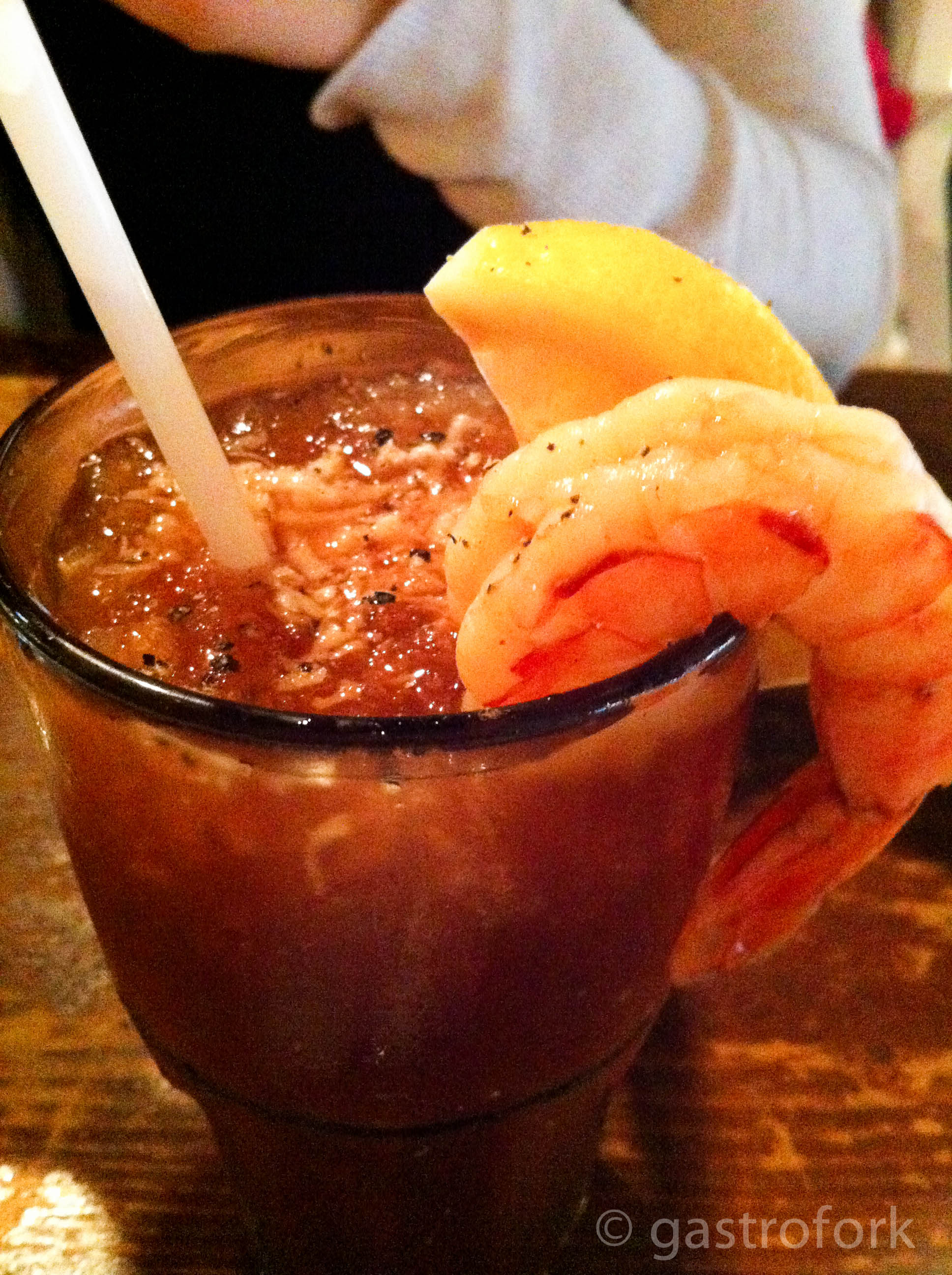 These bad boys were huge, served with a shrimp that could possibly be on steroids and shredded horseradish mixed into the drink. 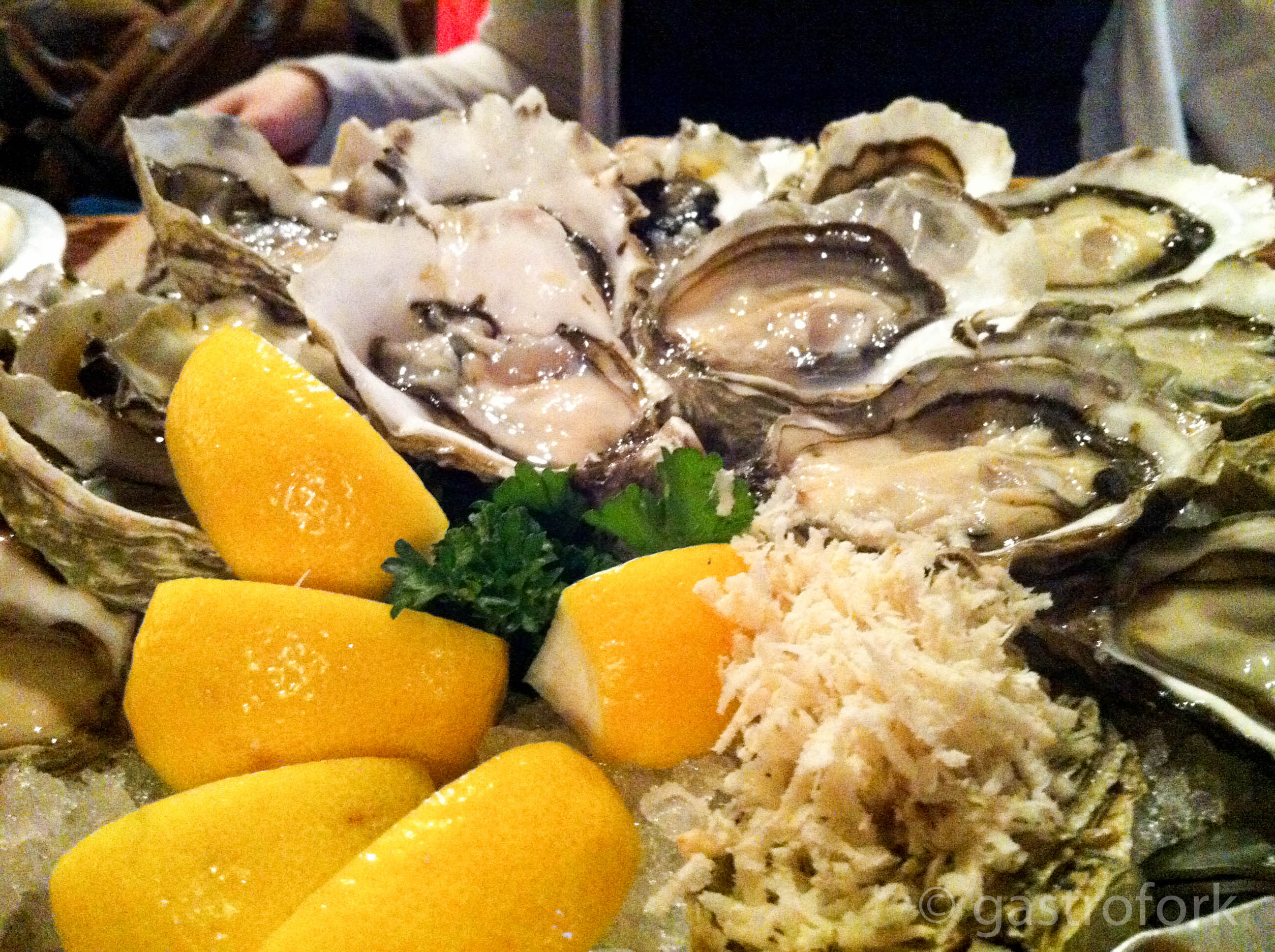 I’m not sure which type these were, but my best guess would be Fanny Bay. 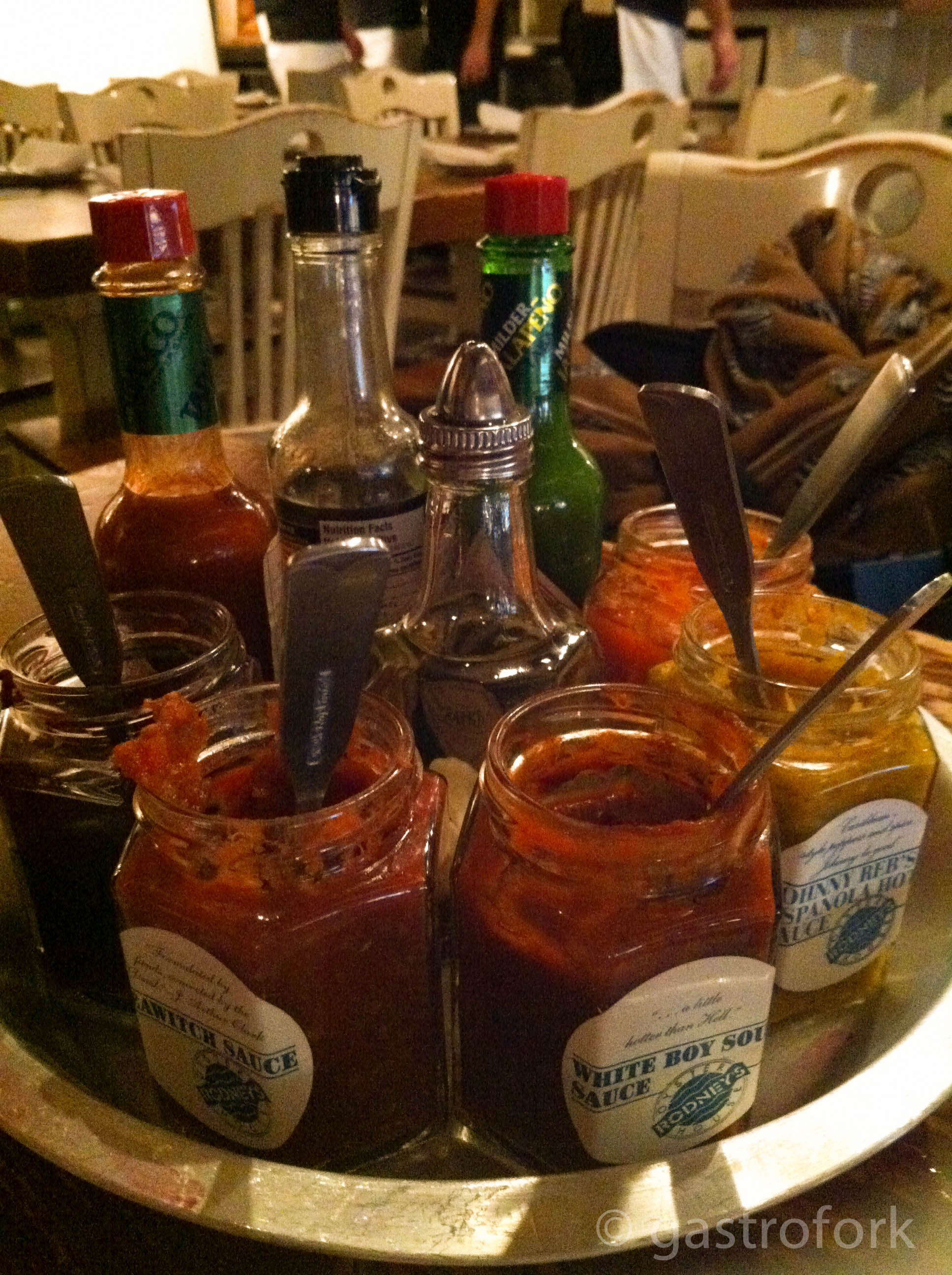 The oysters are served with several lemon slices, grated horseradish and several sauces ranging from mild to spicy (left to right). My favourite was the Shallot Vinaigrette – as it seems to be my going theme from most places we’ve been to. Brendan (eating buddy number 2) enjoyed the Seawitch Sauce though!

The oysters were enormous and fresh, a nice alternative to many other places that serve smaller oysters for buck-a-shuck. For the extra 50 cents, it’s completely worth it. My only gripe was that the shells were easy to flake off while eating them – but that’s not a restaurant problem, that’s the oyster’s problem. The Wild Sockeye is served methodically (which makes the inner OCD in me scream for joy) – with all the ingredients beautifully laid out for your consumption. 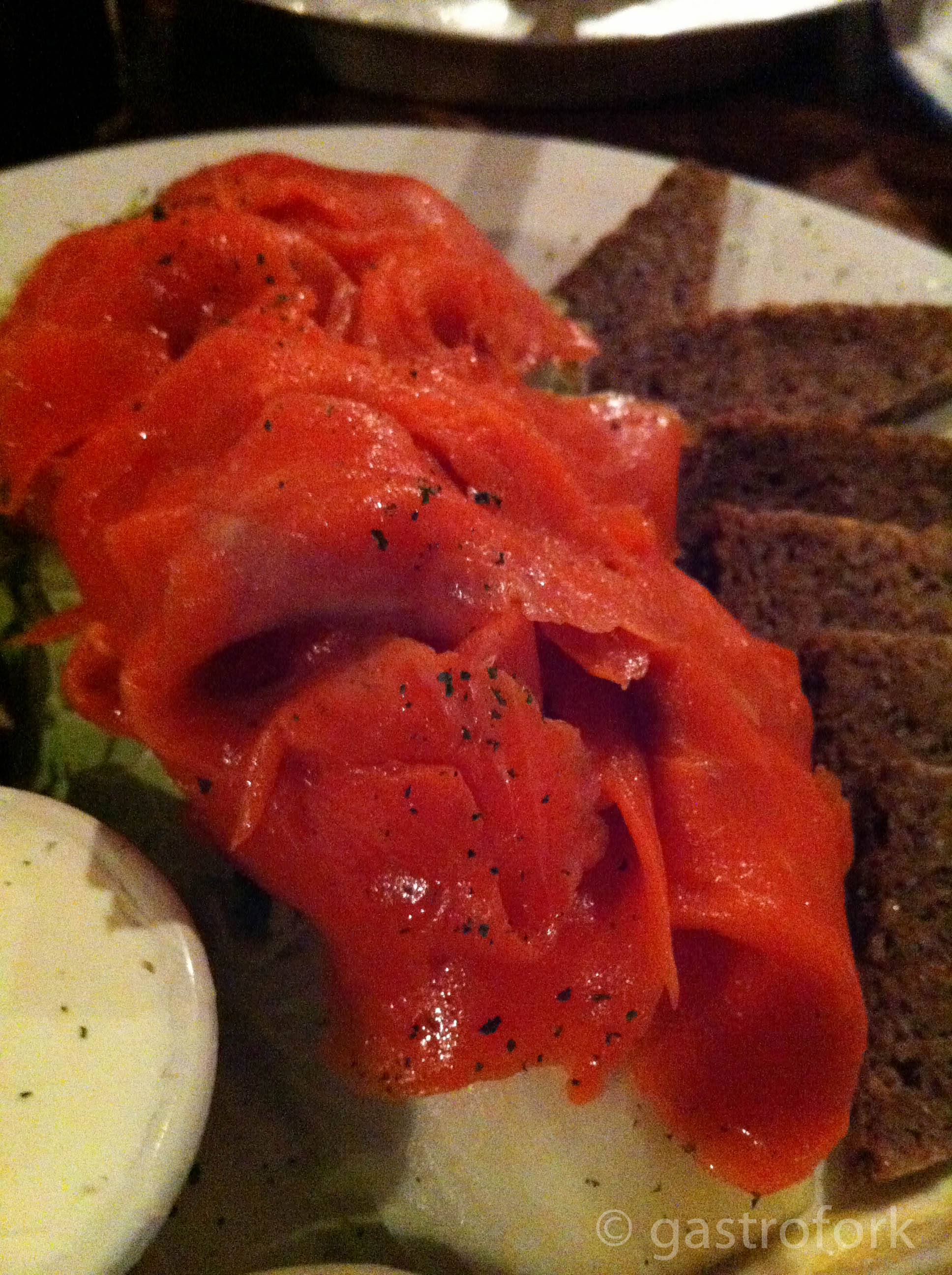 I can’t say I’m a big fan of the carbs part of this dish, but the sockeye is delicious and lightly smokey in taste. Thankfully, they give complimentary bread so we opted to use it instead. 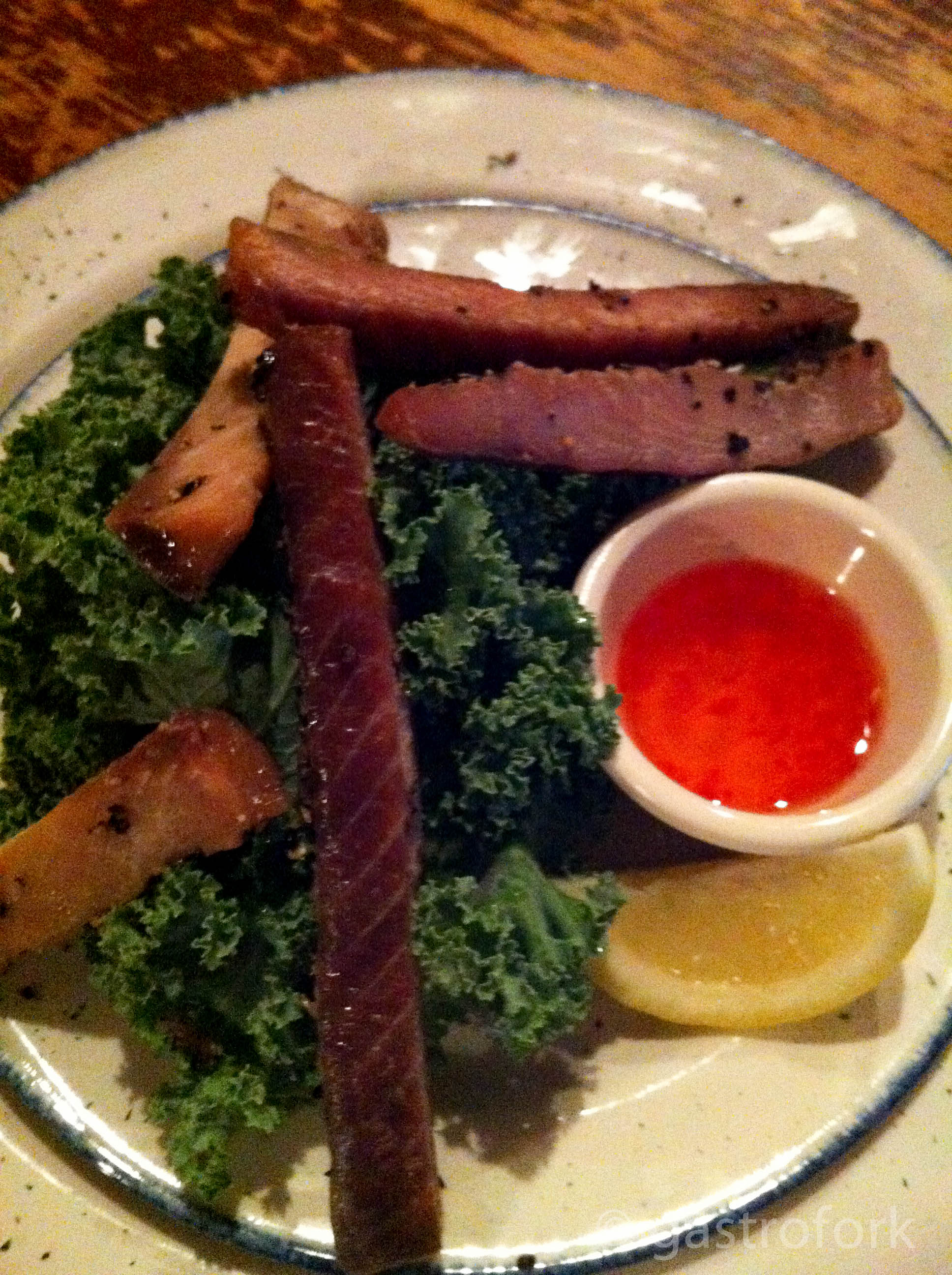 Up next, the Haida Gwai Candy. Candied only because it’s cured with Maple syrup (sorry to disappoint you if you were looking for some delicious dessert 😉 ) and peppercorns. This is literally salmon jerky that’s sweet and highly peppery. It’s very delicious on it’s own and you don’t really need to use the red pepper jelly it’s served with.

I didn’t manage to take a photo of the New England Clam Chowder, but it was a fairly formidably sized chowder! 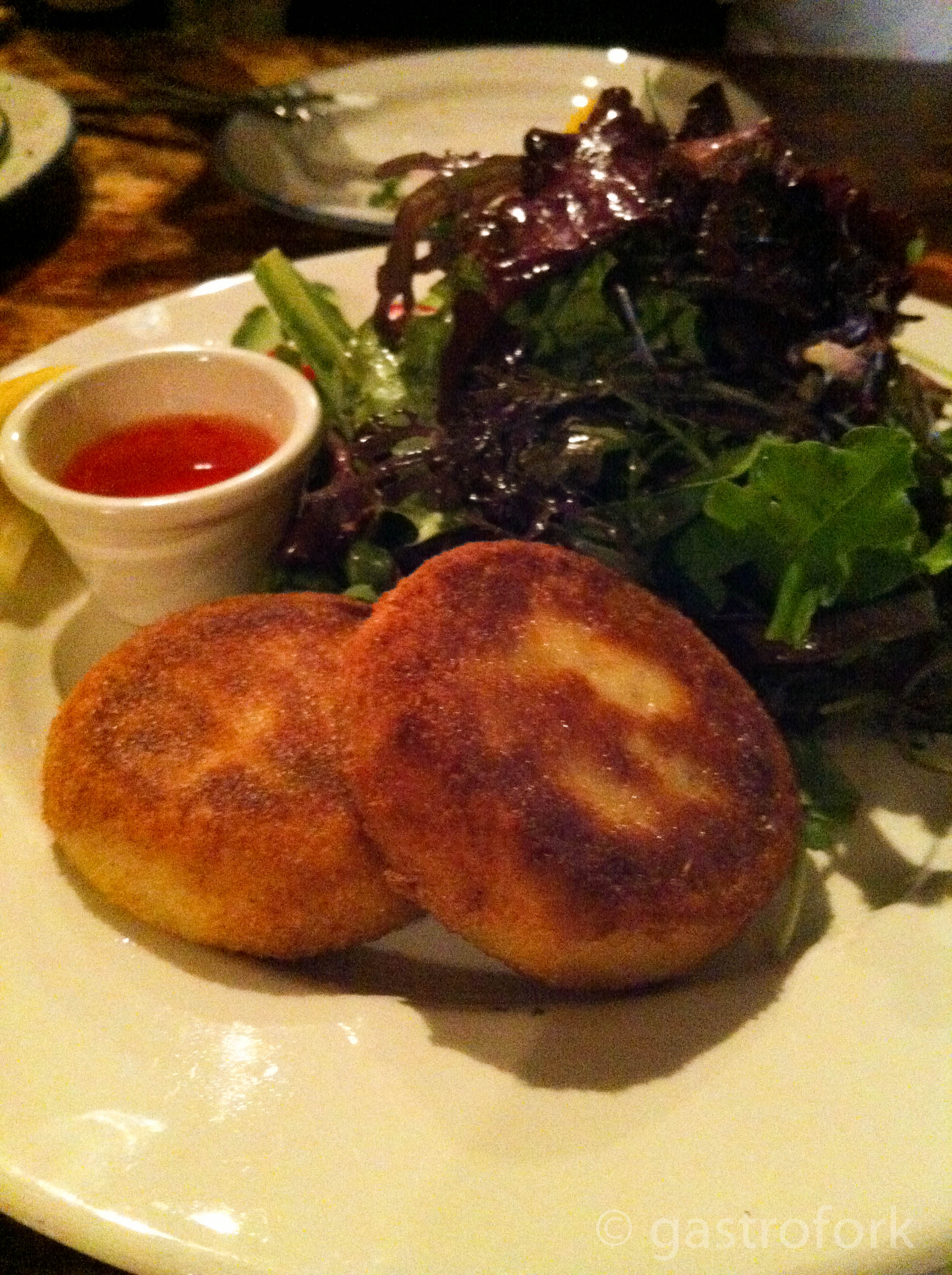 Finally, the Crab Cakes. Two patties served with a great salad, they weren’t so bad. It was lightly breaded and had mostly crab in the middle. It’s a little lighter in weight and flavour than I’m used to, but I’m thinking it’s because I don’t really shred my crab when I make cakes (making for terrible unshapely crab cakes).

I’d definitely come back here again for oysters and caesars, but I would most likely make reservations! Our server was friendly and laid back, never rushed us and checked on us very often (but without the intrusiveness). 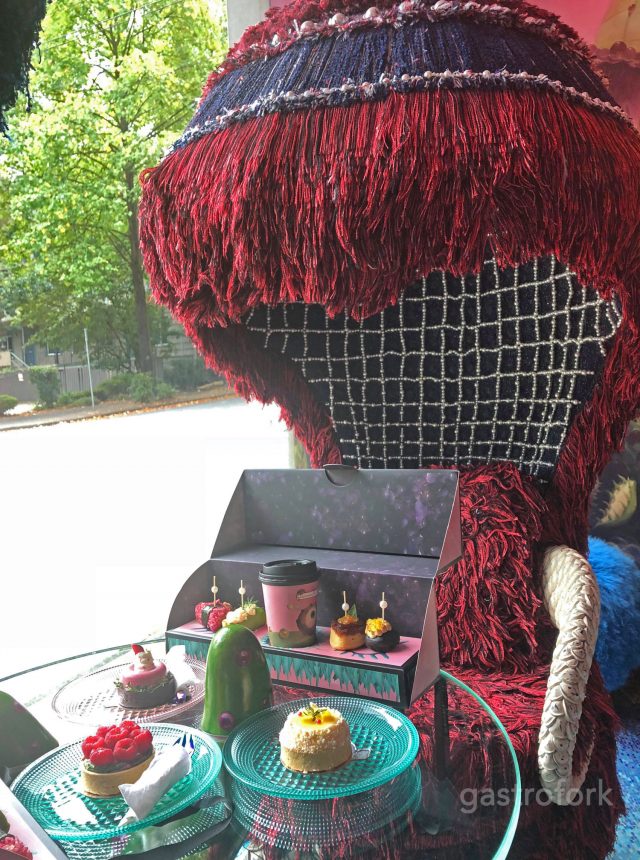