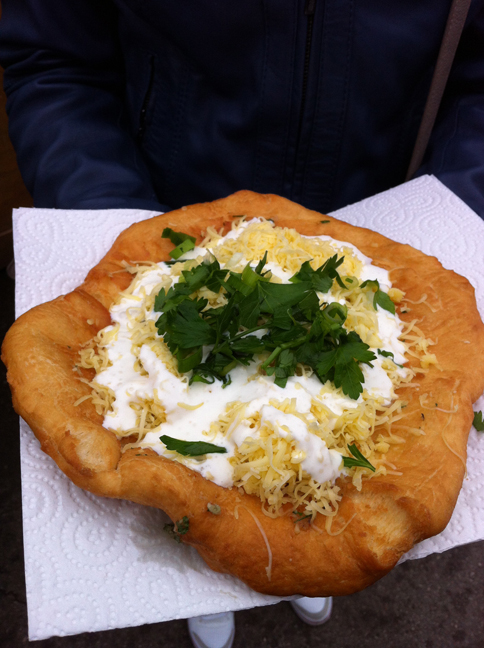 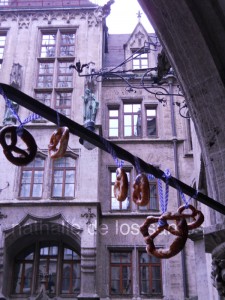 Bavaria is where one should get schnitzels and sausages. Selma told me the reason why North America knows so much about Oktoberfest, is that when Germany was divided by the Wall, Americans visited Bavaria. They did not know much about the North in comparison.

We went to Weiss Brauhaus, which is popular amongst the locals. We were guided here by our wonderful hosts, Adam and Isabel. It is a ye old tavern with long wooden tables. We shared ours with a couple that spent copious amounts of time drinking and making out. The gentleman randomly ordered soup. bigger than my plate. It wasn’t greasy or sloppy though, just a good hunk of meat. I saved half and downed my potato pasta – spaetzle. I remember seeing spaetzle at the Christmas market at home. It was terribly expensive, so I never tried it in the past. I ate away here, happy to have meat, potatoes and salad with my beer, Schneider Weiss. This a warm, smooth beer that paired well with my heavy meal. 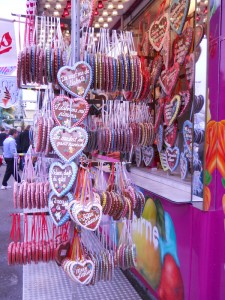 Holy shit, I will never experience anything like this in North America. It’s like drunk Playland, with Granville St drunkies attached and East Van’s drink to get pissed cheap beer run all rolled up in a ball and multiplied like rabbits. That doesn’t describe it well at all. 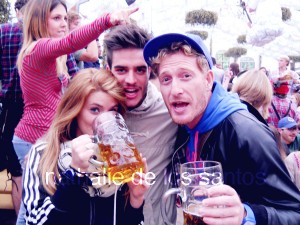 The first tent went to was Schottenhammel. It was $&@#%ing rowdy. We could barely move or get seats, people were singing and dancing. Drunkies posed for photos. I got my arse grabbed, but all he got was a handful of passport.

We sat for a bit, but decided to dip in and out of the tents. We ended up at the Augustiner, which is again, popular with the locals and more family friendly. One of the beer men came over to take our order. 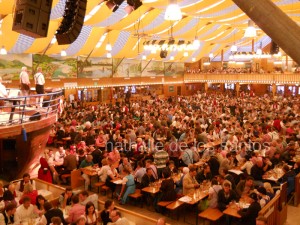 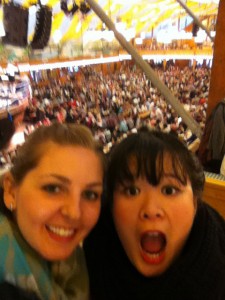 And so was the rude start of Octoberfest for us. We bought a pretzel, too. It was 10€ for a 1.5L jug of beer, which was definitely very strong and pungent – but easy to drink, because it was slick and fresh to the palate. (That just means it didn’t leave too much of an aftertaste nor dried your mouth out) Selma doesn’t drink much beer, so this was my mountain to climb. Yes world, Nathalie got white girl wasted at Octoberfest.

All I will share with you is what I bought to eat in my drunken stupor.

If you really care to know the other things, holla at me on FB! 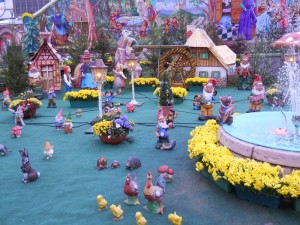 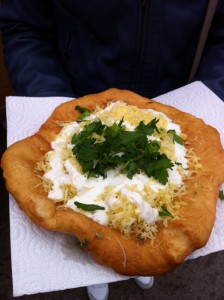 This is deep fried bread, slathered in sour cream, cilantro, cheese. You can get it with other things, wurst, nutella – it is possibly the best drunk person thing to have. 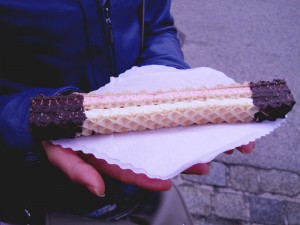 A giant neapolitan wafer, with the ends dipped in chocolate. It’s not super sweet, but more cakey.

-Curry Sausage – wait, Bratwurst?-
I was so drunk ordering this, she gave me four different things before I pointed correctly to it. Juicy and peppery, I saved this for my lunch the next day because it was huuuge! 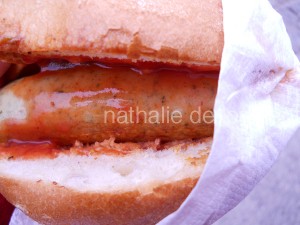 -Fischer Vroni –
Thankfully, I didn’t encounter pig knuckles. We did however discover whole fish being sold. Selma loves fish, so she ordered a fish for us to share. Nothing is cut at all. I remember feeling like a cat just peeling away the skin and pulling the salty, soft, flaky meat off the bone. Many passerbyers asked us if it was good – “Super!” – a few proceeded to buy them. -Nuts and popcorn-
I just wanted to get salty popcorn, but the lady at the kiosk said the almonds were particularly Bavarian. They have this sugar vanilla-cinnamon topping to them. I am a big nut freak. I love feasting on any type of nut when I feel snacky. I bought them both for our future travels.

-Coke with Names-
As we returned to the city, I picked up some Coca-Colas. In Europe, they have names printed on them. I got some for friends. I learnt this at Neuschwanstein Castle about Oktoberfest:

Crown Prince Ludwig, later to become King Ludwig I, was married to Princess Therese of Saxe-Hildburghausen on October 12, 1810. The citizens of Munich were invited to attend the festivities held on the fields in front of the city gates to celebrate the happy royal event. The fields were named Theresienwiese (“Theresa’s meadow”) in honor of the Crown Princess, and have kept that name ever since, although the locals have since abbreviated the name simply to the “Wies’n”.

Horse races in the presence of the Royal Family marked the close of the event that was celebrated as a festival for the whole of Bavaria. The decision to repeat the horse races in the subsequent year gave rise to the tradition of the Oktoberfest. Hiking up to Neuschwanstein Castle, I got myself a box of juice. This berry juice helped me get to the castle. At the castle, I helped myself to some mulled wine – hot wine. Nothing was more perfect than a misty afternoon, with a brisk air and this warm mug of spirits. There were some frustration with tourist being dumb. Go to a tourist spot and a lot of nice people will discard their common sense and manners. The best you can do is avoid people and the thousand of photos they take.

At one point, I kinda wanted to tune out in a positive way. I sketched people up in the castle, an old man took a picture of me and said my drawing was wonderful! I was so happy, cause I just felt like my drawing was shit. Thank you ol’ man. Most Romantic Restaurants in Vancouver