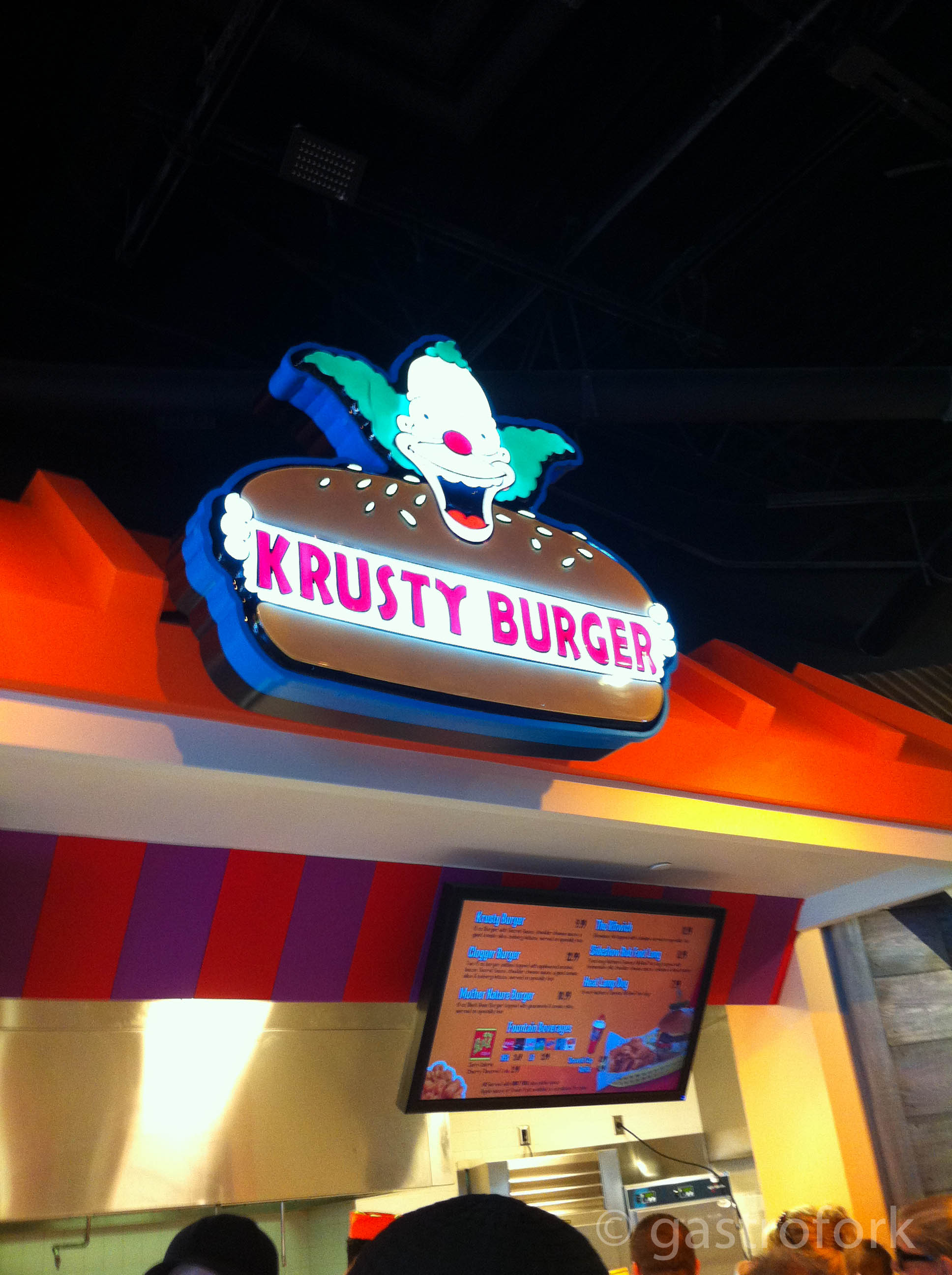 Are you a big Simpsons fan? Well, you’re in luck if you’re heading down to Universal Studios Orlando – they are expanding their Simpsons area – but it’s quite big already. 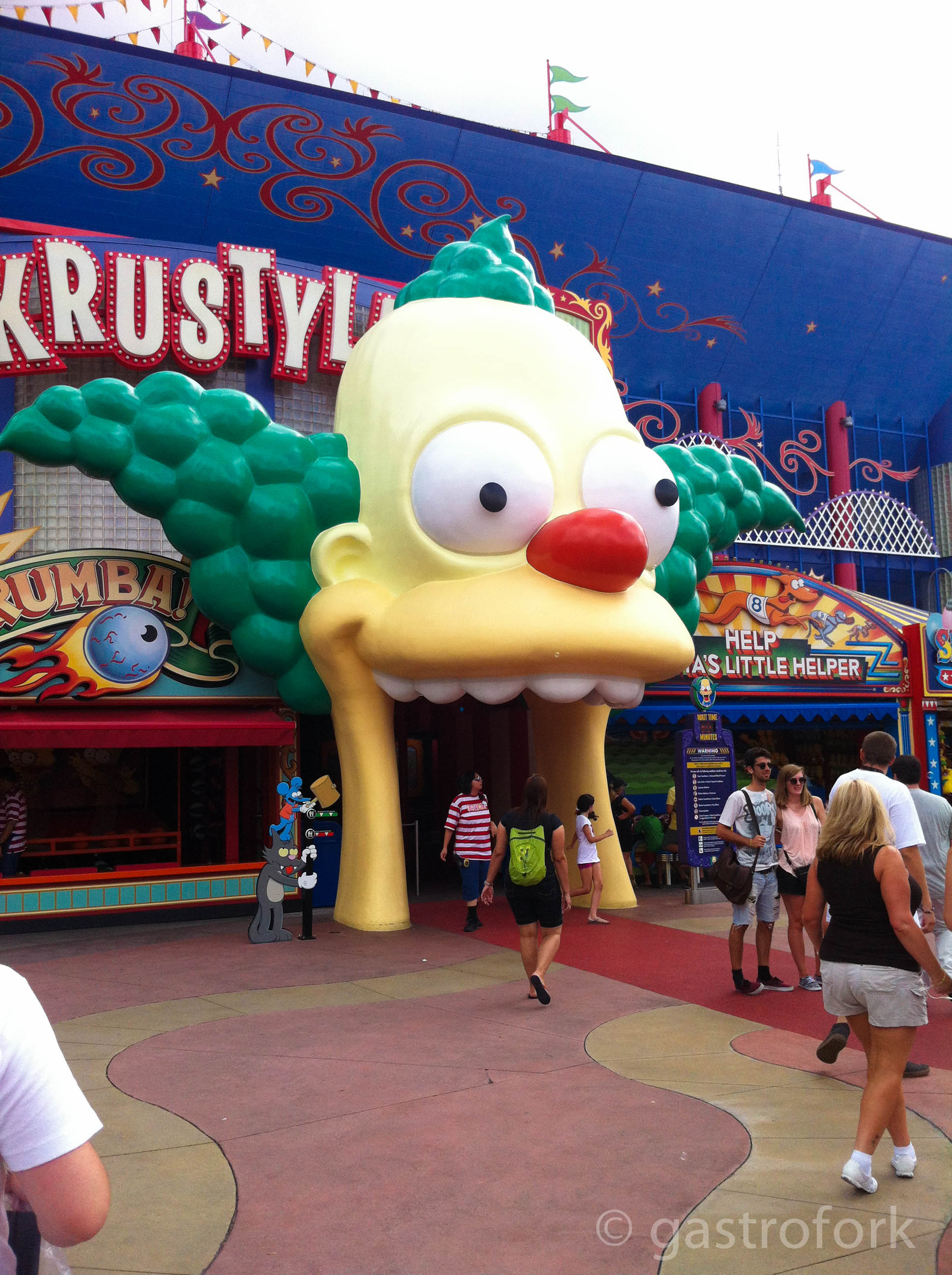 There is the Krustyland which is a carnival that includes a ride, Duff Beer (where you can actually purchase locally made Duff Beer!) and a quick service area that has all your favourite Springfield eats. 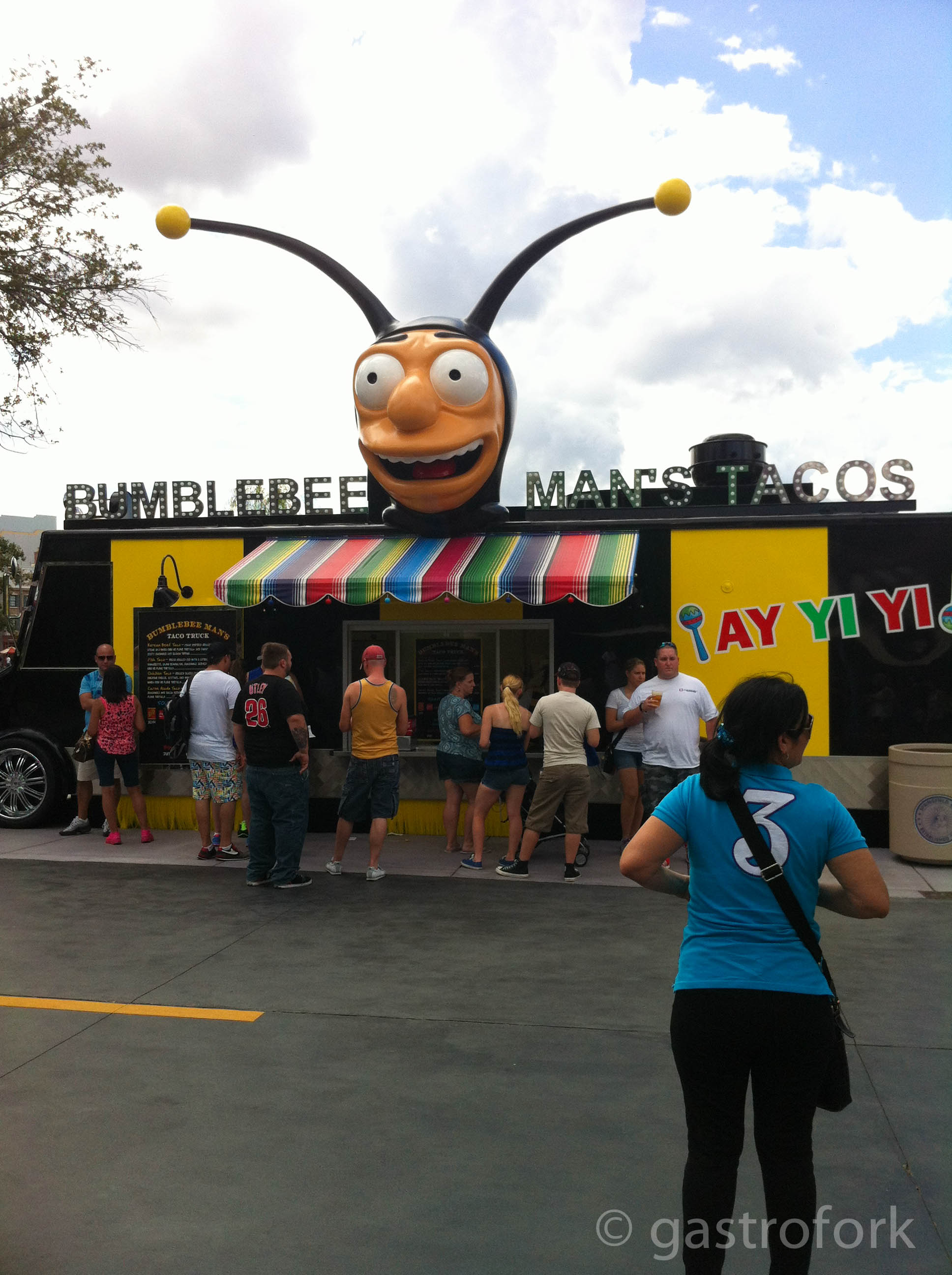 You can enter from Moe’s Tavern and head into the area that has things like Moe’s Tavern, Luigi’s Pizza, The Fying Dutchman, Cletus’ Chicken Shack, Lard Lad Donuts, Bumblebee Man’s Taco Truck and of course, Krusty Burger. I just had to try the Krusty Burger ($9.99). 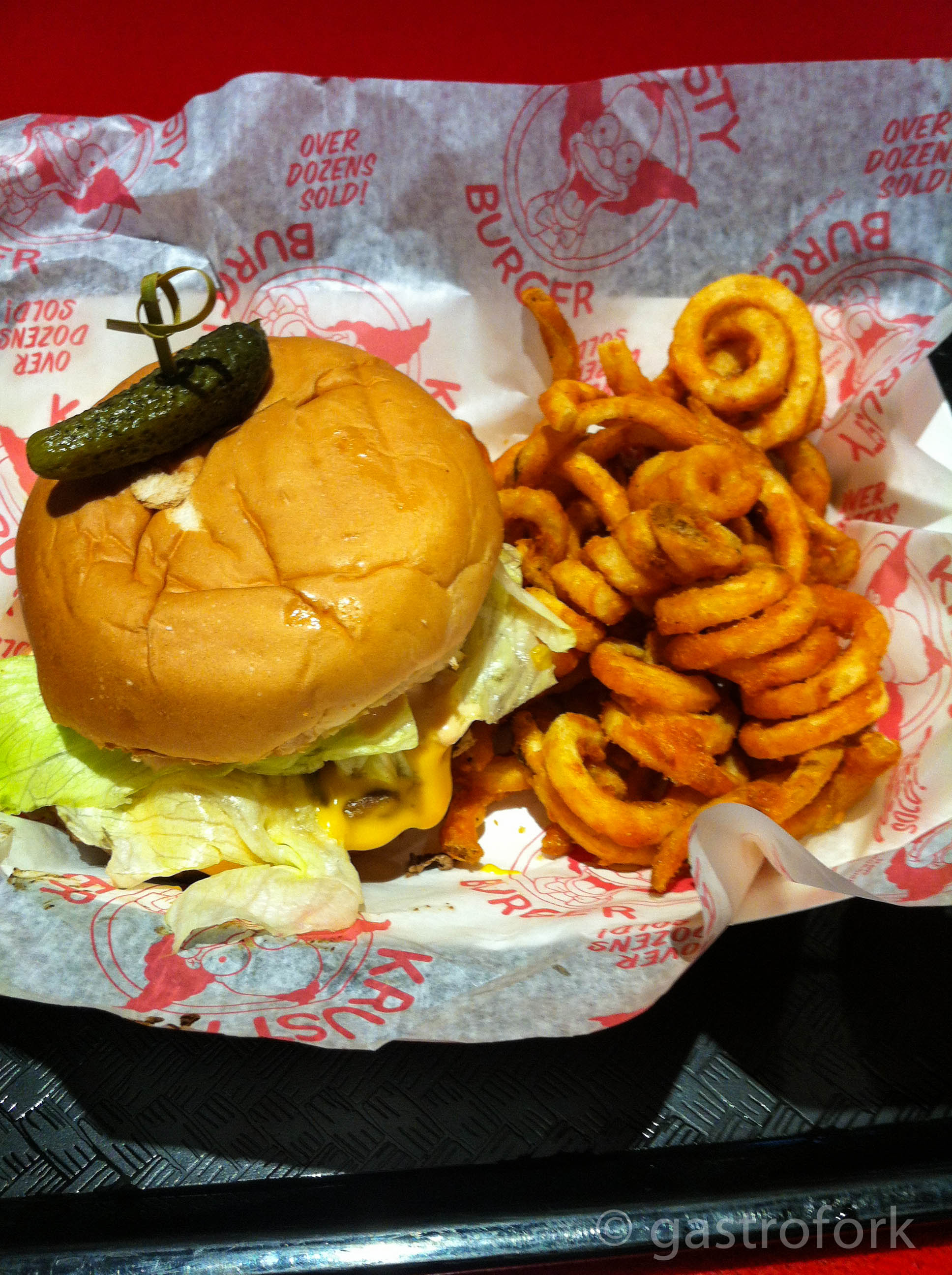 In all it’s greasy, messy glory – it was everything you expect a Krusty Burger to be. The special sauce is Thousand Island dressing and it’s served with curly fries. There is nothing truly notable about the burger, but it beats eating a fast food burger I suppose. 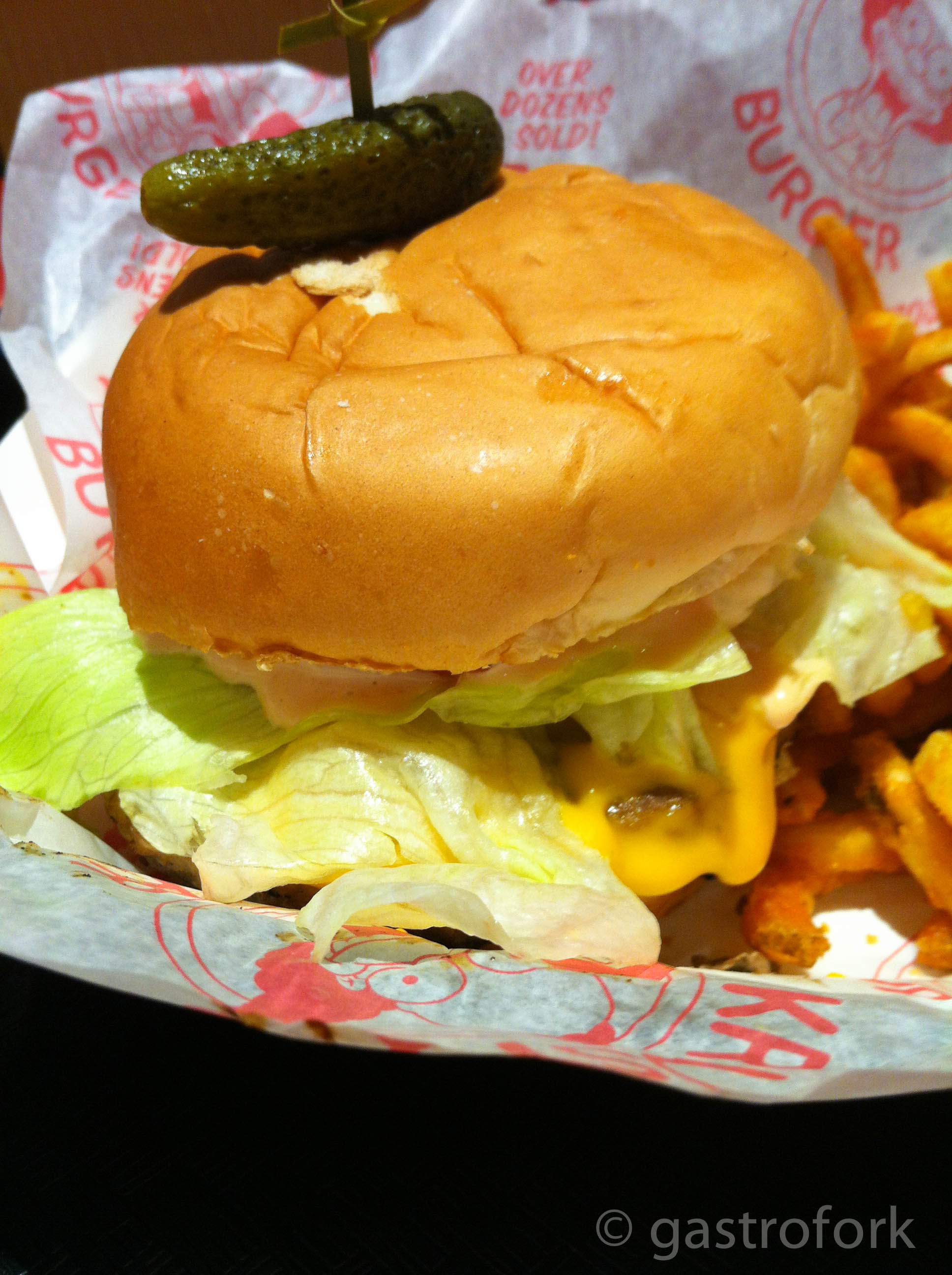 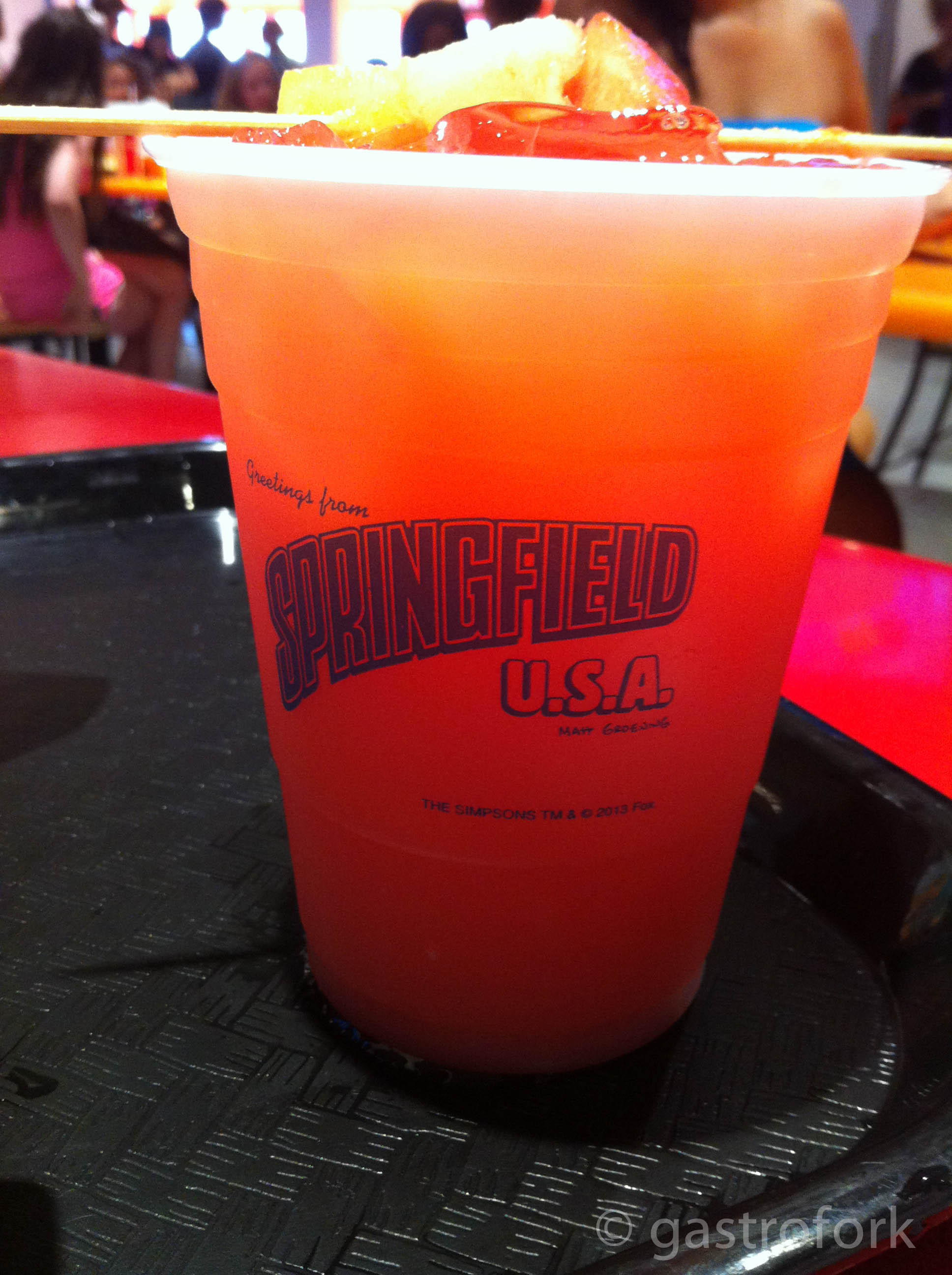 Some other cool things to order? A Flaming Moe (ps, the drink above is not the Flaming Moe). Not entirely sure how they do it, but this citrusy drink is flaming! They also have Buzz Cola. Both drinks are non-alcoholic, so you can share with your kids or have as many as you like. 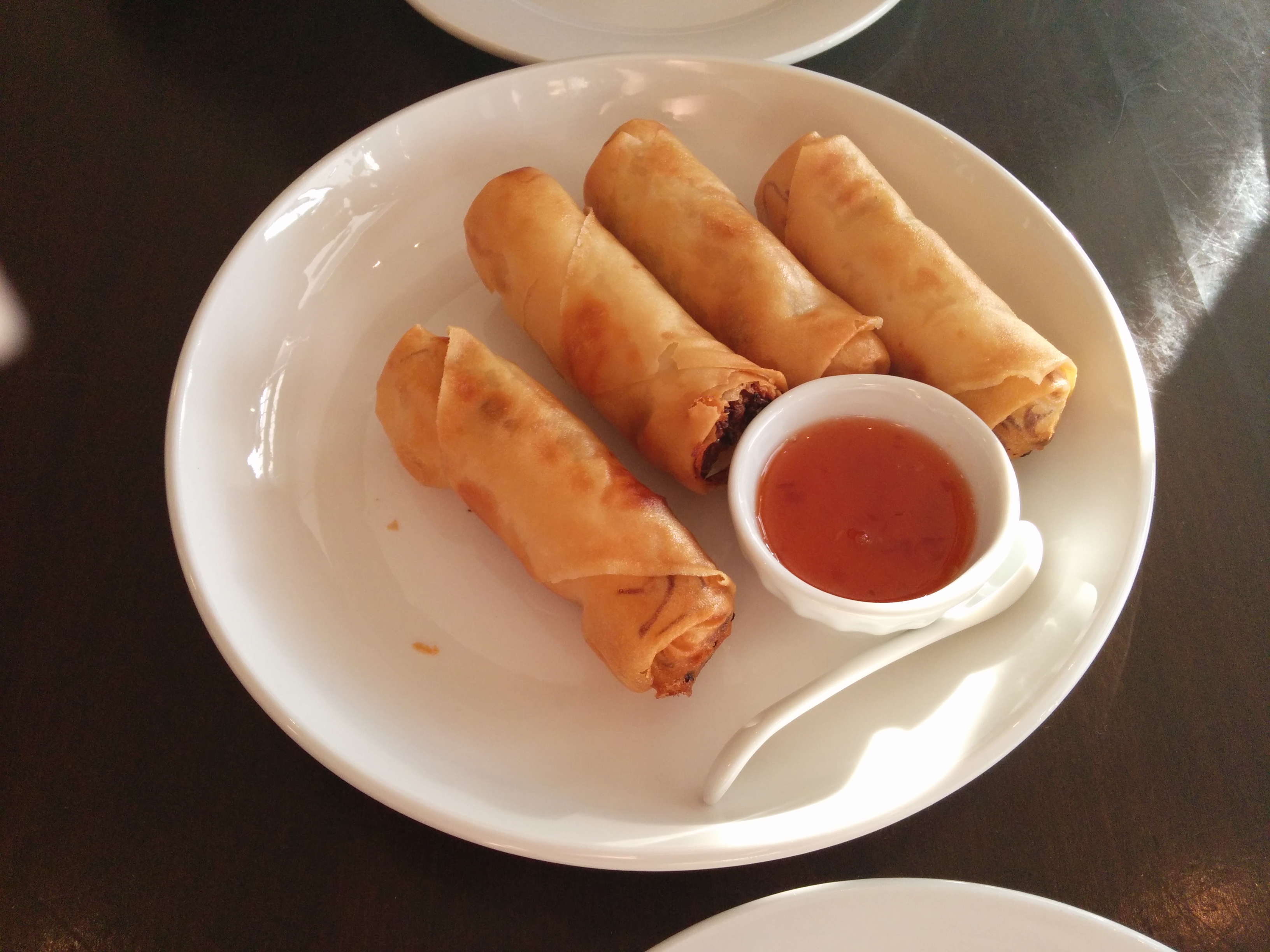