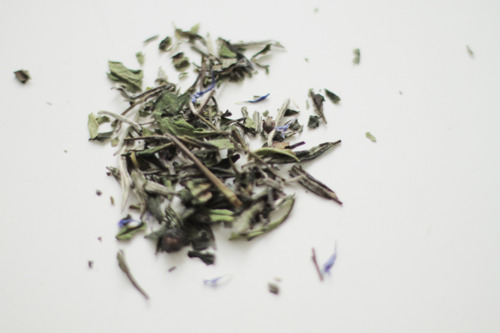 I just destroyed my wallet on David’s Tea the past two weeks. My latest addition to my big pile of tea is Choconut Oolong… which is dark chocolate, oolong and a hint of hazelnut. My sister bought me a big box of tea for Christmas last year or so, and it was little sachets of tea. I promptly finished it all in two months. It doesn’t help I live near a David’s Tea as well.

I can’t remember which Davids Tea I snapped here, it’s either Earl’s Garden or their simplier, Earl Grey.

So. The first step to recovery is to talk about it. And not just David’s Tea. It’s everywhere man. My sister just bought me two Christmas boxes from Davids Tea as well, one being the Tea Passport. Sooo… I bring you a series of Tea Tuesdays on Gastrofork. Just cause you know, the internet is like my therapist. I hope that there’s also crocheting and cupcakes involved at some point too. I won’t just be doing businesses, but also if I’m feeling like staying home and watching my stories, I’ll pick up a random type at a grocery store.

For instance, my coworker Simon used to drink PG Tips because he’s from the UK. I love PG Tips. I want to find a box, but I hear it’s not so easy.

I know, it’s kind of not the most exquisite tea places at all. I mean prior to Starbucks, as a 14 year old, I would simply drink orange pekoe in hotel rooms and think I was pretty damn fancy. Oddly, I would love it when the tea sat close enough to the sanka and had this coffee flavor to the orange pekoe too. (A precursor to why I love DavidsTea’s infusions, I suppose)

When I started to work at Starbucks, I used to love earl grey tea lattes (London Fogs) like crazy. When I wanted to be less decadent, I used to drink their Tazo China Green Tips tea every, single day. I would have a traveller mug and walk to school with this tea in hand. I never really cared about in high school, but green tea is supposed to boost your metabolism. Nowadays if I drink anything from Starbucks, I stockpile on Joy Tea which is a blend of all types of tea.

And one thing I can never stop drinking in the summer even though it’s pricey, is Passion Tea Lemonade. I always get it with extra ice so I can lace it with vodka. Yes, that’s just Starbucks bus driver.

I’ve always hated their coffee for some odd reason, but I love their tea selection so I don’t feel the sense of despair I feel going to a Waves or something. I remembered for a set I was working on, the actor asked me for an Iron Buddha at Blenz. When I ordered it for him, I realized how much tea they had! I ordered myself one as well, and it is a strong kicker of oolong.

I always order the strawberry tea here. I used to drink an unfancy no-name brand of Strawberry tea with my friend when she was in the hospital. When I had this at Blenz, it was so fresh and fruity and creamy like candy combined with milk, unlike the syruppy sweet of the hospital tea.

Another favorite of mine here is the Orchard White Peony. During my freelance life, I would come to Blenz late night to work away. This has apple, peach and pear in it and it’s white tea so no caffeine. 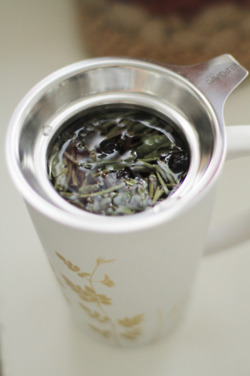 Prior to Davids Tea, I would come here everyday cause I live near one. I had one of their buy ten get one free cards. My favorites were the Ceylon and Genmaicha. My absolute favorite was Queen Victoria, which has both black and green tea in it. Murchies actually has a lot of blends, and maybe I’ll review them in the future in depth. This was my life two summers ago. I’d go to to mall everyday with my father and get a tea. Sometimes if there was seating, we’d have a bread pudding because that is the best ever at Murchies.

Marco Polo Tea Latte. That is all. I love this! It’s fruity, somewhat floral and a black tea so it gives me my caffeine jolt. I only had it really recently, in my frequenting of their new location downtown. I will have to come back and try their other teas. 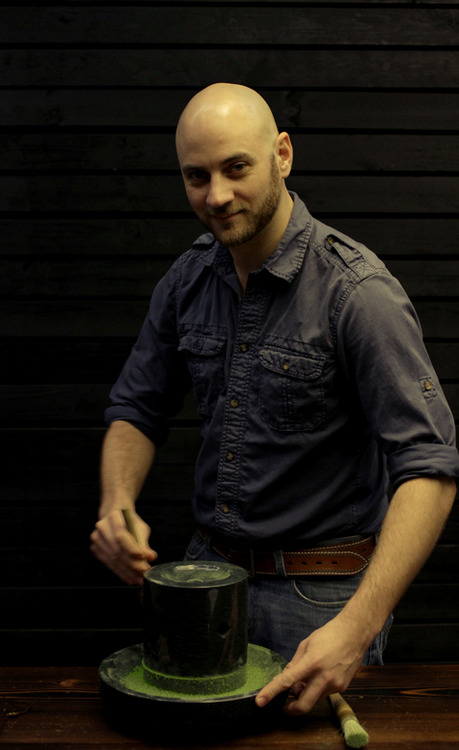 I did two posts related to O5 for Gastrofork. I’d really like to come back but need to find some tea afficinados cause I’m too awkward to go alone, it’s so nice in there. It’s really a place where I feel like tea almost becomes wine and I sip slowly. 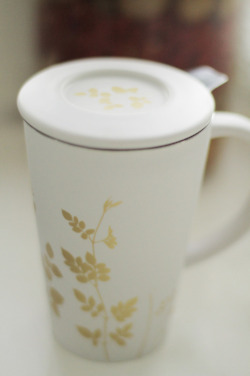 By the way the cup you saw earlier is a gift my sister bought me. It steeps tea with the metal strainer inside. …Yes, it’s from Davids Tea! I remember this all began one summer, when I was planning to have a drunken tea party. My two recipes were Vodka Chai and Grapefruit Tea + Fruit Sangria.

Vodka chai requires you to steep the chai leaves in vodka overnight. The next day you put the vodka back in the bottle. It is the worst but best thing ever. It doesn’t taste like vodka, it tastes just like chai. You realize how many I got tipsy in my living room cause of this??

Another one I didn’t make for the party, but did in the summer was the Sangria. All you do is steep Grapefruit tea. In the meantime, soak all the fruit like strawberries, raspeberries, currants, blackberries and blueberries in gin or vodka. When they steeped for at least two hours, freeze them and use them as ice cubes in your tea. This was actually a recipe one of the girls at DavidsTea gave me.

So, this week I bought Choconut Oolong. Which is dark chocolate, hazelnut oolong. This is super good with some steamed milk, I had a tea latte at Davids Tea with this type of tea. I accidentally left it somewhere shopping and it made me so, so sad.

Last week, I bought White Chocolate Frost. It is a herbal infusion with mint, white chocolate and peppercorns. I was feeling a little sick, so I thought mint would help. Plus I love white chocolate mint mochas everywhere.

Last, last week, I got Love Tea #7. It is black tea, chocolate and strawberries and rose petals. Yes, I seem to like chocolate.

Last, last, last week (oh god), I got Earl’s Garden… it’s such a lovely version of Earl Grey. The Earl’s Garden is a black tea made with bergamot, strawberries, raspberries and essence of black currant

And I can remember is getting Pumpkin Chai, which is chai with cinnamon, cloves, cardamon with a caramelly sweetness alongside the pumpkin.

My sister has two Christmas boxes from them apparently. I will post about this next Tuesday! 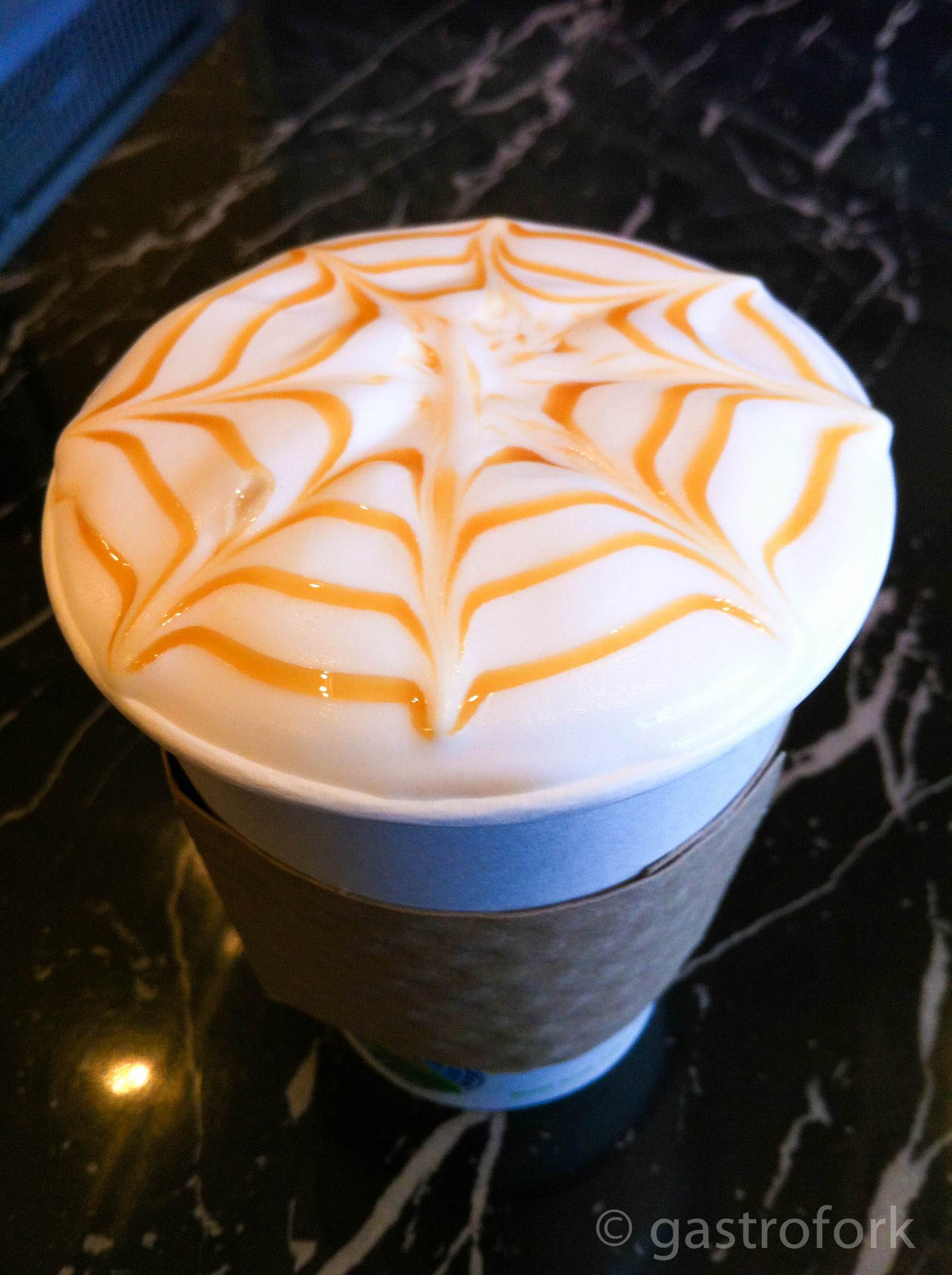 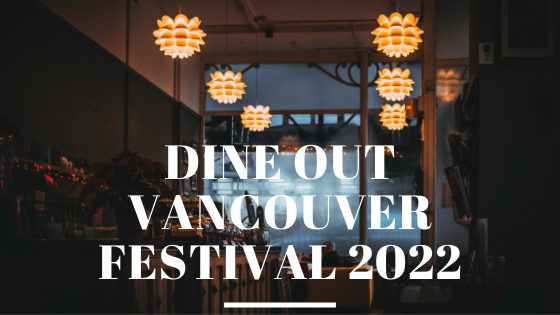 Dine Out Vancouver Festival 2022 – My Picks 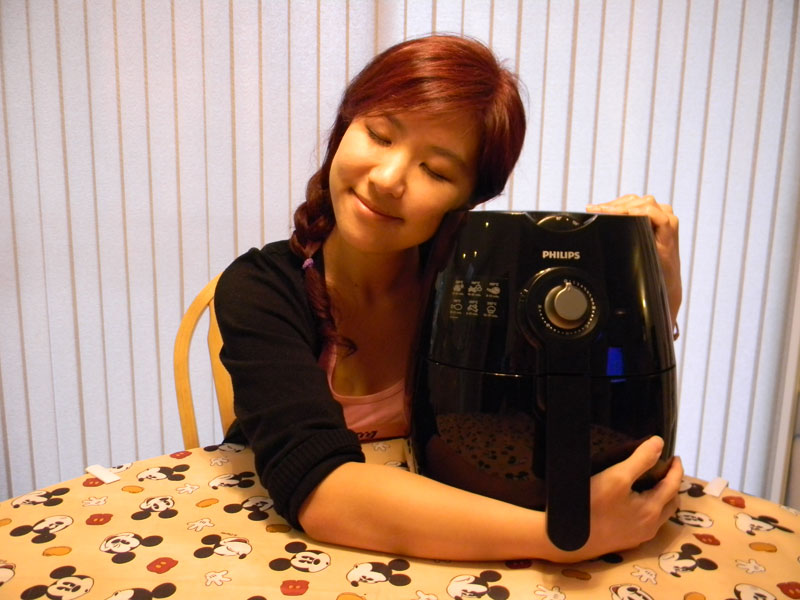 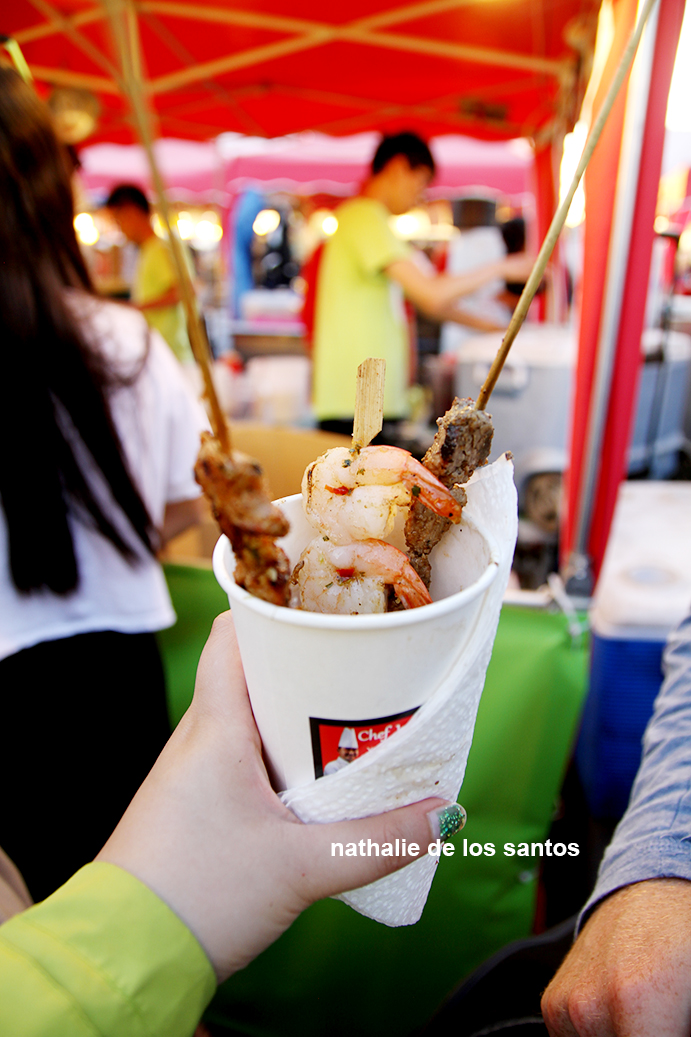