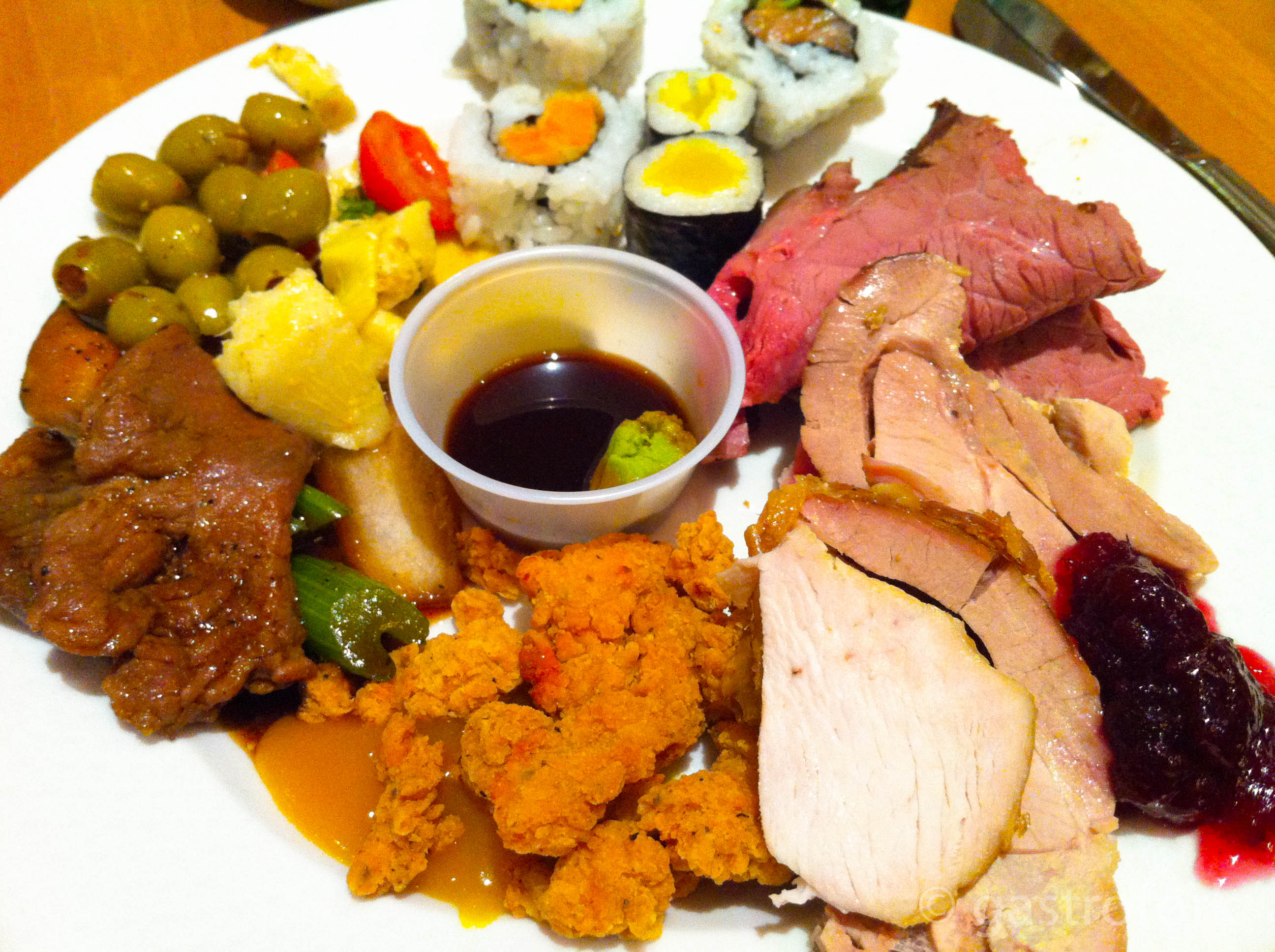 December saw a lot of holiday parties, especially office parties. My wonderful boss, Kelly of 604media decided to take us all out for an evening at RiverRock Casino. 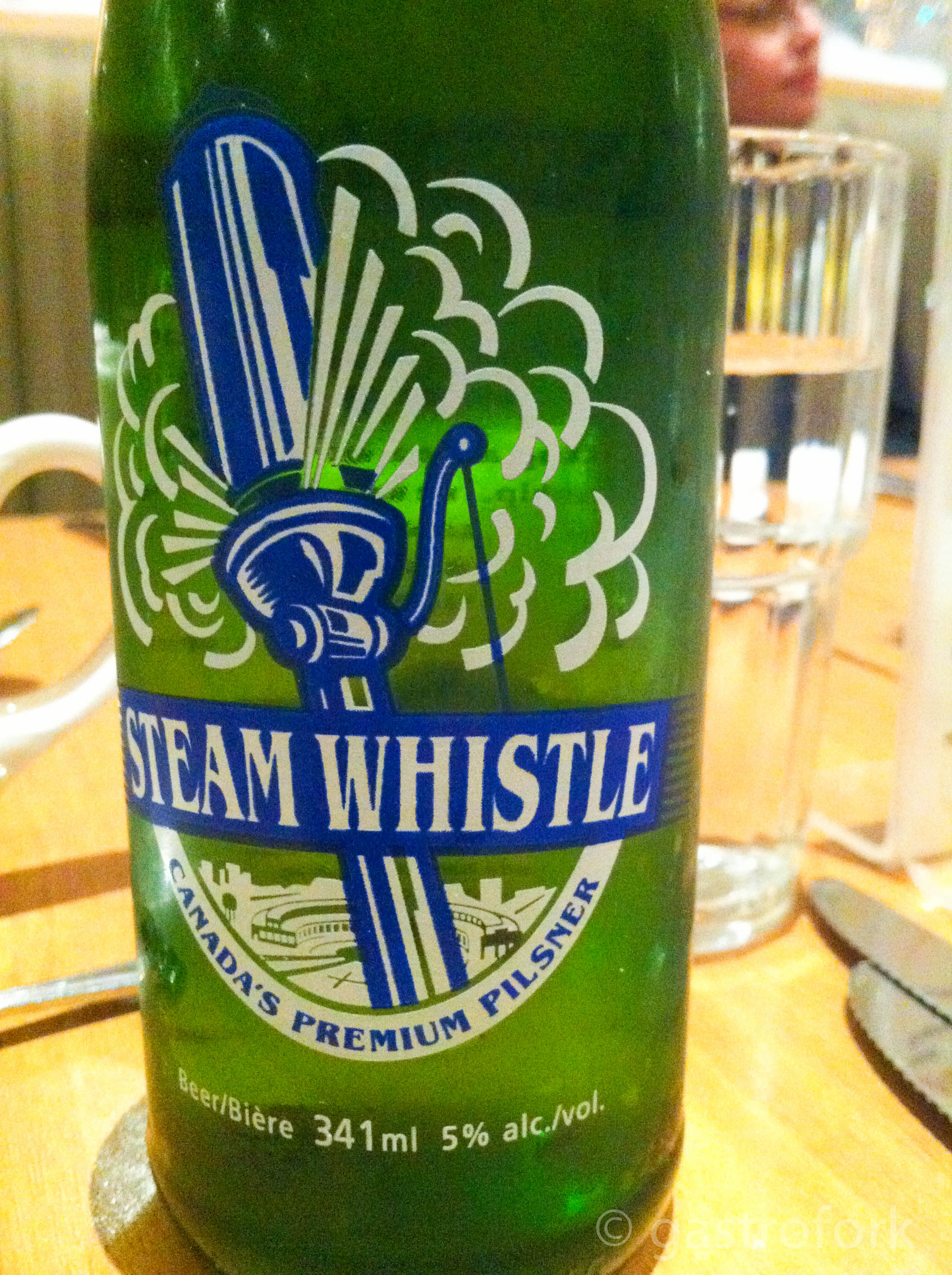 Our first order of business was to eat, so we went to the buffet. During December they were featuring a ‘holiday’ buffet which included turkey, ham and the fixings. We all ordered drinks and even a round of shots (however, our polite waitress let us know that they cannot serve ‘shots’ so they had to add ice to it). It was interesting sipping on a shot of tequila and water! 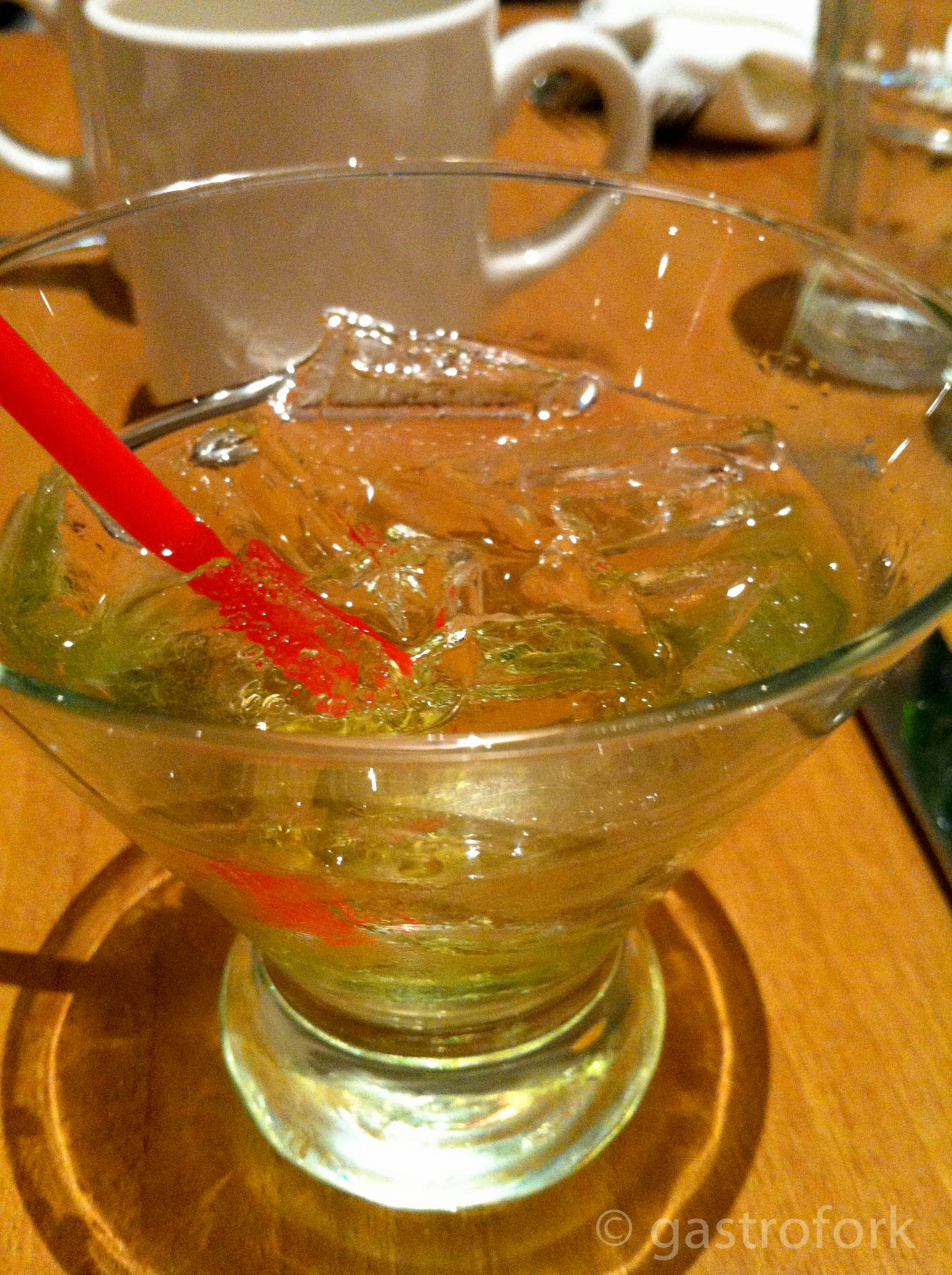 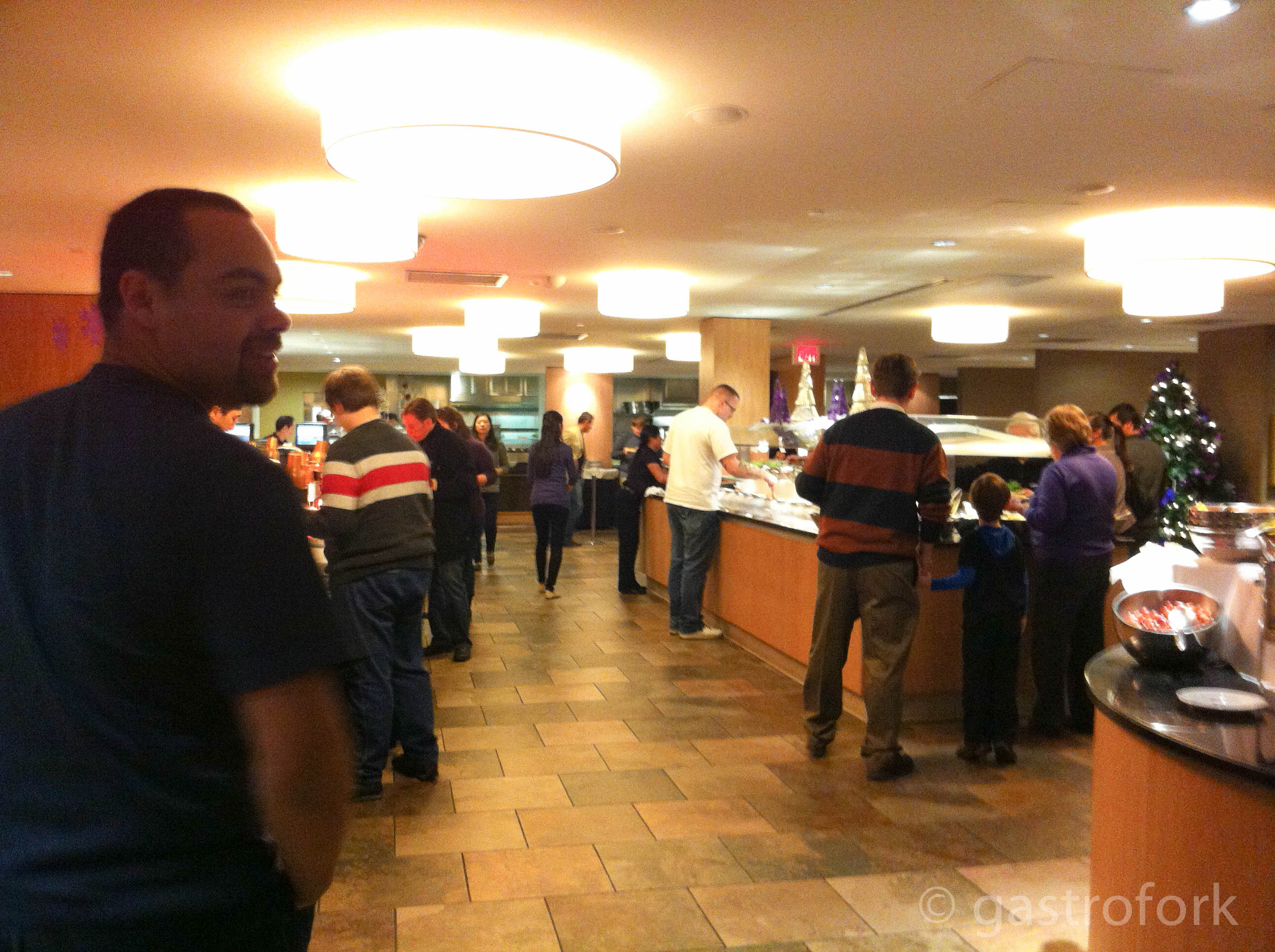 The buffet has two long tables in the middle and two stations at the front and end. The middle area is the salad area with a good mix of greens. The front station was the dessert area, which seemed to be very popular. But more on dessert later. 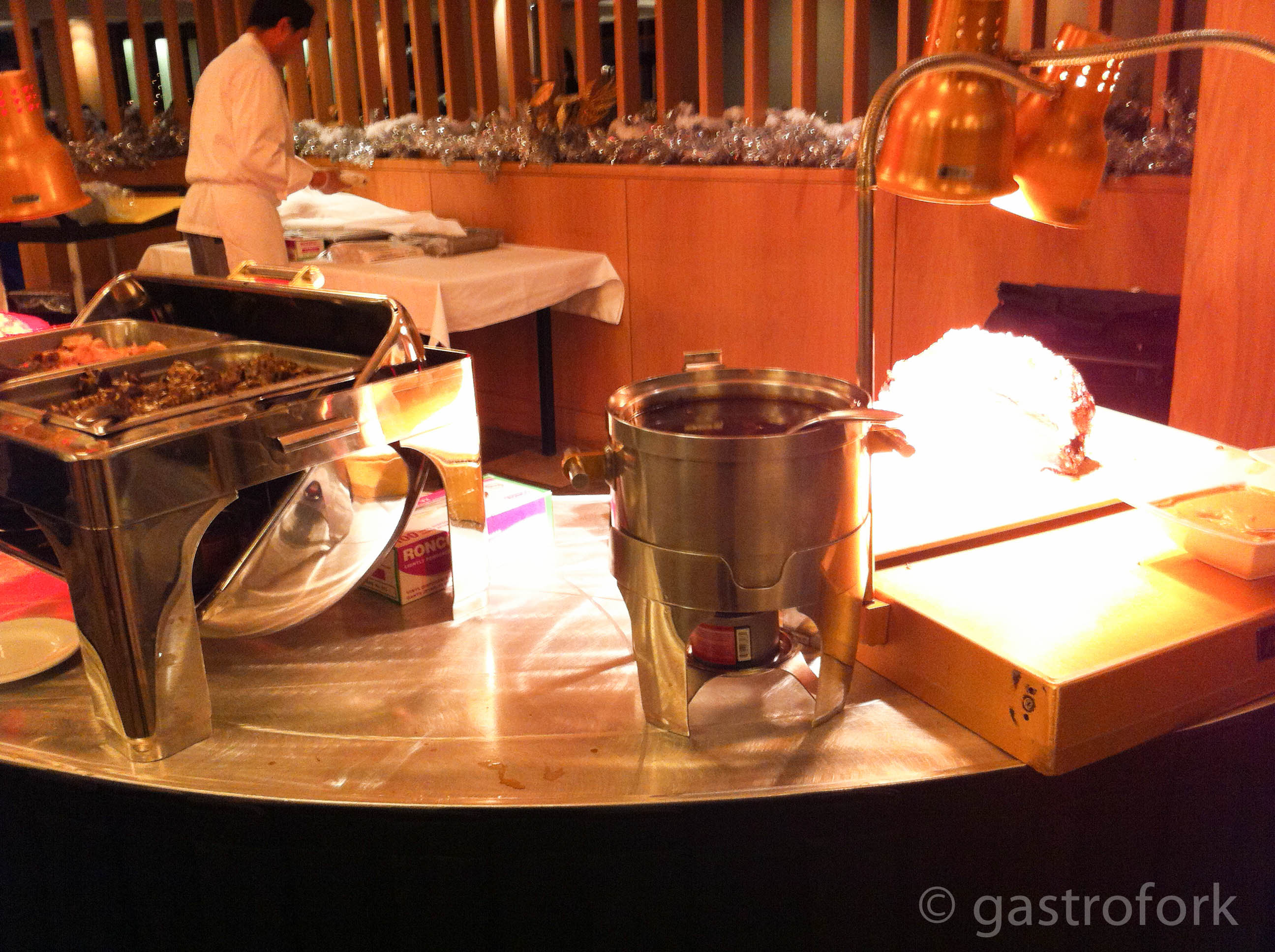 The other long table was where the ham, turkey and sushi was located. This was probably the most popular area, with a chef slicing a roast and another putting together sushi rolls. The chef was friendly and encouraged me to ask any questions I had about the hot buffet area. 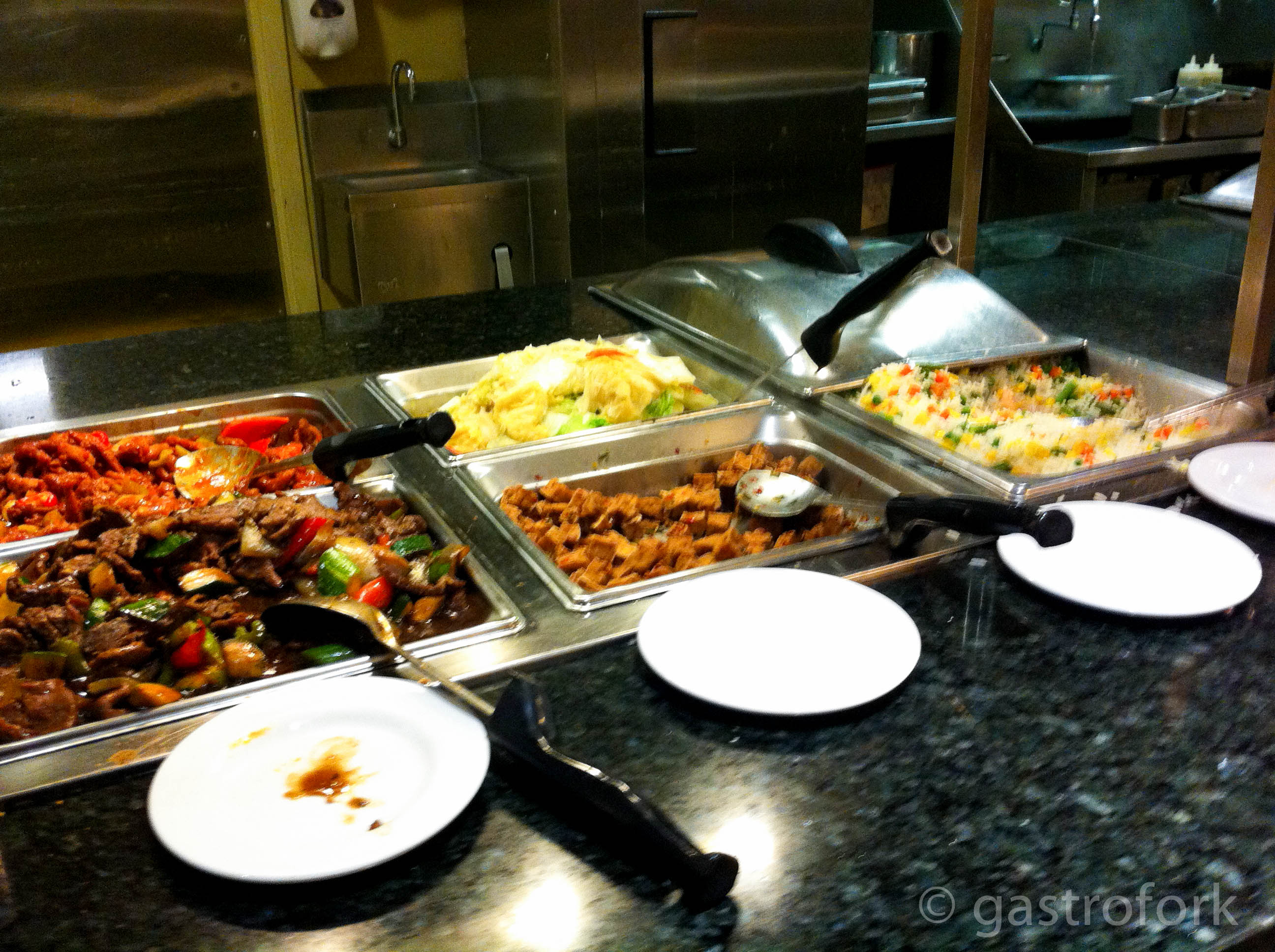 The last table was a mix of Chinese food and some pasta. The Chinese food was okay, there was some fried rice, beef and broccoli, tofu, steamed buns, etc. I wasn’t too impressed with this area, considering they’re in the middle of the best place to get great Chinese food (Richmond) – I’d expect it to be up to standard, but sadly, it felt like food court Chinese food might’ve been better.

On my first plate, I had a bit of olives and artichokes (to try and balance the rest of the food I was eating…didn’t do so well!). The sushi was alright, very safe choices – yam roll, oshinko (pickled radish) and spicy salmon. I guess with the mass production of a buffet, it makes sense to have these easy to make rolls that won’t turn bad after a while. The roast beef was delicious, tender and still pink (yum). The Chinese food was okay, but nothing to really rave about.

I went back for seconds, but had pretty much the same thing, so I skipped the picture. 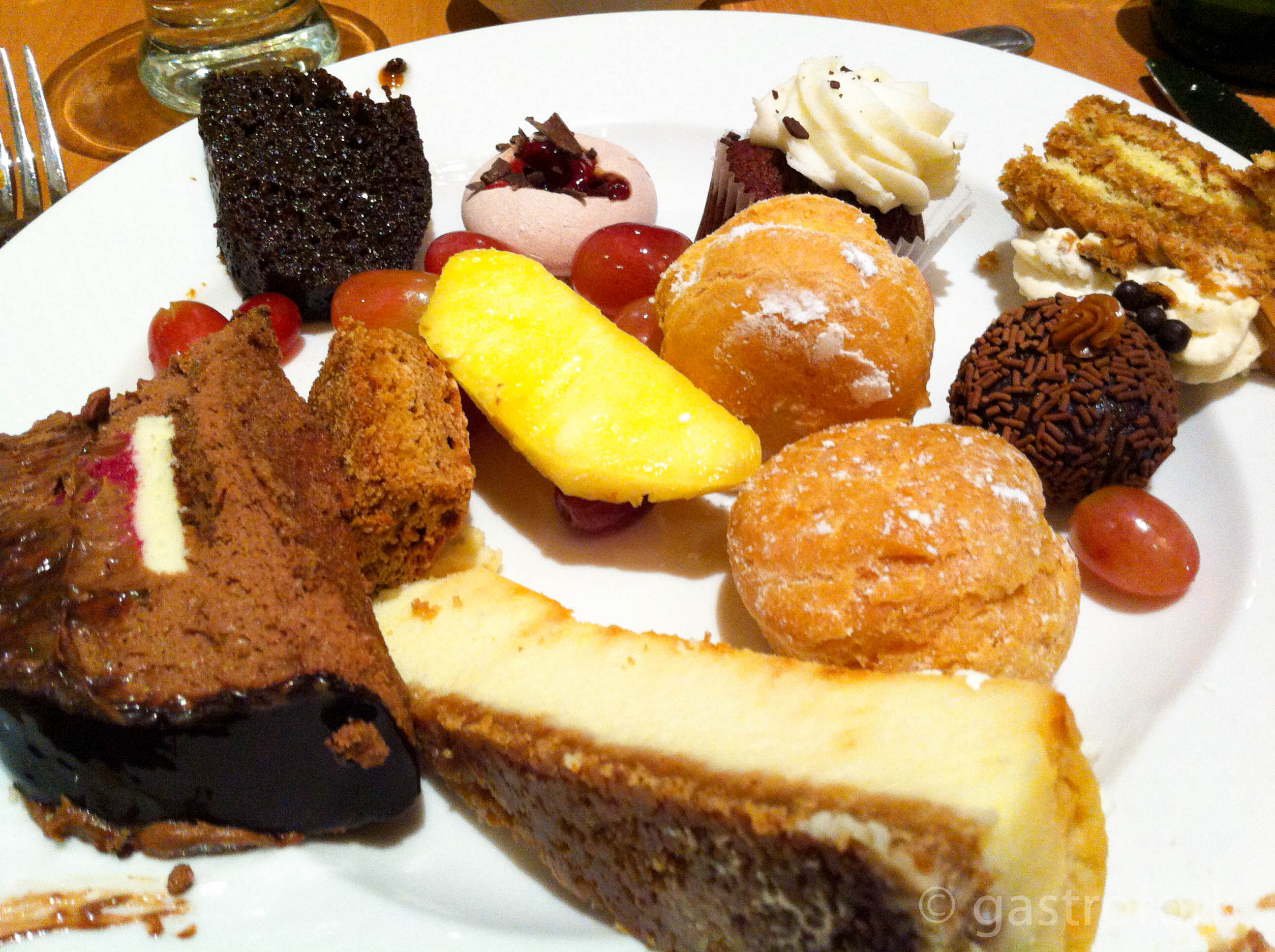 My dessert was a little more fun. I actually went and got a big plate for desserts (don’t judge me!). I had some fruits (again to balance…but again, didn’t so well!). Tried a little bit of their chocolate phdding, cup cakes, cheese cake, rum ball, cream puff, yule log and a flan. I enjoyed the yule log, the fruits, the cream puffs and cheese cake. I don’t know why but I was expecting the flan to taste like the Filipino style Leche Flan which is essentially the same thing but sweeter and with caramelized sugar at the bottom. This one was not too sweet and was more milkier than what I was used to.

Would I return here? Probably not on my own will. I might be a tad spoiled from Las Vegas buffets, but this one is honestly a little overpriced for decent food. If you’re visiting from out of town, please head into Richmond or venture in Downtown for a delicious experience instead!

The rest of the evening was great, we went into the casino – it was funny when they had two lines for anyone under 30 and over 30…and…I was the only person..to go through the under 30 line (awkward!). I learned how to play roulette and from the cash Kelly gave us won $150 in slots! Woohoo! I’m not a big gambler so maybe it’s beginners luck?

Anyway, I’d like to thank Kelly for inviting me to the Christmas party, it was a lot of fun and the 604media team is a great bunch of guys. They do hosting, and guess what? They host Gastrofork and I’ve never had a hiccup since I’ve switched over. 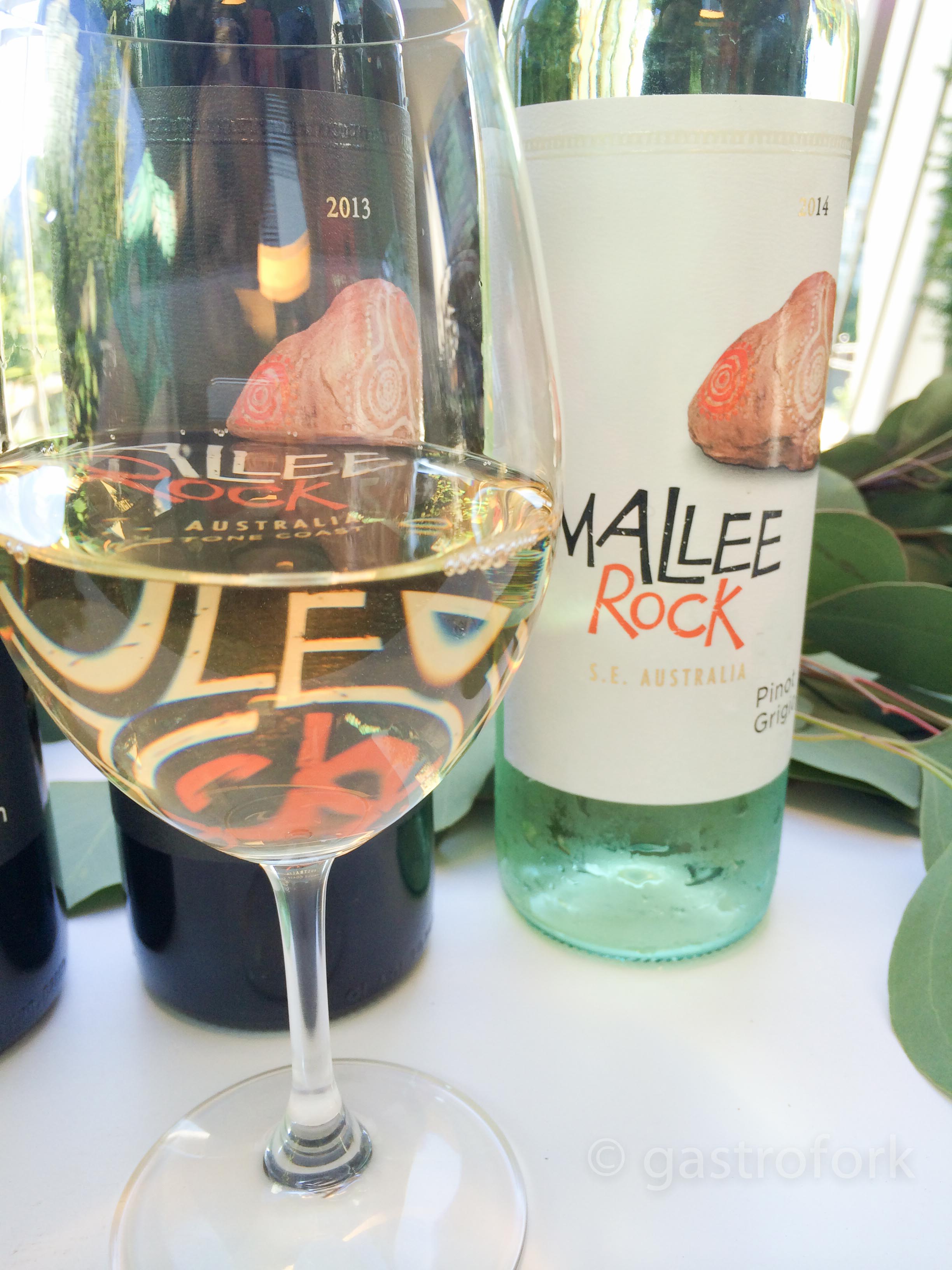 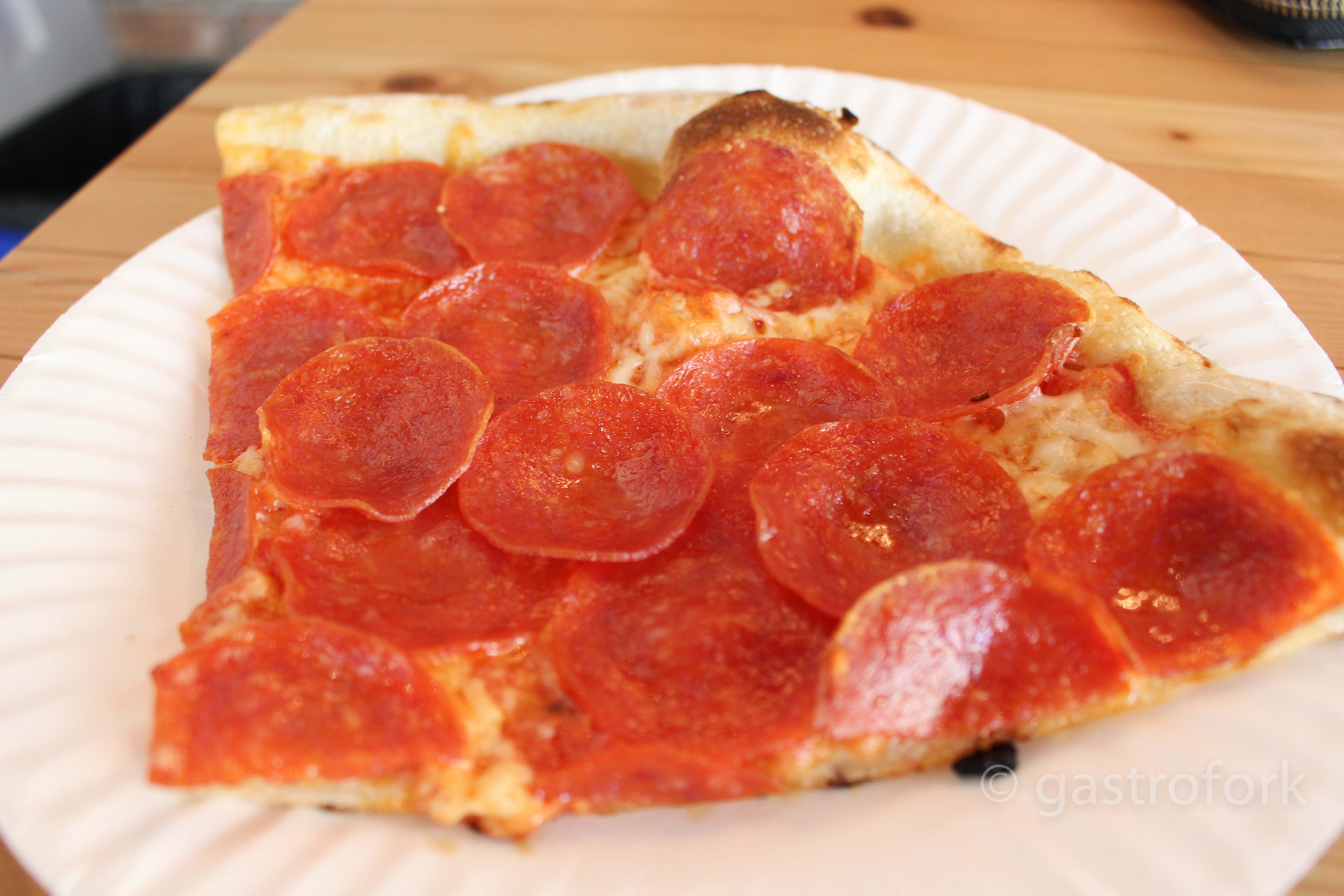 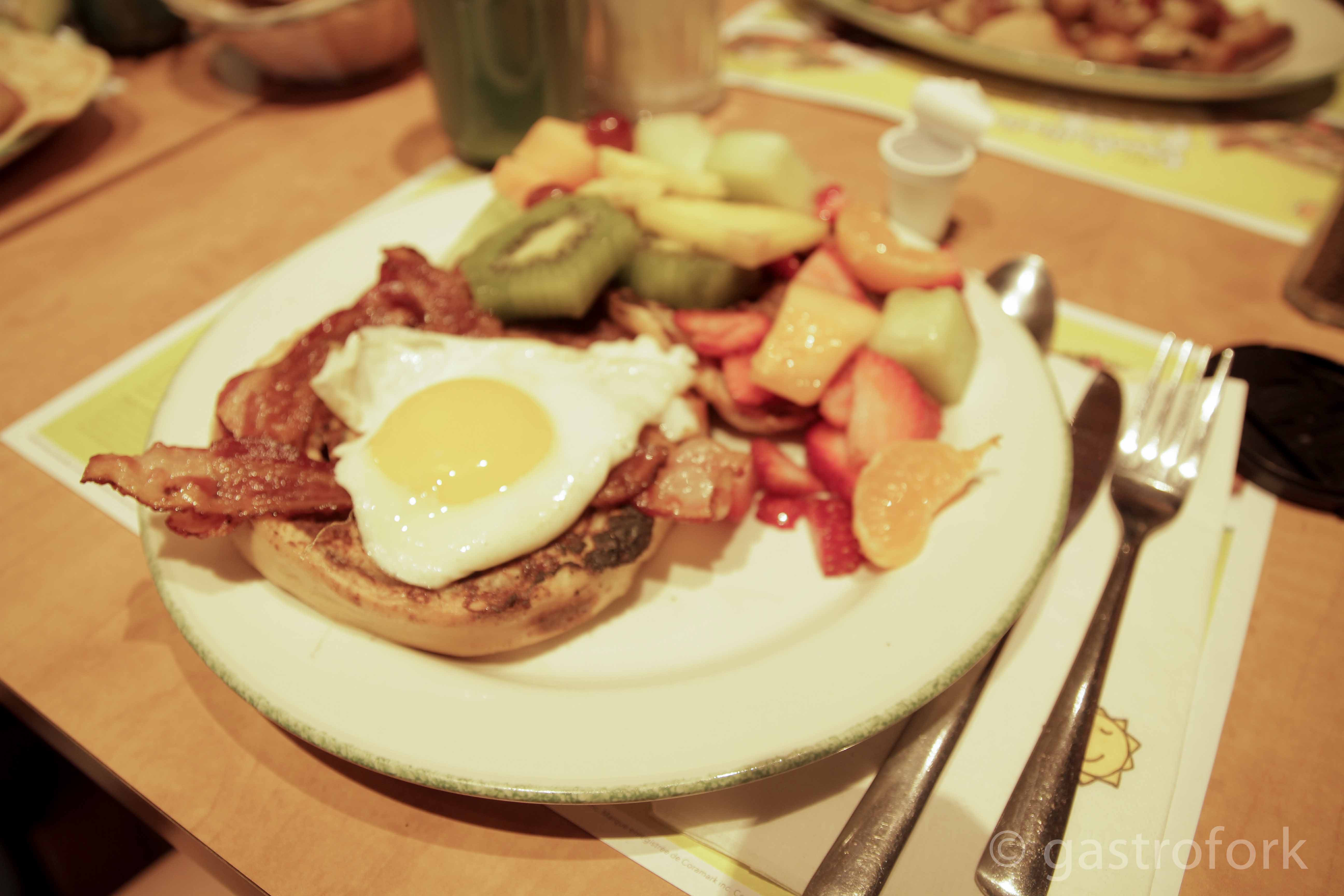 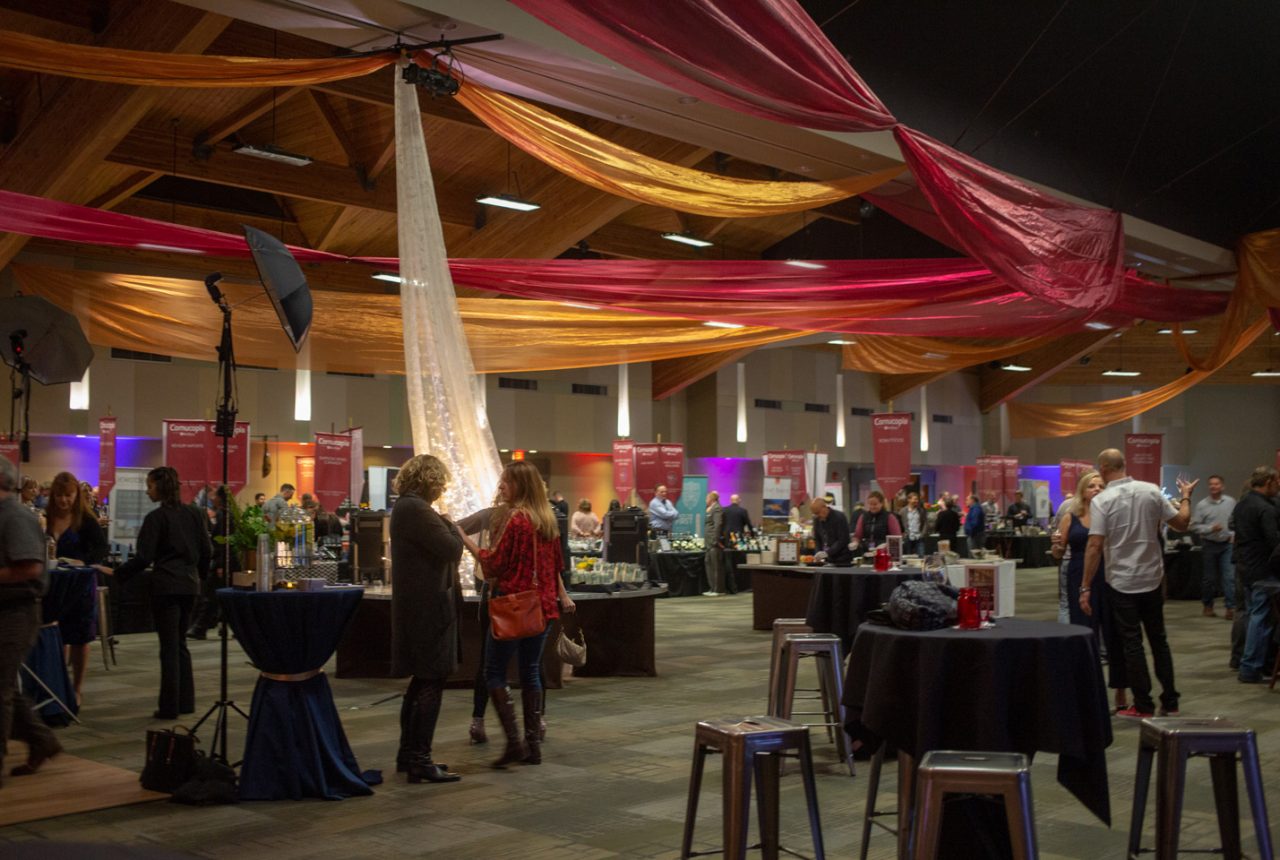