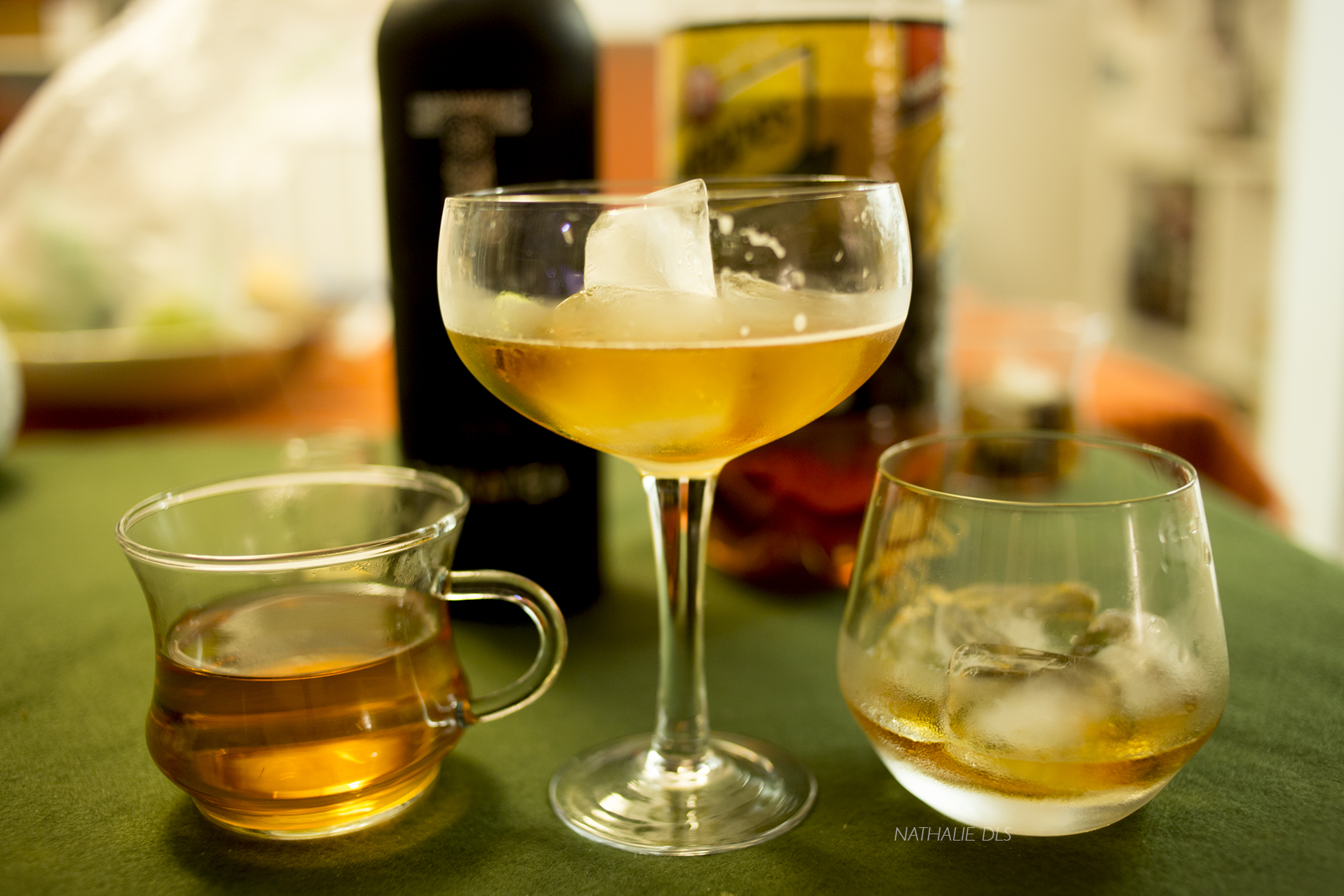 We discovered the awesomeness of Legacy Liquor Store. My jaw dropped cartoon style at the walls of different flavours of various alcohol and brands I’ve never heard of. As if I walked into some sort of secret library, I tried to learn as much as possible at what was on the shelf. I found one item, Tatratea, which is a tea liquor that is a whopping 52%. They have different flavours, I originally wanted to get coconut tea but went with the black tea to try the brand. It is a $50 bottle, so I had to decide wisely. Depicted above are three ways to have it: on the rocks, in a cocktail or in hot tea. 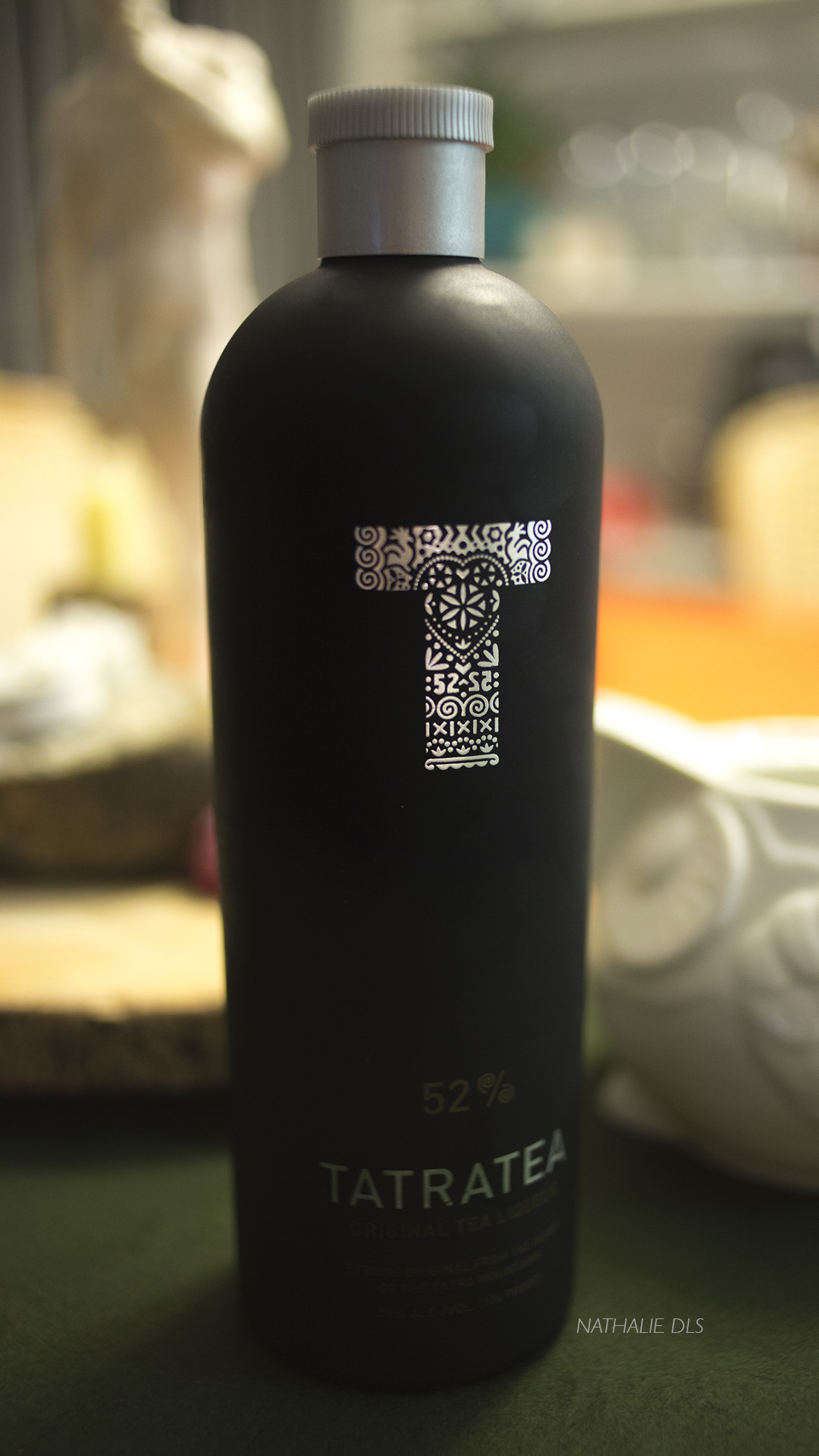 So on the rocks was probably the only time you could taste the alcohol in the drink. But it was very mellow and sweet: it did not bite or burn, it went down smooth and hit me moments after. 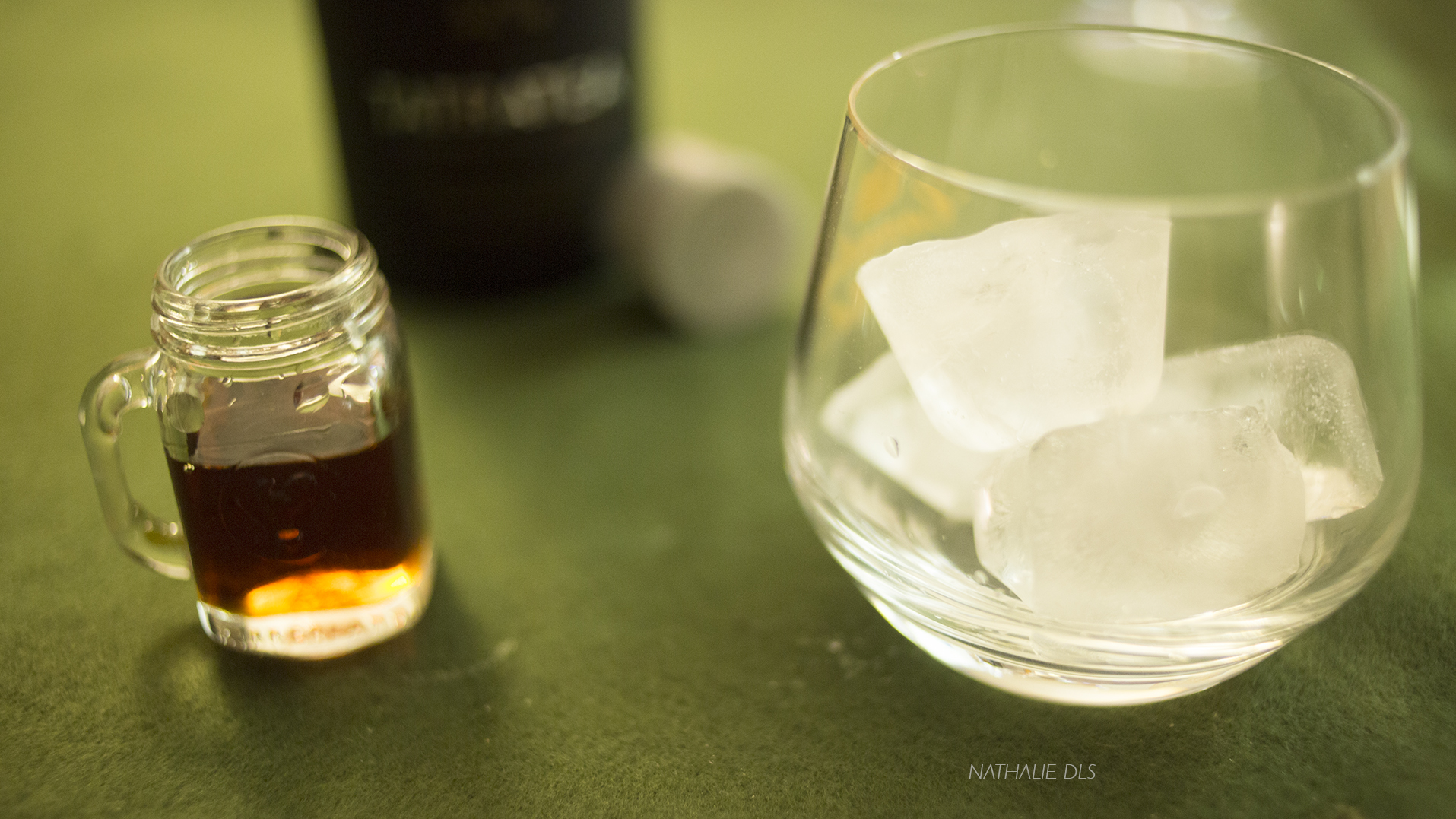 Josh tasted all three drinks with me. He conjectured that this tea liquor could probably replace gin in certain recipes. 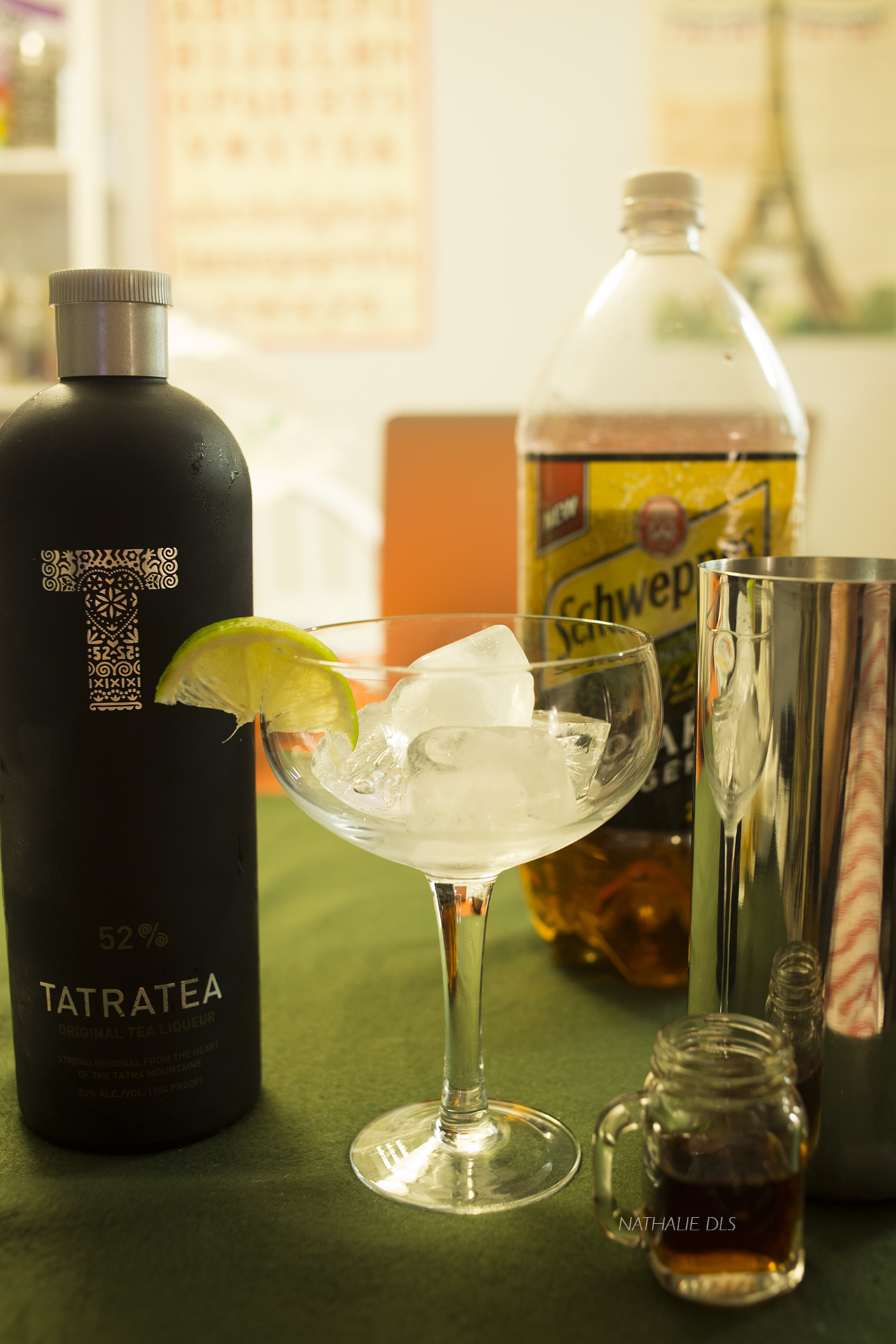 For the cocktail version, we put 2 shots of the tatratea, 3 shots of dark ginger ale, 1 lime and we stirred the drink, then strained. 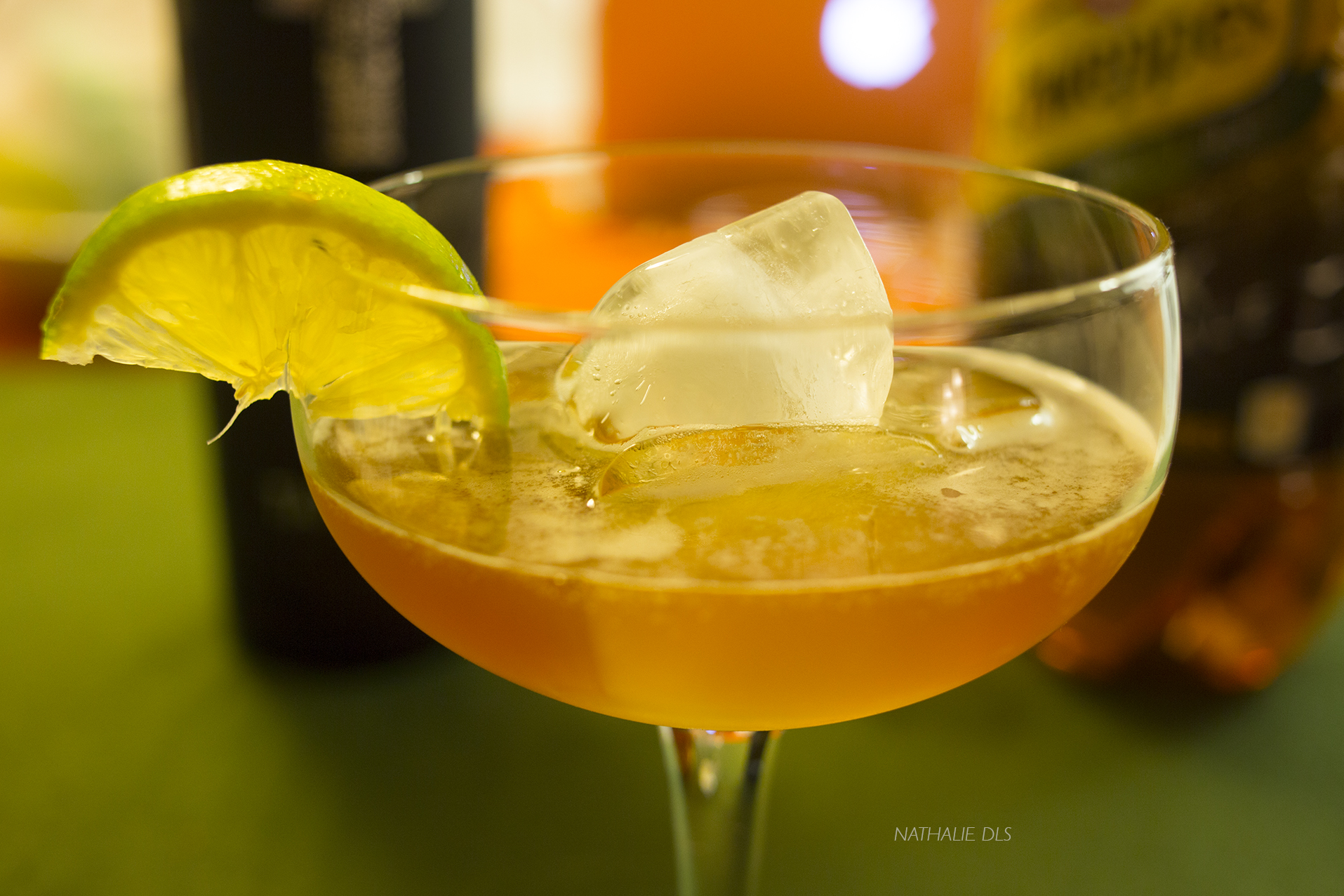 You cannot taste the alcohol in this at all. This is dangerous… and delicious. I was already feeling a good buzz from the first batch and having two of these will get you to a nice place. And you won’t know: its akin to a long island iced tea. Sweet, light, refreshing. 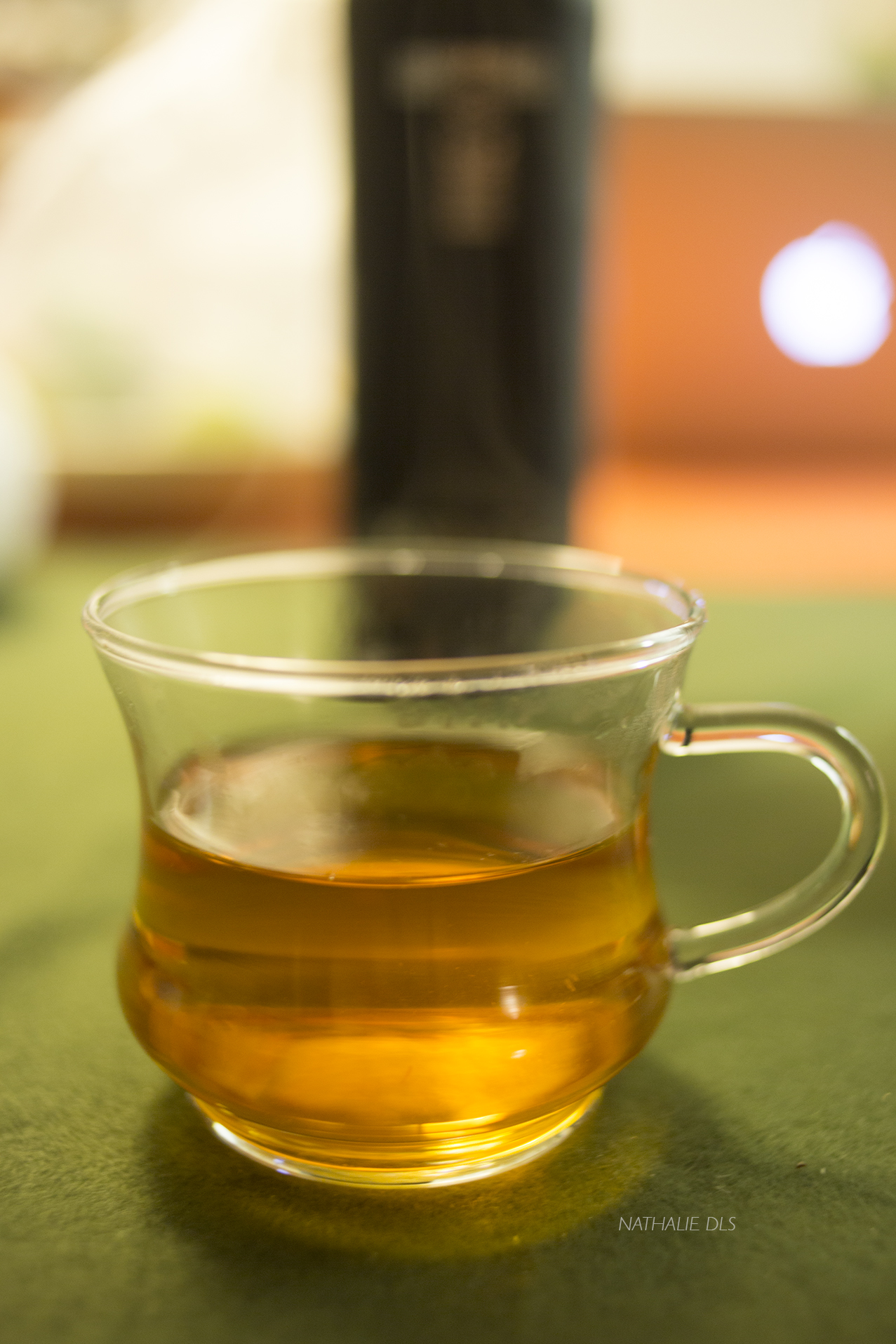 The last was simply adding the shot in hot tea. I tried not to make my tea too hot, as I didn’t want to “kill” the alcohol. So I boiled my tea to around 80 degrees and added the shot. Like above, it was hard to detect the alcohol as it blended in with the black tea.

Verdict? As I’ve gotten older, I’ve disliked large quantities of hard liquor since of the shit mixes of my college days. This tea liquor has changed my mind: I can still get turnt up while having something more flavourful and light. 5/5 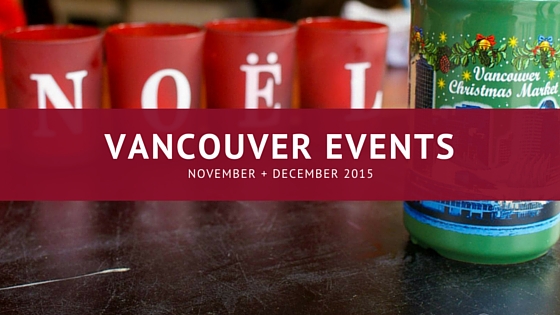 Vancouver Events in November and December 2015

Bake for the Quake 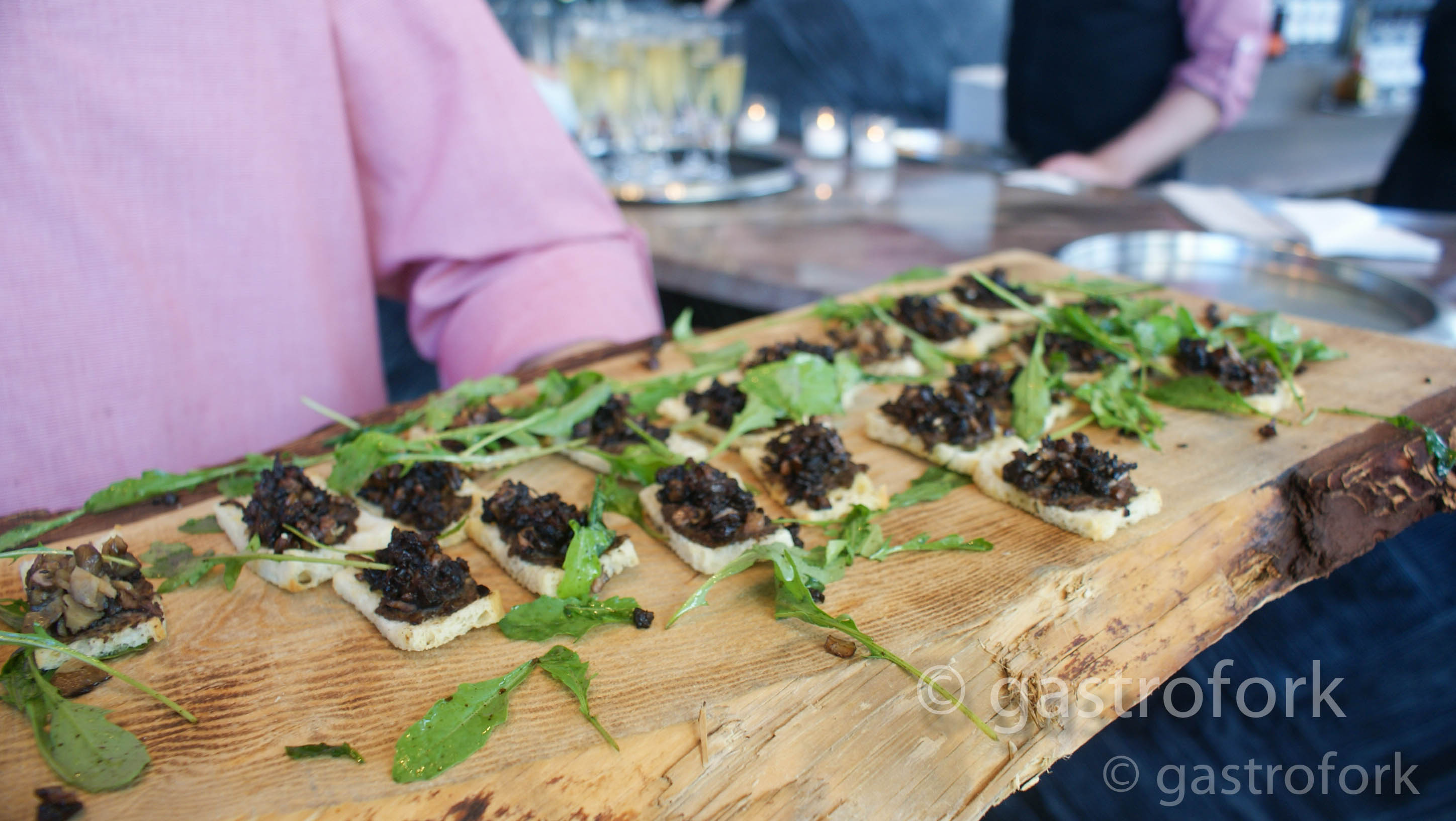 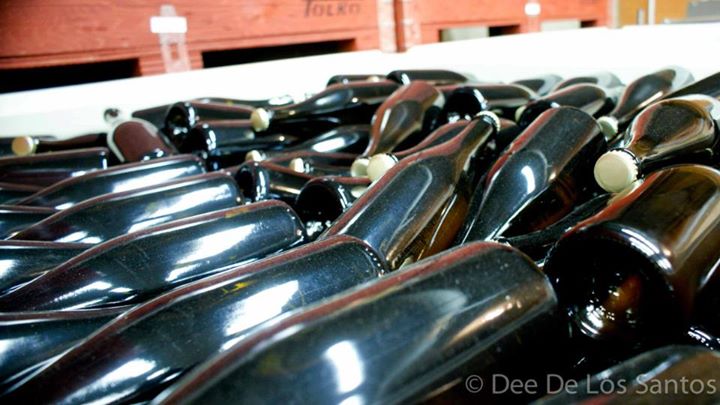