Santa Monica is known for its beaches, 3rd Street Promenade and the Santa Monica Pier. The city also has a lot of great other offerings, including the Blue Daisy Cafe. If you’re not looking for it, it would be easy to miss, especially if you only stayed in the popular touristy area of Santa Monica. It’s a few blocks inland from the beach and the 3rd St Promenade, but that was only a short walk from where we parked and it had good reviews, so we decided to check it out for brunch. 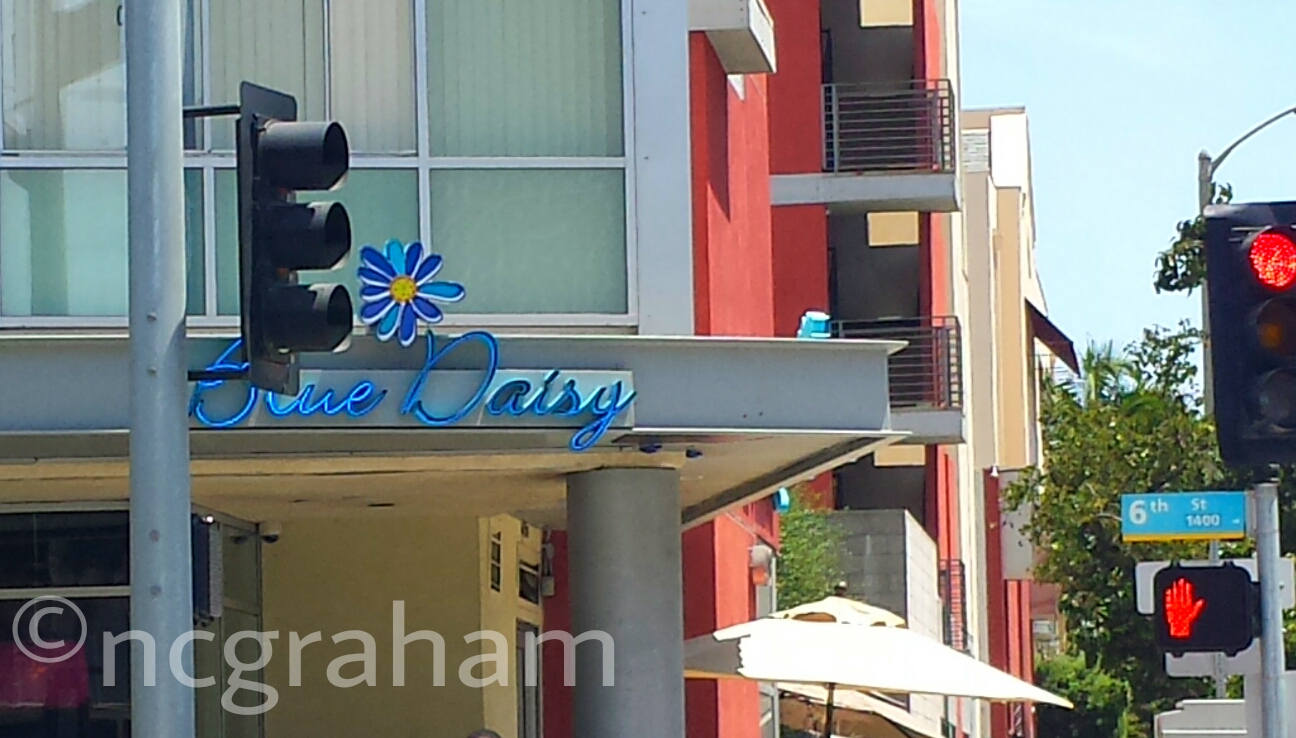 When we arrived, we thought we would have to sit inside because the front patio was packed, but alas, they also have a back patio which had plenty of room to seat us. We were instantly greeted and told we could pick any table we wished. A pleasant server gave us menus without having to wait a minute. Each table was decorated with a small violet plant, which made for a nice pop of colour. I also thought it was nice to have a potted plant that continues to live, instead of cut flowers as decoration. 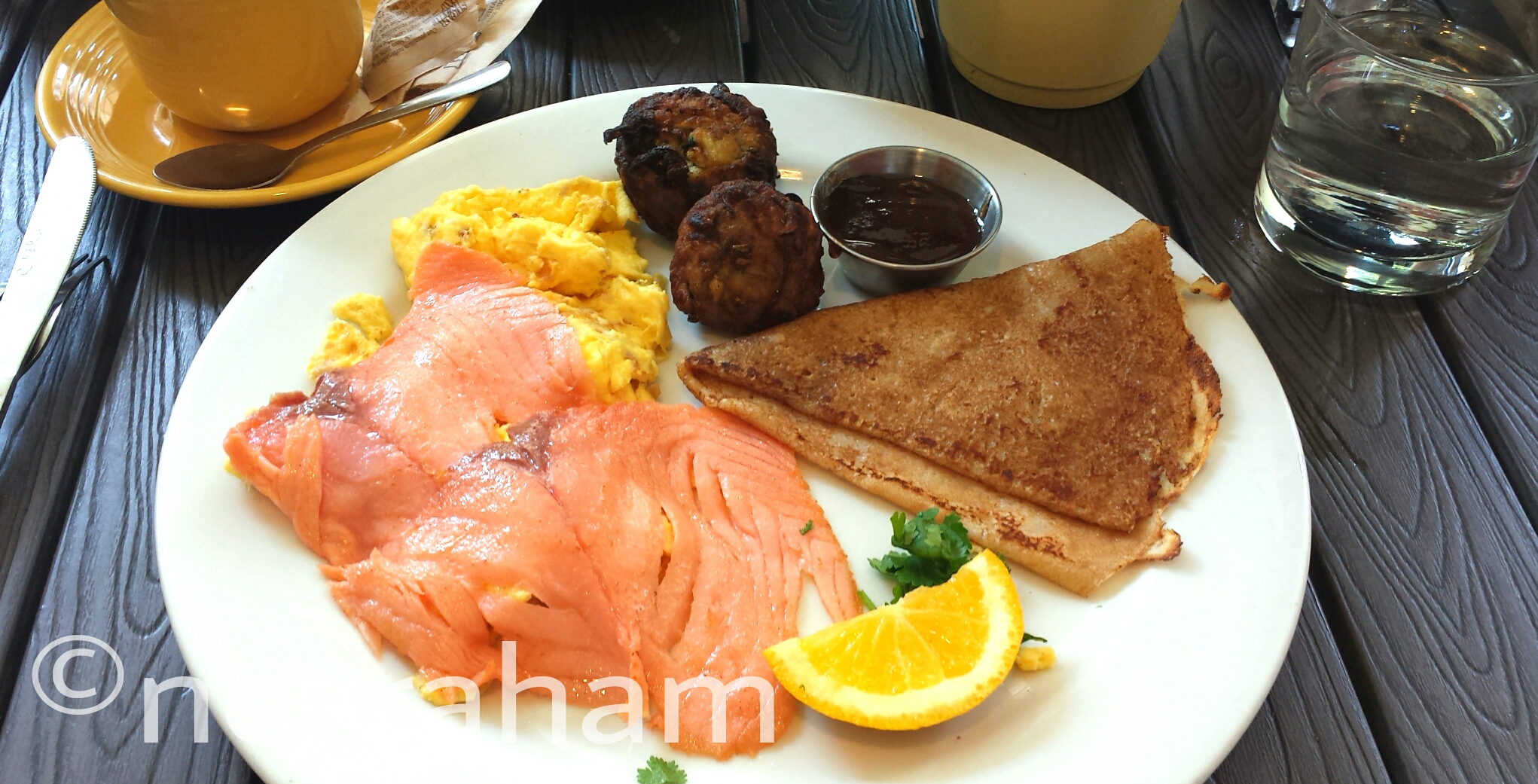 I absolutely love brunch, so narrowing down the choices was tough for me. I eventually settled on the the 3 Organic Scrambled Eggs with Smoked Salmon (served with zucchini hashbrowns, sprinkled with cilantro, and a plain crepe with jam on the side for $13.75). The dish is served with zucchini hash and a crepe with jam. When it arrived I was a little disappointed because they had put the smoked salmon on top of the hot eggs which cooked the salmon a bit. It ended up tasting fine, so I was worried for nothing. While eggs and smoked salmon are always good in my books, it was really the zucchini hashbrowns that stole the show for me. It was unclear on the menu what that really meant, but it was basically shredded zucchini, mixed with some black pepper, rolled into balls, and fried. I will definitely be trying to duplicate them at home. As much as I love shredded potato hashbrowns, these zucchini hashbrowns made me forget all about potatoes. 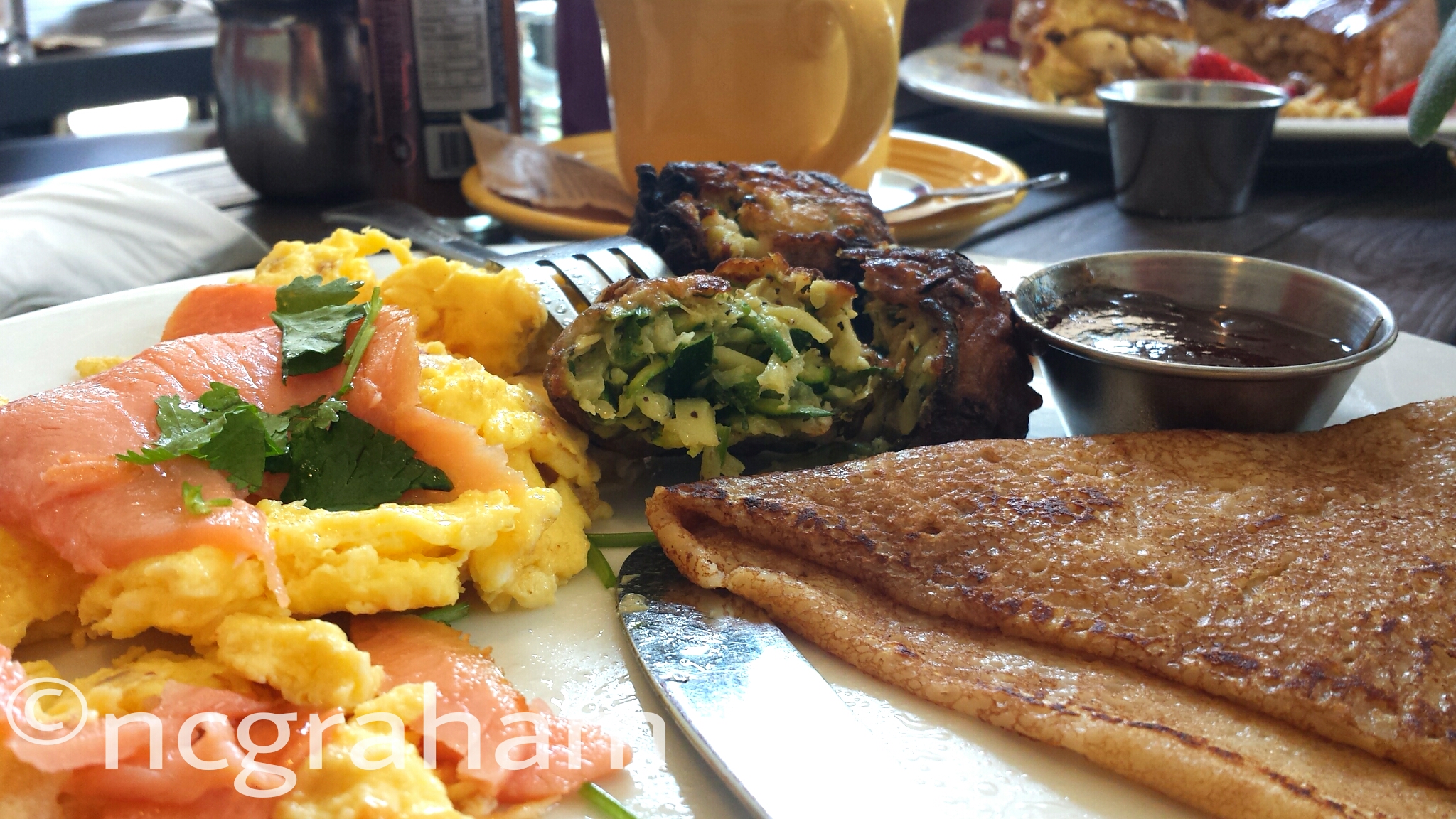 My husband ordered the French Toast Sandwich (banana & walnut glaze, topped with fresh strawberries and powdered sugar for $12.75). In his words: “yumm-ay”. Based on the bite I tried, I concur.

They are apparently known for their crepes.  The plain one that came with my meal was good, so I would imagine their more elaborate ones to be tasty as well. It was also nice to get away from the ‘touristy’ area. The next time I visit Santa Monica, I would go again and recommend it to others. 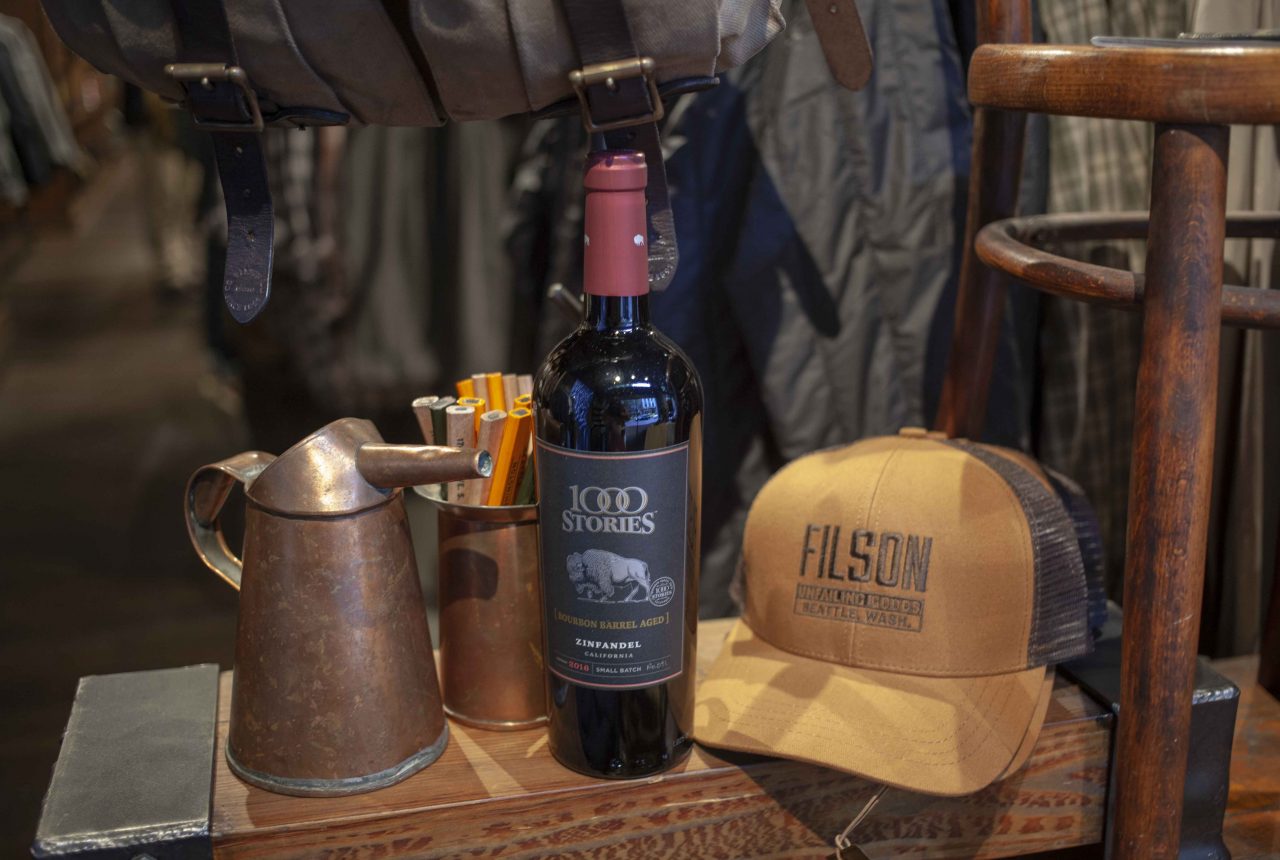