Kicking it back to our good old Hawaiian vacation. Besides myself, Brian and my aunt , the rest of my family members have never been to a lu’au. I did a little research and it boiled down to two – it just so happened that most people were saying that Chief’s Luau’s entertainment was that much better, so I went with them.

It was easy to order tickets online before our arrival (but more on that later).

Chief’s Luau is located on the Eastern part of Oahu, a little bit past Hanauma Bay, so it was relatively close to our condo. There was a nominal parking fee. We were there a little early and there is a waiting area that looks out into the gorgeous view of the ocean. 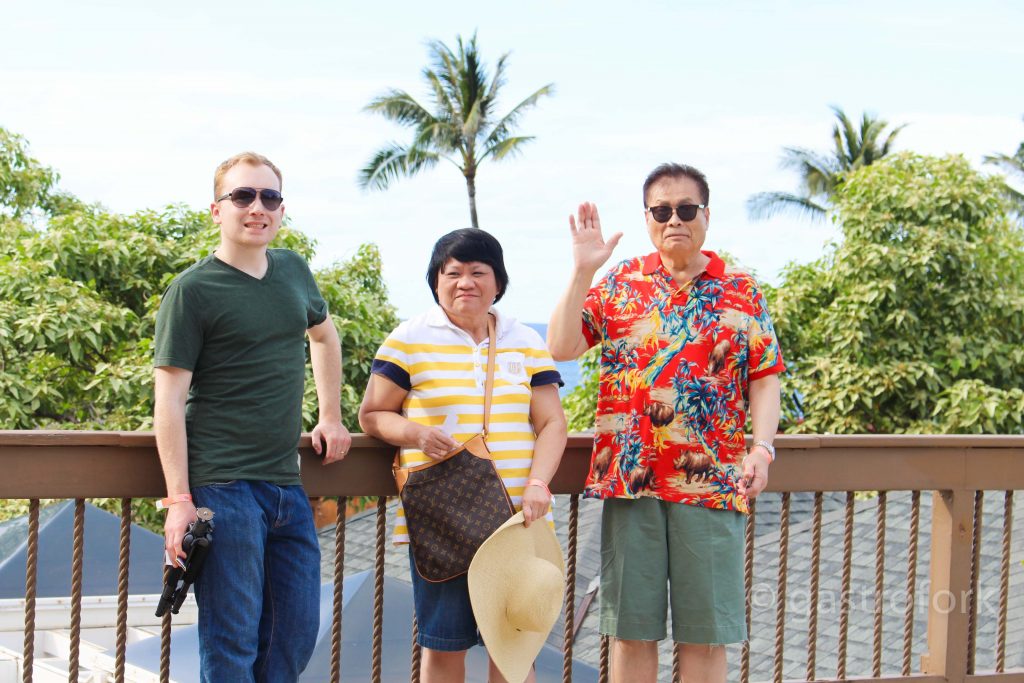 As with most lu’aus, there are certain tiers and the VIPs were led in first, then the rest of the crowd (us). We walked through part of the park (Sea Life Park) that housed the sea turtles, so we stopped for a quick picture.

We were then greeted by a lovely hula dancer who would bestow shell or nut necklaces and welcome us to the lu’au. 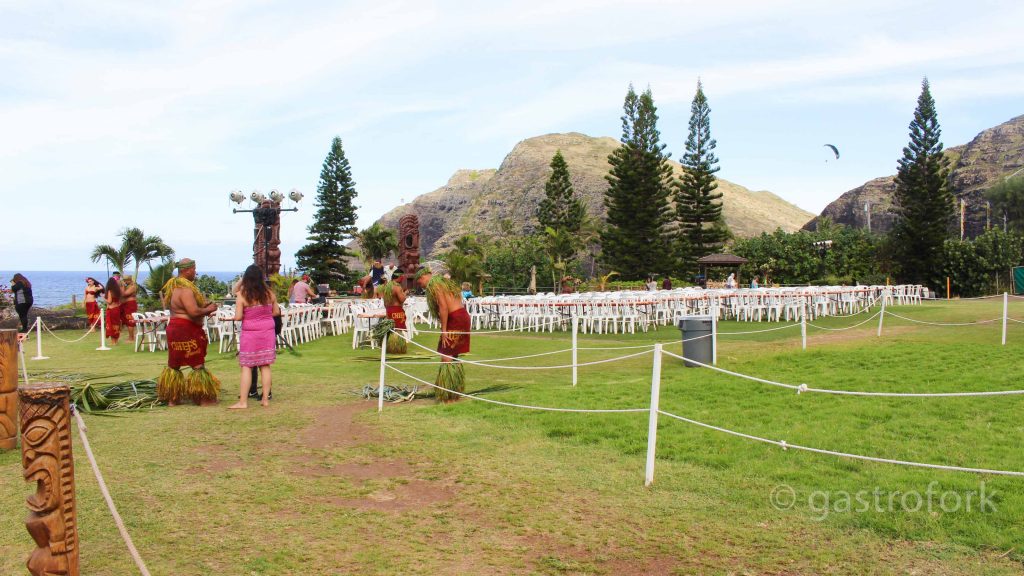 The lu’au had a decent sized stage and the long tables where we were going to eat and sit during the entertainment. There are small sections where guests can learn how to weave crowns made of leaves, buy some art, get a spray on tattoo, learn how to start a fire, etc. And prior to dinner and the show, they called on people to come and learn how to hula (fun!). 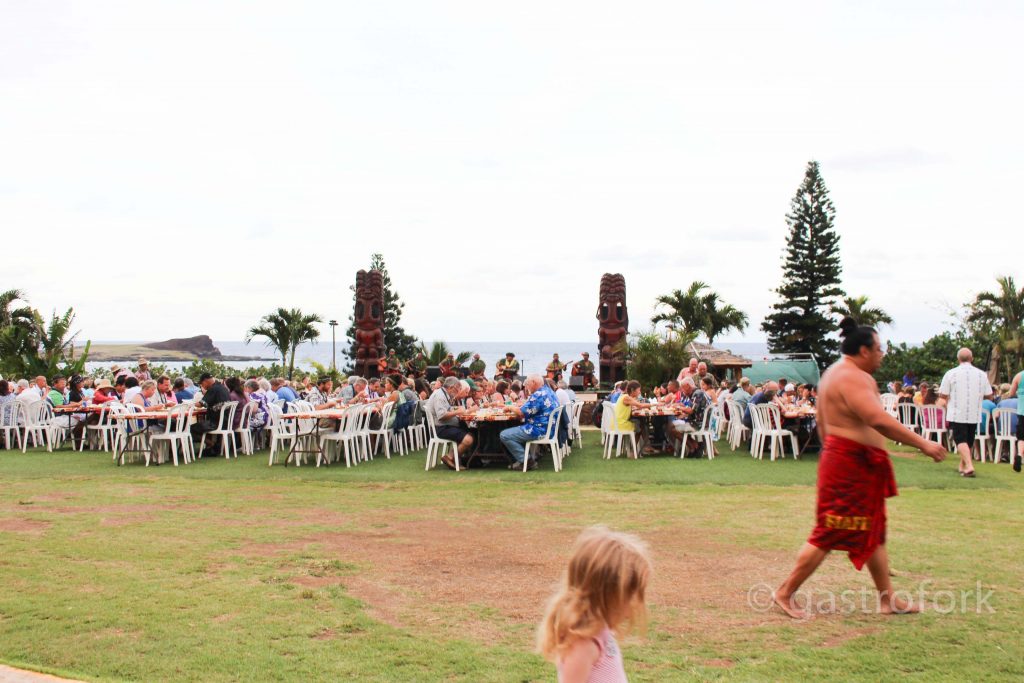 Although this was an interesting and immersive experience, it still felt commercialized – more like we were herds – but in Chief’s Luau defense, most lu’aus I’ve been have had the same effect on me.

The buffet was organized pretty well as they would invite portions of the tables at a time. The food was good, but average in general. You don’t really come to a lu’au expecting gourmet food. I think my favourite lu’au food has been Old Lahaina Lu’au in Maui. Perhaps in a bid to control portions, each plate has their own little sections – but it didn’t really stop people from loading up (which is something you should do when going to large buffets, in my opinion).

What I really enjoyed was the entertainment portion of the evening – and I think my entire family would agree. There wasn’t too much of a history lesson like other lu’aus but it was more focused on the entertainment aspect. They had a good pace of having slower hulas and performances and then kicking it up a notch with the fire dancers. I really enjoyed the performances go from female to male – with men not doing just Hakka and fire dancing but also hula as well, they were all very talented. The traditional dances spread from the islands of the Hawaii, Tonga and even to New Zealand. 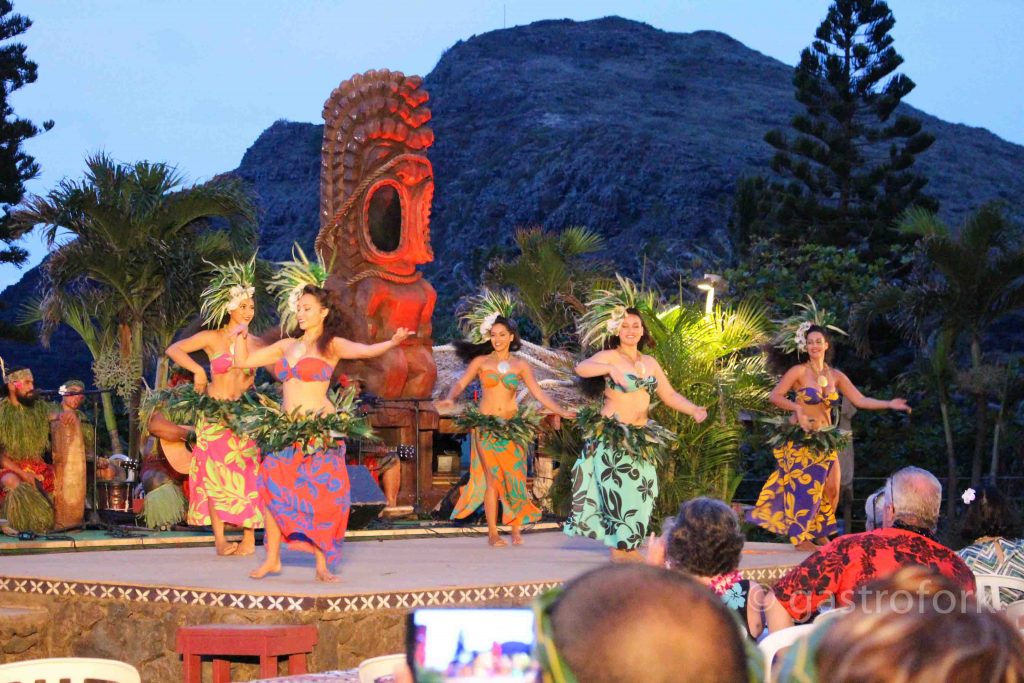 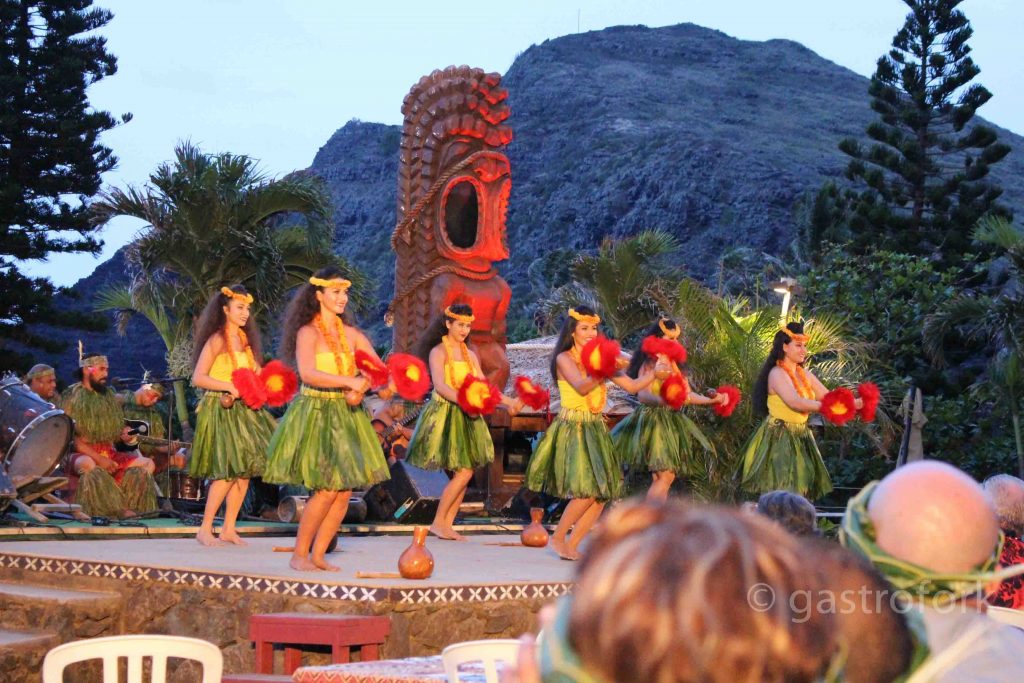 Before the fire dance, they turned on the lights and asked if anyone was newlywed or celebrating a wedding anniversary. There were many people who went up on stage – including my sister Nathalie and her husband Josh who are newly weds! And what was admirable was that they took a moment with every couple to congratulate them and get to know how long they’ve been together. I was also impressed with how they handled a couple that had the woman in a wheelchair – a couple of the fire dancers came over and lifted her wheelchair onto the stage. 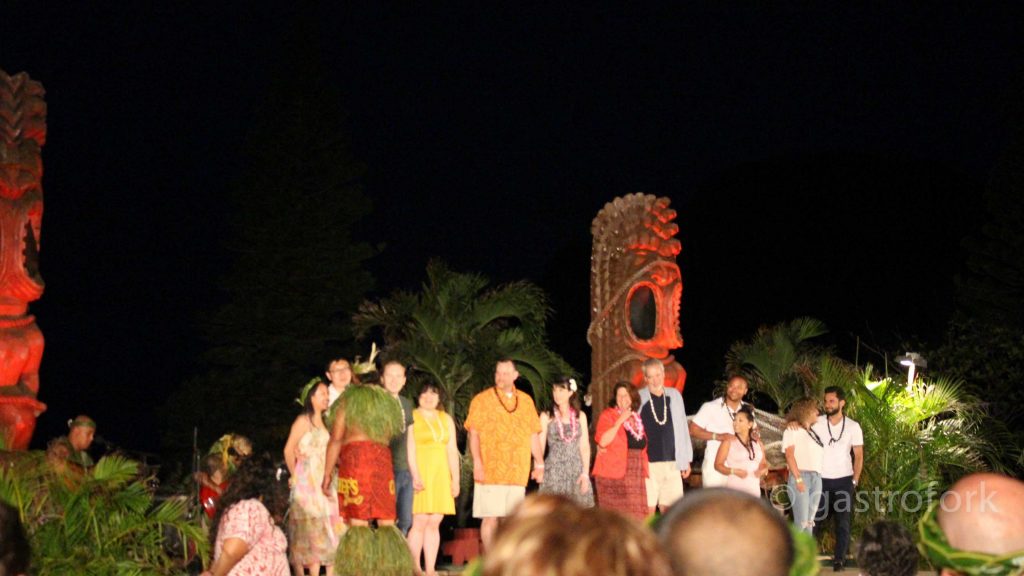 They also invited some of the guests to participate in challenges on stage and we all had a good laugh. The chief emcee was fantastic and hilarious the entire time, we were all very entertained by his quipping and jokes throughout the entire evening. 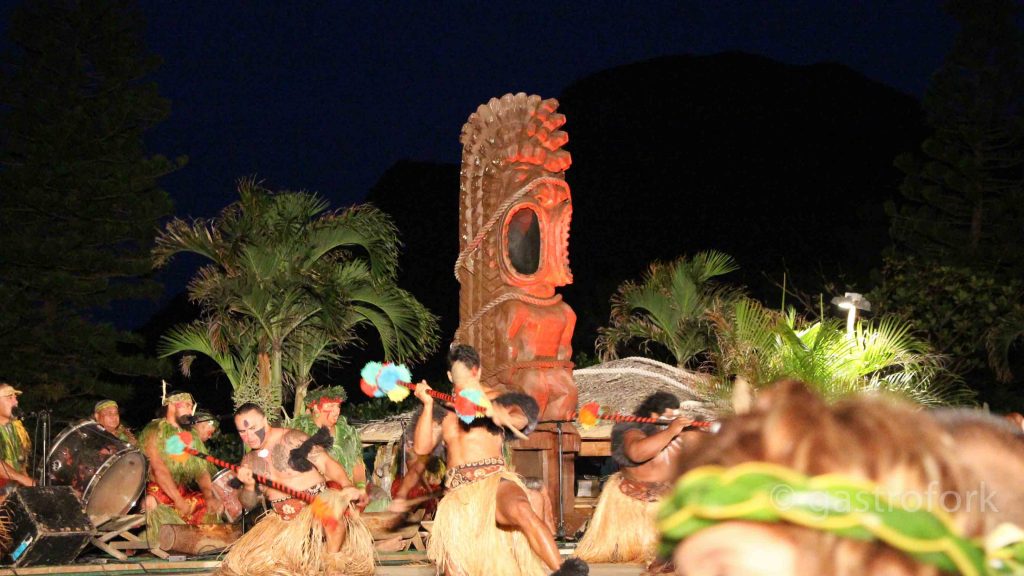 Of course they closed off the lu’au with the fire dancing which was phenomenal. I was amazed and also kind of scared for the dancers – as there were so many of them on stage! But they are super professional and fantastic and it’s just so difficult to describe, its something you’ll have to see for yourself.

After the lu’au was over, the performers were chatting with some people in the crowd and taking photos.

Overall, I had a wonderful time at Chief’s Luau and my family had a good experience. The entertainment alone is worth the visit, but the view is also fantastic as well.

The only thing that put a damper on this experience was a problem with payment – when we came they said that one of the tickets was cancelled and it was never cancelled on my end, but she insisted it was and so I ended up paying once again. When we arrived home, we were charged twice still and going between the administration at Chief’s Luau was frustrating because they were saying that there was a cancellation but there was none. They weren’t very pleasant dealing with this problem and we ended up having to call our credit card to reverse the charges twice as the administration didn’t want to deal with us anymore.

Would I come back to Chief’s Lu’au? I’m going to say no, it’s not just the way they handled their customer service – it’s just that I feel that once you’ve done a lu’au, you check it off your list of things to do in Hawaii and that’s about it. Would I recommend it to people? I’d say I did have a good time entertainment wise but wished I had a better experience with their customer service. 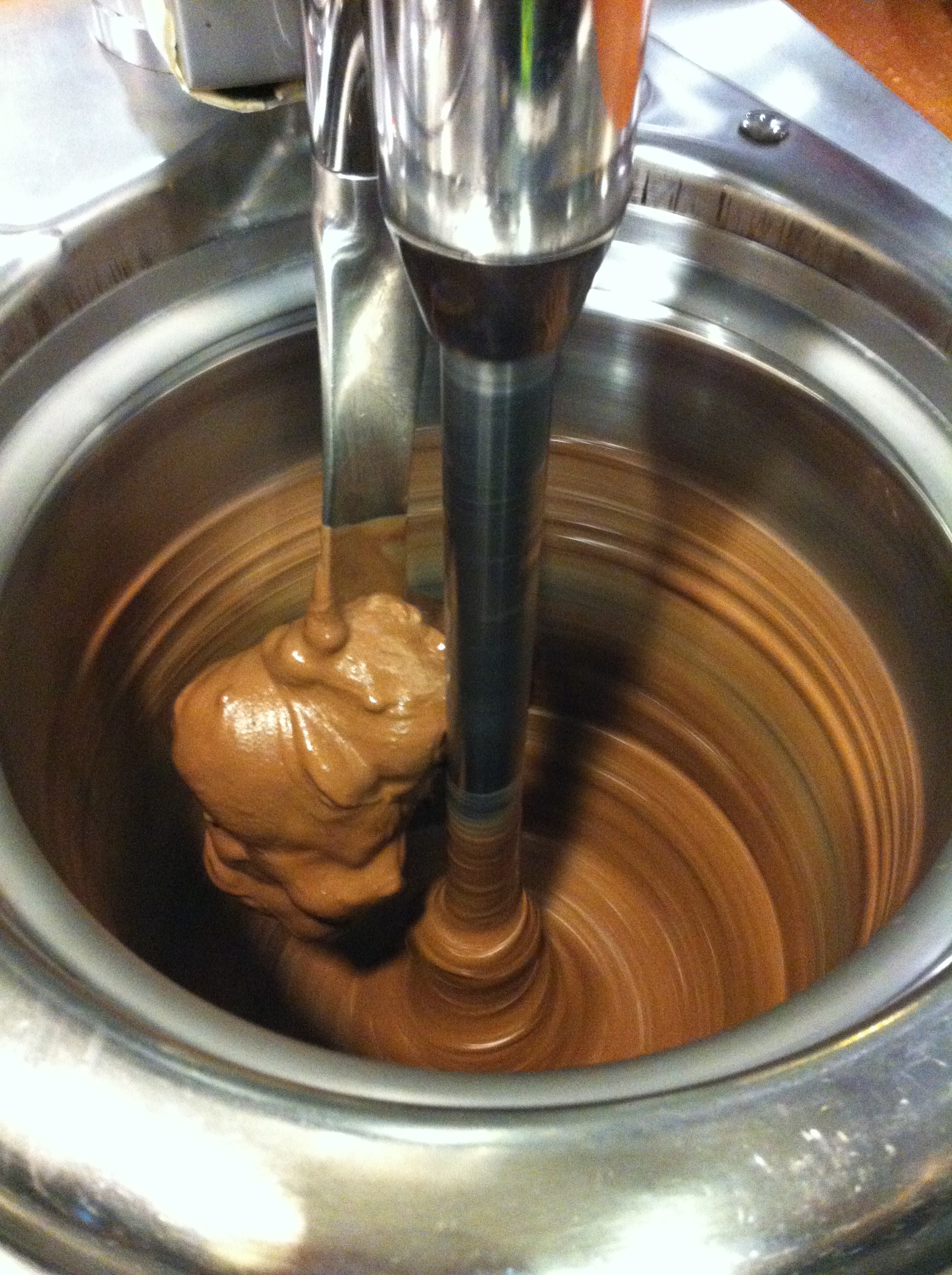 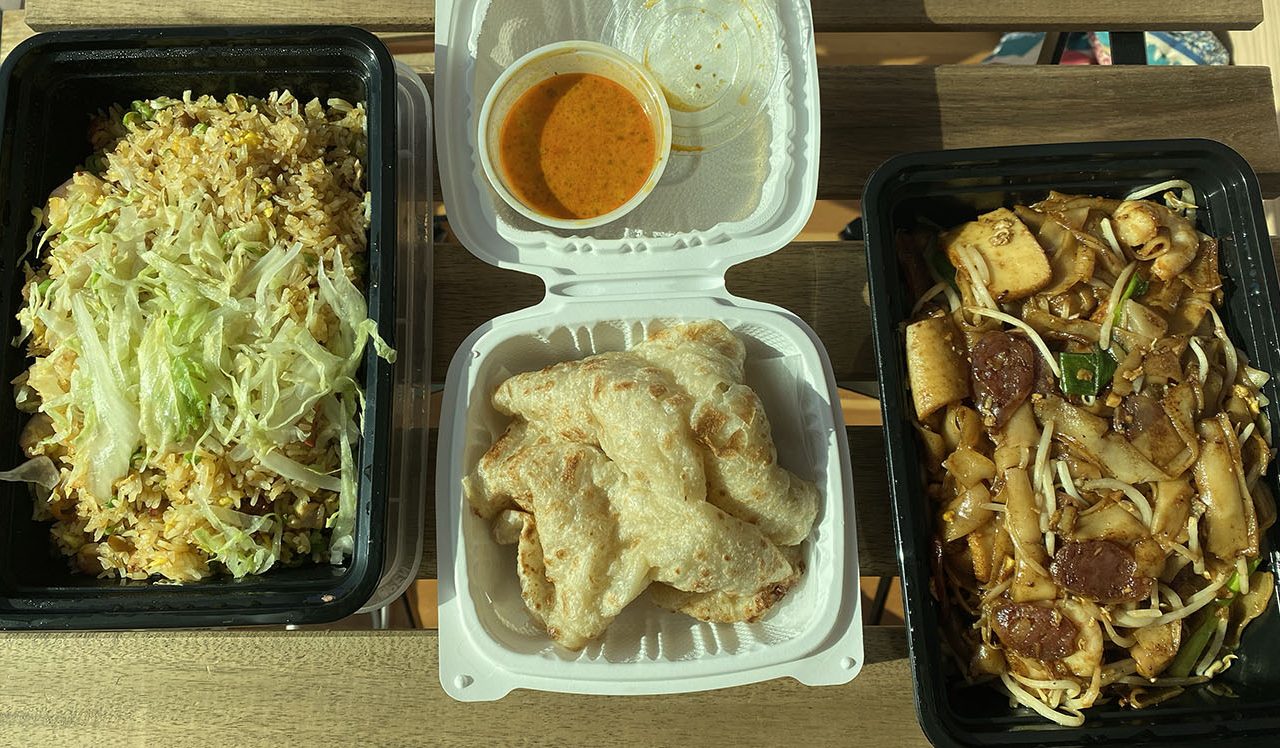