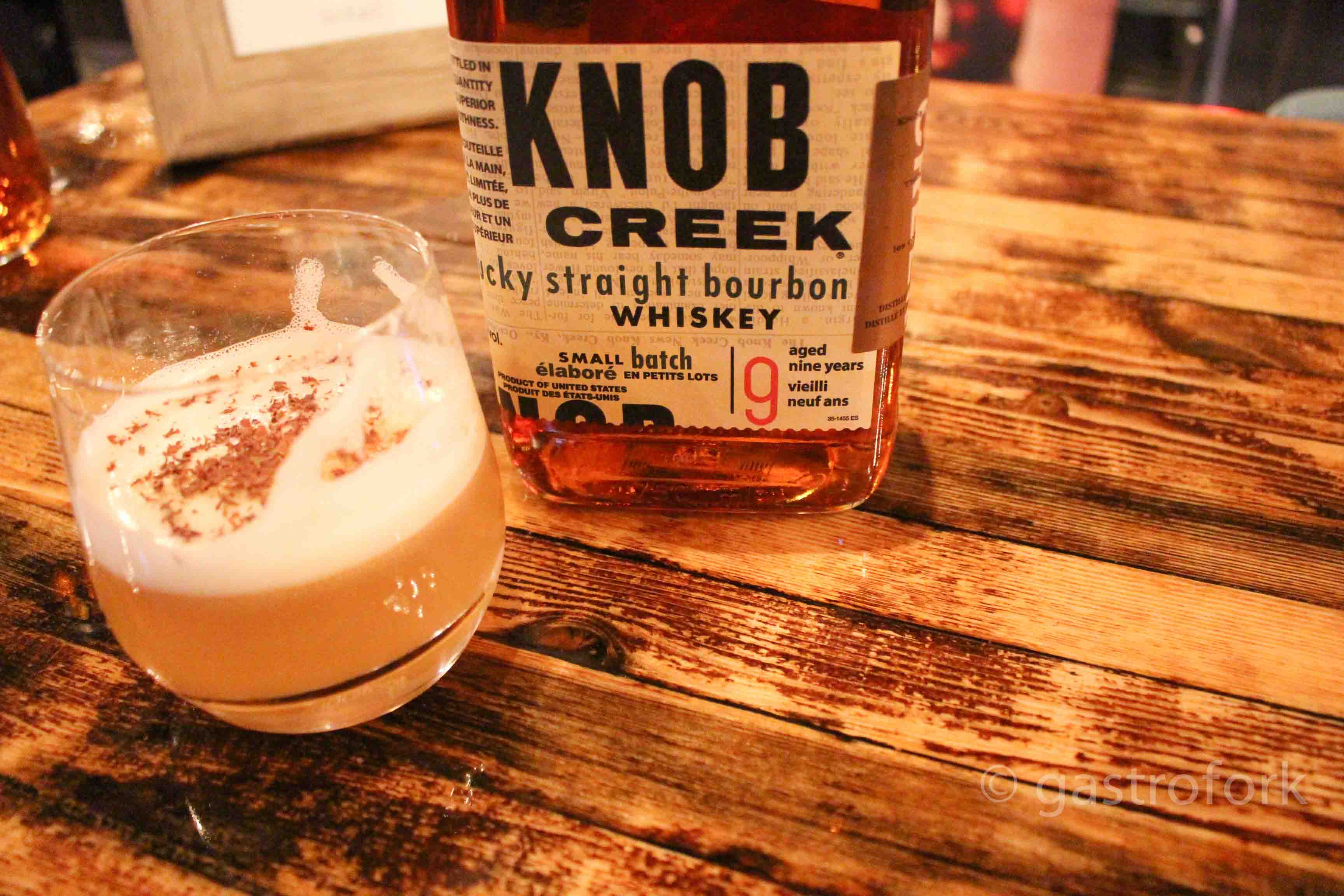 A couple weeks ago, I was invited to learn a bit more about bourbon by Knob Creek at Dixie’s BBQ. We started off with a Smoked Peach Bellini that featured Knob Creek, peach puree, chocolate bitters, prosecco and alderwood smoke. 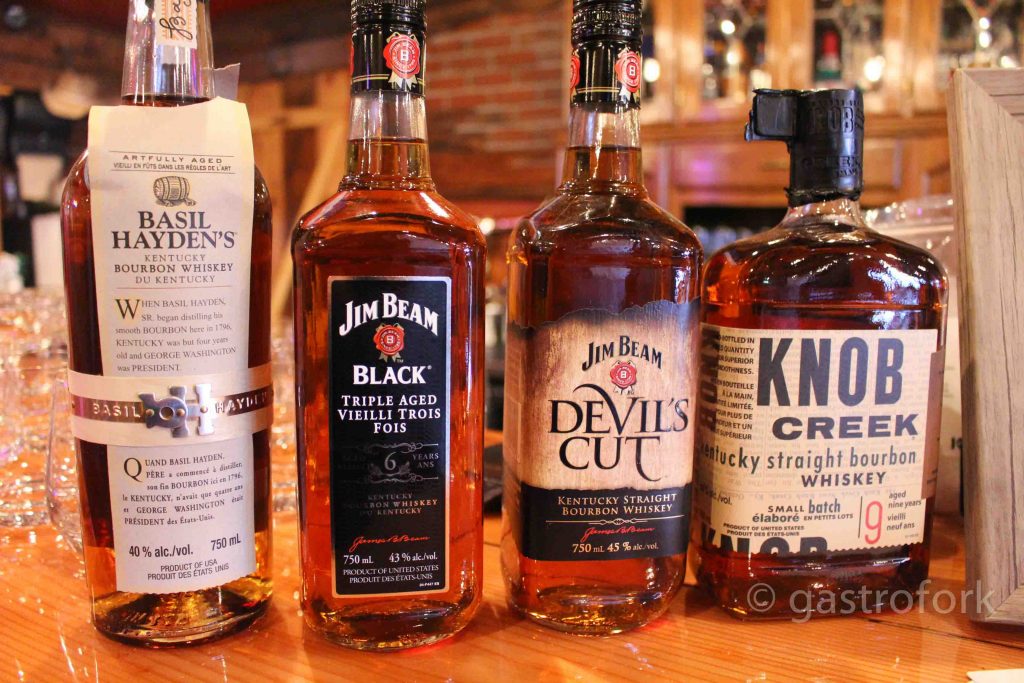 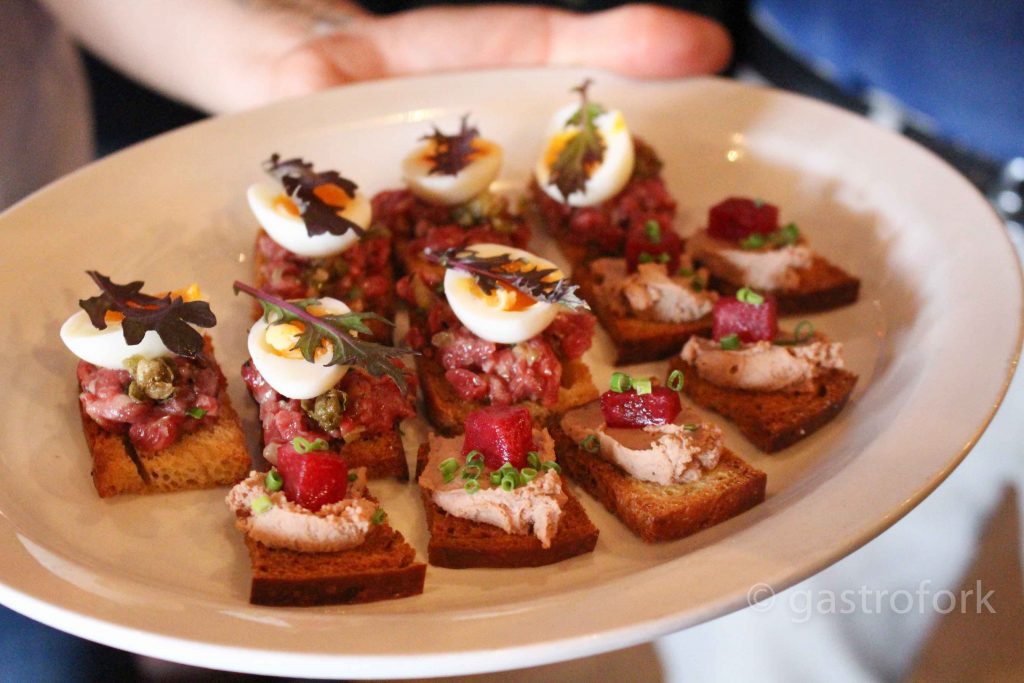 We were then walked through a quick history of the Beam Suntory lineup including Knob Creek, Jim Beam’s Devil’s Cut and more with Whiskey Chef Matt Jones. Here are some of the highlights I learned from that evening:

-all bourbon is whisky, but not all whisky is bourbon. bourbon must be made with at least 51% corn

-after bourbon barrels are used once, they can no longer be used for bourbon again (they’re mostly sold to scotch producers)

-Bourbon is named after the House of Bourbon, an extremely influential French dynasty 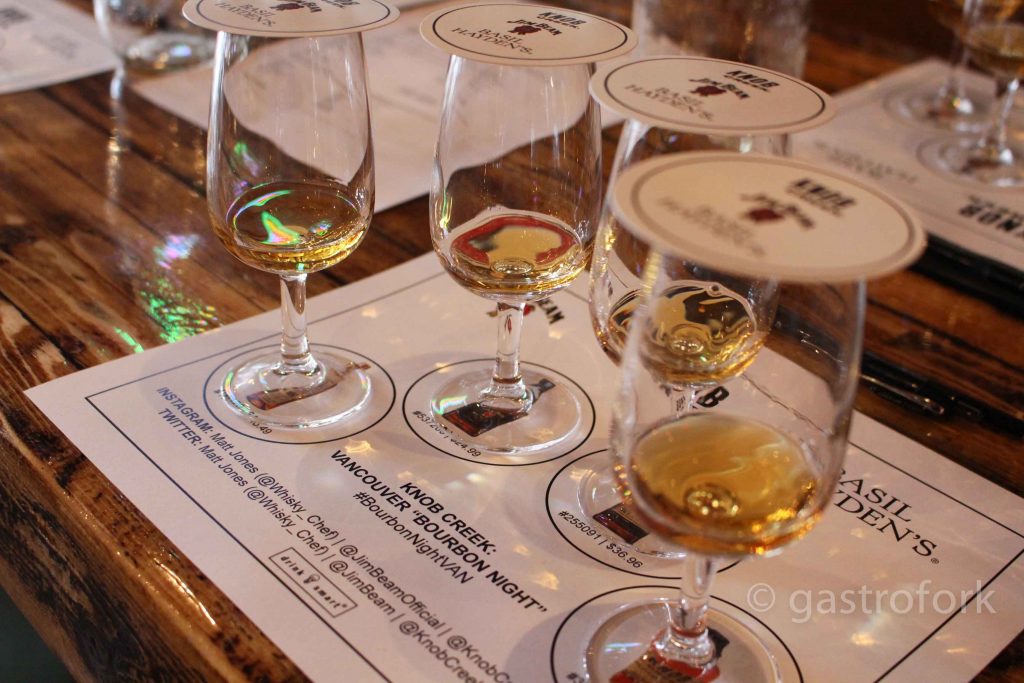 -Not all bourbon is made in Kentucky – there’s plenty of producers around the world including Canada, Japan, Ireland to name a few 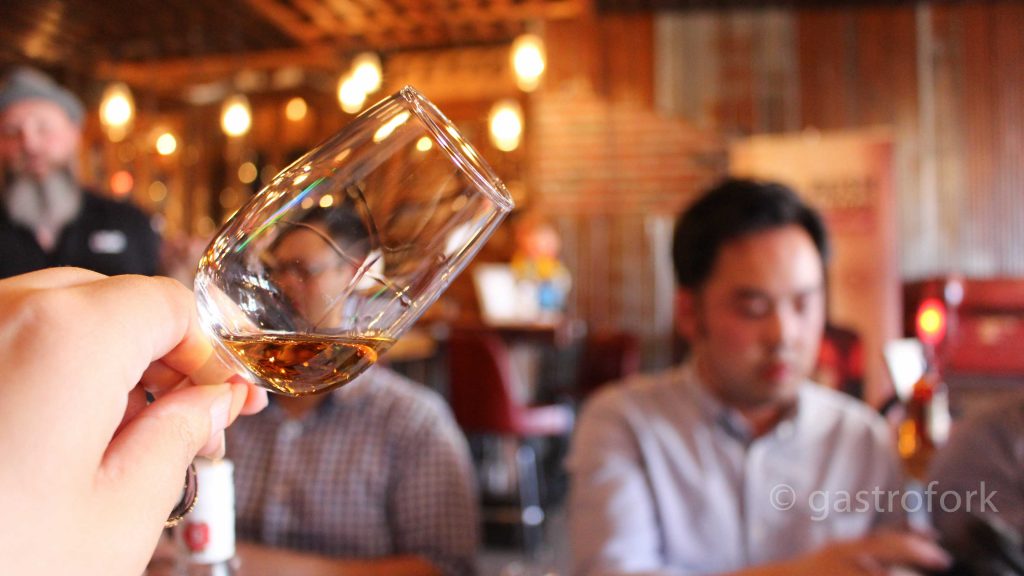 The two I appreciated the most were the Jim Beam Devil’s Cut and Knob Creek. 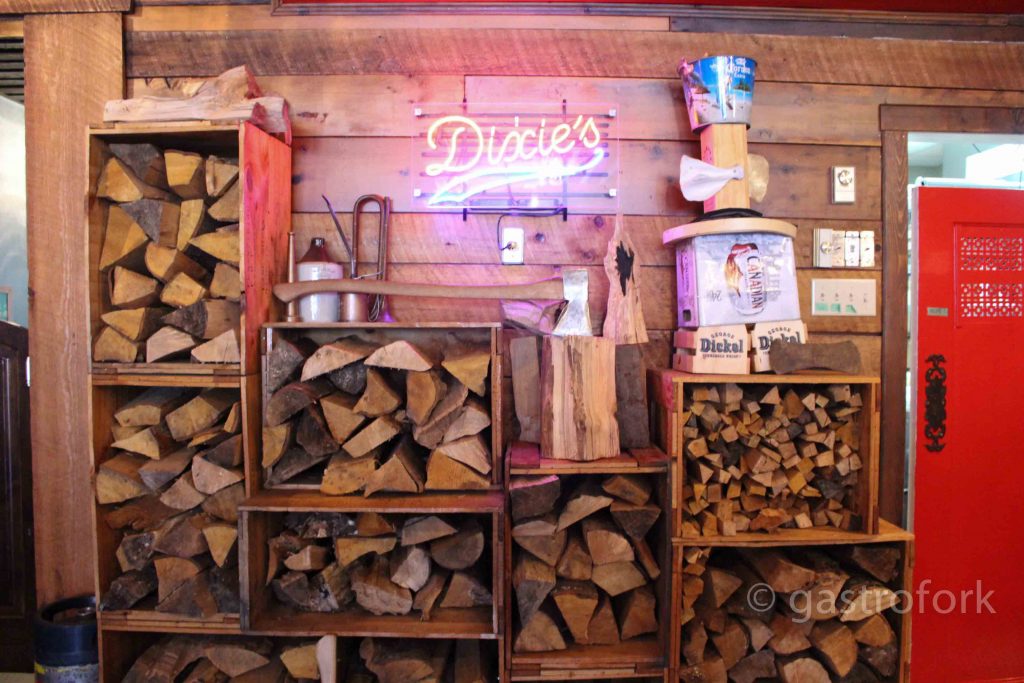 Jim Beam Devil’s Cut is essentially bourbon that has stayed trapped deep inside the bourbon barrels that gets extracted. This “leftover” bourbon is then blended with extra-aged bourbon and bottled at 90-proof. Not only does it have an interesting origin story, it is quite nice on the palate. I tasted a slight hint of oak and some vanilla flavours. It’s enjoyable on it’s own, but I’d imagine it being tasty as a mixed drink as well. 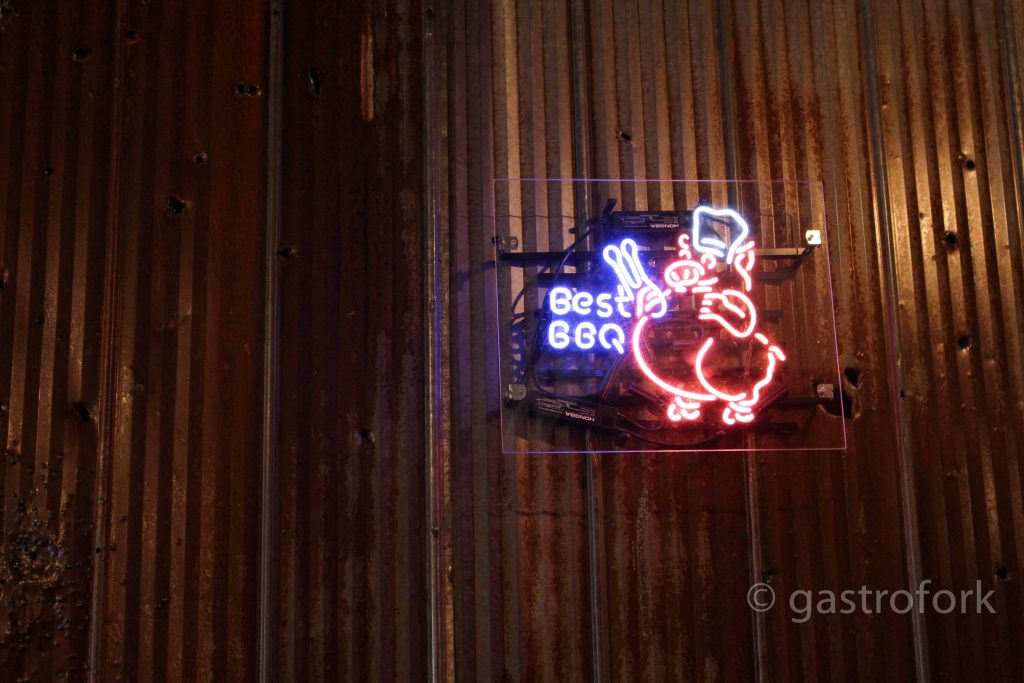 Knob Creek was another highlight for me that evening. Knob Creek takes it back to a pre-prohibition era when bourbon flavours knocked you in the face with flavour. Crafted in limited quantities and aged 9 years, it’s bottled at 100 proof. Fun fact as to why the bottle is shaped as it is: the bottle takes after a custom of being able to lie flat and wrapped in newspaper to hide it’s contents.

During the event, we were treated to a sit down dinner courtesy of Dixie’s BBQ. I was kind of hoping for BBQ, but our meal was just as good. 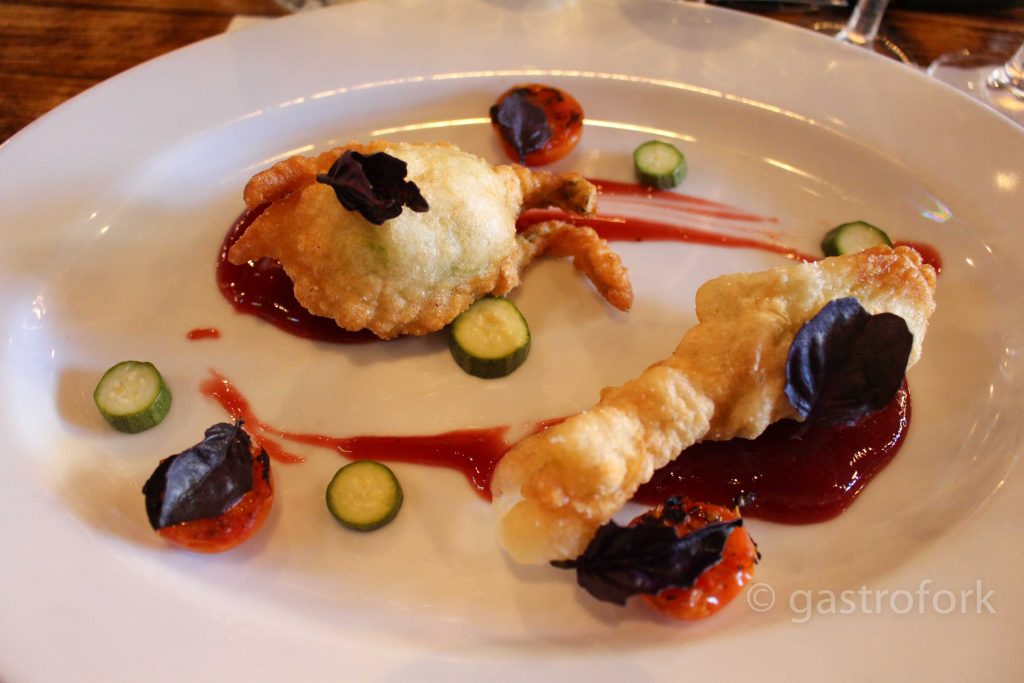 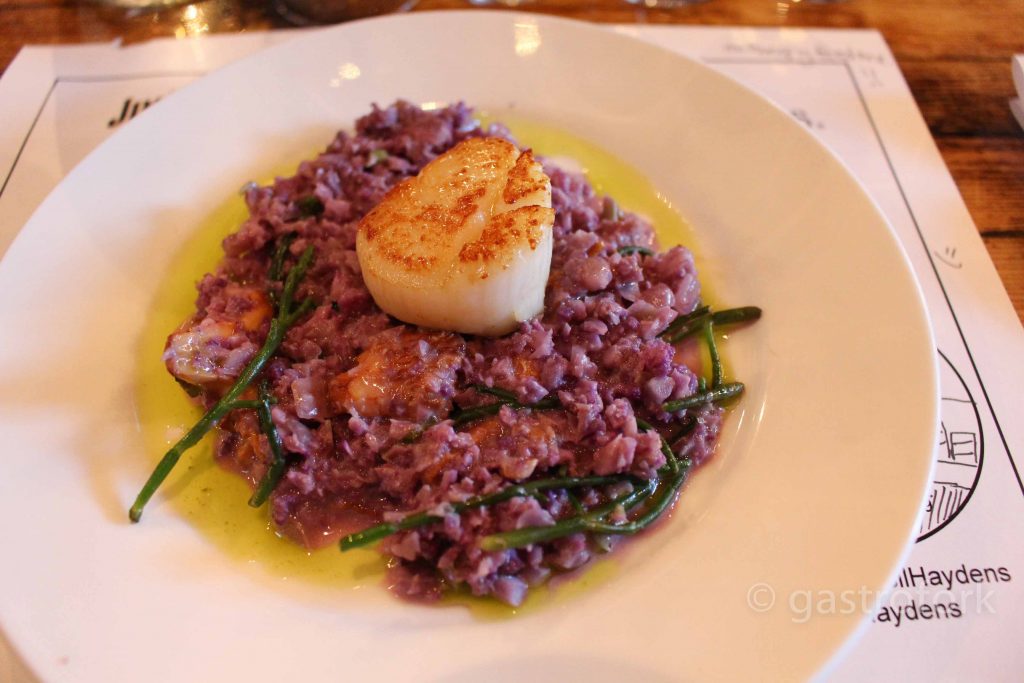 Purple cauliflower risotto seared scallop. Never thought I’d have cauliflower this way, it was an interesting dish – though the pop of colour is what I liked most about it. 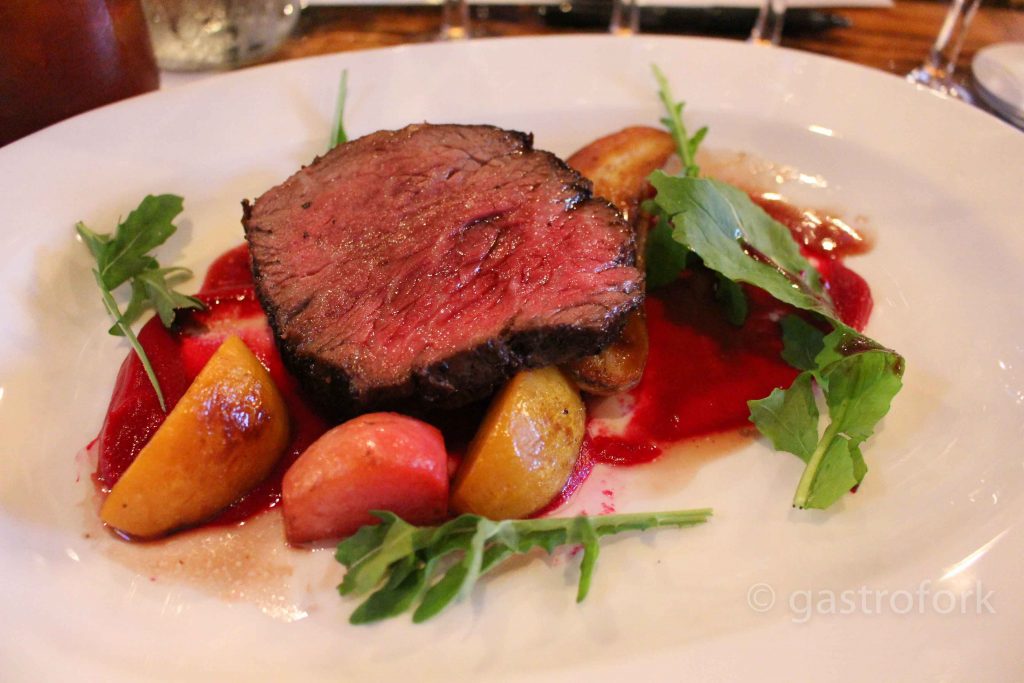 Grilled beef, mixed beets, purple fingerlings, arugula and smoked bone marrow jus. One of the highlights of the evening, it was so tender. 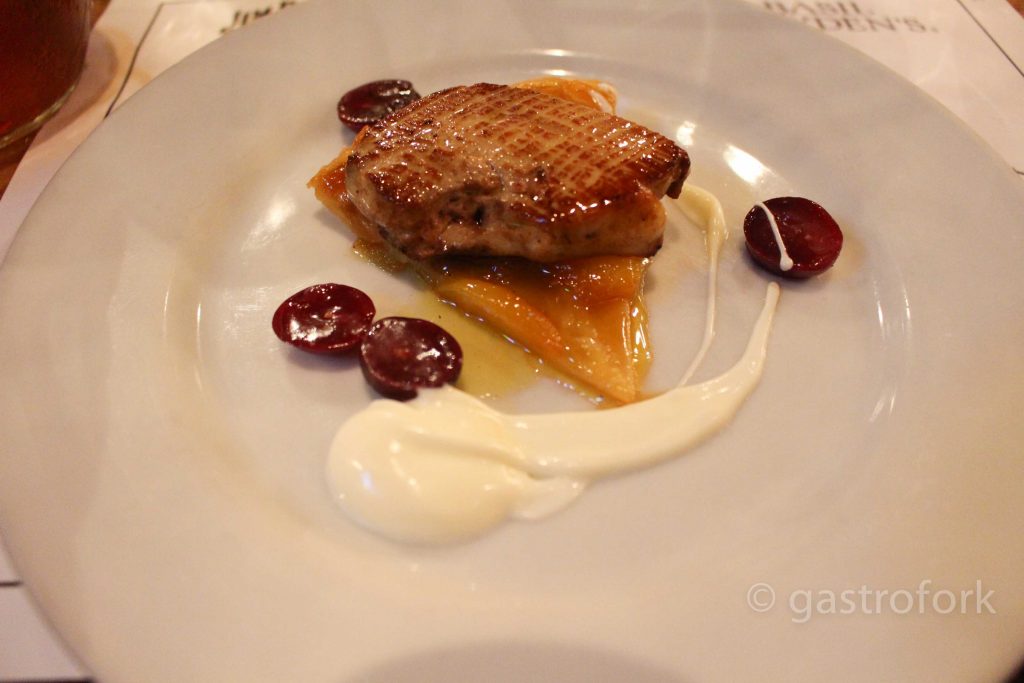 Dessert was peach tarte tatin with seared foie gras, pickled concorde grapes and orange crème fraiche – by far my favourite dish of the evening. The savoury with sweet again was just a delicious combination. We also had a chance to create our own cocktails, so let me introduce you to mine – the Sweet Devil: 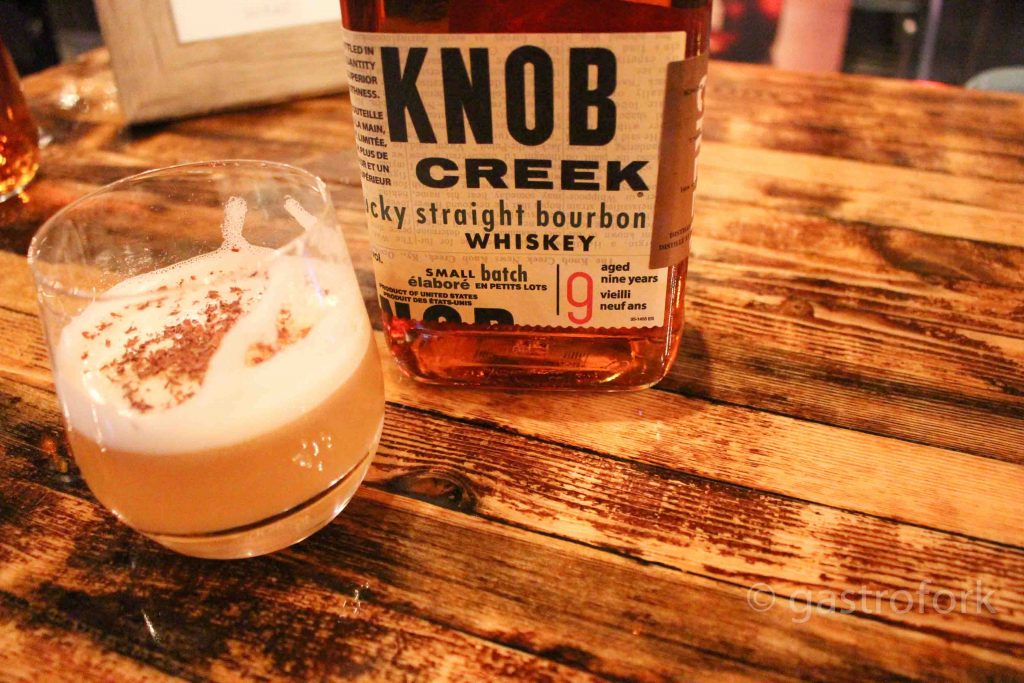 I tend to like my drinks with a punch of flavour and I love sweet and spicy foods – thought this would be an interesting combination! If I could add anything to it, I’d probably add some fresh jalapeno peppers into the mix for extra bite! Check out the fun I had at the Bourbon Tasting night on Youtube below: