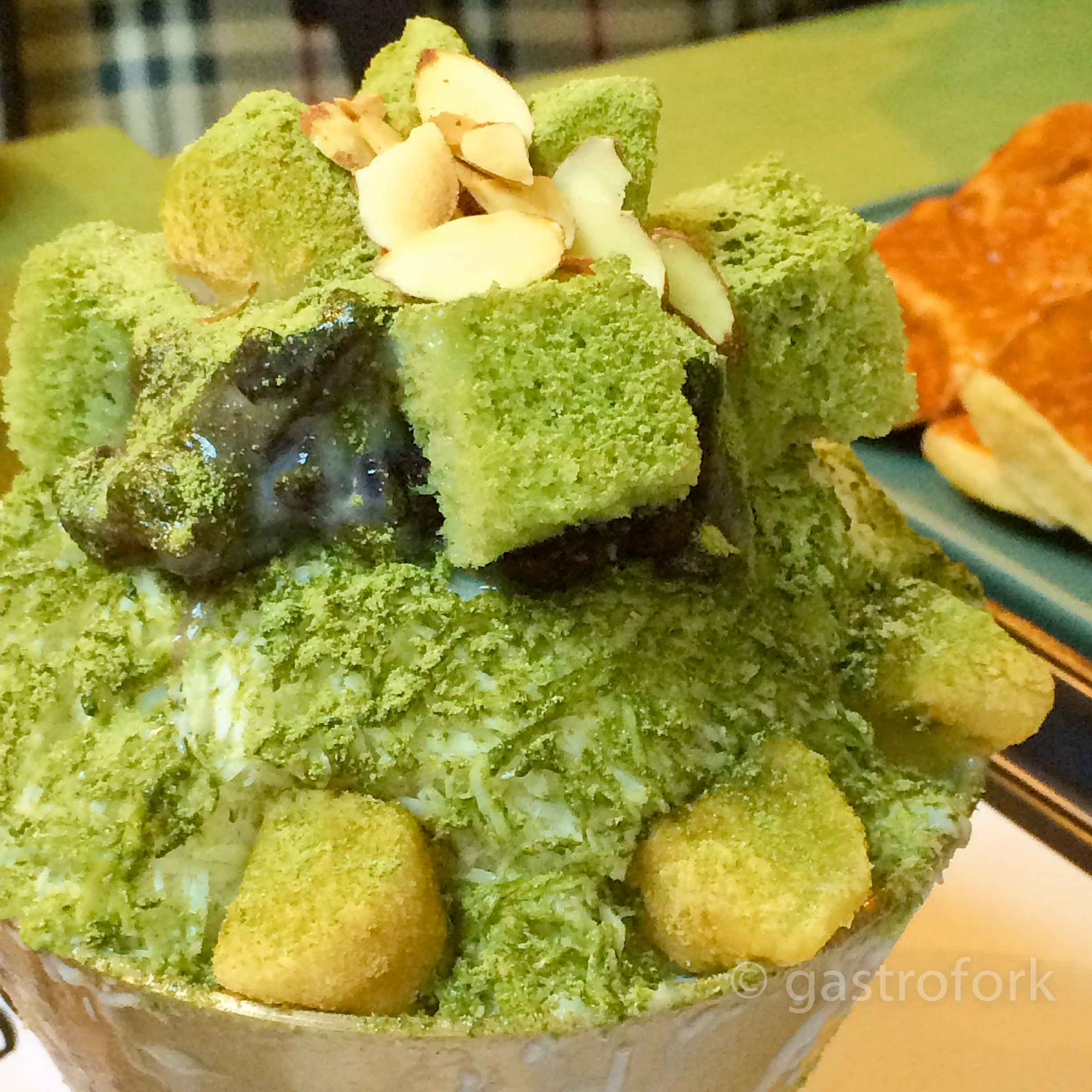 Shaved ice no matter which way you say it – Halo Halo, Patbingsu, Baobing, Hawaiian Shave Ice is in essence just ice. But there are so many different ways to present it and mix the ice that you can go to different countries and have an entirely different experience.

Snowy Village recently opened up in Richmond to an overwhelming amount of enthusiasm, that they’re having trouble accommodating all their customers – that’s why you’ll see a lineup every time you walk by.

When we arrived – and by we, I mean Diana, Amy, Kirsty and Curtis (make sure you check out their posts too!), we were rudely handled by one of the staff. Without going into too much detail – we were asked to wait outside despite the rainy and windy conditions while other groups before and after us were allowed to stay in. Their excuse? Fire code says they can only have 20 people on the premises – although it’s safe to say there was well over 20 people inside. In addition to this, they totally missed our names and seated a group before us – which is one of my biggest pet peeves as a diner – this shouldn’t happen to anyone. ever. People can shrug it off and say “It’s Richmond.” – and yes, for the most part I too can shrug it off and lower my expectations when it comes to customer service but this particular situation where we waited over an hour only to be overlooked just cannot be justified.

In any case, they need to have a better system with dealing with the influx of customers. I think the best way to deal with this is to take people’s names and numbers down so they have time to roam and when it’s ready, they can come back. Of course, there are flaws in that system as well but there are work arounds as well.

Ok back to the review. When you are finally seated, you go up to the counter and order. Thankfully (and surprisingly) Snowy Village takes debit, so no need to worry about bringing cash. They have a case that displays all their snowy ice offerings, so it’s easy enough to point to what you want or decide which one looks the most appealing. 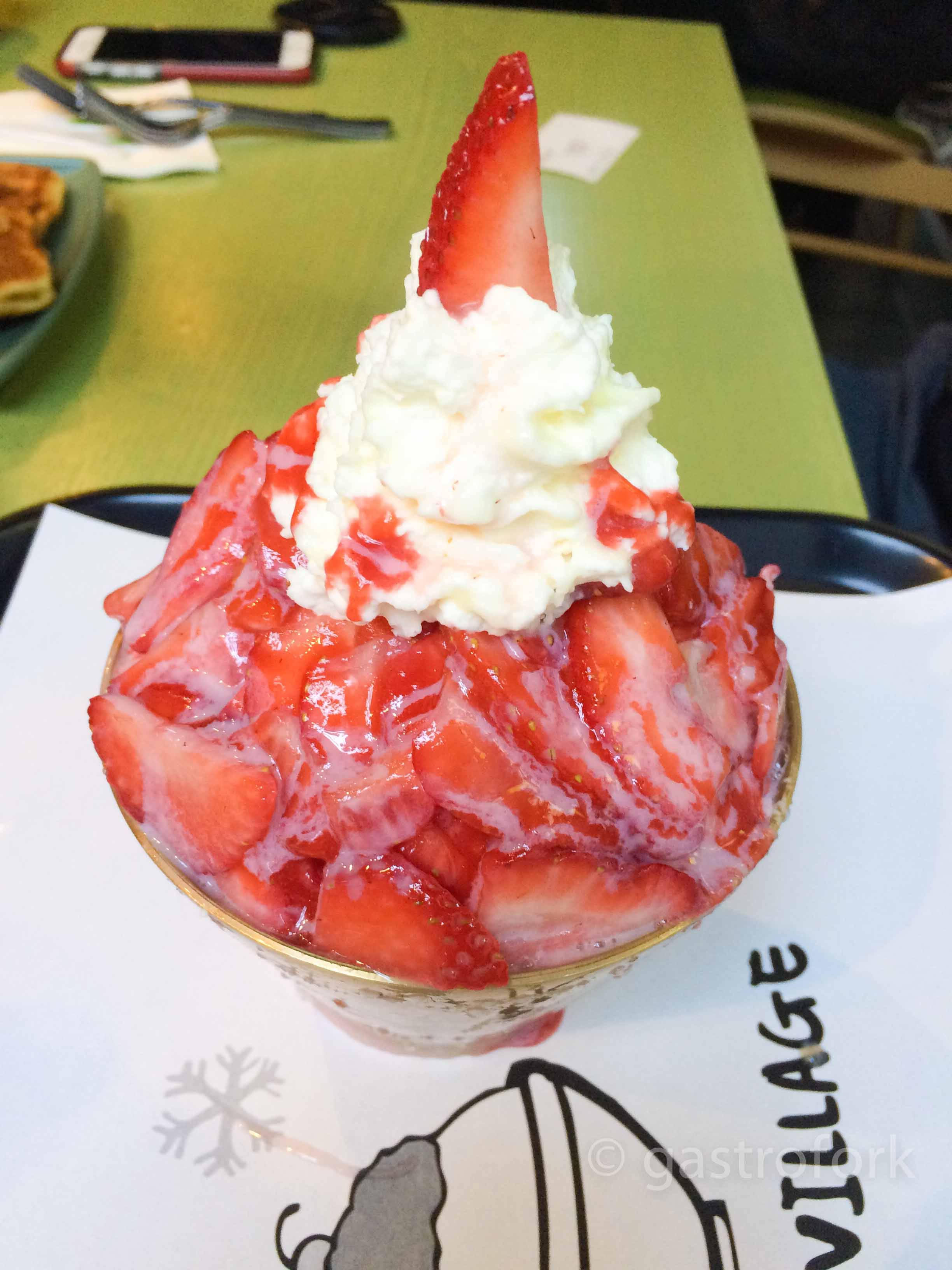 I think the flavours we ordered were a good selection. The regular sizes are a good size, enough to share between two people. There is a good portion of fruit on the top of the bingsoo. The green tea bingsoo has mochi and cake mixed into it which provides an interesting texture. I think my only issue with the bingsoo is that it’s fantastic on the top but since it’s just mostly shaved ice underneath it (the dish is 80% shaved ice- there is a little bit of fruit underneath), it gets pretty tasteless after you go through the fruit or toppings (unless you mix and save some of it for later). 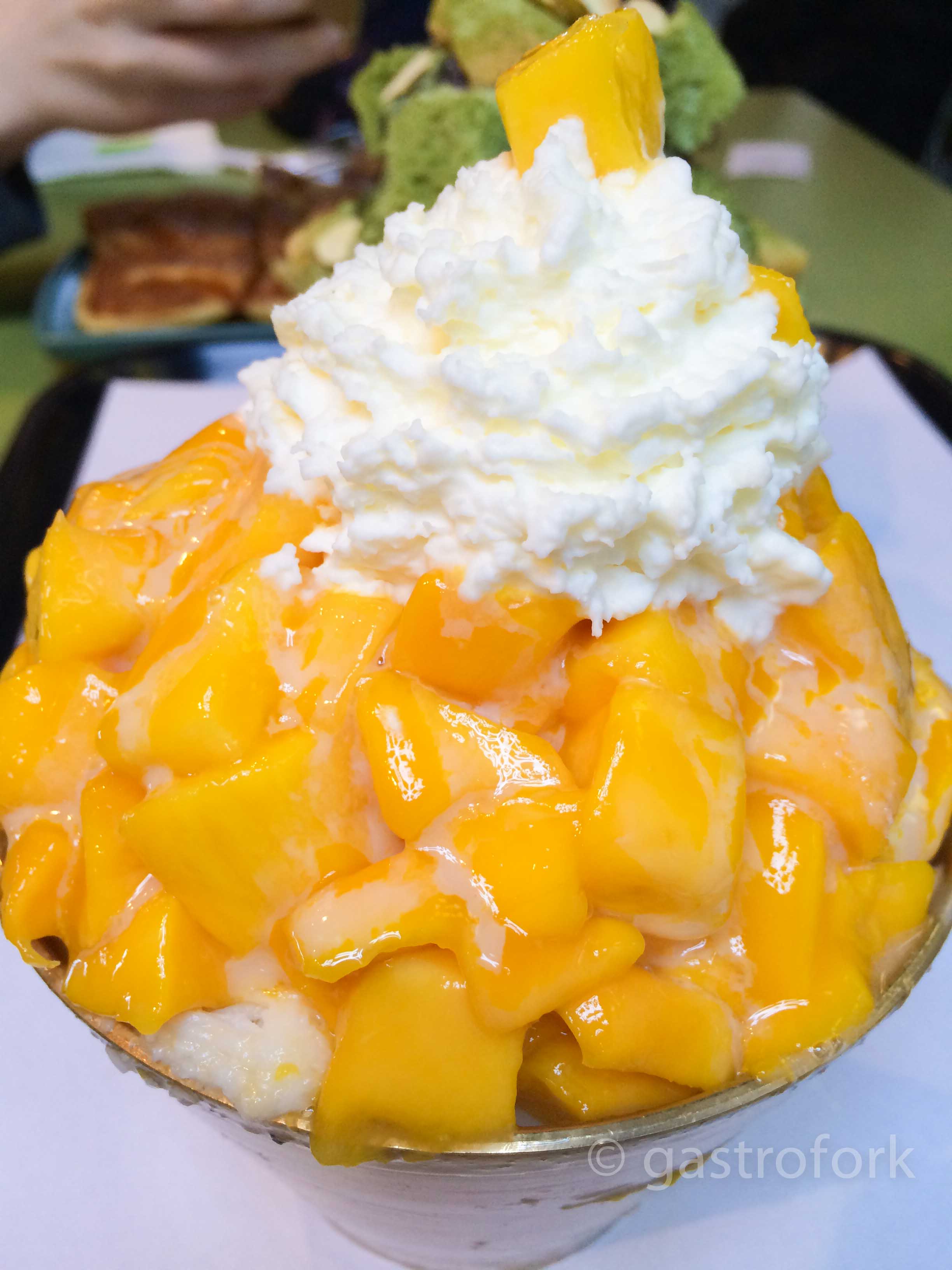 I love Taiyaki and this was an interesting way to serve it – it’s essentially your choice of filling sandwiched between two croissants. While it made for a nice, buttery taste – I feel like it was lost in the unevenness of the grilling – along with the filling inside. The nutella was the only one that seemed to have a definite taste to it. 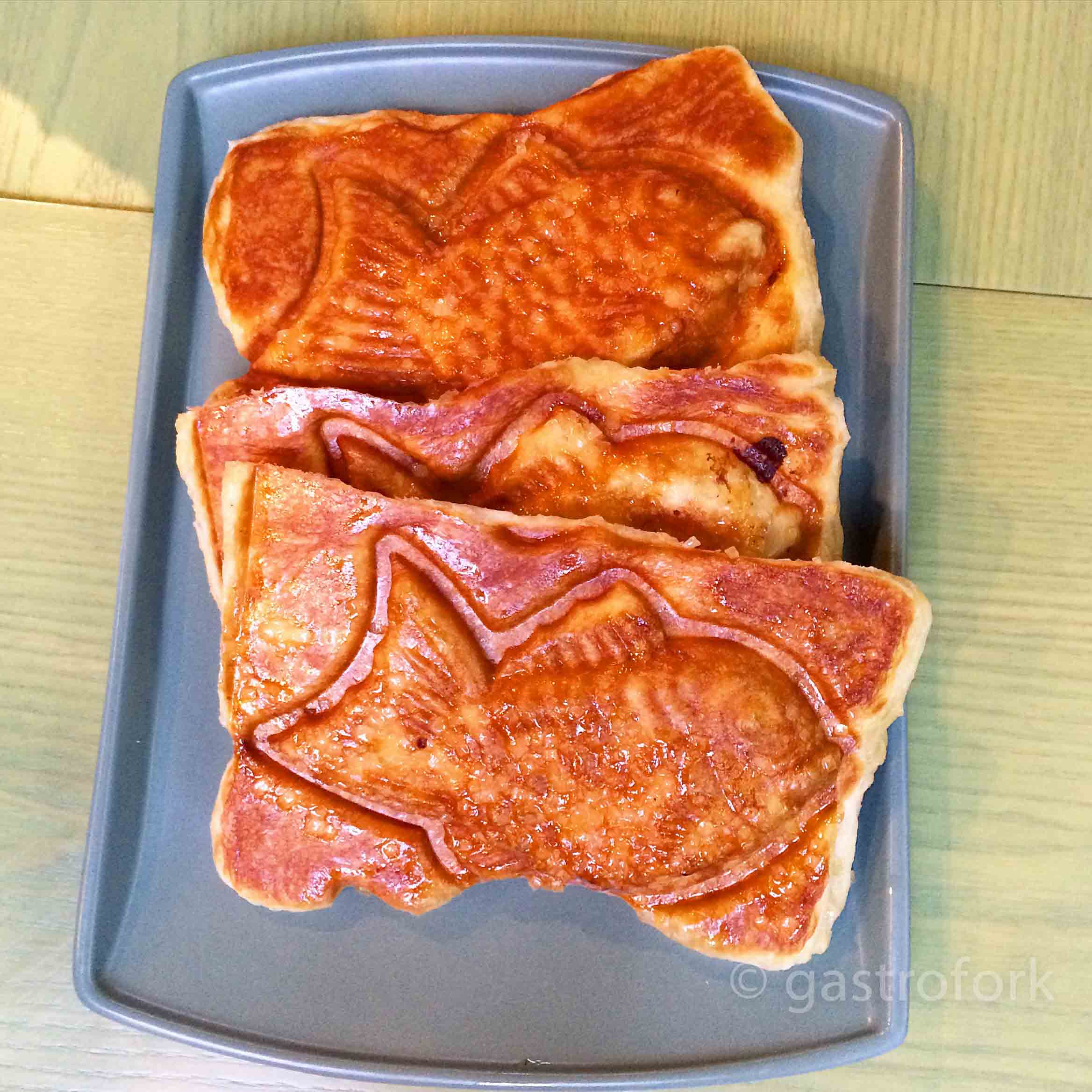 It sounds like Snow Village Dessert Cafe will be opening another location on Robson street shortly – hopefully they can work on their processes to speed up the service and provide a more pleasant experience. 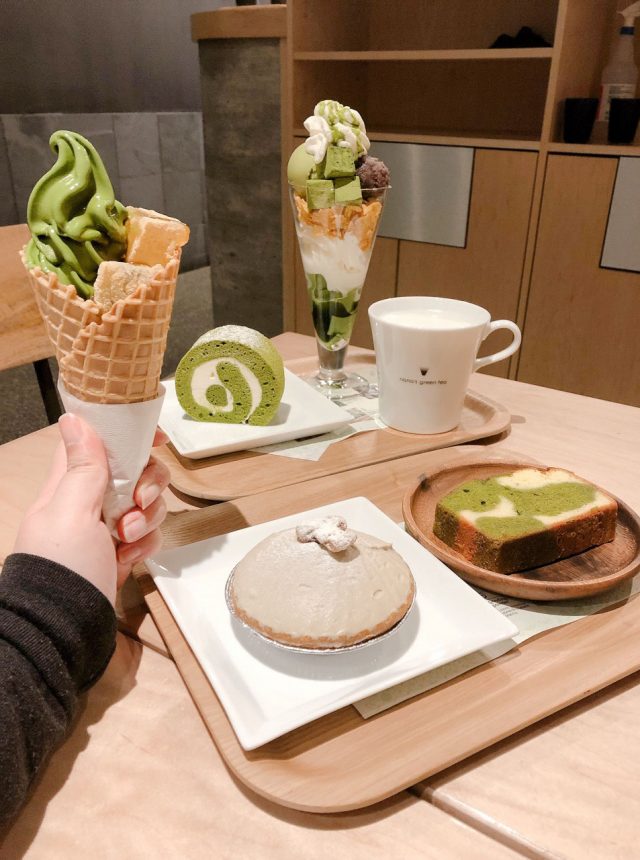 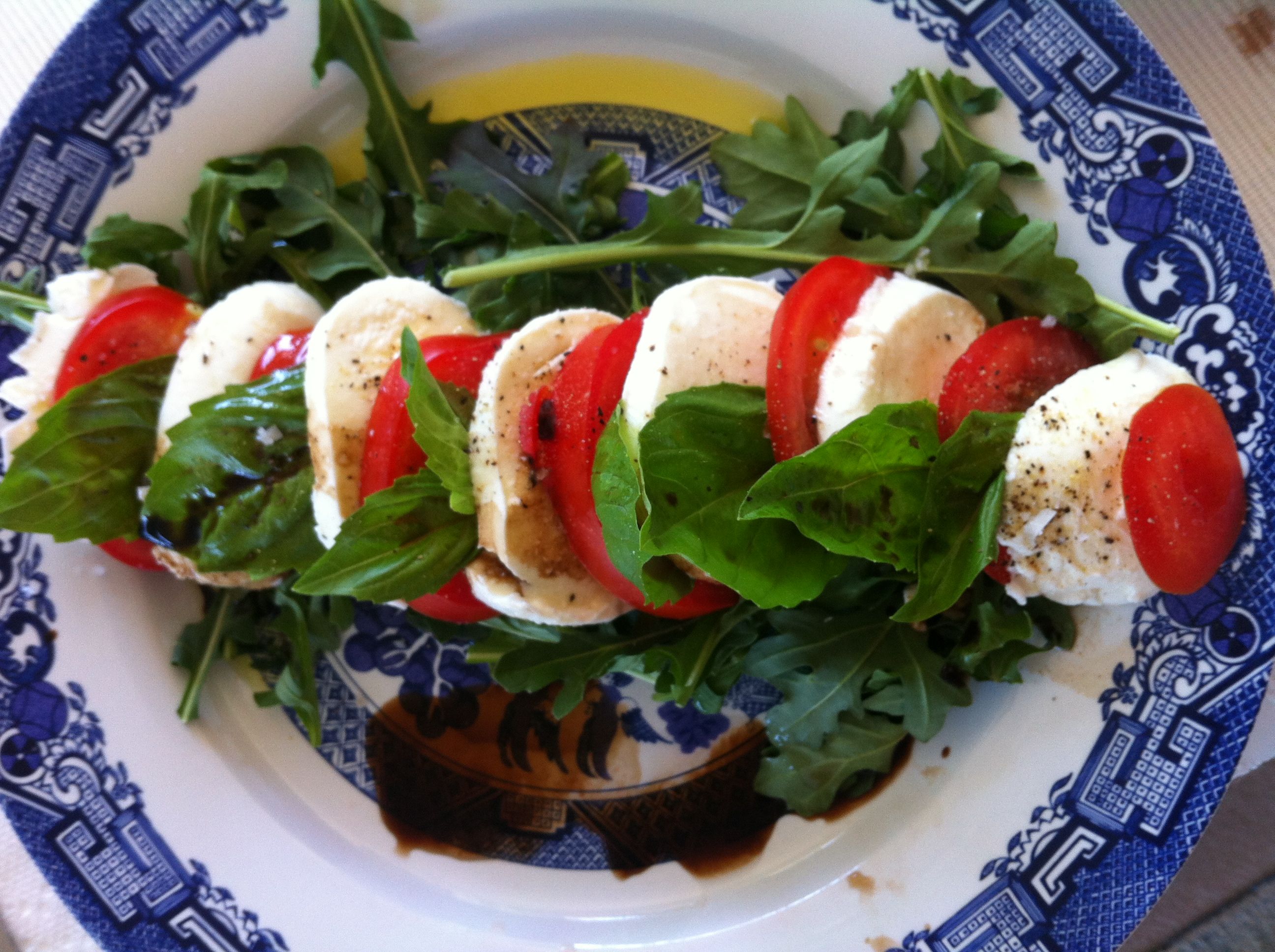 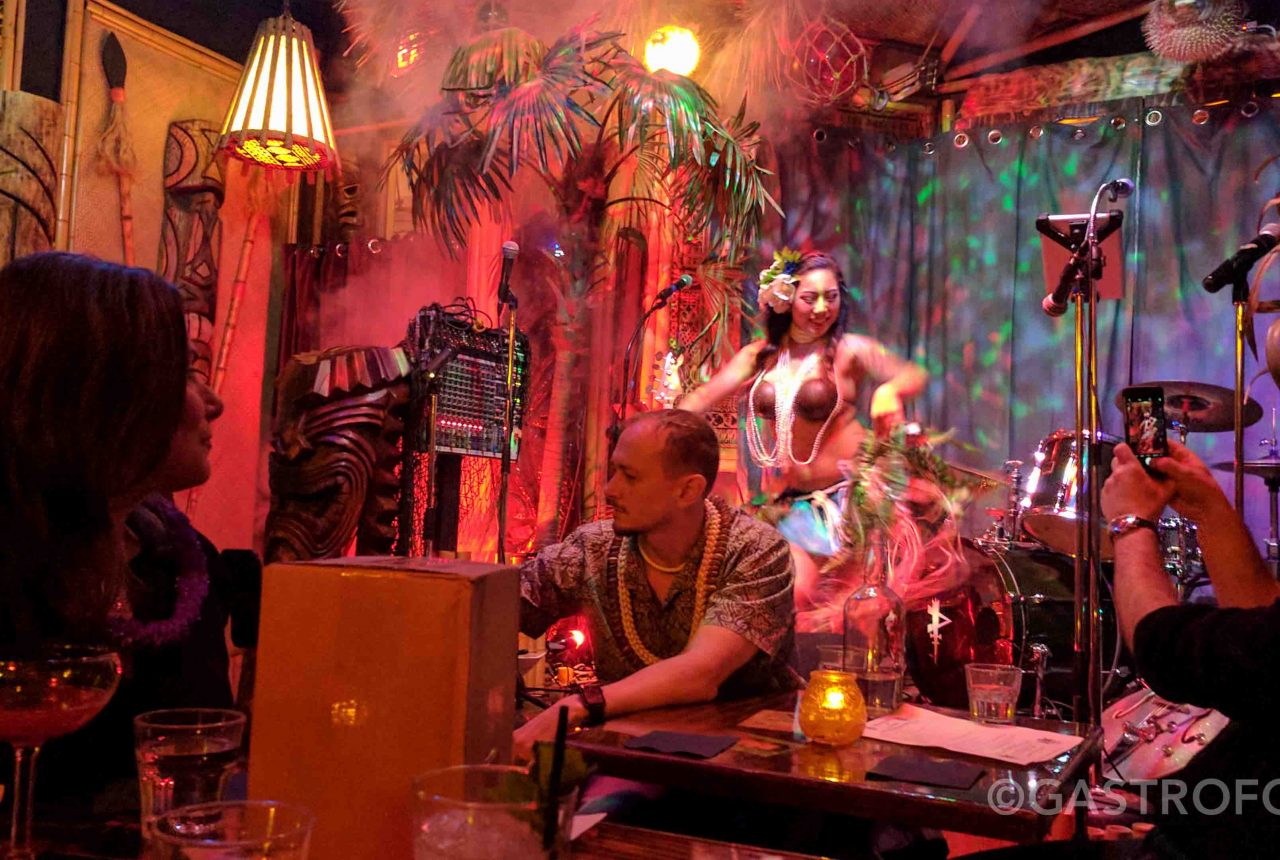 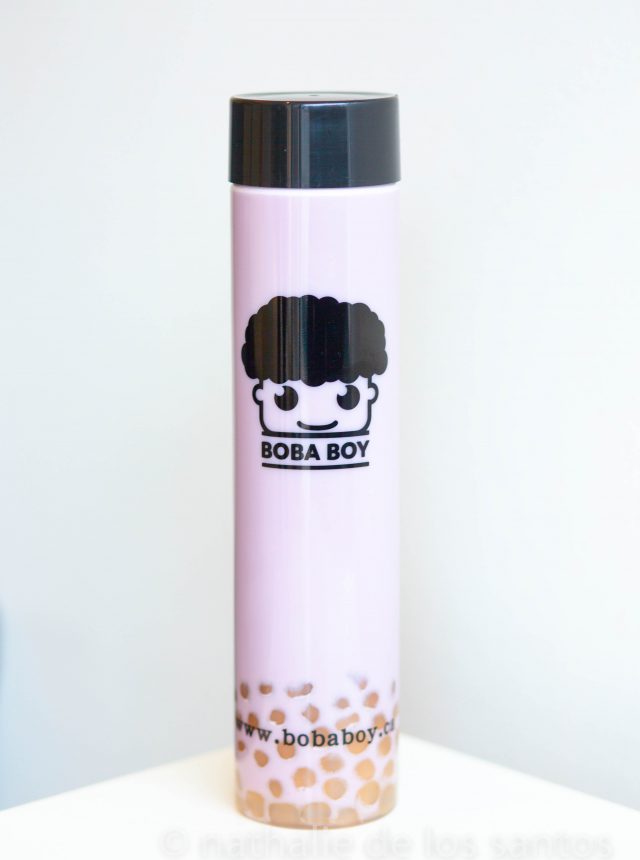 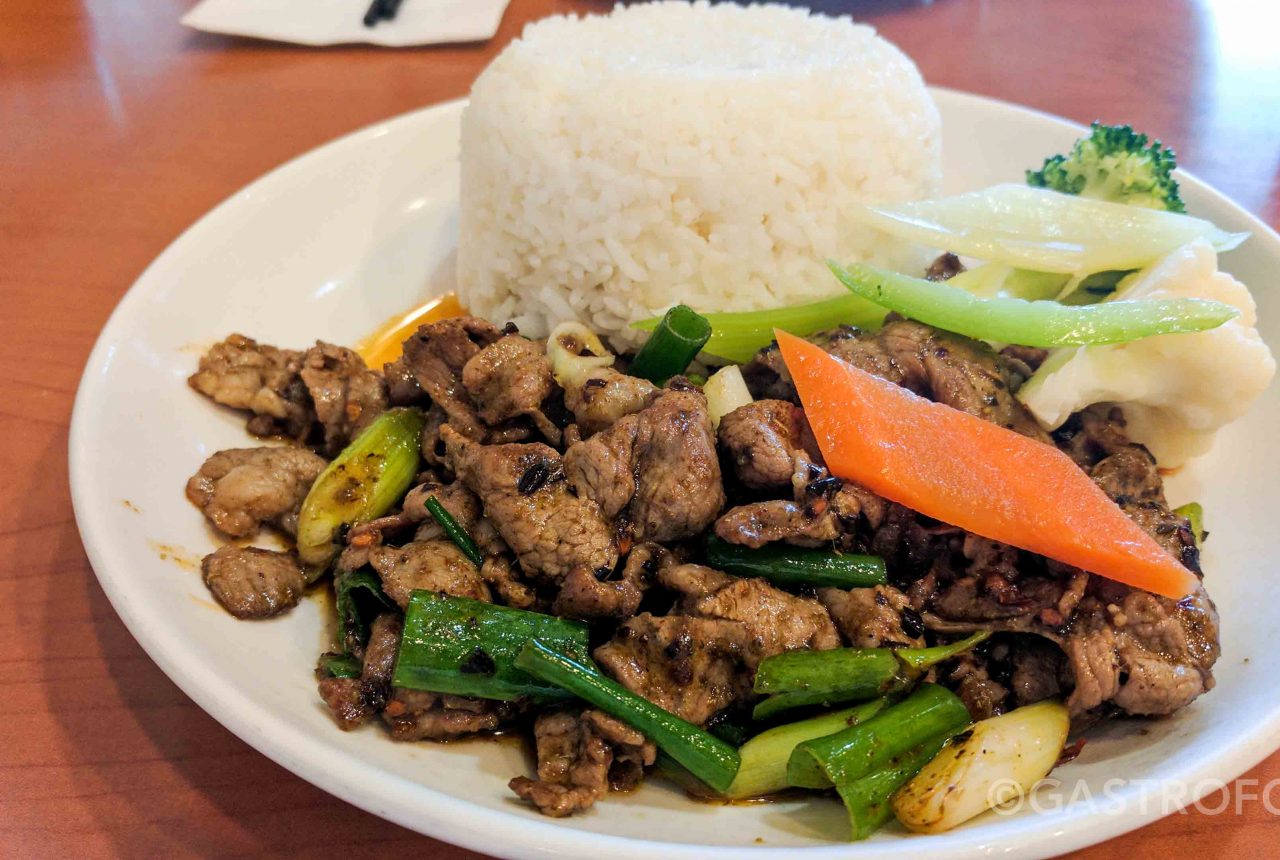