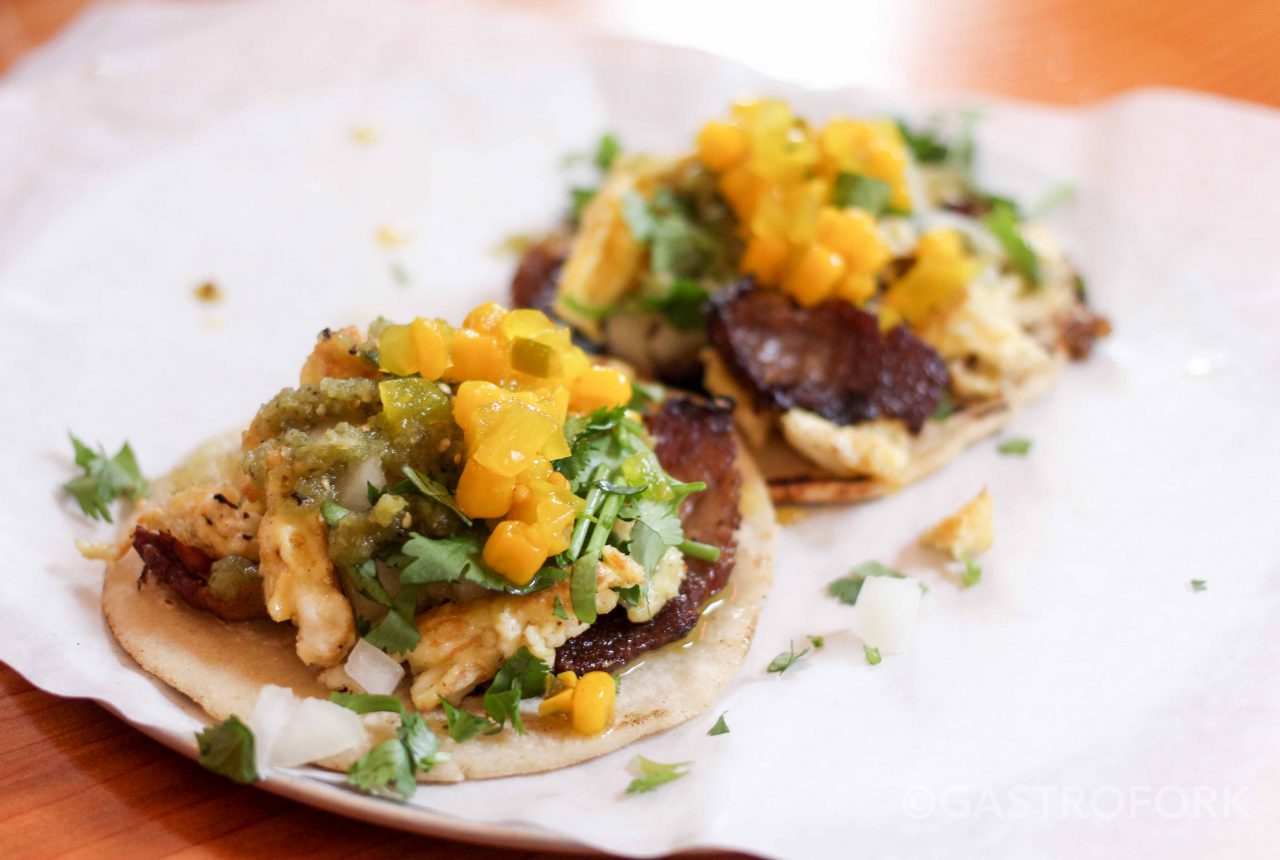 Whatcom County is a stretch of land that’s located in northern Washington, about an hour drive from Vancouver. You’ll drive through it when heading towards Seattle – through Chuckanut Mountains, Mount Baker, Birch Bay, Bellingham, Semiahmoo to name a few. This area boasts of artisan creators and farmers and September is Eat Local Month.

During September, the Whatcom Food Fest happens – it’s a weekend that highlights these culinary experiences in the area. This Food Fest includes cocktail tastings, a farm tour, brunch, a wine, cheese and chocolate experience and fried chicken feed.

Since we live so close to the area, I was invited by Sustainable Connections to check out the food festival. I decided to go on the Sunday and check out the Farm Tour Brunch and Fried Chicken Picnic at the Farm. 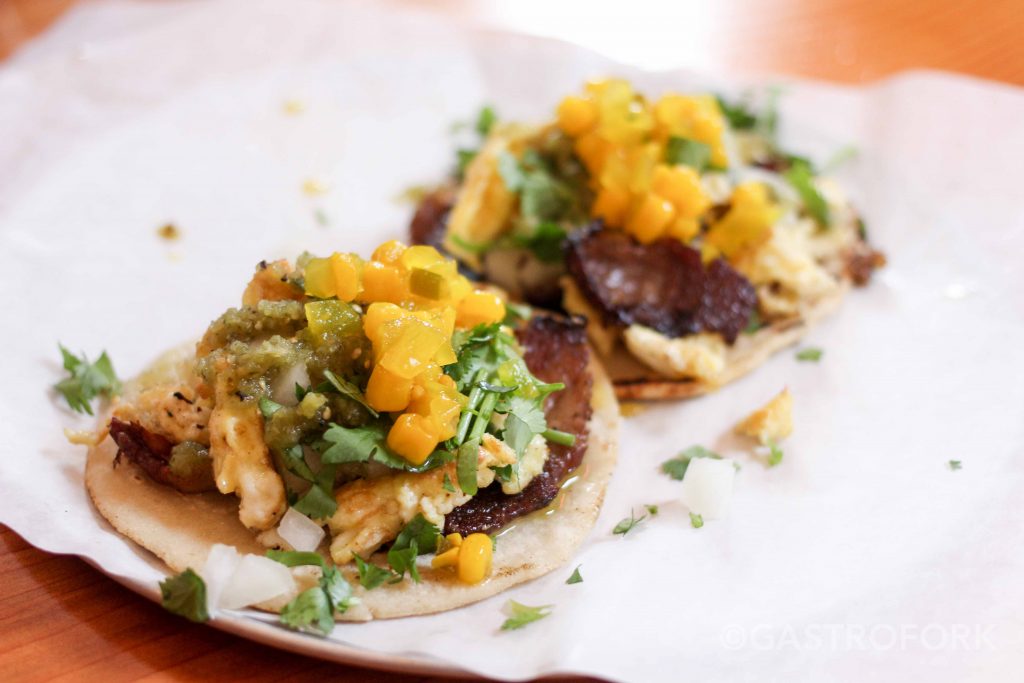 Breakfast Tacos  – these were definitely the star of the show. They were hearty with great weight to them, slightly sweet from the corn. I wish I had more of these!

Fried egg and crispy chicken sandwich with shiitake gravy – I think we might have missed this, as we came in later? 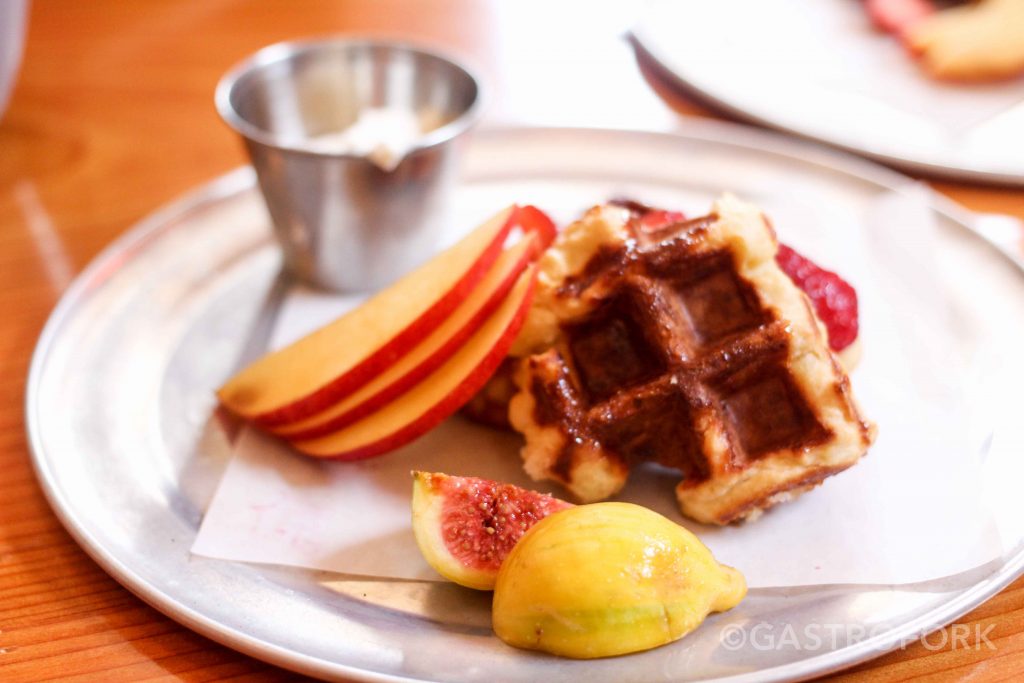 Yeasted leige waffles with fresh local apple and pears – it was paired with nectarine and figs instead – which was very delicious. The waffle was crispy on the exterior but dense and softer in the middle and the fresh fruit was perfect. 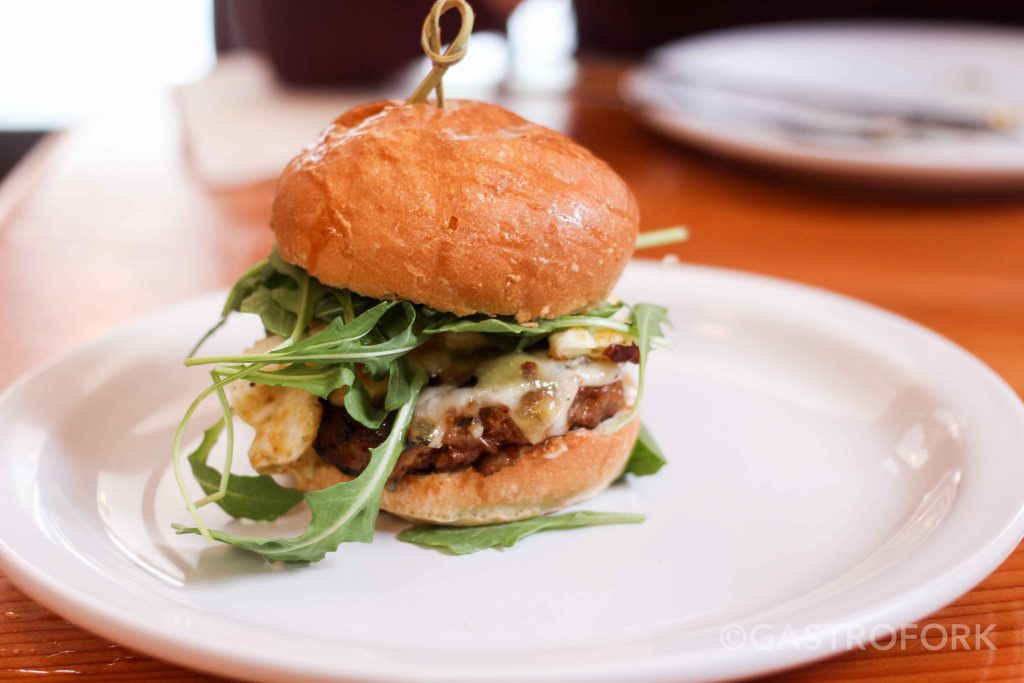 House made sausage and egg breakfast sandwich on a house-baked roll – This dish came out last and it was a good way to finish off the meal. The sausage patty was not too salty and the egg was just the right amount of runny. The bun held up to the runny yolk and patty. 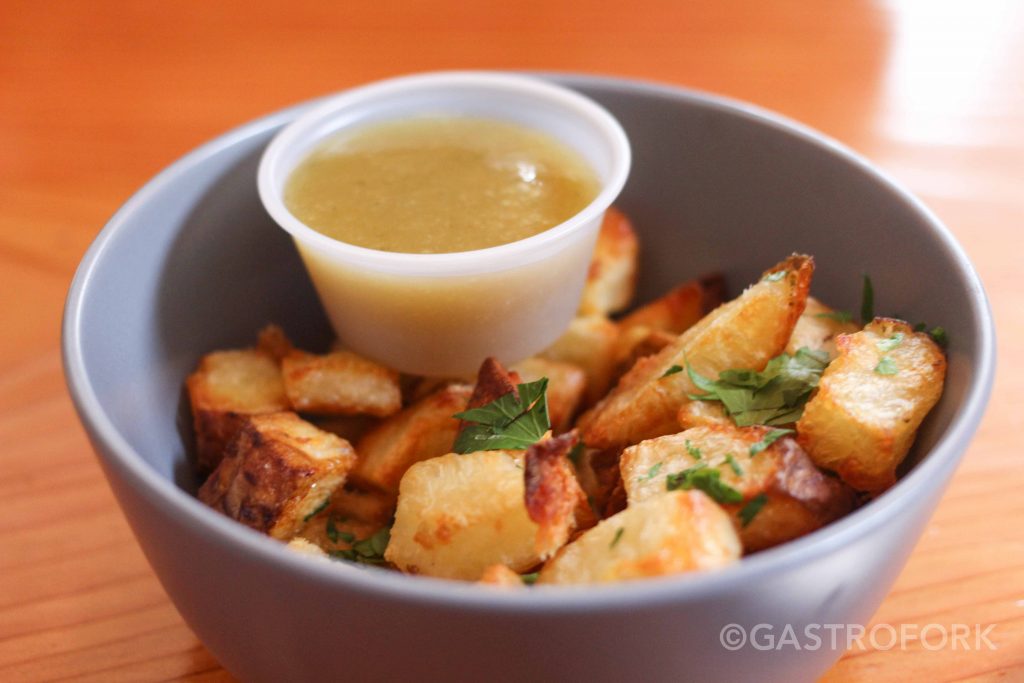 Crispy breakfast potatoes – these were a good side to the meal – crisp on the outside but still starchy on the inside. 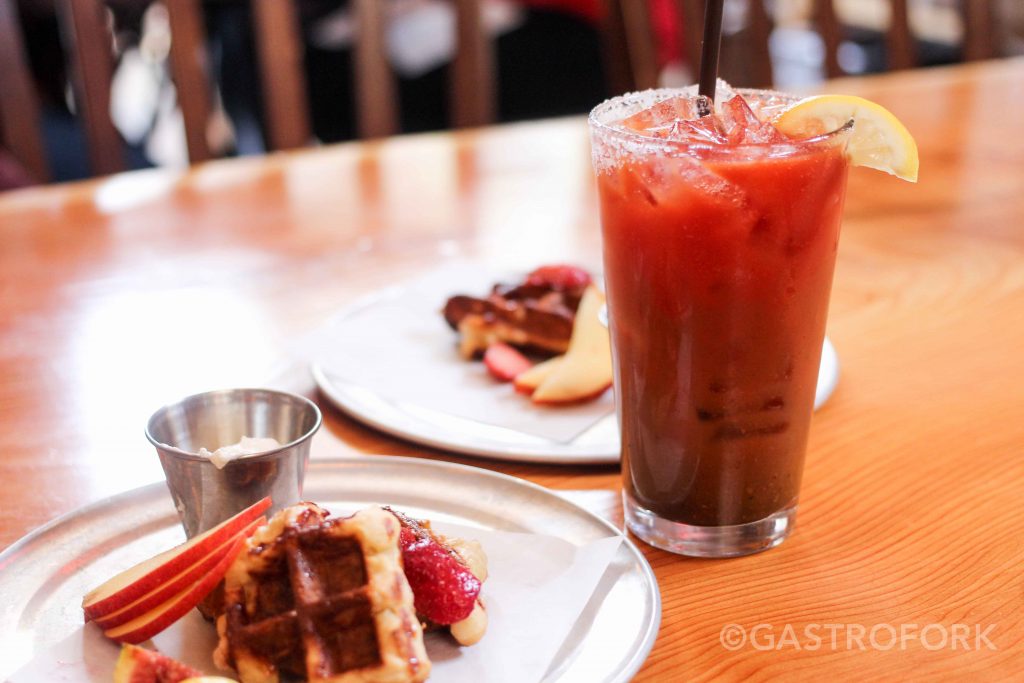 I was looking forward to the buffet they had mentioned in the description, but this was more of a tasting menu where your food is brought to you. We ordered a Mimosa and Bloody Mary, because what is brunch without a bit of alcohol?  The Bloody Mary had a good kick of peppery-spice to it and the Mimosa was tart and slightly sweet. Both beverages were quite boozy, which we enjoyed. 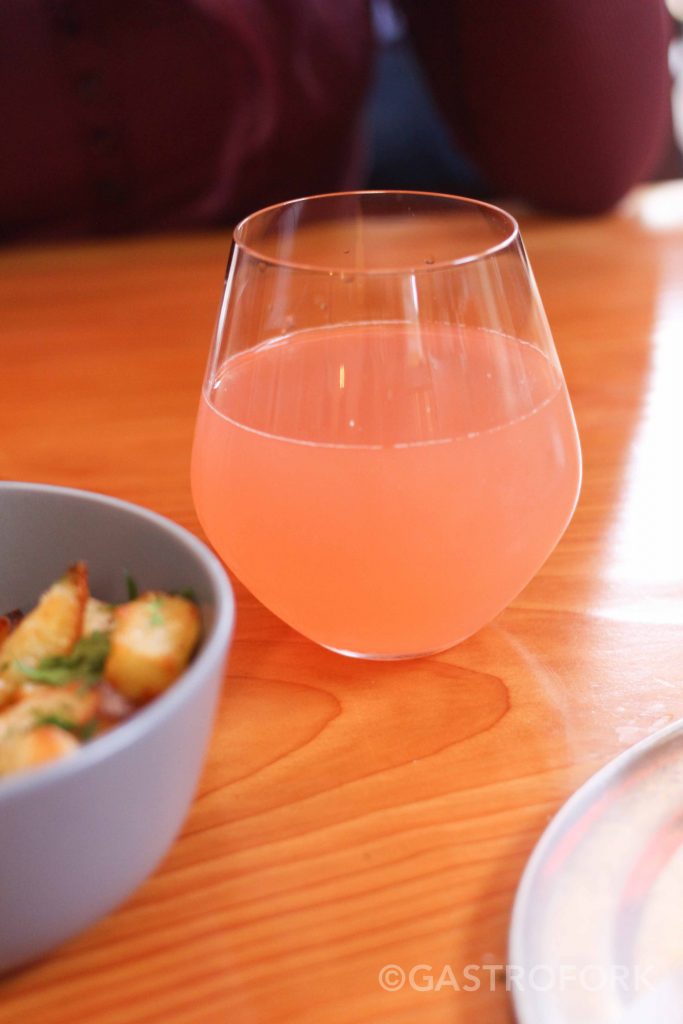 Overall, the brunch was good. Goat Mountain Pizza is a cool spot to visit, with it’s exposed brick, high ceilings and vintage doorway, I think this must be a heritage building from looking at the outside. The freshness and local flavours are pretty apparent in all dishes. 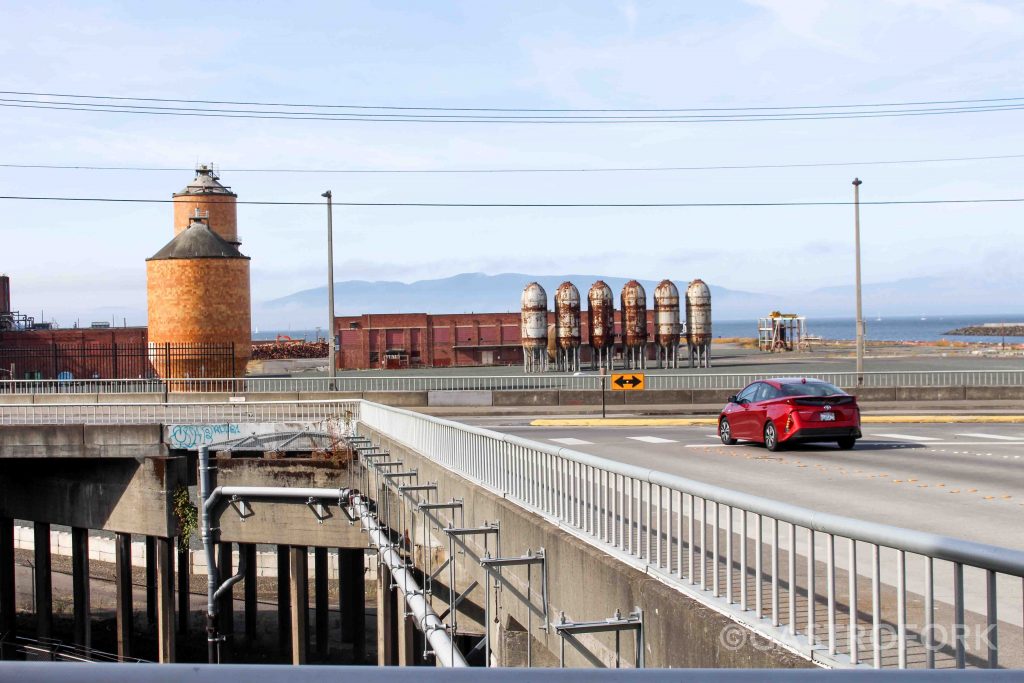 Our next stop was the Picnic at the Farm, which was organized by ACME Farms + Kitchen. The event took place at The Creek at Clayton Meadow. The area is spacious, great for picnic blankets and little kids to run around. There were a couple hiccups during the event – it seemed like when we arrived at 5pm, they were still setting up and we were the only ones there. Food wasn’t served until about 7:00pm and it seemed like there was really no indication of the people who were there for the 5pm getting their food first before the 6pm crowd. The menu included crispy fried chicken, buttermilk-maple coleslaw, watermelon with chili-lemon salt, biscuits and honey butter, peach hand pies and lemonade and ice tea. Depending on how many people you brought, you either get a whole bird or half a bird and a variety of the sides. 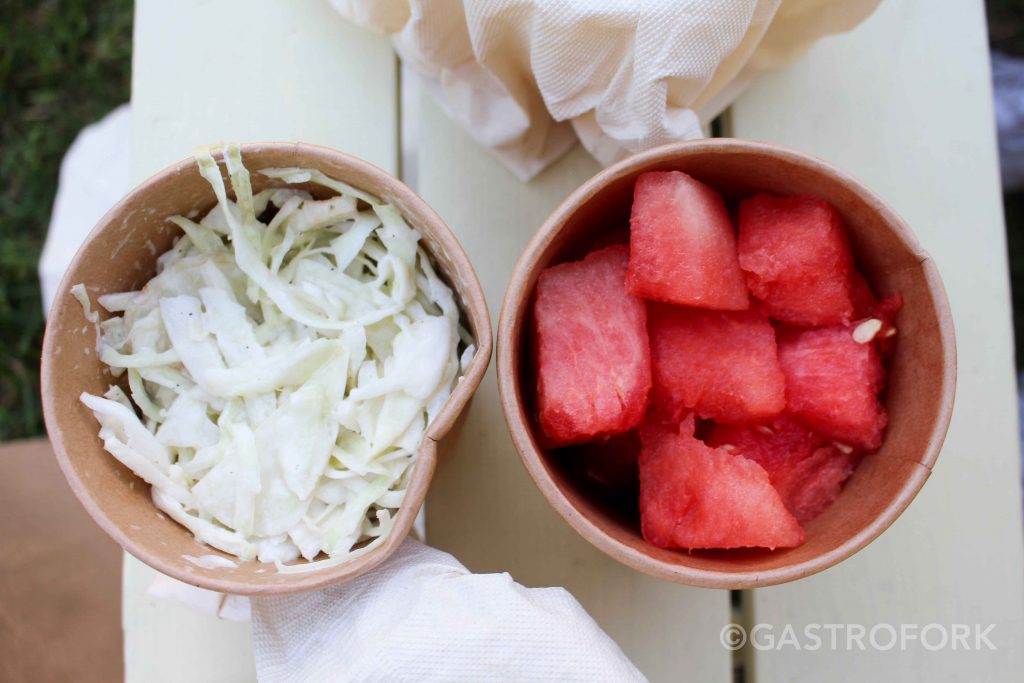 While we were waiting for the chicken to cook, a couple groups asked for their sides and we were given ours. The portions are good, we had one that was a half bird (feeding 2-3 people). The amount of coleslaw and watermelon given to us was definitely enough for 2-3 people. The biscuits are a bit on the small size, but the whipped butter given to us was nice and sweet. When the chicken was finally done, we were one of the firsts to get ours. The breading is a little off here, but overall crunchy. The seasoning is nice and not too overpowering. The chicken was cooked well and were juicy in some parts.

Overall, the experience was ok. I’m hoping that they will take the feedback from this year from not only me, but several other attendees and ensure a smoother process for next year. This event has the potential to be a great one to attend when they iron out the kinks in service.

To learn more about Sustainable Connections in the Whatcom County area, check out their website here: https://sustainableconnections.org

They have many other programs running throughout the year including Chef Breakfasts and a Chef-led Farm Tour!

Disclosure: I was invited to the Whatcom Food Festival and my ticket was paid for. All opinions are my own. 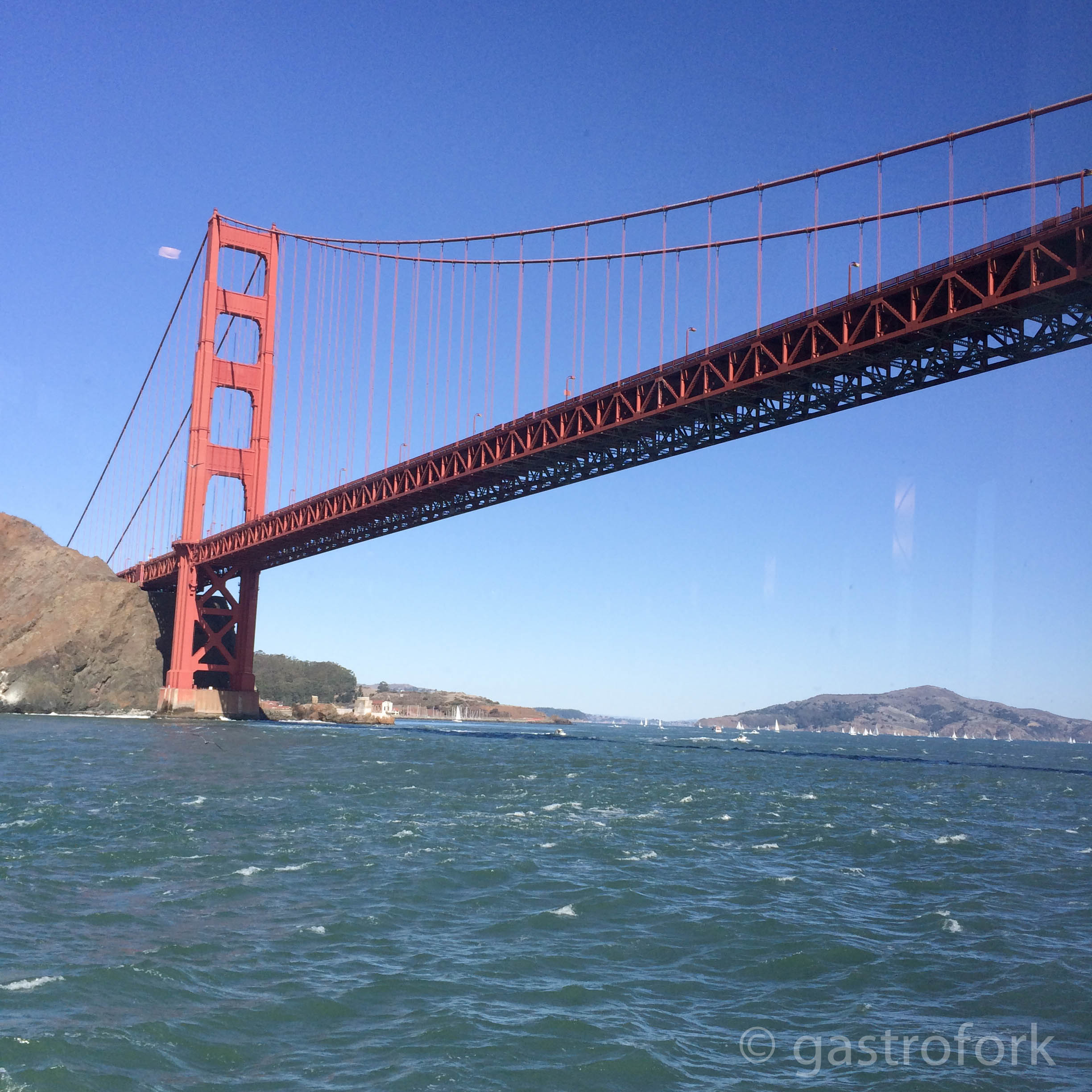 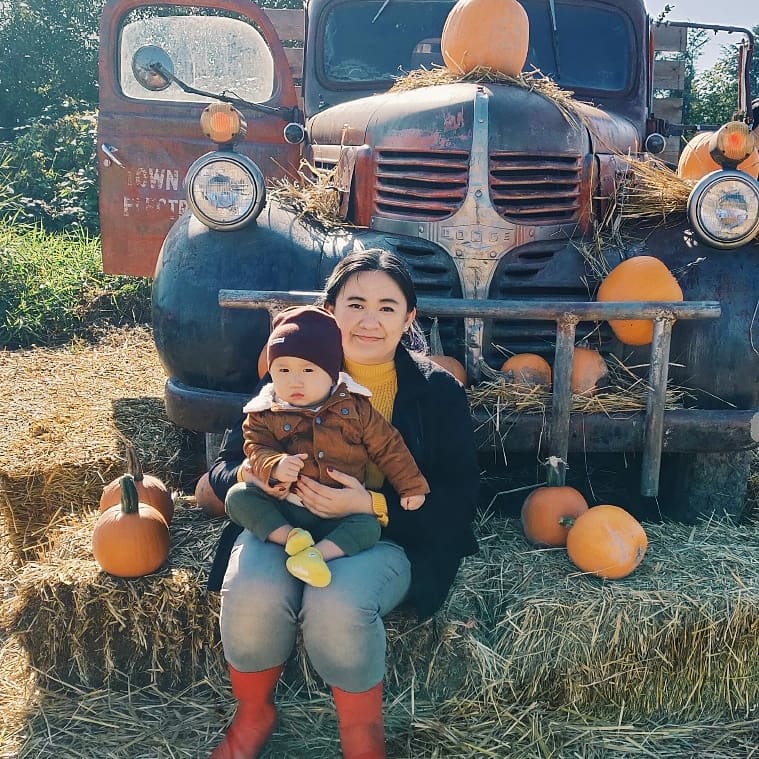 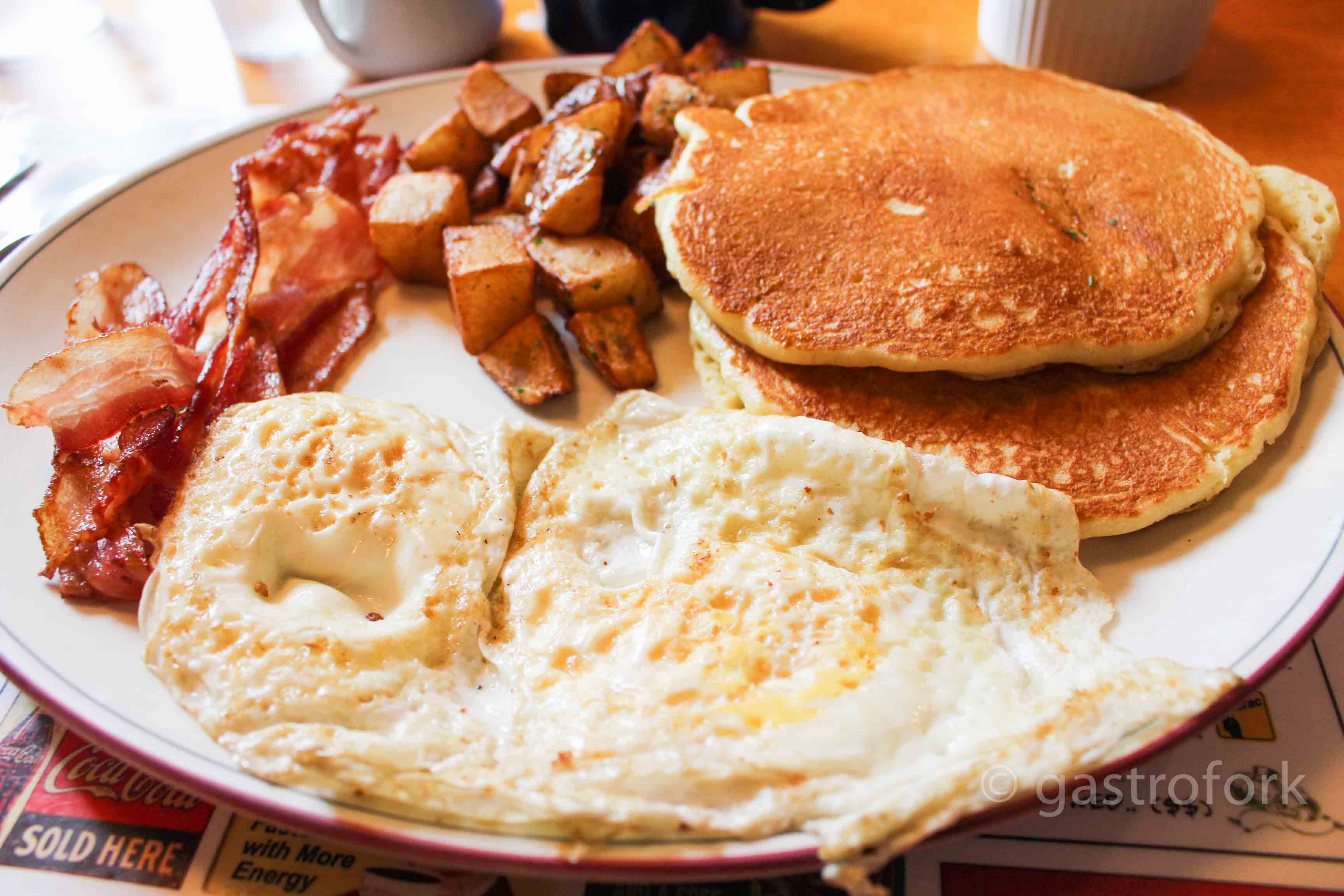