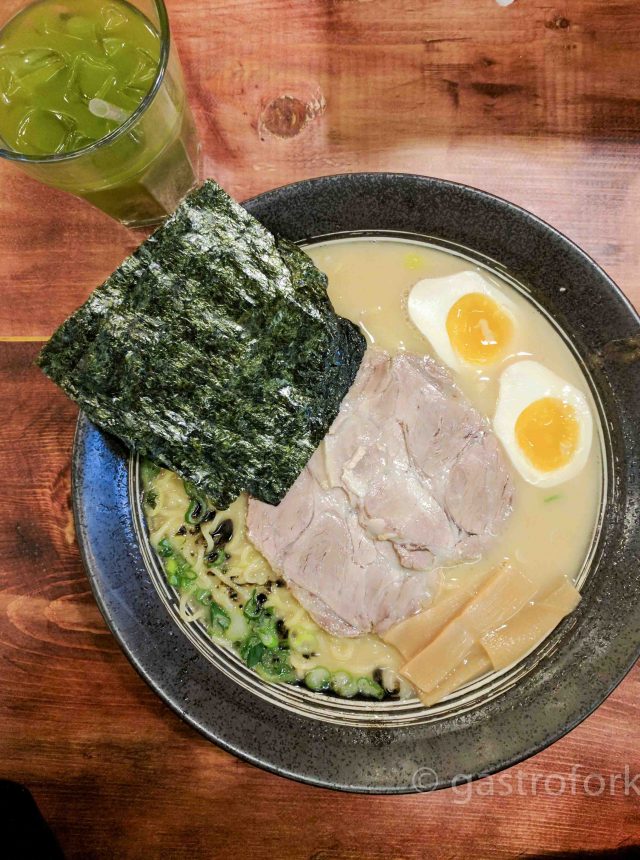 My friends Will and Richard suggested we check out this new-ish ramen spot right on Robson for lunch. Ya Ya Ya Ramen is not entirely new – they have a branch in Richmond that seems to be fairly popular as well. When we arrived, the lunch rush had not yet hit, so we were able to grab a seat right away. It’s interesting that they have a large, built-in waiting area – at first I thought this might be a bit of a waste of space, but as the restaurant continued to get busy for lunch, I could see why they needed this.

You can order a variety of ramen, including specials if you’re feeling more hungry – onigiri, chashu, mentaiko and salmon to be exact. During the summer time, the also serve cold ramen, which I am interested in trying – I just have to wait a couple of months to defrost.

I went with the Black Tonkotsu Ramen, topped with toasted seaweed, chashu and the soy egg. Here, you can also customize the hardness of the noodles, the taste of the broth and how much oil – i went for normal throughout with the exception of the noodles, I got on the harder side.  I also ordered their Ocha (because I love this drink unsweetened and wish I could get it at more places).

The ramen noodles were perfectly al dente at “hard” level. The broth is nice at the normal level, its not too salty and is heavy enough to be quite filling. I found the soy egg – or in this case ‘flavoured egg’, a little on the flavourless side. The inside is cooked nicely, but the egg doesn’t have that flavour that I’ve come to love with having a bowl of ramen.

The cha shu is two fairly large slices of pork and had a good fat to meat ratio on them. The cha shu was more tender than most ramen places I’ve been to. This was quite the large bowl and satisfied my ramen craving.

Overall, Ya Ya Ya Ramen is a solid choice for ramen, in the area in particular. There is some other notable ramen places nearby, but if you’re looking for a good, quick meal, Ya Ya Ya Ramen will satisfy that need. 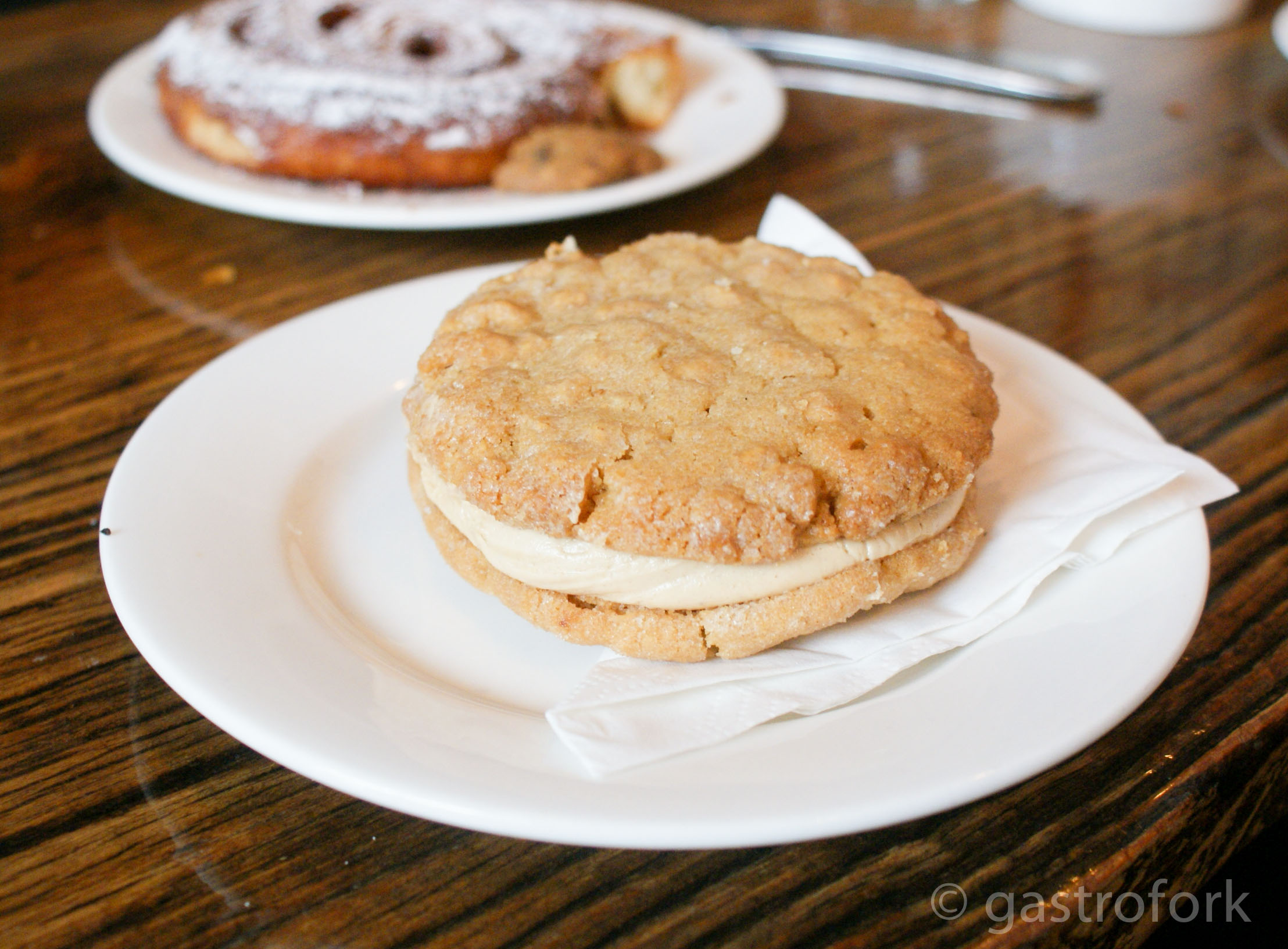 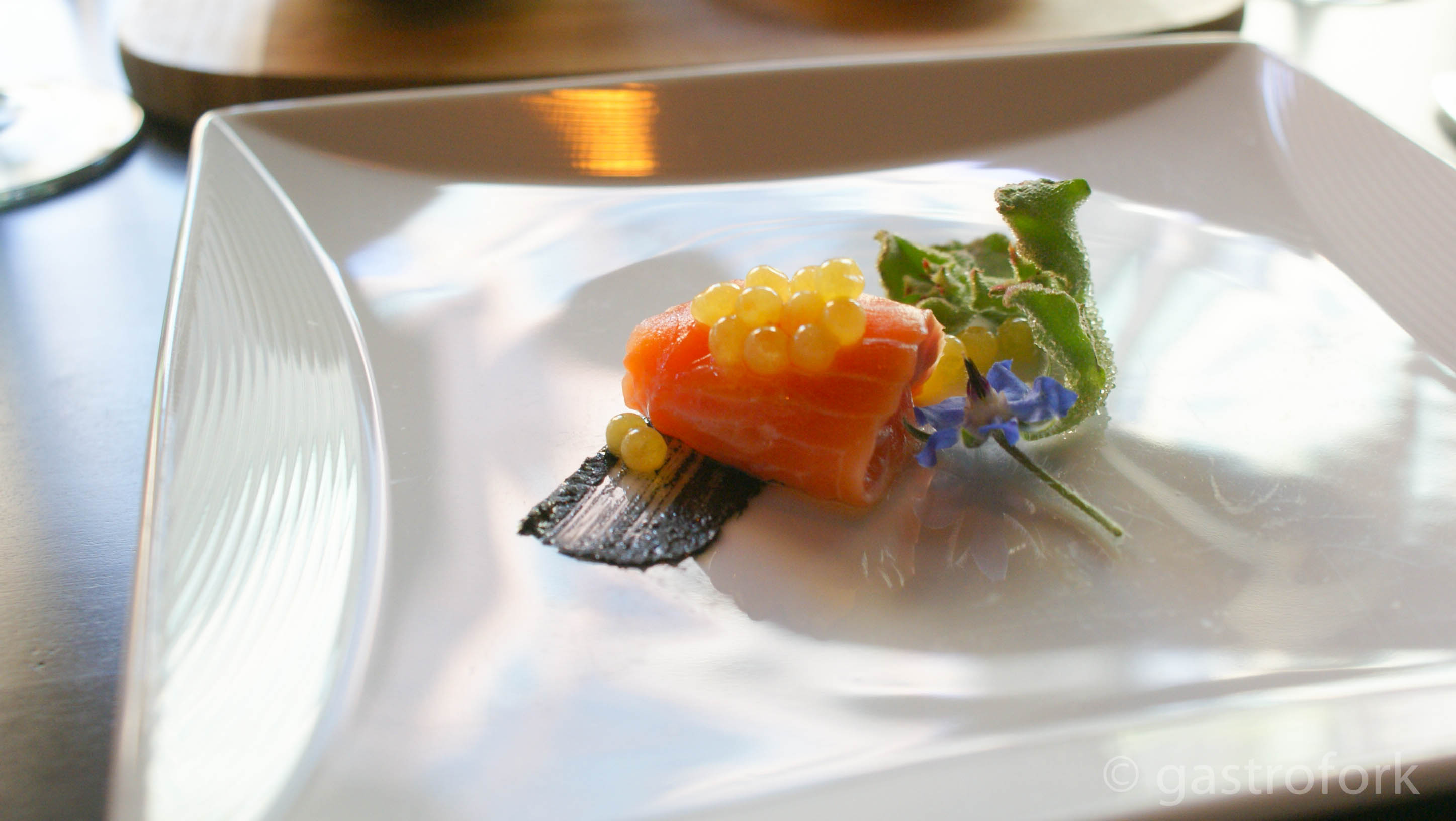