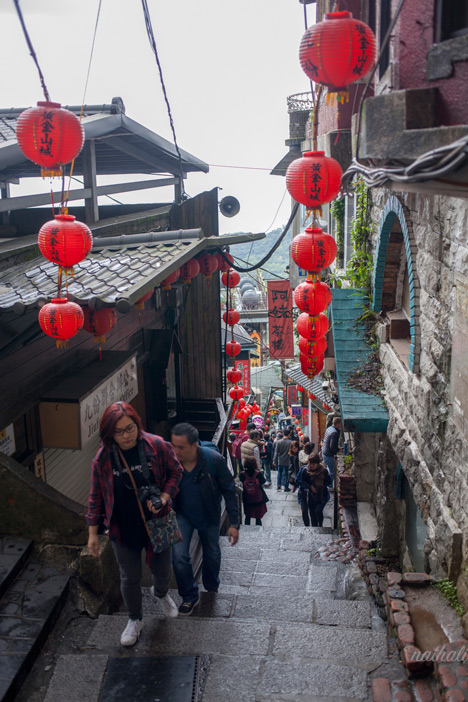 Chicken sandwiches for breakfast for life. On our last day, we went to Jiufen, the downtown core inspired Spirited Away’s village. We also went to Houtong Cat Village after. This was probably my favorite day of all five days here. 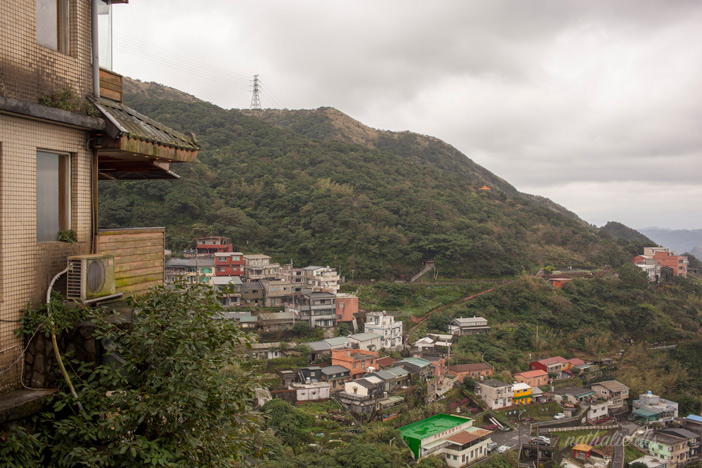 Jiufen is a far drive into the mountains. We had all the dysfunctions of a road trip with an intense cabbie, but long story short we made it in one piece to the mountain. I gazed upon temples and houses lining the mountain-side. This village was once a place for nine families, but the gold rush turned Jiufen into a town proper. There is a lot of Japanese influences such as the teahouses and other architecture in the village due to World War II. Jiufen was forgotten after the gold rush declined post WW2. 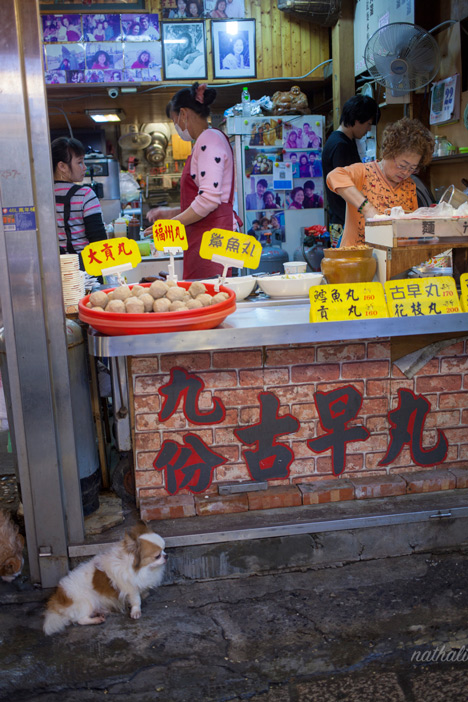 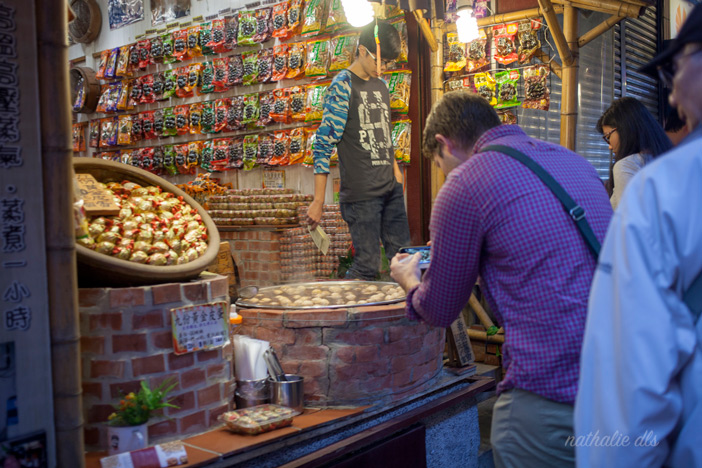 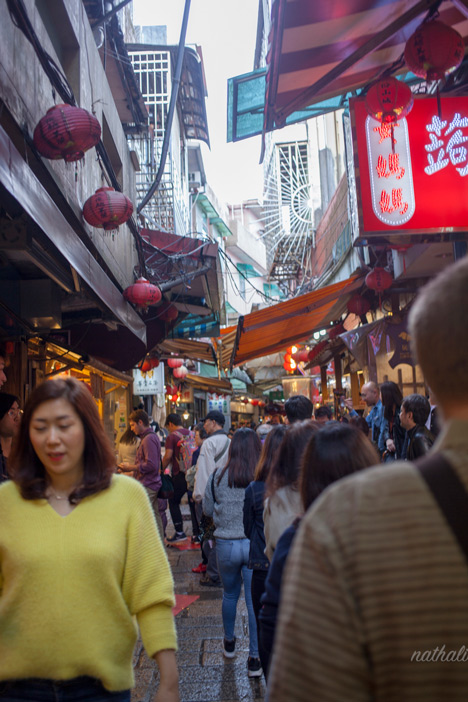 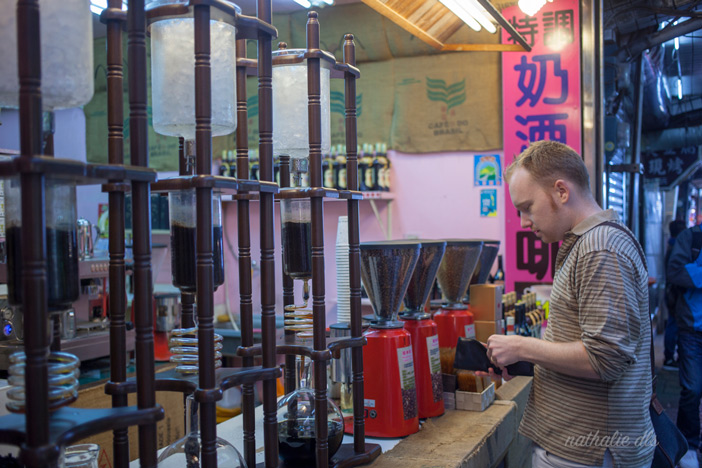 We enjoyed the alleyways of little shops. There is a shop for everything – leather, wooden shoes, coffee, paint brushes, etc. I had to go to the Jiufen Teahouse. The Teahouse is a 100-year old structure, decorated by the owner-artist and overlooks an iconic lantern-dotted teahouse. We enjoyed tea cakes, dried guava and smoky, black tea from the forest. We were told a specific way to steep our tea. We had to count down at first sixty seconds, then lessen each steep by ten seconds and then place the bloated leaves and replenish with good, new leaves. I’m very lucky that Josh bought me more tea before we left. There were a lot of art galleries and ceramic ateliers near Jiufen Teahouse as well, so we ventured around. 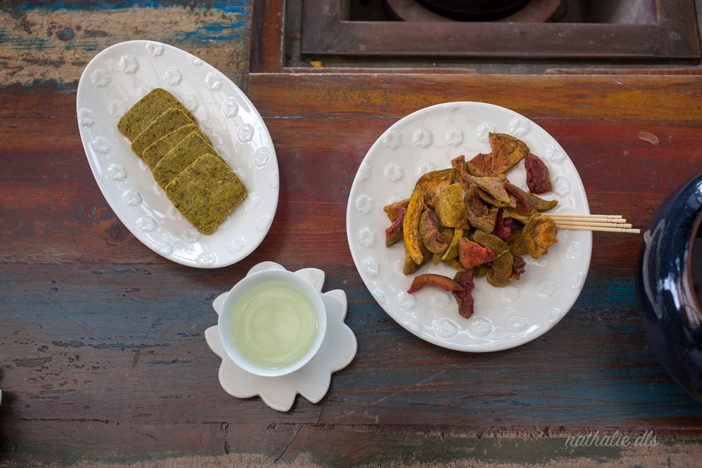 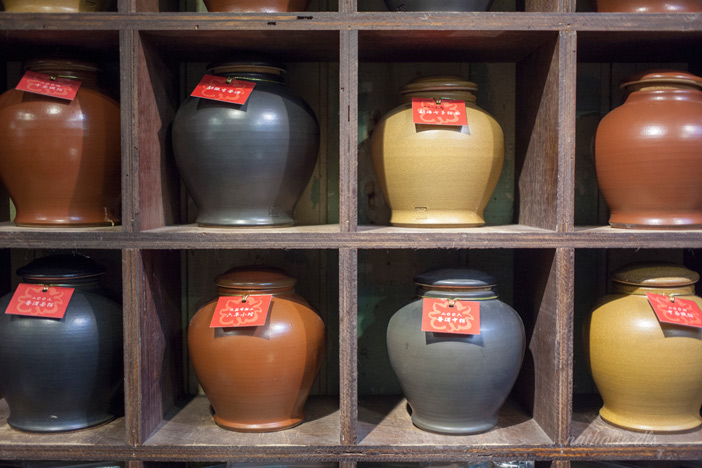 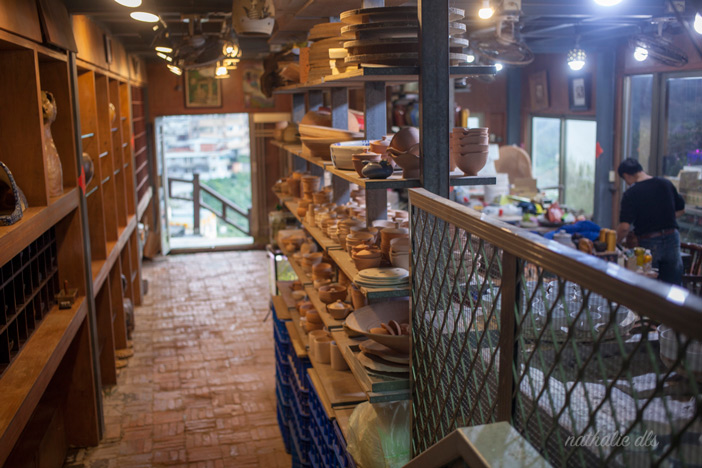 Another once prosperous mining town we visited was Houtong… which NOW IS A CAT VILLAGE. There is a market where you can buy cat treats and food. Josh bought a can and literally “went to town” on feeding the cats. 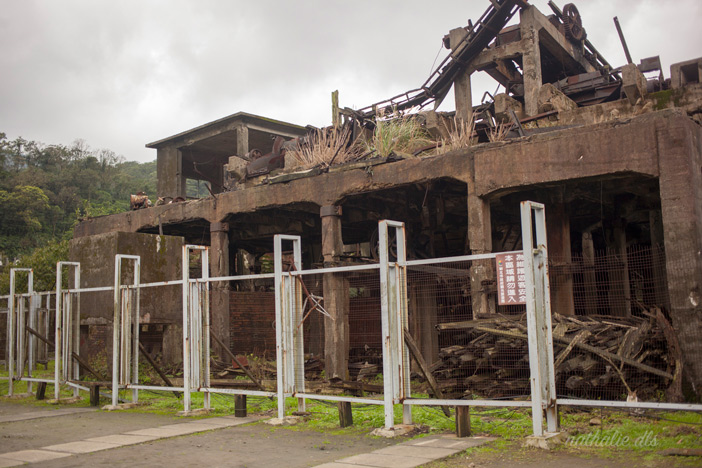 I think I can die happy now! So adorable – we didn’t want to leave. Each cat had his own personality, and also his own little kitty house. This is a must if you have a cat lover in your life. 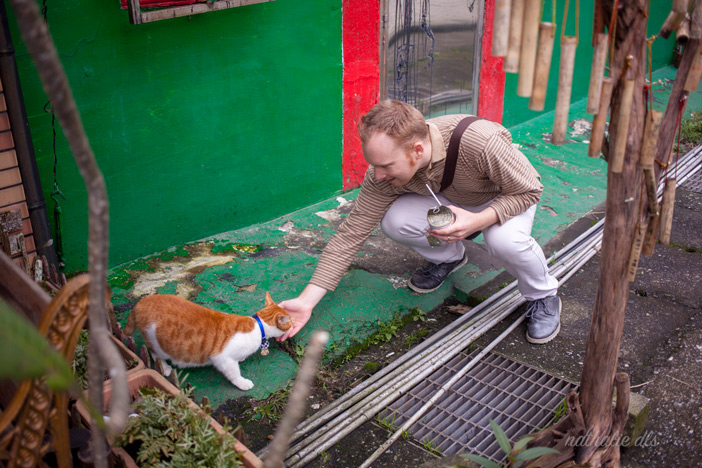 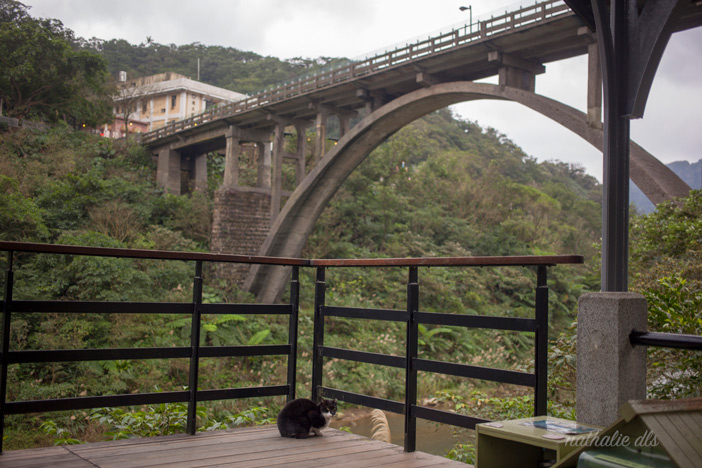 Our cab ride home, a very sweet old man who listened to a flute version of ‘Sound of Silence’ on repeat, dashboard covered in Sanrio plushies and the roof of his car covered in pictures of his children drove us home… at 140km/h. He had very little to zero margin of error weaving between large trucks and swirving in curves on the highway. Though we were hanging on for dear life and he kept apologizing earnestly, it was impressive. What he was doing DID require a level of skill that I don’t think Vancouver cabbies can even parallel park. He apologized again and said he did it for 30 years. We covered 36km in 20 minutes and were back in Taipei in no time.

We had a rice burger as a snack after. Fun fact: you get chicken nuggets instead of fries. 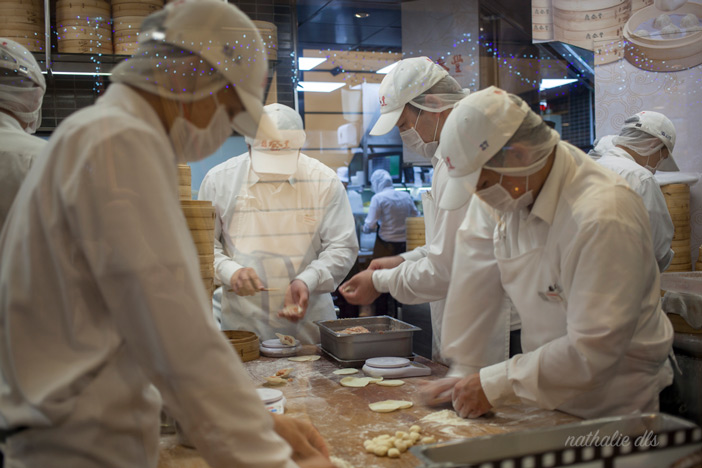 Last but not least, we got to eat at Din Tai Fung, the famed xiao long bao restaurant that won a Michelin star. Need I say more? 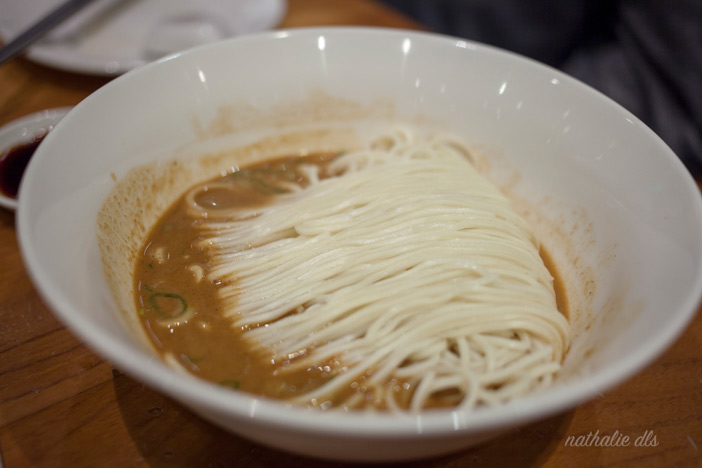 I can’t have Taiwanese food again in Vancouver. (Though, writing this now, I just had Chef Hung in Kerrisdale which was pretty good!) I just feel like posting each picture and saying “Good, good, this was so good”. You HAVE to have their soup dumplings if you don’t want to eat anything else, this is where the award was given. Soft, light and bursting (literally) full of soup and meat, you could eat five of these and be full and satisfied. Their steam buns were also impressive, and are a good alternative if you have a vegetarian in your party. This is similar to Formosa Chang – the locals who took us here said this is a place out of their childhood, where they’d go for family parties or celebrations. In short, my entire trip, I kept thinking about the food culture. I’ve been told racistly that a friend does not like Asian food because it’s greasy and dubious – but this was never the case in Taipei. I’ve always wondered why our street or “cheap” food is absolute garbage unless you shell out $14+ for a food truck. I’d prefer to eat at breakfast dive in Taiwan, get me a good little crepe omelet than subject myself to plastic egg rubber at Tim Hortons, but that’s my opinion. And when you eat meat at most places in Canada, do you really know where it’s coming from or if it’s humane? Eat all the food in Asia!