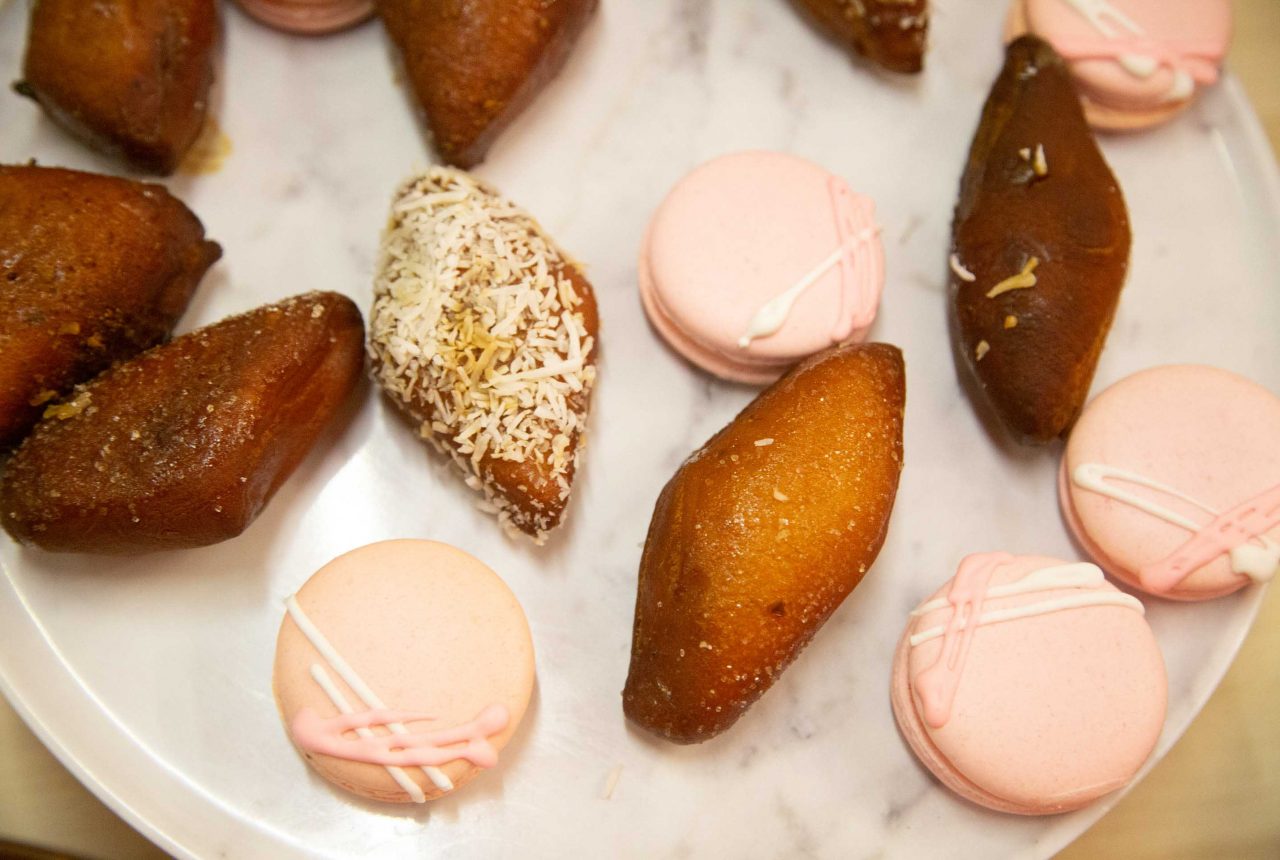 We were recently invited to a six-course vegan tea experience called the Vegan Tea Longtable. This was organized by Vancouver’s first vegan catering, event and product company Urban Leaf. Partnering up with some of Vancouver’s favourite vegan offerings like the Juice Truck, Buns & Boba, Kula Foods and many more, the format was a long table sit down with each course being offered and explained by each one of the companies. 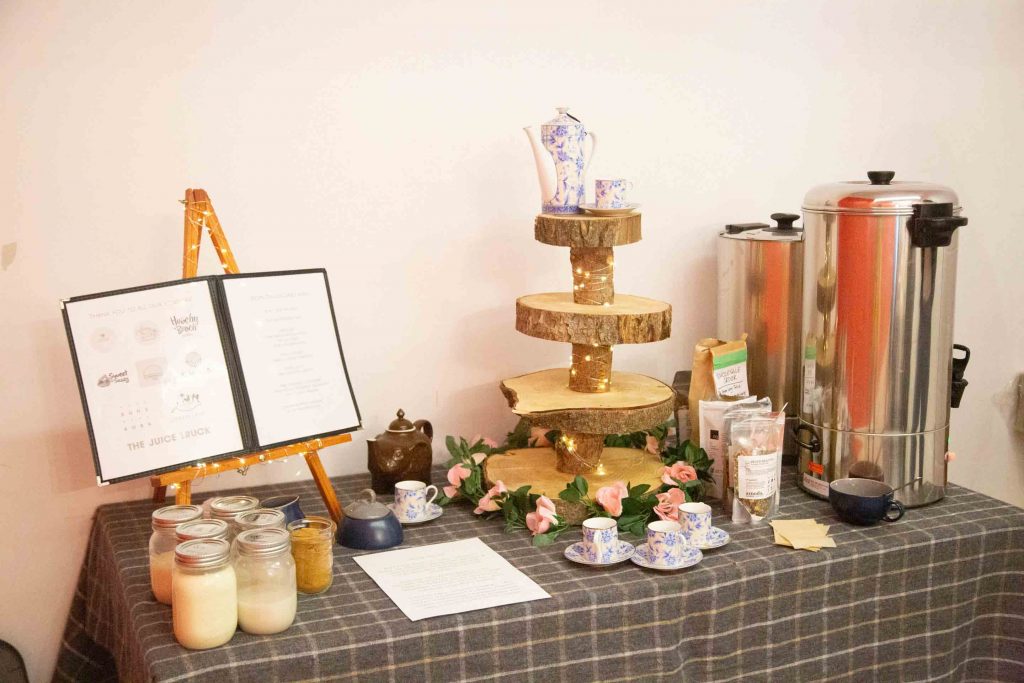 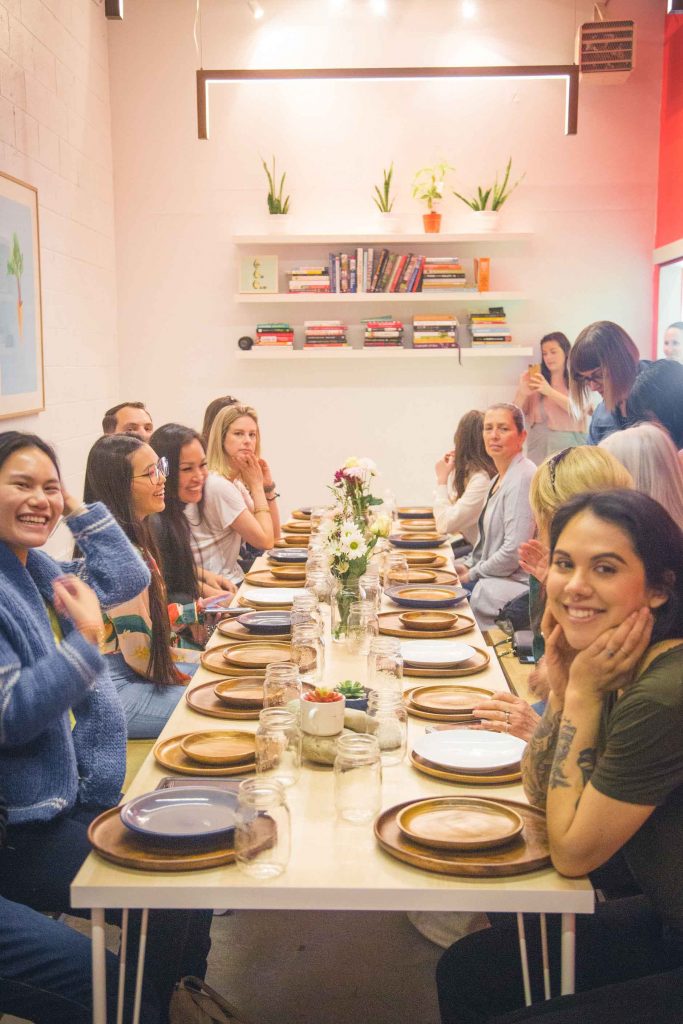 To start off our experience, we had Cinnamon mini buns from Buns and Boba. At their Broadway location, almost all their buns are vegan. I liked this particular one served because it was a good balance of sweetness without being overly so. 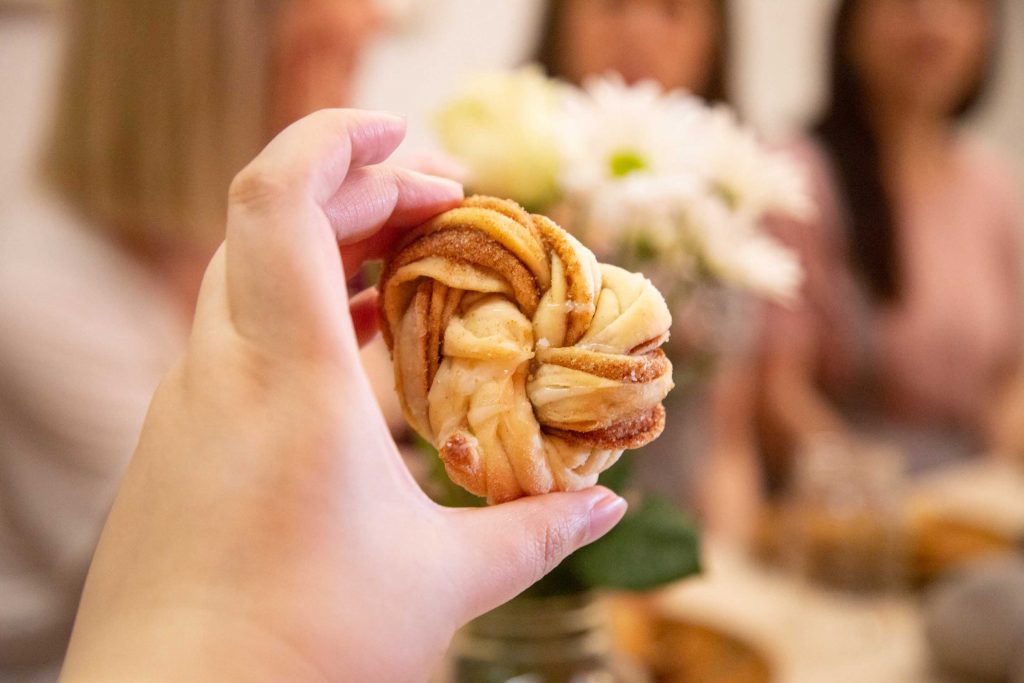 The Juice Truck served juice called “The Remedy”. The mix is pineapple, cucumber, kale, ginger & mint. I love kale but yet to have a juicer, and this is probably one of the juices I’ve had that inspire me to start making my home brews. So good! It’s so hard to get the proportions right and the Juice Truck has it down to a science. 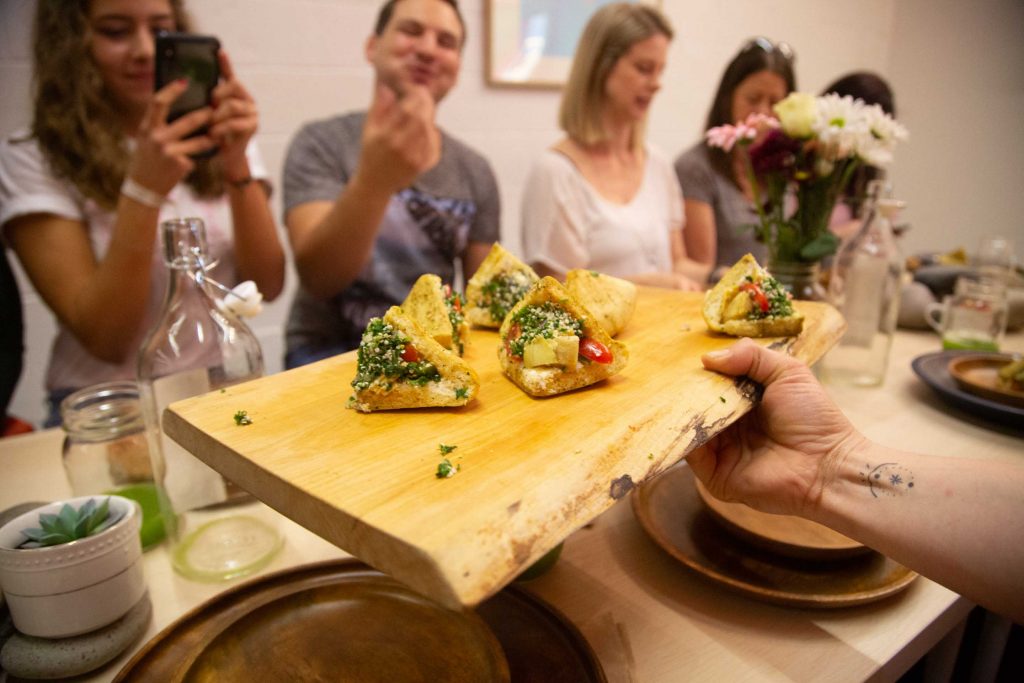 Up next was Urban Leaf’s sandwich – which was described as “accidentally” vegan – the Open Face Labneh Pita. This  Greek inspired pita is made with labneh, Zaatar, olive oil, marinated artichoke and tomato salsa, housemade garlic pickle and parsley hemp pesto. I immediately loved the artichoke hearts, the bread was delicious! The most creative dish was probably the Twice Baked Devilled Potato (devilled mash, potato smoked Paprika emulsion, celery curls and green onion). I want to make this for the next party I go to. The next was another delicious appetizer: One Bite Curry. Made with crispy naan, curried cauliflower puree, roasted pepper, pea mint and cilantro pesto and dehydrated lime. Despite the name, I wish it was a little smaller as I was getting full already! The lime really brightens the dish overall without overpowering the other great flavours. 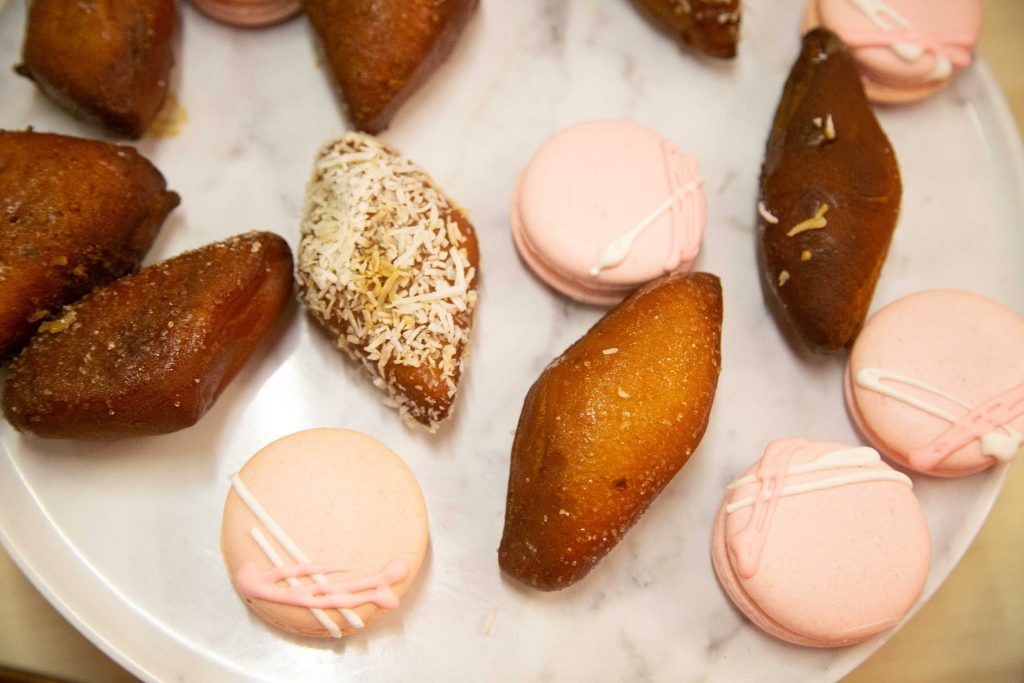 Sweet & Sassy vegan macarons were such a treat. They were strawberry and if you weren’t told they were vegan, they definitely did not taste any different than a normal macaron.

From Companion Bread, we had their croissant made with pistachio butter (compound butter and pistachio nuts)- sweet and delicious, I could definitely go for several of these. 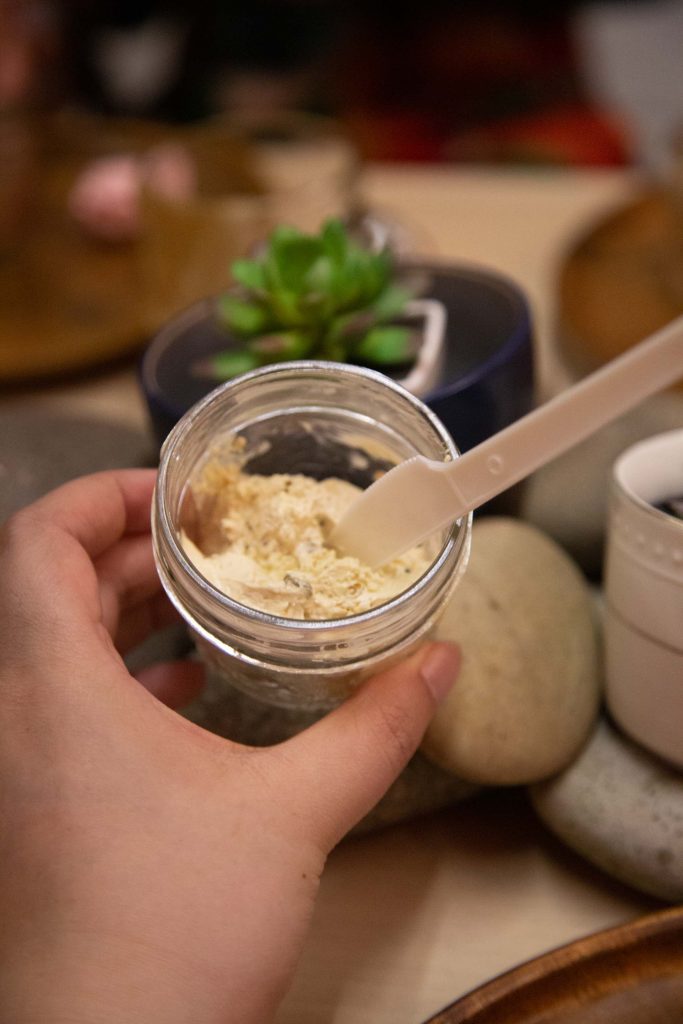 I keep forgetting how delicious vegan butter is, as it was paired with our croissant (which was SUPER fluffy and moist by the way). I was so full by the time I demolished this croissant. 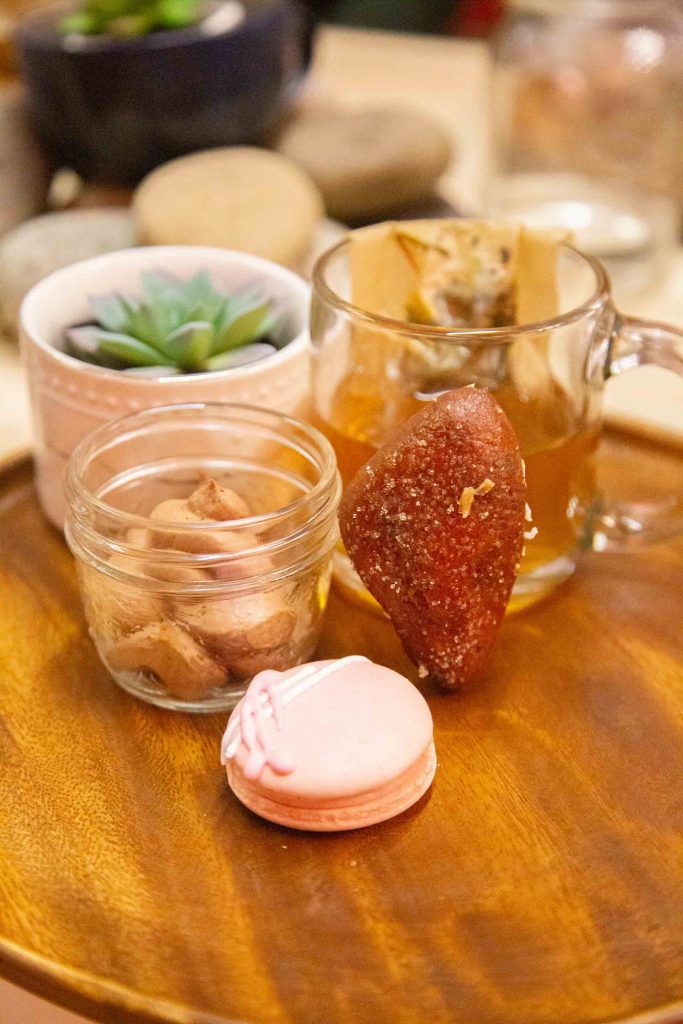 On the side, we had Amai Vegan Treats’ Cococreme Chocolate pudding, which just tasted like creamy chocolate – again, no real difference in taste unless you like super rich, sweet pudding. The chocolate pudding is made with only five ingredients: coconut milk, organic coconut sugar, unsweetened cocoa, pure vanilla extract and Himalayan pink salt. We also tried the Hoochy Booch Kombucha Hibiscus Ginger – it definitely is an acquired taste with floral notes and a crisp, ginger flavour. 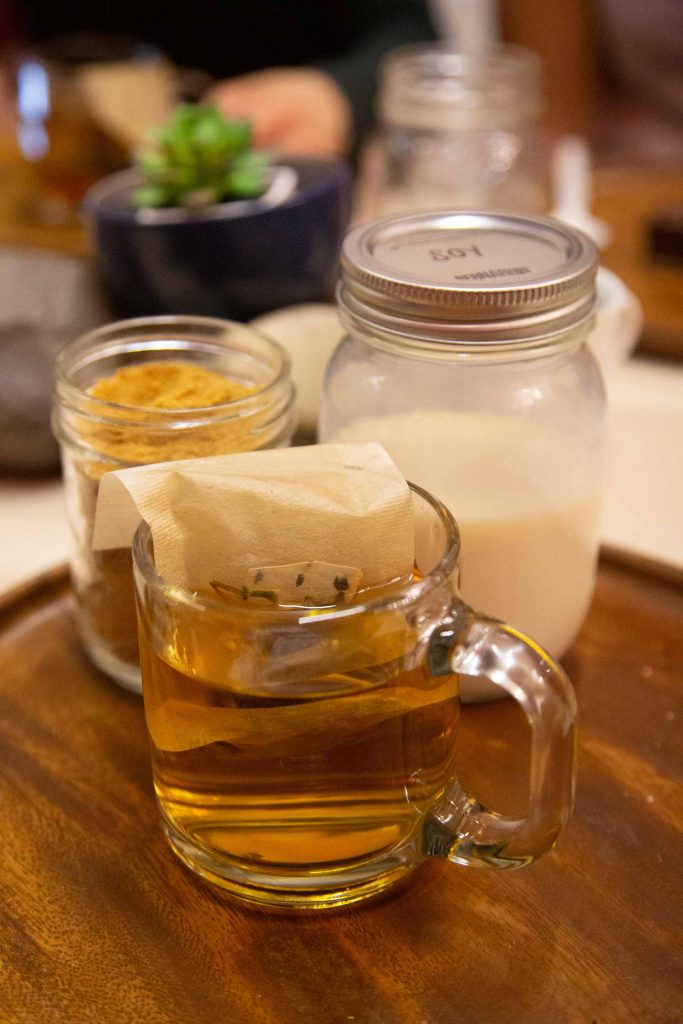 I did LOVE the Amoda Tea’s Fancy Earl Grey blend that they paired with our dessert, so I will have to go pick up a box soon! We are so lucky to live in a city that not only accommodates so many different dietary needs, but makes all types of food so delicious that it’s not that hard to enjoy and appreciate other diets and lifestyles.

For more information on Urban Leaf Catering, check out their website here.