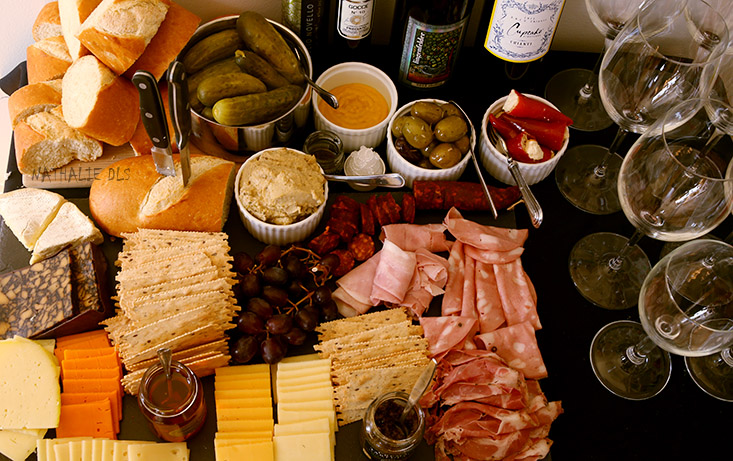 I’m getting married next year! So besides planning the big day, I’m trying to make everything following up to it friendcentric. The point of this post is if you’re interested in an inexpensive party that’s social and interactive, I found this really worked with my guests. Not to toot my own horn, but most people seemed to be happy. My party was at my apartment and we managed to section off the space enough to accommodate 30 people.

(1) Diana F+ Instant Photo Party Game + ART Station:
Original goal to self: Make it interactive, make it memorable, get people to try something new
I invited guests to use my Diana F+ camera. It is a harder one to use than say the Fujifilm Insta Mini. It requires the right amount of exposure to light as the user holds down the shutter release. The game for the party was if you could take a good picture out of the camera, you got to keep it as a party favor. Lots of people ended up giving me their photos being proud of the feat they accomplished. The other half really wanted the photo, because having a printed photo is becoming rarer. (My favorite was my friend Heather. She is putting hers in her wallet cause she doesn’t have a printed picture of her and her husband that’s small and portable.) 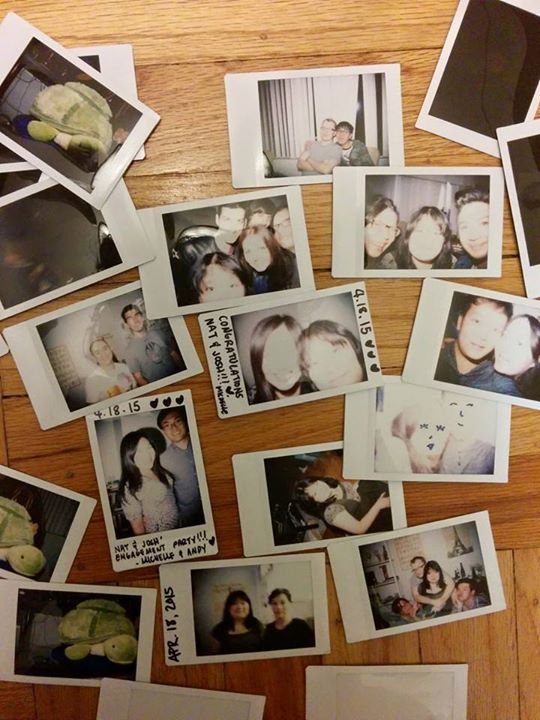 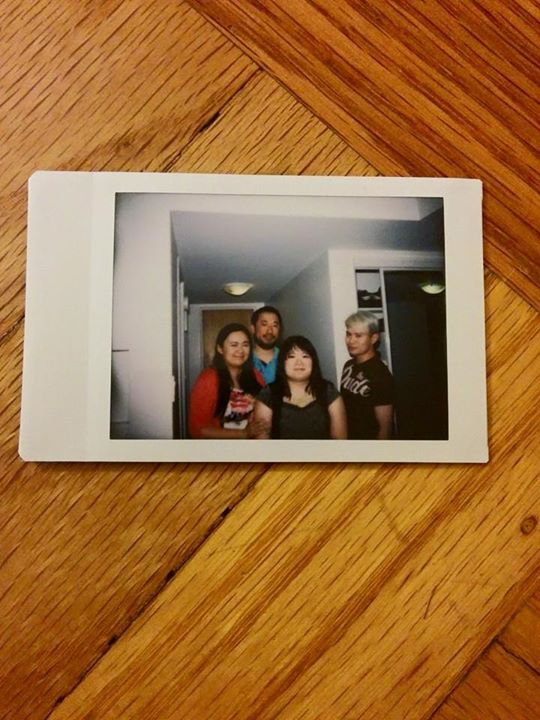 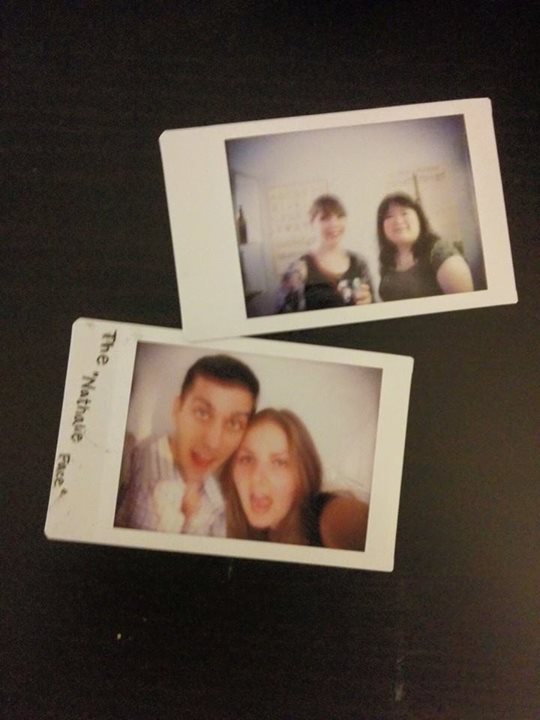 I also had an art station too, which was less popular but I found it gave people who wanted to chill a nice space to relax from the hustle and bustle from the party. The pinata below was brought by friends, which we have yet to mount on a wooden panel like a moose. 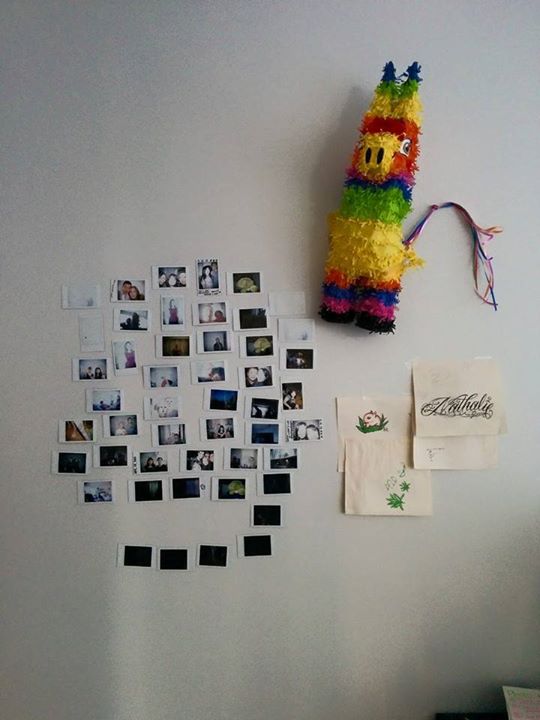 (2) WiiU, Just Dance Station + Kirby Party Favors
Original goal to self: So many of my friends are introverts and gamers; how do we keep everyone together, including the people who are really hyper?
All the pictures of my guests playing Just Dance will remain offline for their sanity. But it’s crazy how competitive my friends got over the course of playing Just Dance for three hours. We also had Kirby’s Rainbow Curse, Hyrule Warriors and Super Smash Brothers people played in between the Just Dance craziness. This was an instant hit: not only did friends vs up and have fun during Just Dance, people who didn’t know each other could VS up and become friends. A definite ice breaker.

I also made little clay Kirbies for party favors, along with Scottish candy from the House of MacLaren in Gastown. (Fun fact, that’s where me and Josh first went on a semi-date) 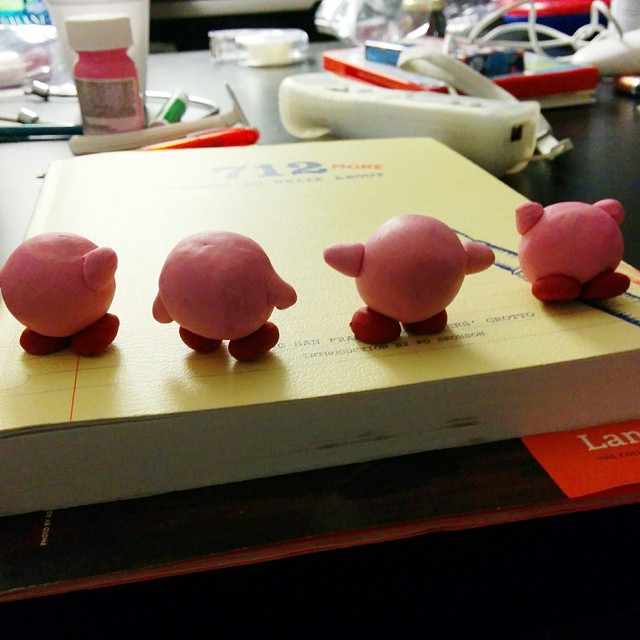 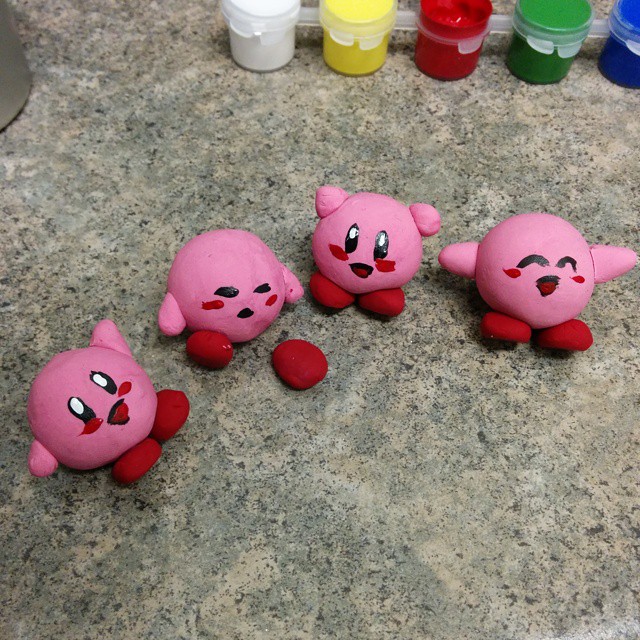 (3) One seated dining area and one standing dining area
aka Copious Amounts of Food and Liquor and Elegant Decor
Original goal to self: Show case my dad’s awesome food from the Cookbook! Have people move around, socialize and also wind down if they need to

Dinner was served by Joe, my dad, the Gastro Papa. My sister provided the decorations and flowers, which were blue and yellow as our theme was gold and blue. We had two areas for people to eat: one was seated and one was standing. The standing area became a mingling area for our social guests, versus the seated area was a rest and catch up area. I am definitely happy I did it half formal, half casual so people could move back and forth.

Below is just the cheese plate which is a preview into the next post. In the next post, I will show you the next post of what my dad whipped up for the party plus recipes. 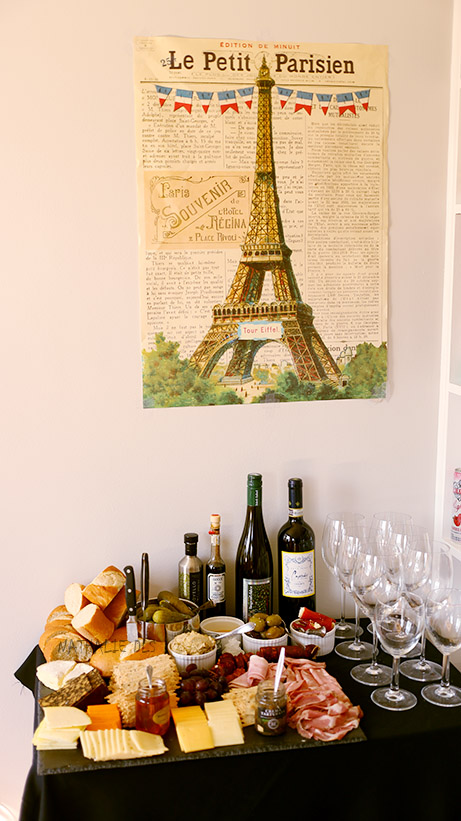 (4) The Resting Room
Original goal to self: Be family friendly!
This is rare, I never open up my bedroom to usual parties. But since some of our guests have children, I wanted a safe/quiet area for breastfeeding, changing diapers, cheering up and sleepy times. Definitely a must if you have mothers and fathers in attendance and don’t have a huge bathroom.

The Engagement Party – The FOOD 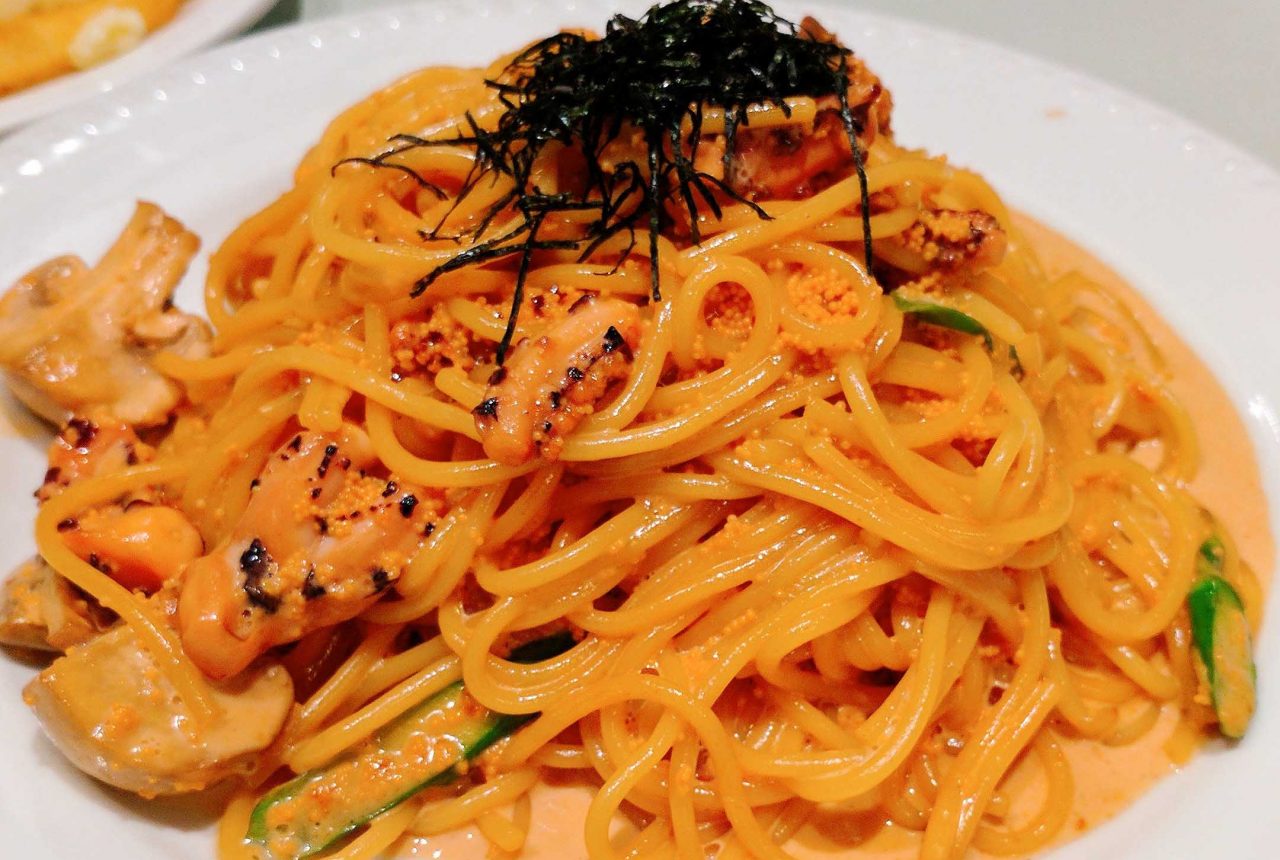 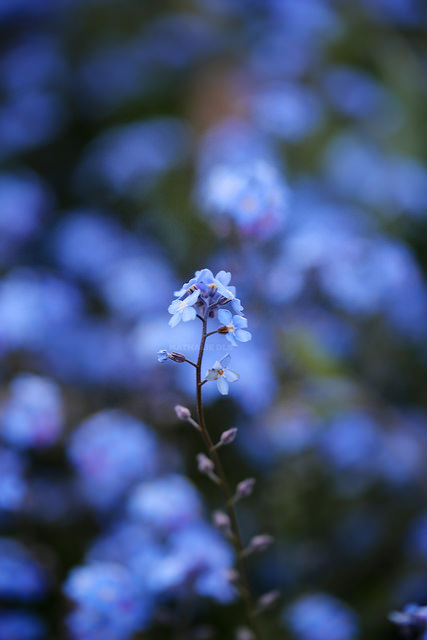 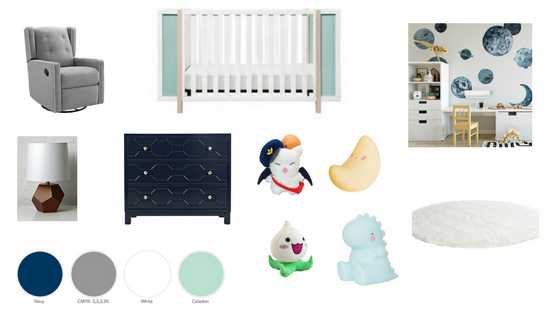 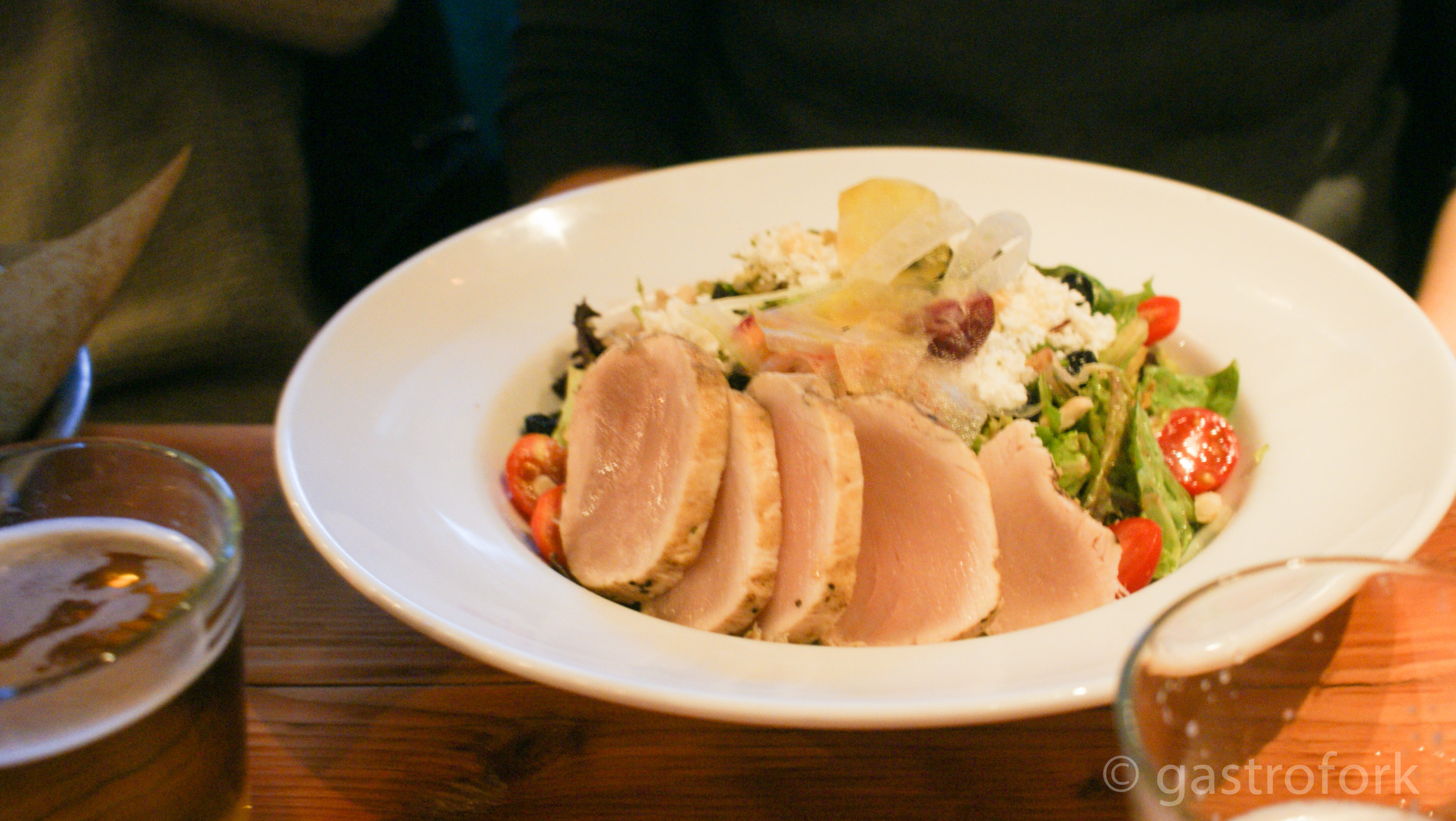 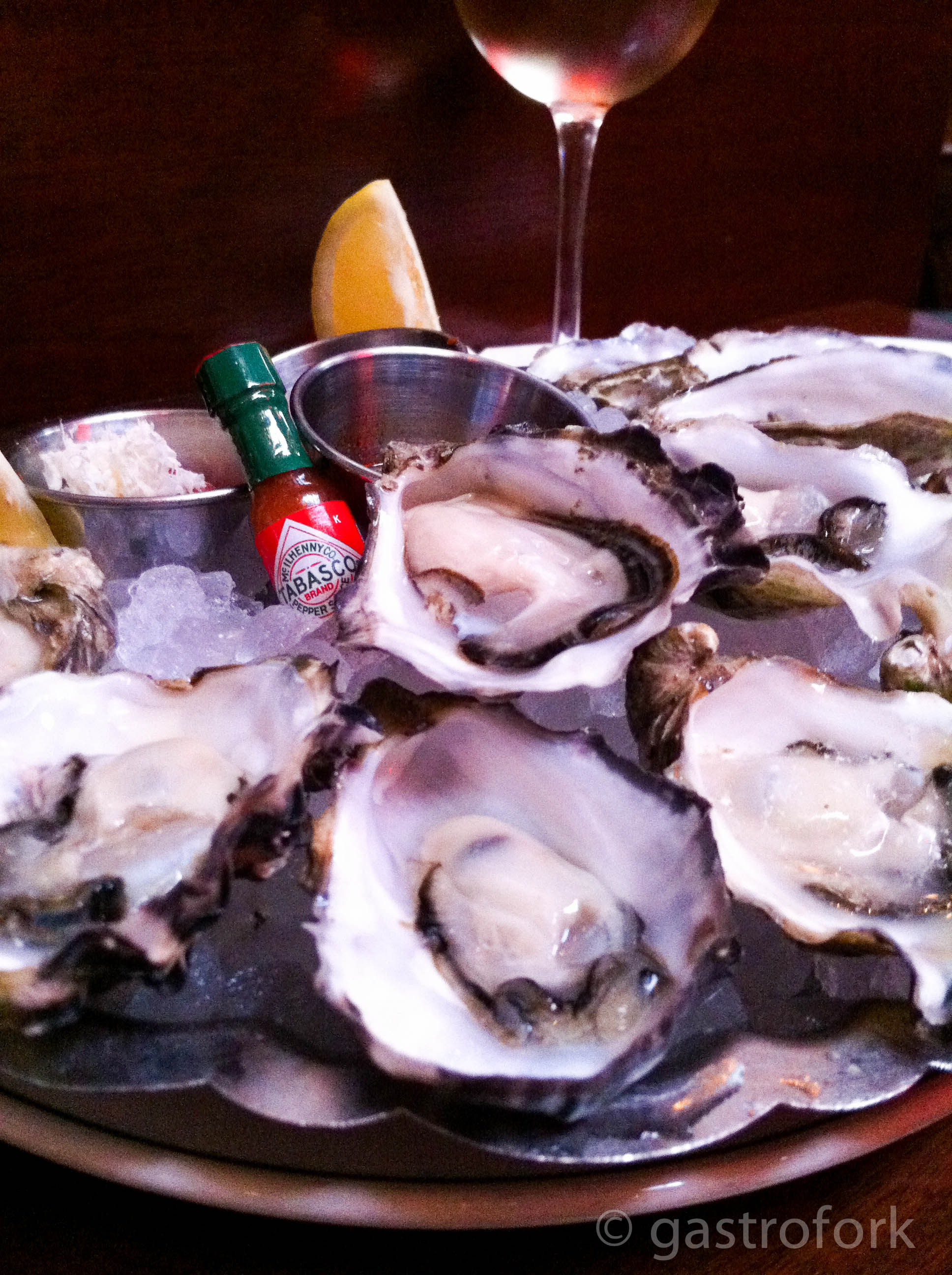