The Great One. Whisky. Wine: could there be a more Canadian combination? Not to be labelled as a one-trick pony, the Wayne Gretzky Estates features a variety of wine but also it’s own distillery for whisky. 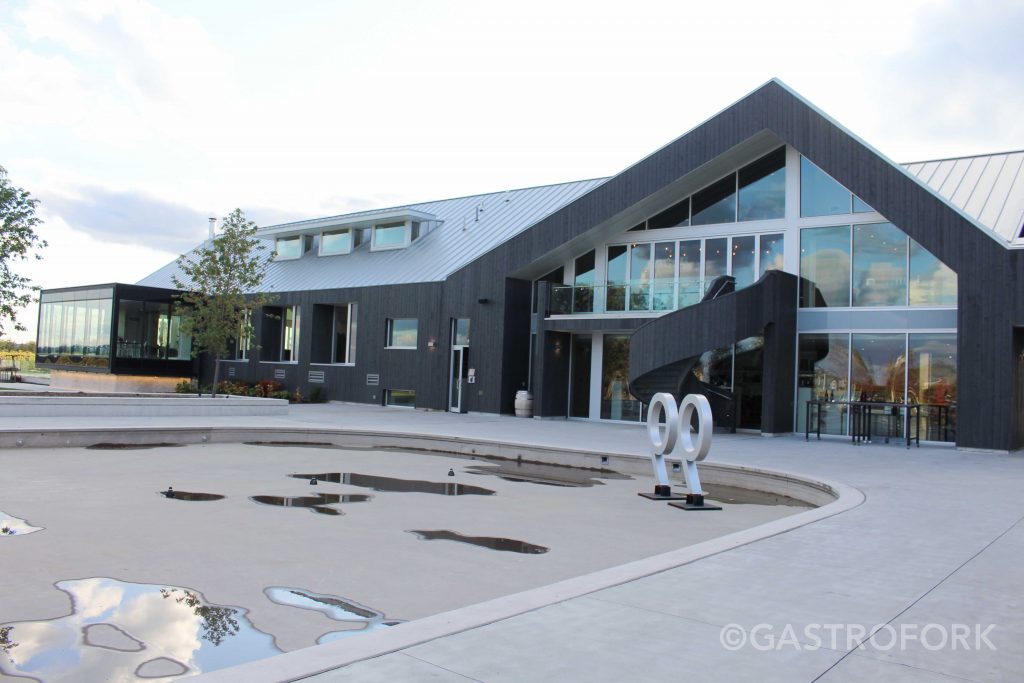 My experience begins with being whisked away from Vancouver to Niagara-on-the-Lake, which is remarkably historic and plans to stay that way. Every building in town features 17th-19th century brick design, even if it houses modern businesses like Starbucks. Besides it’s old charm, Niagara-on-the-Lake is famously known for it’s some 20 wineries in the region. The space here in Niagara-on-the-Lake is much more abundant than the Okanagan, allowing their wineries to sprawl. 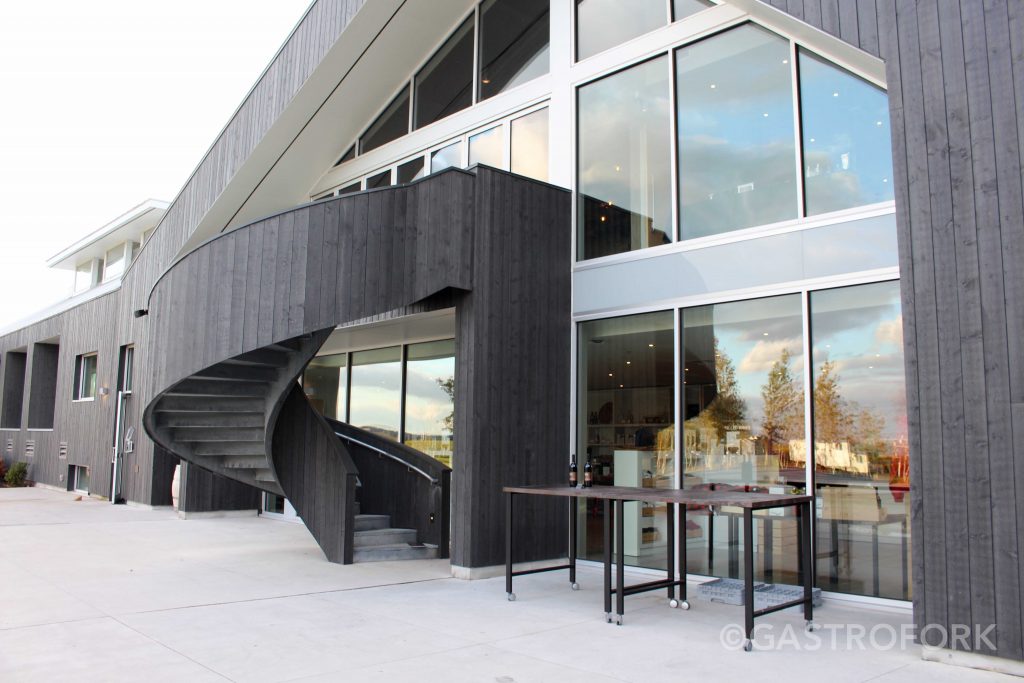 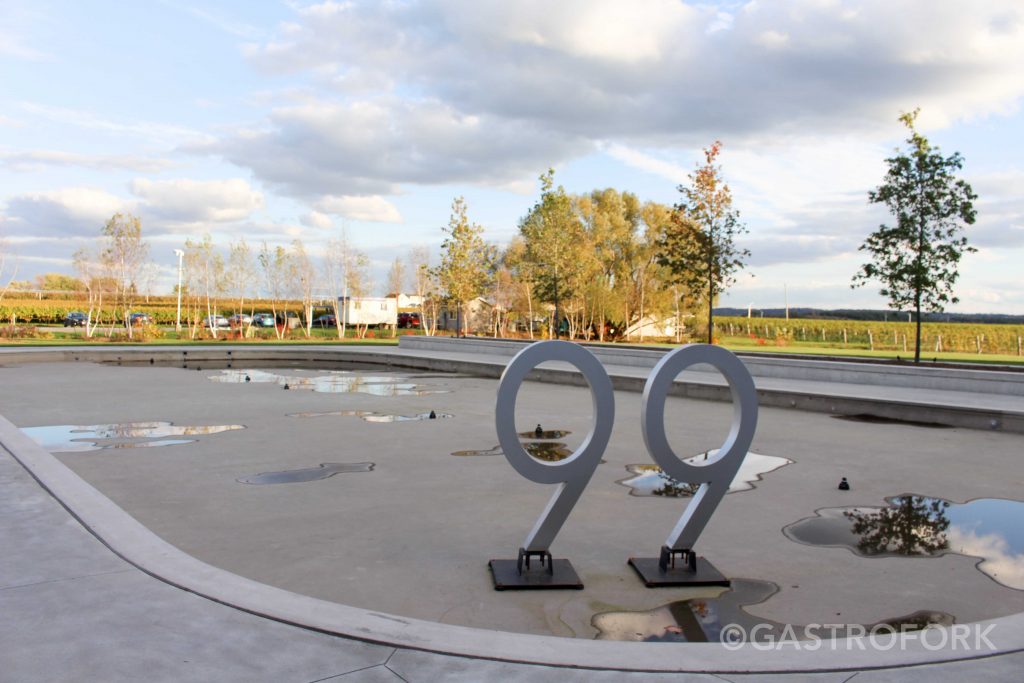 We’re promptly brought to the Wayne Gretzky Estates Winery & Distillery for a welcome reception, a mixing class and dinner. The design of the building itself is modelled to resemble the hockey barn Gretzky grew up playing hockey in. The entire estate is a whopping 23,000 feet, making it the largest winery owned by Andrew Peller Limited. 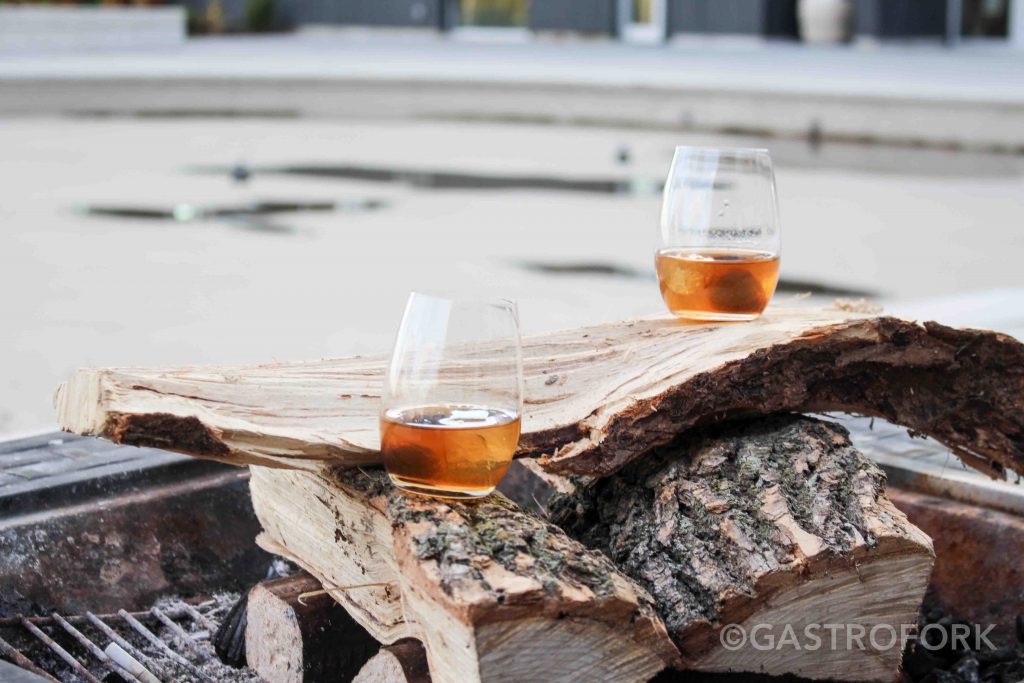 A delicious cocktail awaited us that included pumpkin simple syrup and a whisky that was spiced for the occasion with cinnamon, orange peel and star-anise made with a splash of Dillian’s Bitters – an Ontario based company. 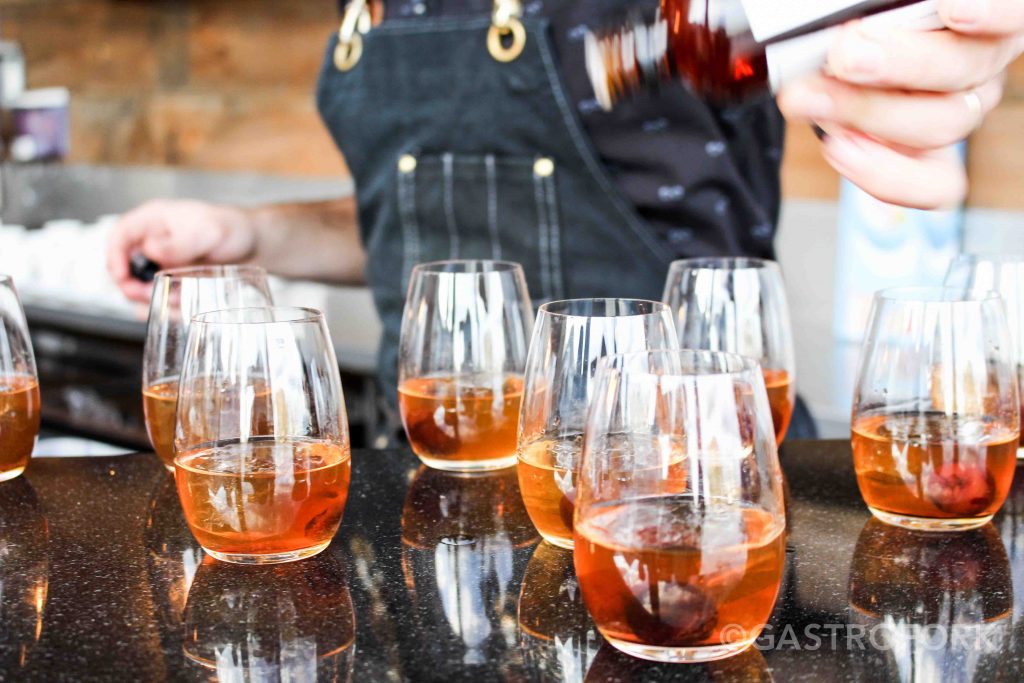 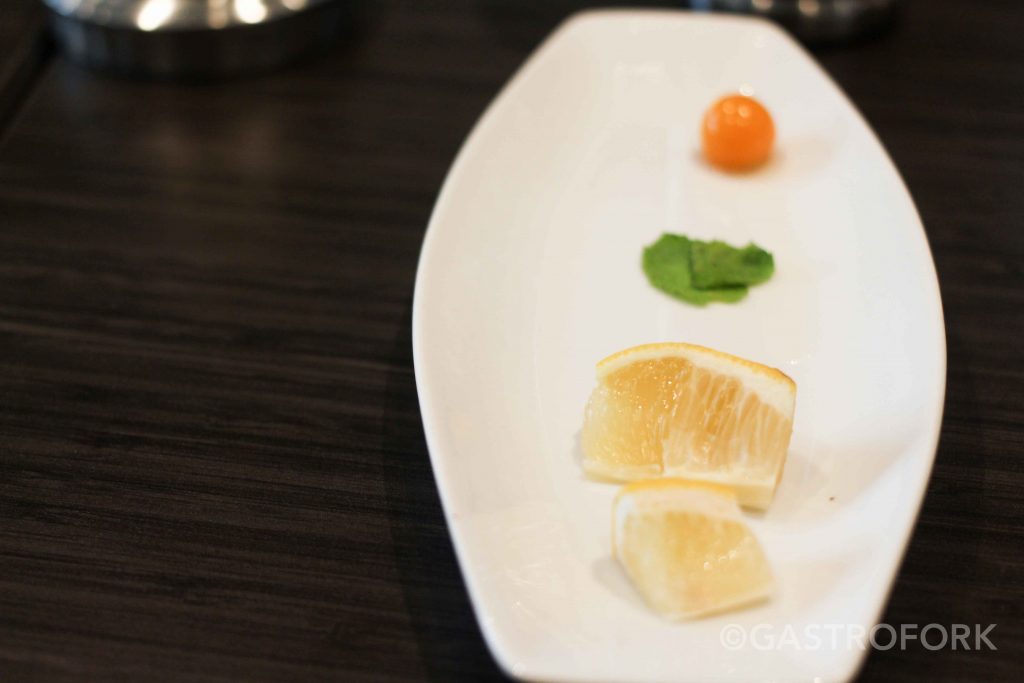 We moved on to a quick mixing class led by Zac Kvas where we spent some time learning how to appreciate the whisky using hints of floral, sweet, sour and smokey notes. 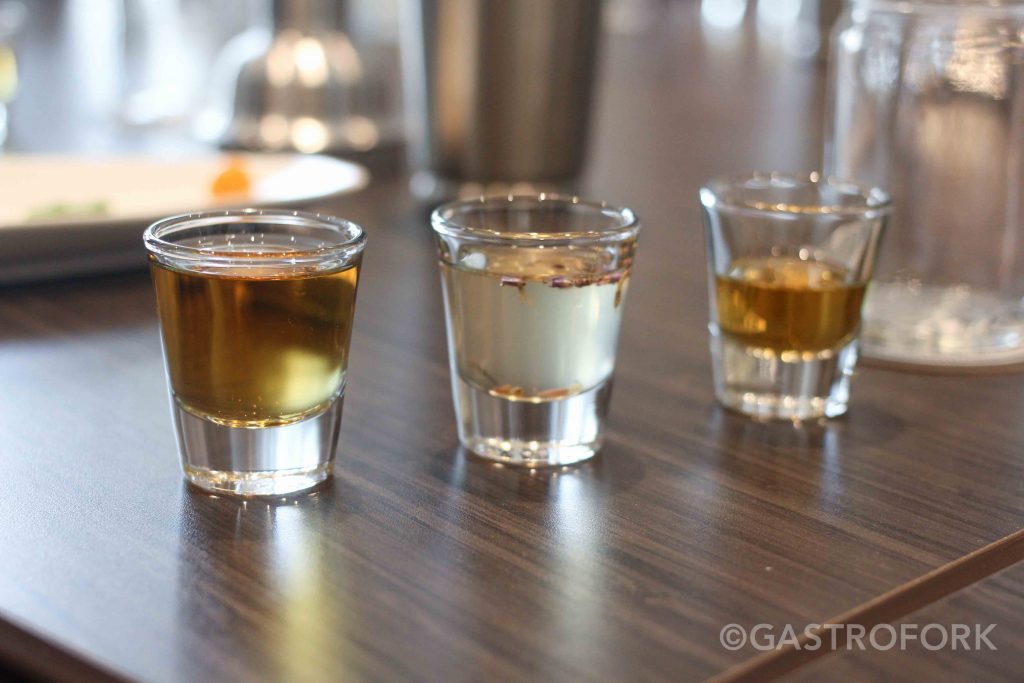 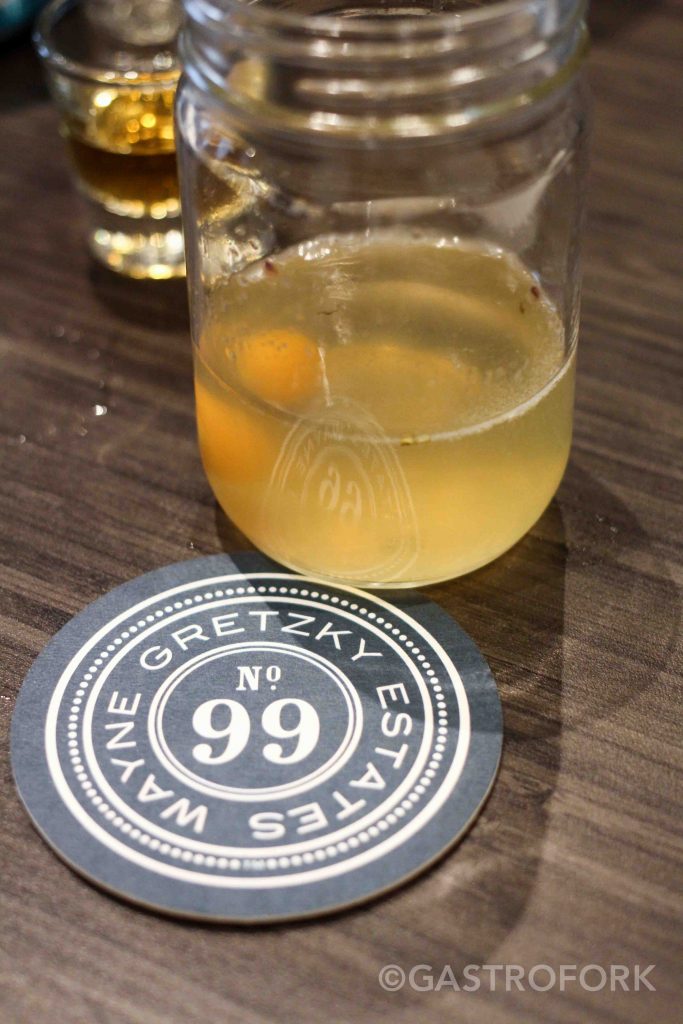 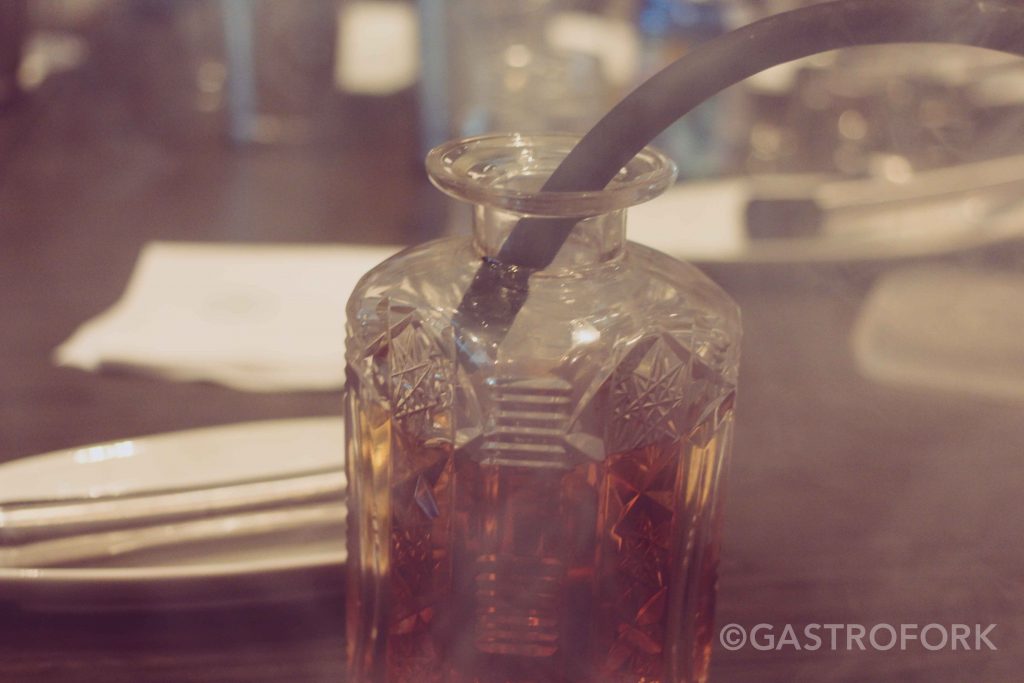 After this hands on experience, we moved on to our Wine & Whisky Dinner featuring deliciously made cocktails and wines that complimented every dish prepared. We voted at every course which paired better with our food, the wine or the whisky cocktail. 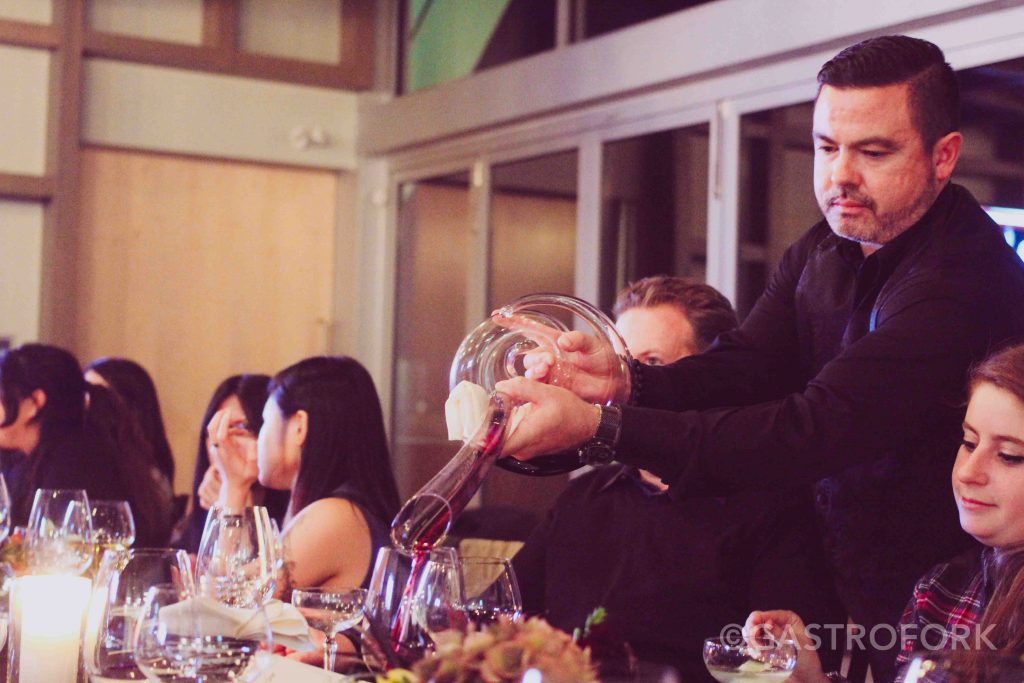 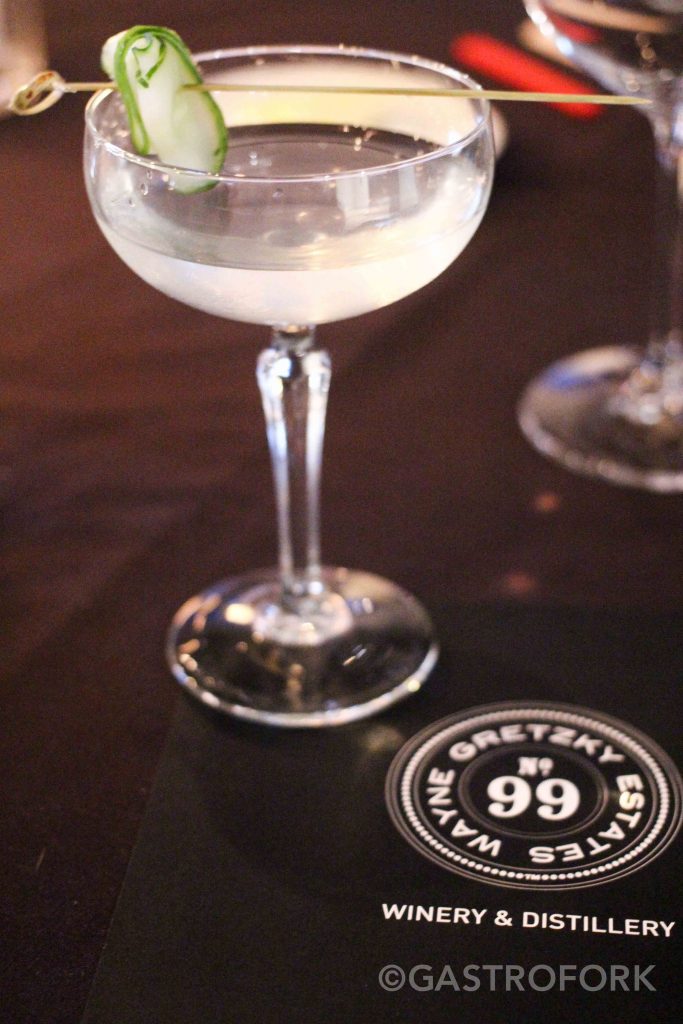 Our first course was the Fall Minestrone Soup served with the Wayne Gretzky Estate Chardonnay 2013 and the “Indiana Jones and the Fennel of Doom”. The fragrant and beautiful cocktail was already extremely inviting as you inhale the sweet, cucumber notes, but even more so as you sip on it alongside a hearty bowl of soup. It balanced out the richness of the soup with its tart, herbal like taste. 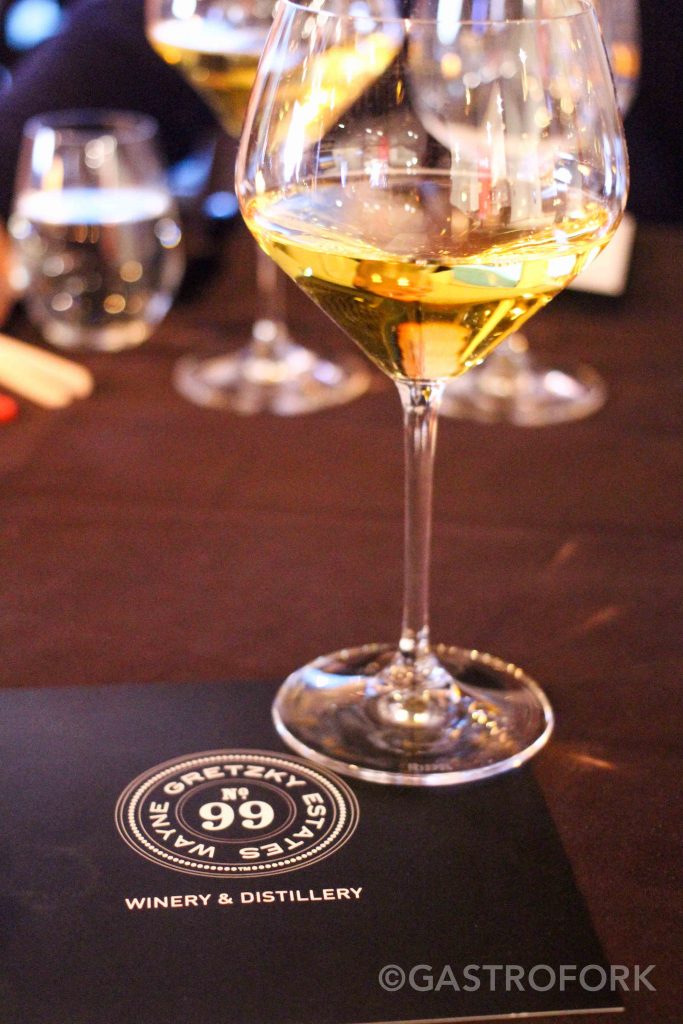 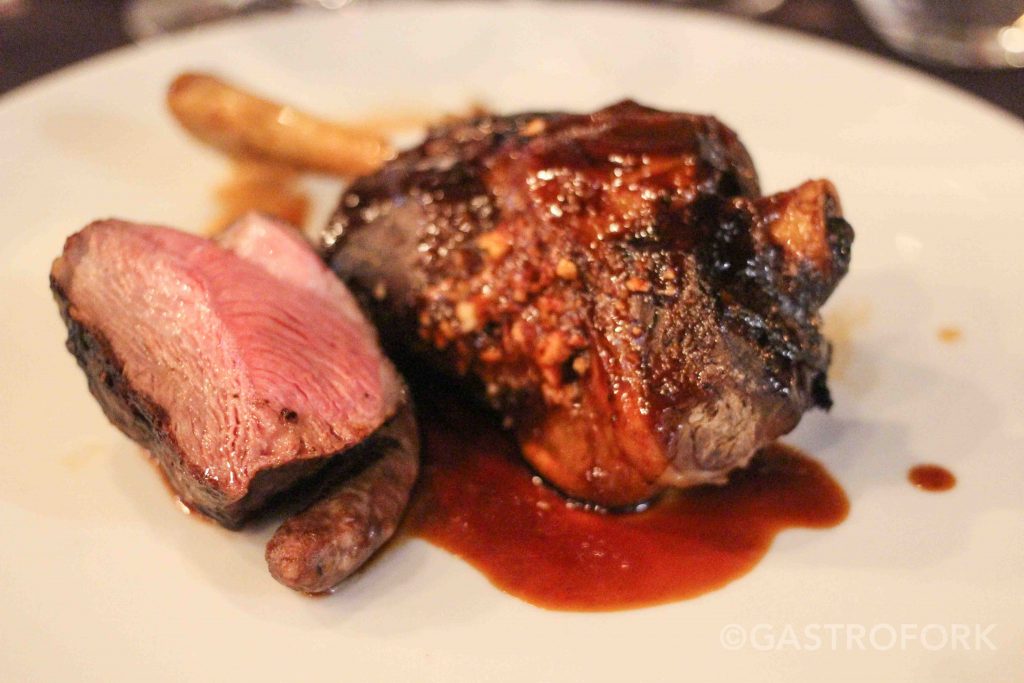 Although I enjoyed the cocktail just as much as I did the wine, it felt almost instinctive to pick a red wine to go with the lamb course. I would love this cocktail on it’s own, however. Our final course is dessert, which we had by the fireside. There were several treats for us to enjoy but the most noteworthy was the Wayne Gretzky Creamed Whisky. Similar in concept to Bailey’s, it’s made with fresh local Ontario cream and had a wonderfully slightly sweet and spicy taste to it that was irresistible to the majority of our group!  We sampled the Wayne Gretzky Estate Vidal Icewine 2016 that was a nice, sweet way to end the evening as well. We had a behind the scenes tour of where the wines are aged and processed. 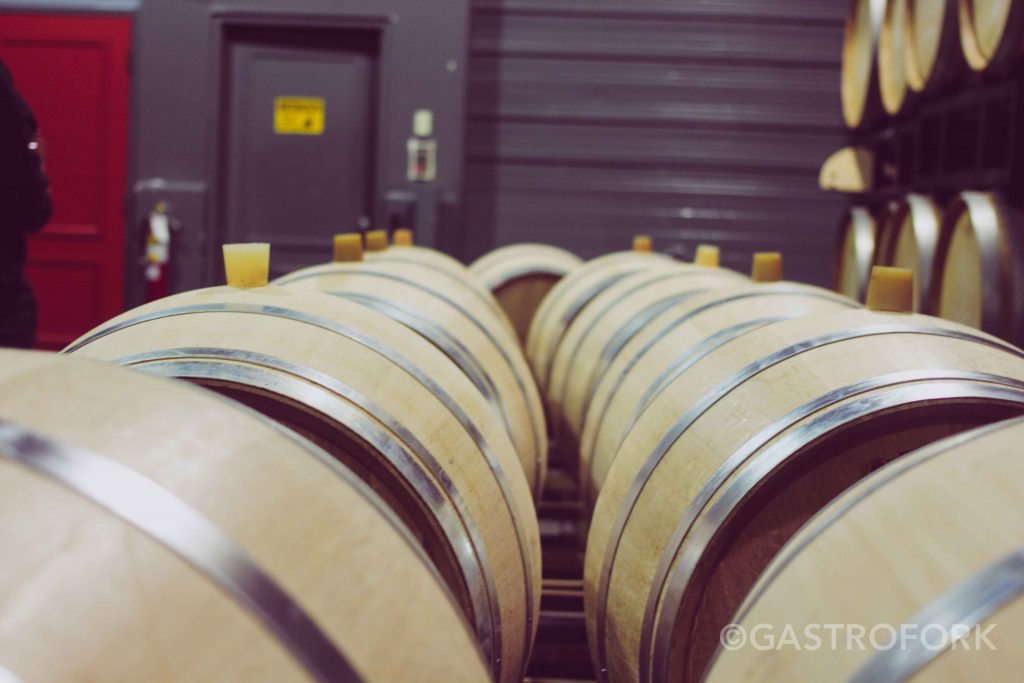 They also feature their Estate Series (of red and white). I really enjoyed the red which was on the slightly sweet side with a nice tart yet sweet taste of berries. 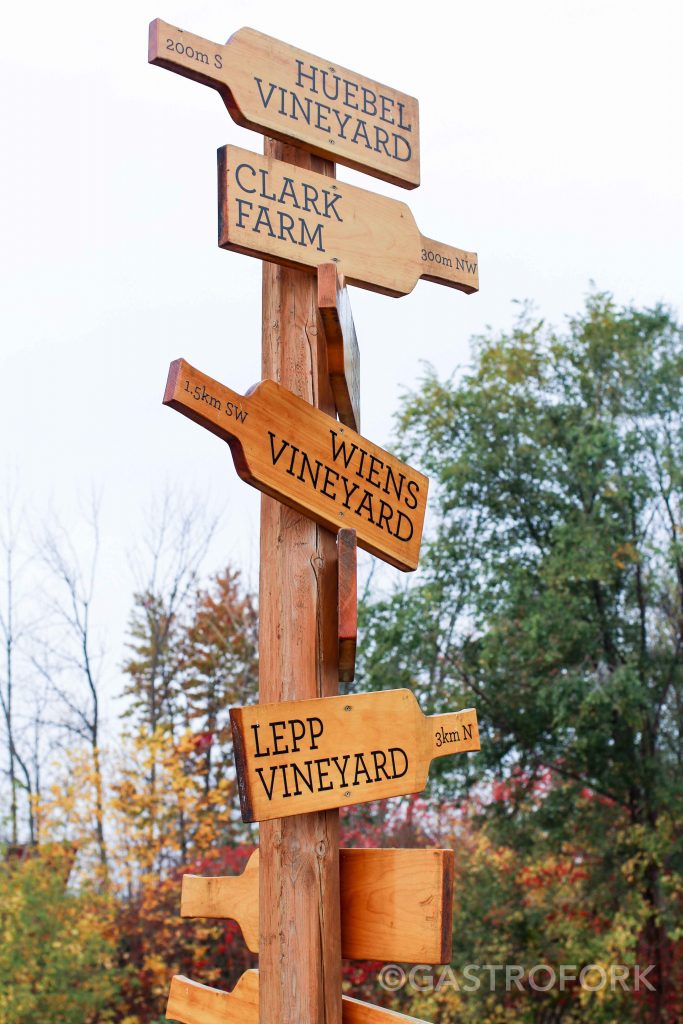 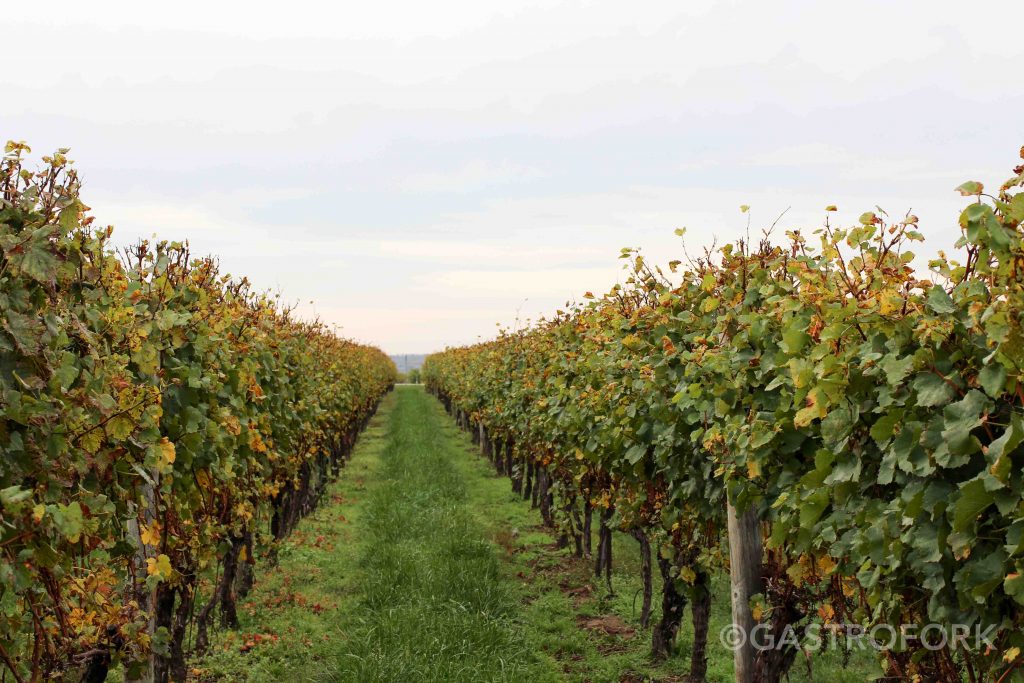 Joshua Beach is the Master Distiller at the Wayne Gretzky Estates. I found out that Joshua is one of original founding members of Odd Society Spirits here in Vancouver – which made a lot of sense, since you could definitely tell that Joshua is proud of his craft as he showed us the nuances between the whiskys and the process.

The whisky is made with locally sourced grains which are then distilled, matured, blended and then finished in different wine casks. The Ice Cask is a nice slightly sweet whisky that balances perfectly with the spiciness that comes with the spirit. I love the slightly bitter but sweet tastes of chocolate in it.

The Red Cask has a richness in it with a subtle hint of nuttiness.

The Ninety Nine Proof seems more like a traditional, proper whisky which you can either enjoy neat or with a splash of water. The winery offers several tours and dinners you can participate in for a fairly decent price! To learn more about them, check out their website here. http://www.gretzkyestateswines.com

Disclosure: I’d like to thank the Wayne Gretzky Estates for inviting me out to experience their wonderful winery and distillery.